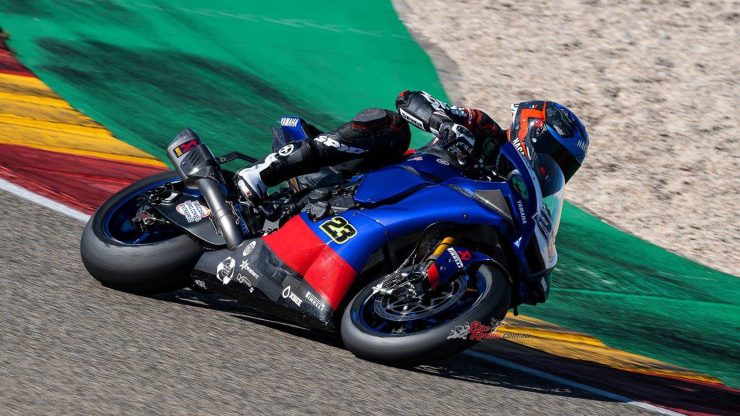 Three Yamaha teams headed to MotorLand Aragon to continue their preparations for the 2022 MOTUL FIM Superbike World Championship as Pata Yamaha with Brixx WorldSBK were joined on track by GRT Yamaha WorldSBK Team and Gil Motor Sport-Yamaha at the Spanish venue. 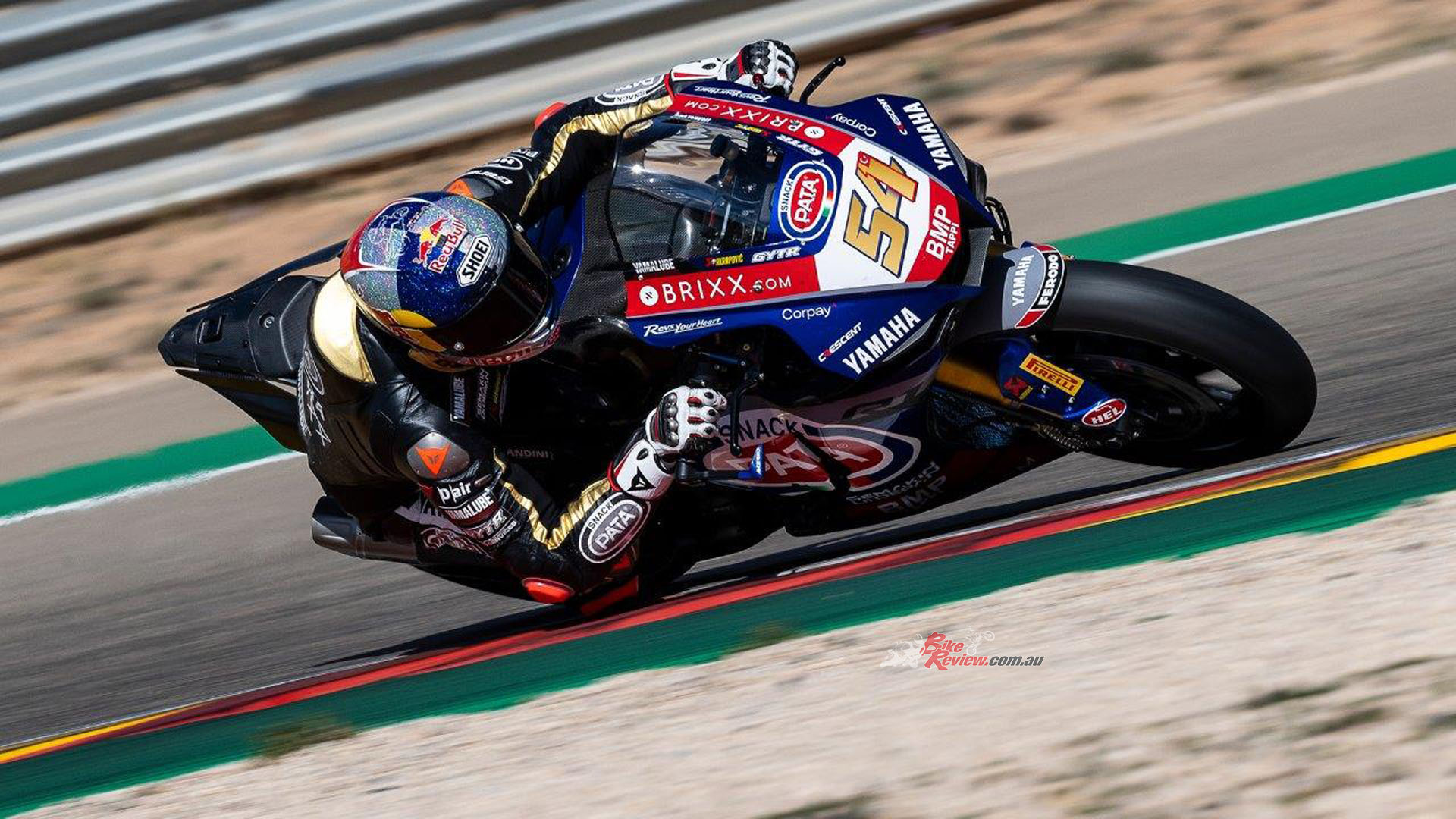 Reigning champion Toprak Razgatlioglu (Pata Yamaha with Brixx WorldSBK) continued his off-season testing ahead of his title defence by topping the timesheets in Alcañiz with a 1’49.746s. The Turkish star completed 84 laps on Thursday throughout the day, adding to his 26 laps from Wednesday for a total of 110. Razgatlioglu’s fastest lap was faster than any race lap from the 2021 Aragon Round and quicker than any previous Yamaha race lap at the venue.

Teammate Andrea Locatelli was third fastest, two tenths away from his teammate, but put in the most laps of everybody at the test as he racked up 30 on Wednesday and 85 on Thursday for a total of 115. 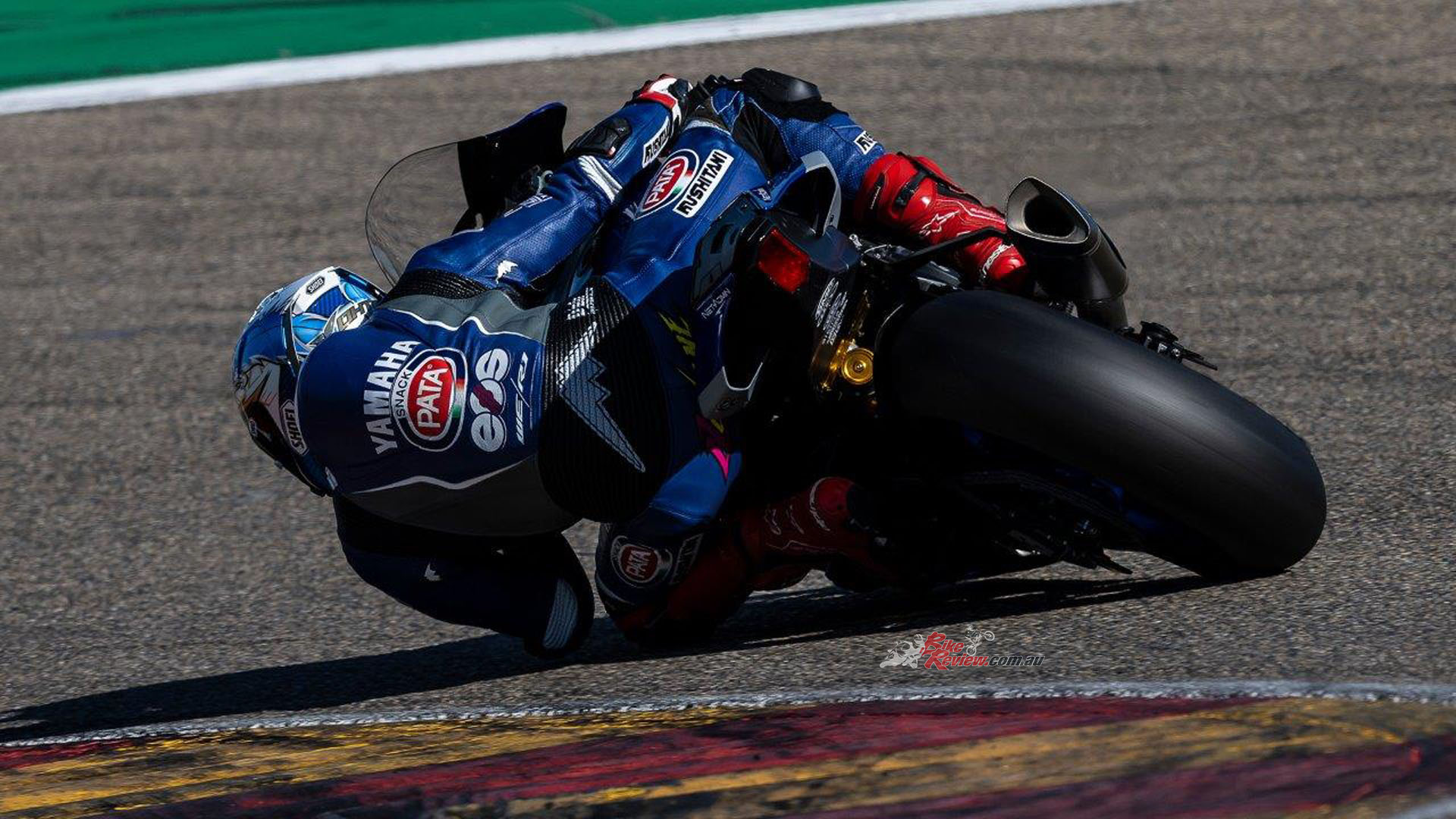 Pata Yamaha worked on the mechanical side of their Yamaha YZF-R1 machine throughout the test, including electronic changes.  They also focussed on the acceleration of the bike to help improve the all-round performance of the engine and spent the entire test using Pirelli’s SC0 tyre. Locatelli’s side of the garage was also working on the suspension of his machine including different links.

It was a strong test for Garrett Gerloff (GRT Yamaha WorldSBK Team) on the team’s first test of the 2022 off-season. The American posted a time of 1’49.820s, only 0.074s away from Razgatlioglu’s pace setting time and racked up 106 laps across the two days of testing: 21 on Wednesday and 85 on Thursday. As he embarks on his third year in world superbike, Gerloff hopes his strong pace in testing transfers into racing when the action gets underway at Aragon on April 8-10. 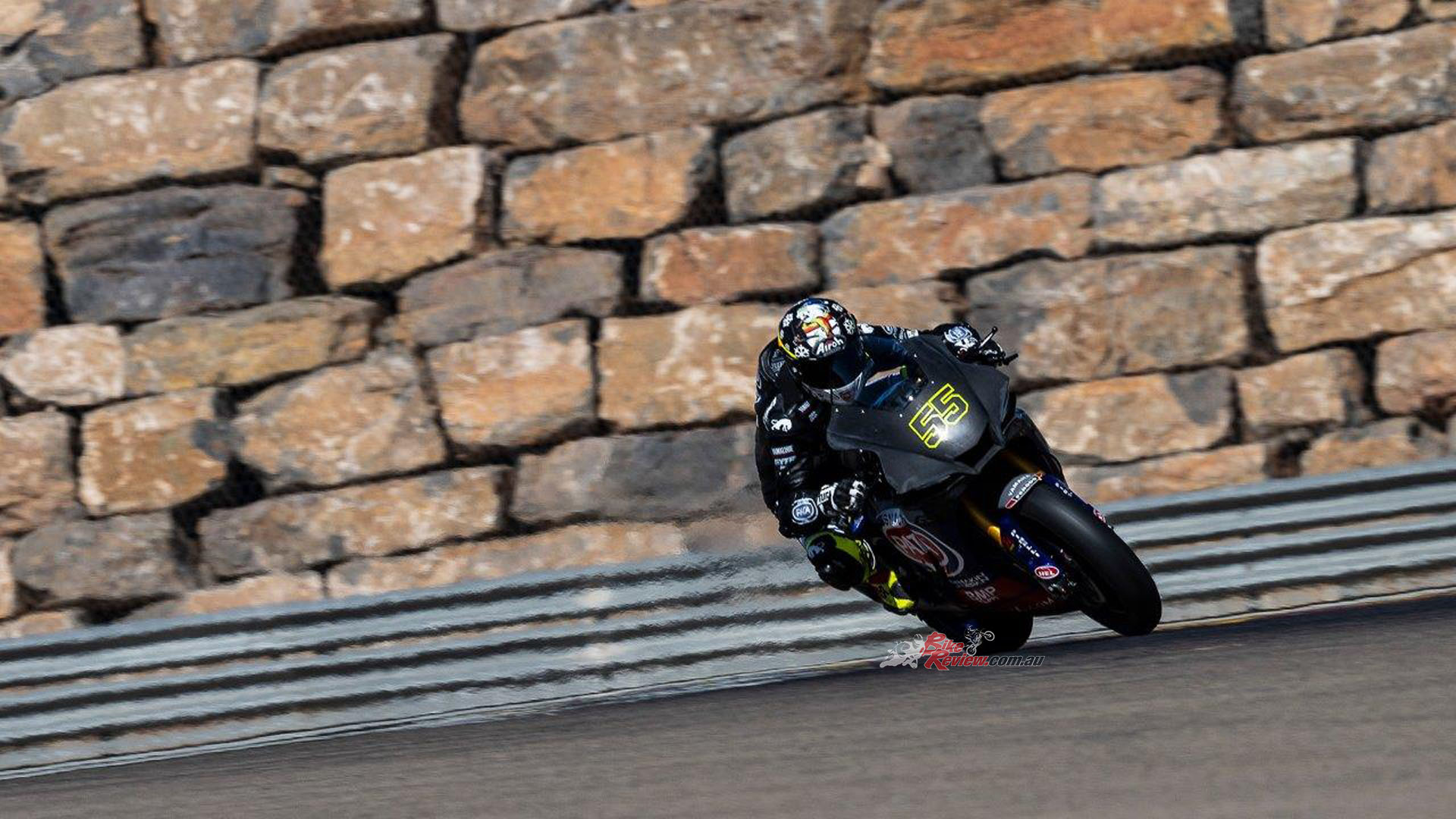 The test was originally scheduled for Thursday and Friday, the threat of bad weather meant all three teams took to the track on Wednesday for some brief running before the rain fell.

Gerloff’s teammate, Kohta Nozane, was fourth fastest as he made his first appearance in 2022 testing with a time of 1’51.238s. The Japanese rider, entering his second season in WorldSBK, completed 90 laps; 16 on Wednesday before adding 74 on Thursday. GRT Yamaha were able to test the same tank that Razgatlioglu used in the Portimao test with their main focus throughout the two days on rider position and the balance of the bike.

Christophe Ponsson rounded out the field for Gil Motor Sport-Yamaha as the Frenchman completed 84 laps across the two days, adding 74 on day two of the test to the 10 he completed on Wednesday. Now in his second season with the family-run team, Ponsson posted a best time of 1’52.341s throughout the test as he goes in search of consistent top-10 finishes.