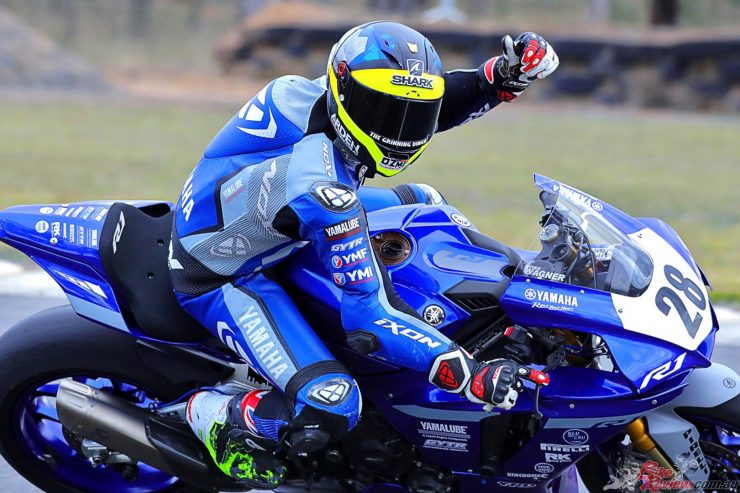 YRT and Aiden Wagner back on track at Morgan Park

Aiden Wagner and the Yamaha Racing Team competed in round two of the Queensland Road Racing Championships at Morgan Park, Warwick. With border restrictions still in place, Cru Halliday was unable to attend the event, leaving Aiden Wagner as the lone-ranger for the team. 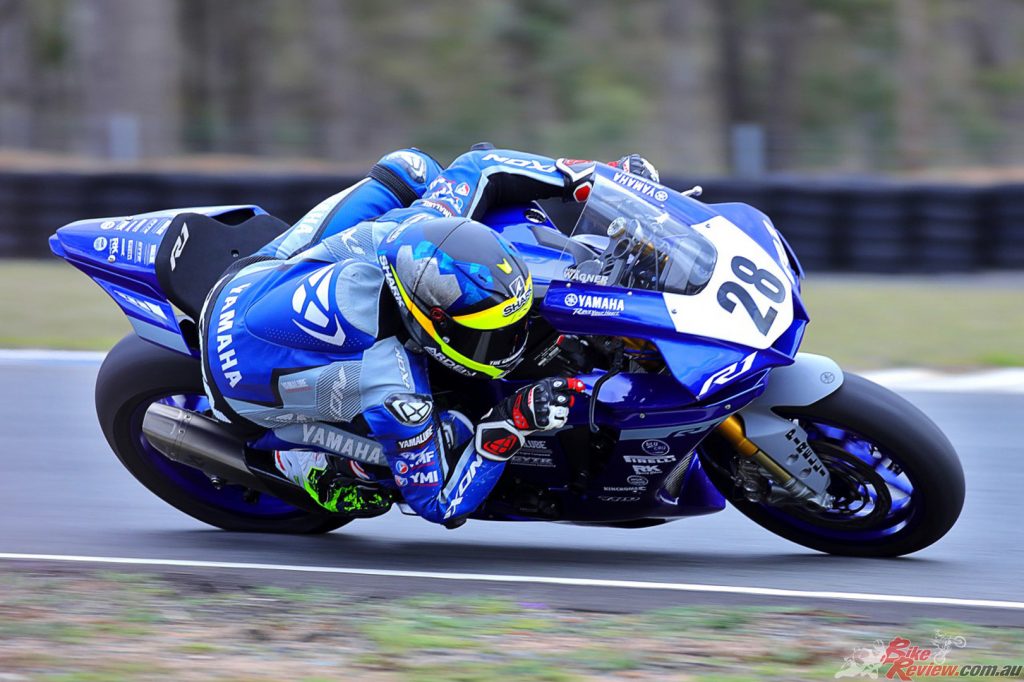 In the four races contested over the weekend, Wagner finished with 1-2-1-3 results and finished on 88 points.

Despite not being able to have a full list of ASBK stars, the Superbike field had Wagner up against the Ducati duo of Mike Jones and Oli Bayliss and the racing proved to be tight, on a cold and windy day in Warwick that saw some close and intense racing and months of pent up aggression released on track. It came down to a countback to separate Wagner and Jones at the end of the day.

In the four races contested over the weekend, Wagner finished with 1-2-1-3 results and finished on 88 points, equal with Jones who compiled 3-1-2-1 finishes to get the round win by virtue of a better finish in the final race. 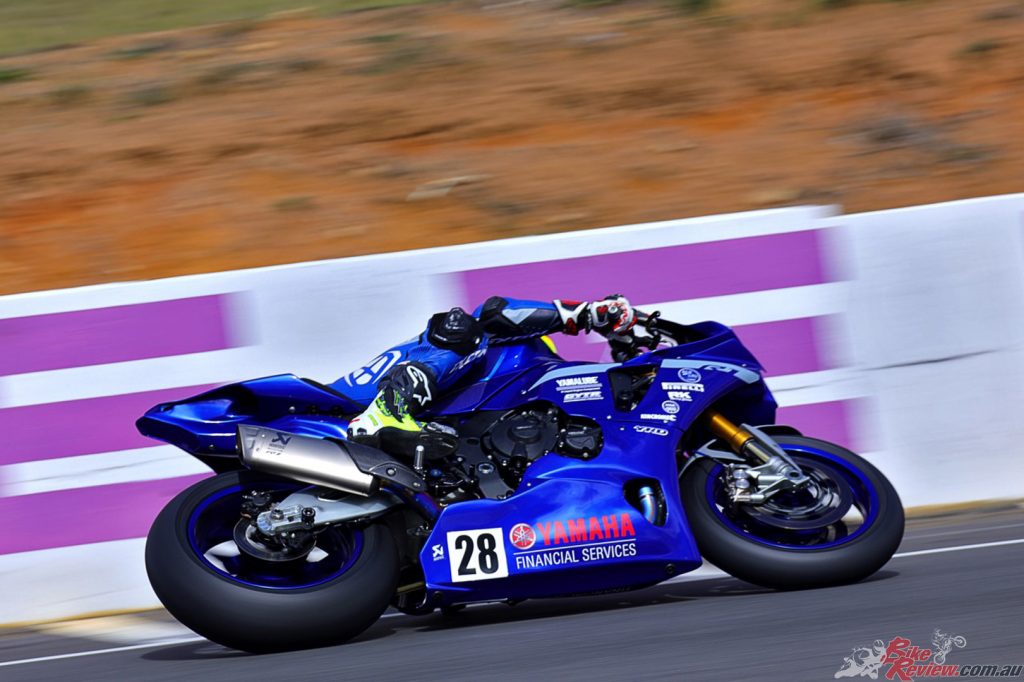 Wagner was YRT’s lone ranger, as Cru Halliday found himself held up by border closures.

Wagner kicked off the day in great fashion taking the opening leg victory with over a 10 second gap back to second place. Leg two and it was all Jones and Wagner as the pair went wheel to wheel for the entire race with Jones finishing just .1 of a second ahead of Wagner in a thriller. Race three and Wagner was back up front and raced to a comfortable victory before it was in again in the final race with Wagner running wide in a corner on the final lap and forced to take third.

“Its been a long time between races but it’s awesome to be back on track and on my R1M,” Wagner begins. “It might not be an ASBK round but it’s racing and we are fortunate enough to be able to compete, so thank you to The Sportsmen Club, MQ and also Yamaha for making this happen. 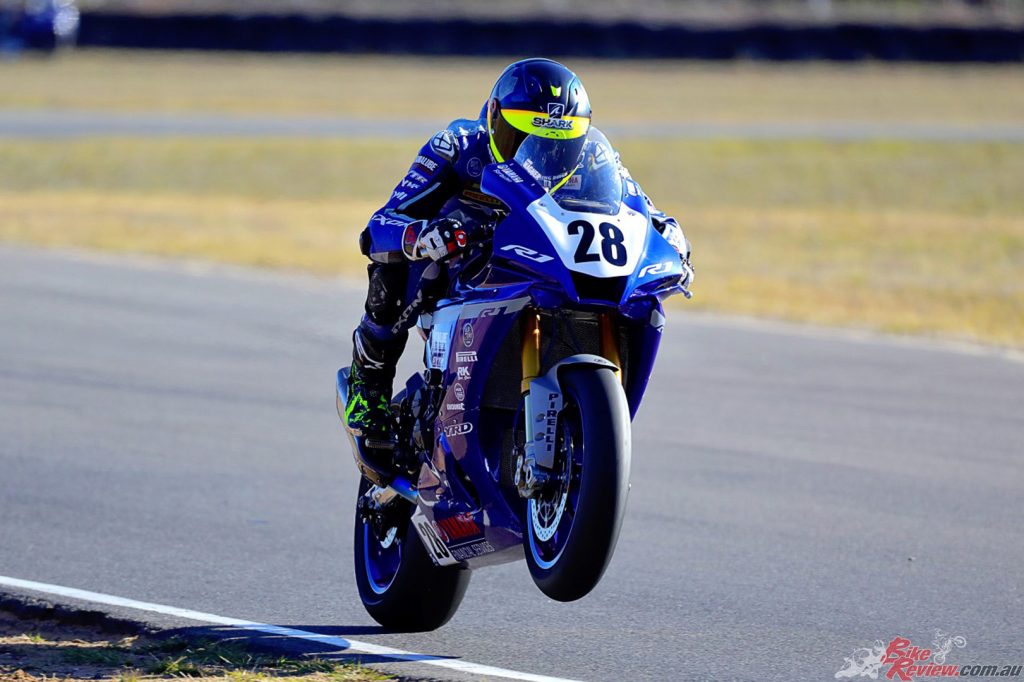 The weekend also proved worthwhile for the entire YRT crew who have been desperate to get back to the track.

“It’s also the first time this year I have been able to race injury free. I had some hand and wrist issues at the beginning of the year but have recovered 100% and it feels good to be strong on the bike and back towards full race speed.

“The team had the bike in good shape and despite the windy and the cold conditions, we were able to generate some good lap times and for me the hit out was needed to get some race miles back into my mind and body. I enjoyed the weekend at Morgan Park and hopefully we can get some more racing done before the end of the year,” Wagner ends. 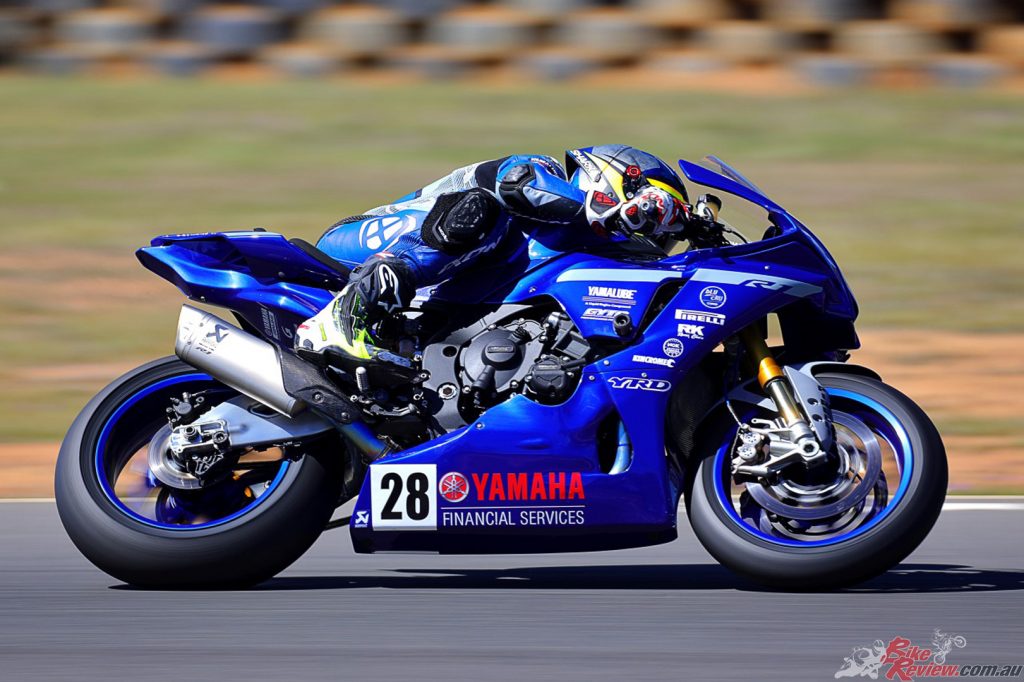 “Its been a long time between races but it’s awesome to be back on track and on my R1M.” Wagner said.

The weekend also proved worthwhile for the entire YRT crew who have been desperate to get back to the track after a long COVD lay-off.

“I think it’s important we race events like this in this situation,” explains YRT’s John Redding. “Racing is the reason why we do what we do and there is no doubt our guys love their jobs and miss the rewards and satisfaction racing provides. It was also an opportunity to represent Yamaha and our sponsors at an event and we hope things return to normal soon so the entire racing fraternity can get back in action.”