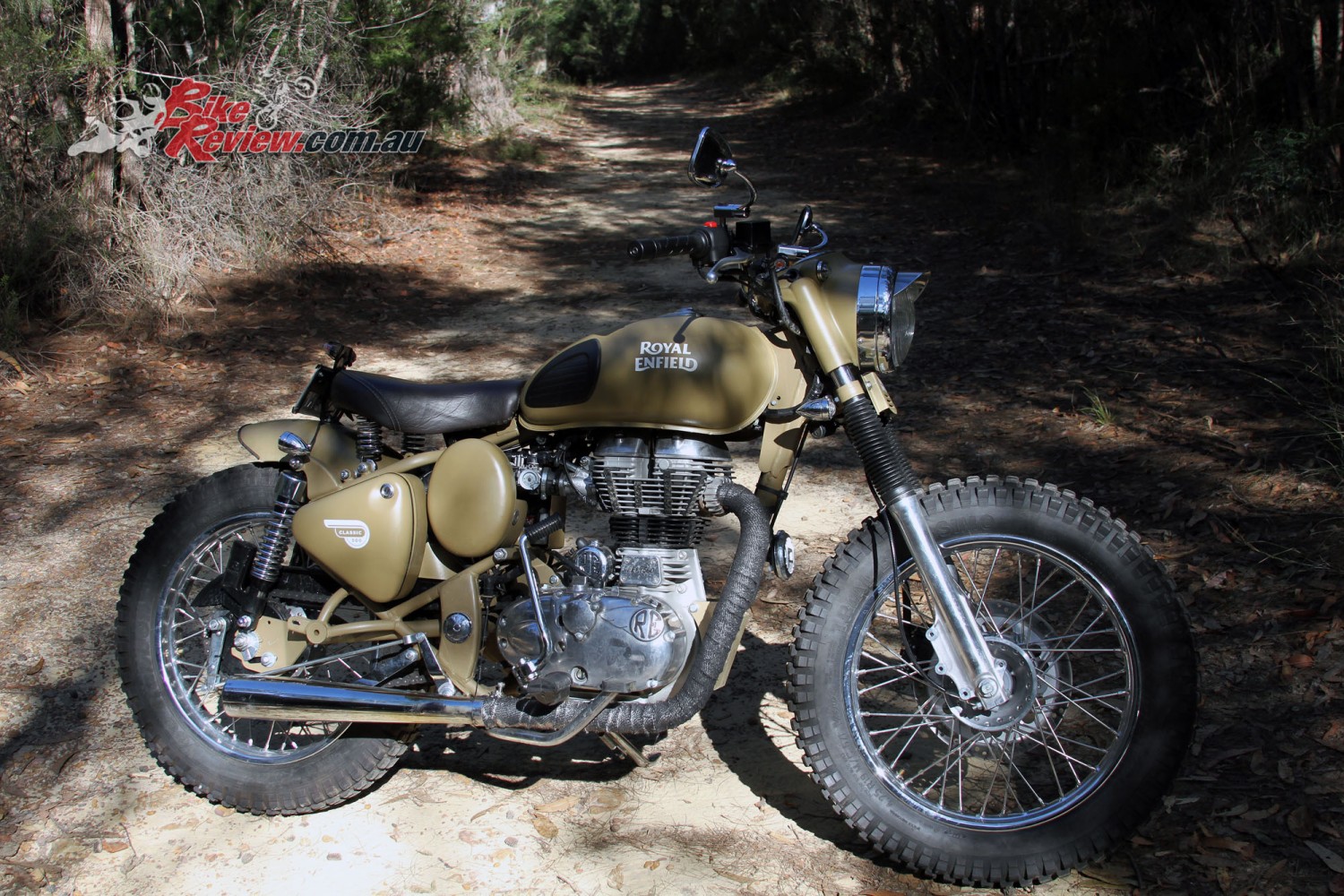 This dirt-tracker themed Royal Enfield Classic Desert Storm is something out of the ordinary with knobby tyres and wrapped exhaust. Review & Photographs: Kris Hodgson 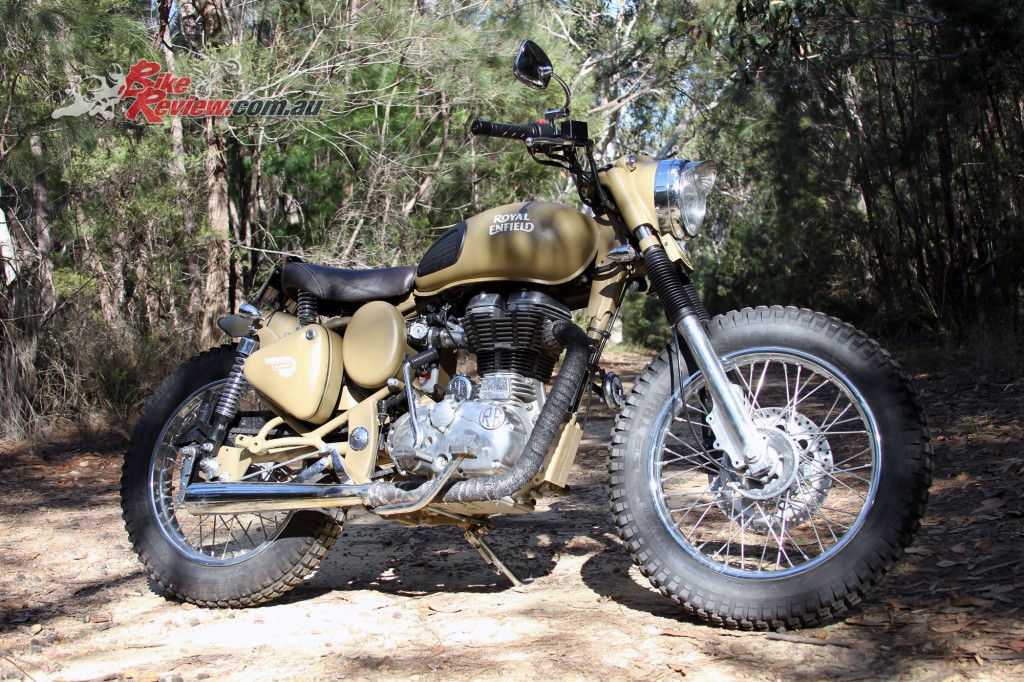 This custom Classic Desert Storm has been stripped back, lending the bike a lighter and more aggressive look than the original. Take a look at our test on the Classic Squadron Blue for a good comparison!

The Desert Storm in question is actually a custom creation however, put together in-house by the team from Royal Enfield Australia as an example of the many easy modifications that can be done to customise your machine. In this case it’s more dirt tracker themed, with the most obvious change being the knobby tyres and sports exhaust.

It’s not hard to imagine that many Royal Enfield owners will be taking the custom route either, with the low buy-in price ensuring that compared to many other options you’ll have plenty of moolah left over to pick up Royal Enfield of aftermarket accessories. 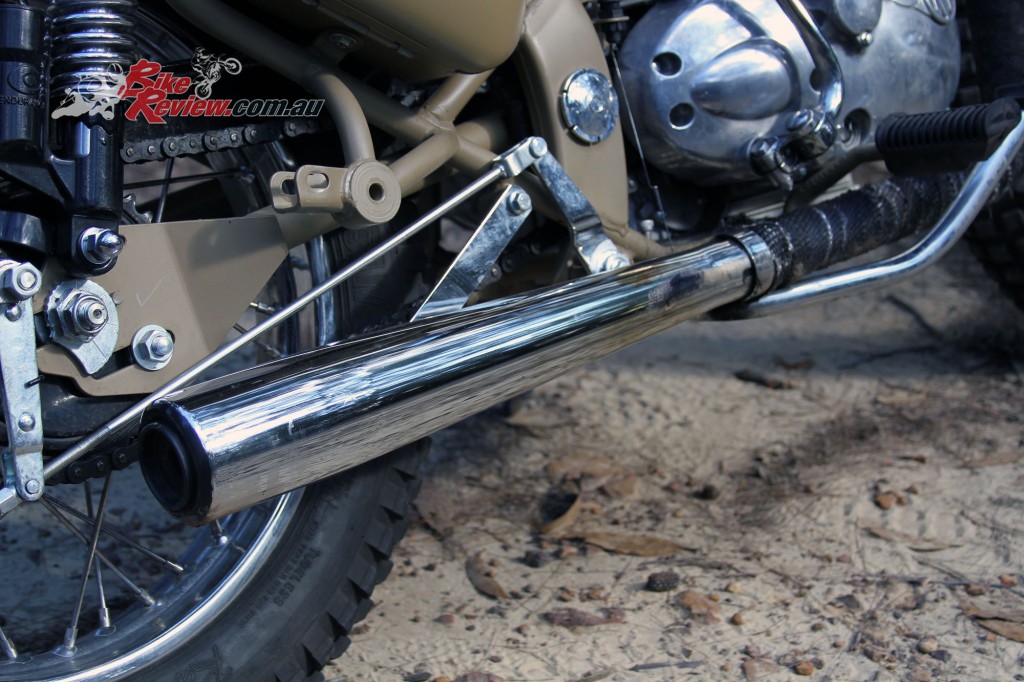 The Sports exhaust gave the bike a more audible note, which is great for ensuring people take notice of you. I did leave a bit of my textile pants melted to the exhaust however!

Picking the bike up from Royal Enfield Sydney on Parramatta road, Will the owner did warn me that this bike was pretty loud with the sports exhaust, which was true enough compared to the standard offerings, but was pretty comfortable on the volume side of things on board with a helmet on.

The knobby tyres also give the bike quite an interesting handling characteristic to say the least, which required a bit more concentration and active control than the standard easy going Classic 500s. Having a rear dirt track/trials tyre on the front certainly didn’t help! But this bike is more about show than go.

Genuine Royal Enfield accessories included the handlebars and saddle, while the sports exhaust lends the bike a more raucous note and is joined by exhaust wrapping on the header for that old school feel. 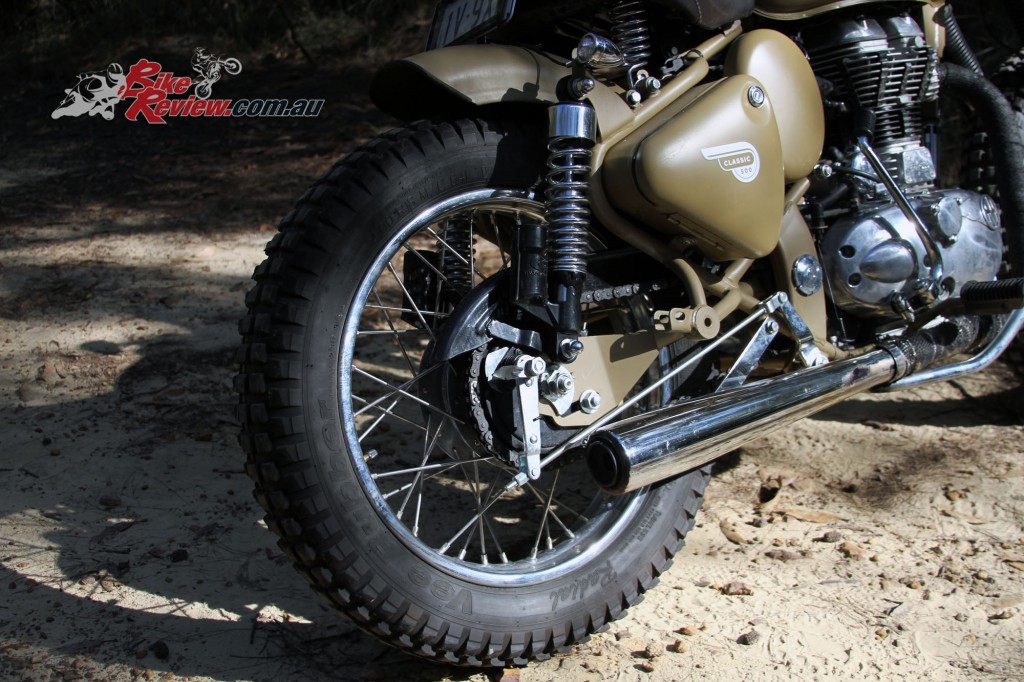 The knobby tyres look the business and while they can be interesting on the road are great in rougher conditions.

The tyres are a set of Vee Rubber Trials options that are road legal and fitted onto the standard wheels, while the rear guard has been chopped down and the front guard removed.

On the rear the chopped down guard is joined by a modified tail light and licence plate assembly and custom indicators, for a much cleaner look, while the front indicators are likewise custom jobbies.

In keep with the theme the front forks have been modified with the covers removed and replaced by dust boots, with a set of aftermarket mirrors giving good rear vision on the ‘bars. 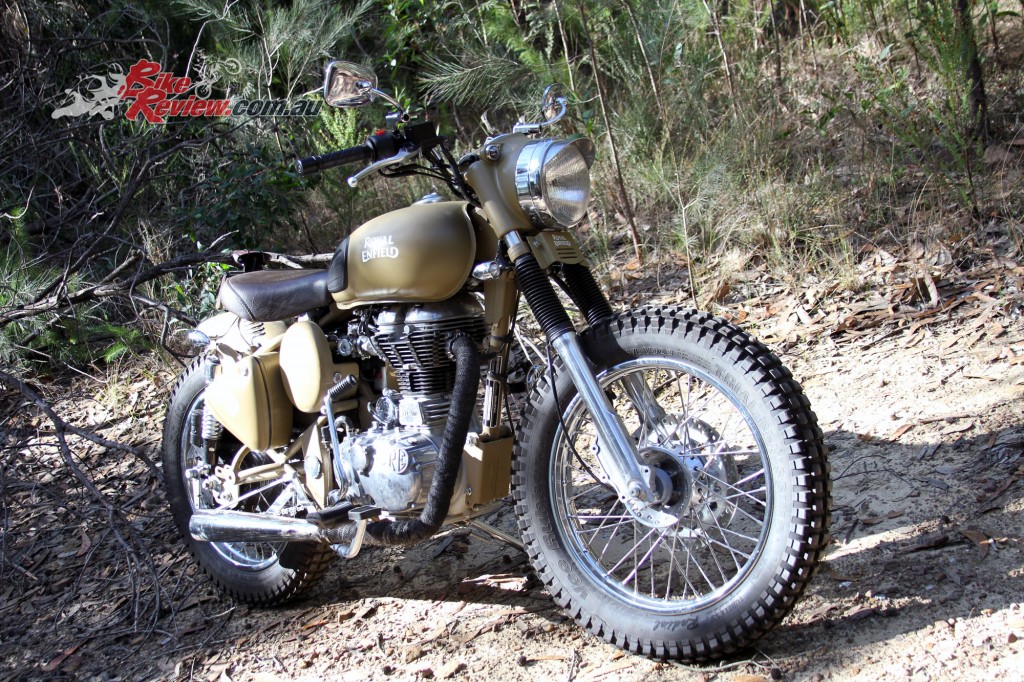 This custom Desert Storm is a capable machine for getting adventurous!

It’s the kind of modifications that are easily achieved at home if you’re looking to really mix things up a little, and the end result is a bike that caught even more attention than the Squadron Blue model, which is saying something!

On the road you did lose that really relaxed handling with the tyre change, but I was pleasantly surprised taking the bike to get some photos in a fitting environment to find the bike was perfectly happy over rough terrain. 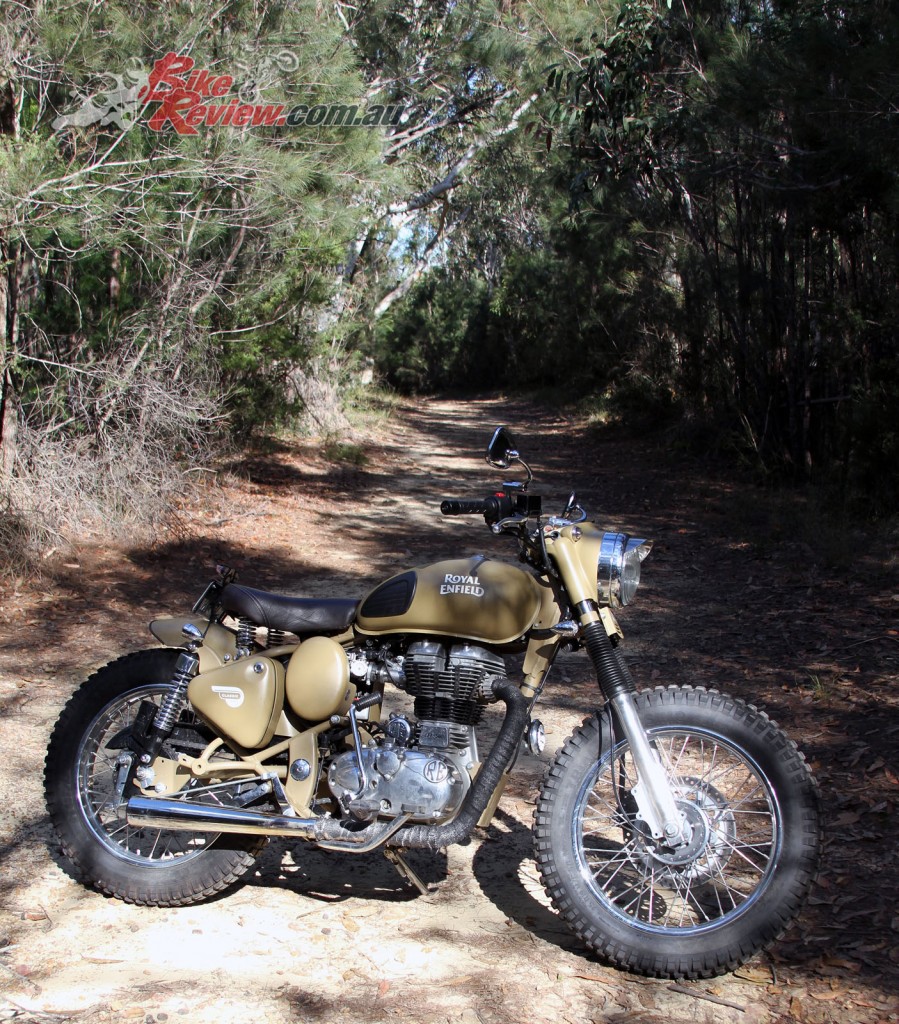 There’s a fair difference in the overall theme of the custom Desert Storm here compared to the Classic Squadron Blue model we featured, and that’s with pretty minimal mods!

That single-cylinder donk is hugely manageable and the suspension actually did a surprisingly good job over some really rocky trails, including a few sections I’d never even consider traversing on a regular road bike.

Much like the whole Royal Enfield line it’s going back to the basics of motorcycling and it’s amazing the fun to be had!

Will at Royal Enfield Sydney also has his own custom in development now and I managed to snap a few shots while I was there. We’ll be doing a full feature once it’s finished so stay tuned! 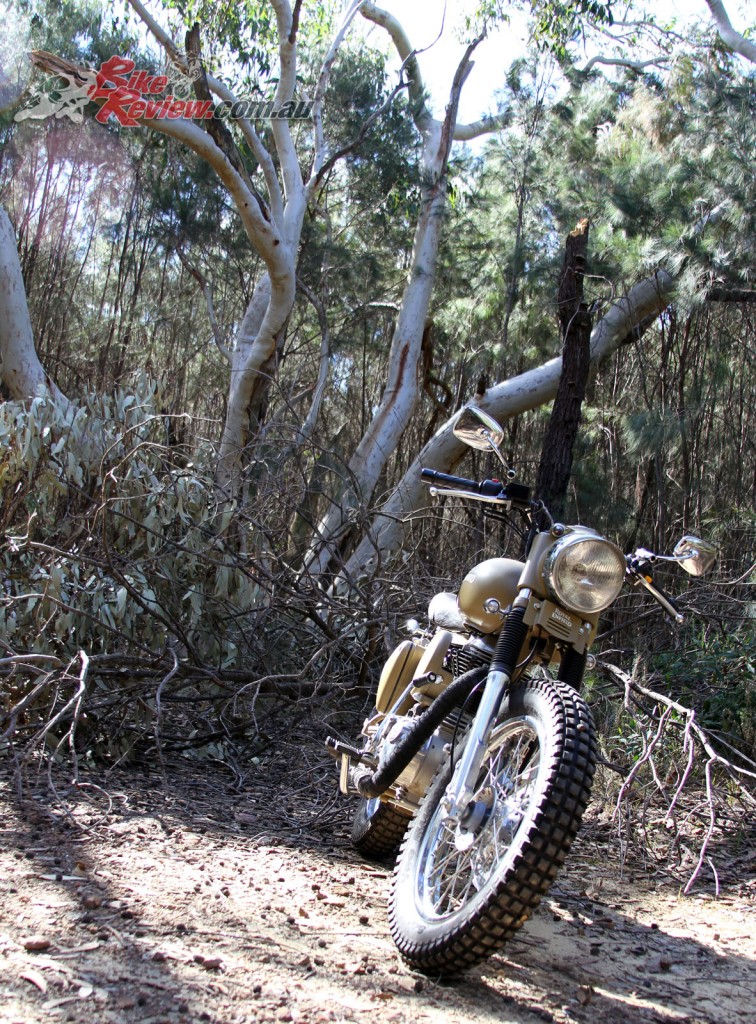 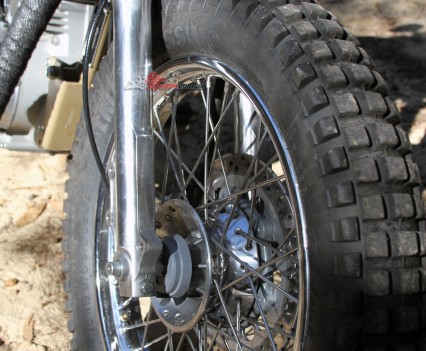 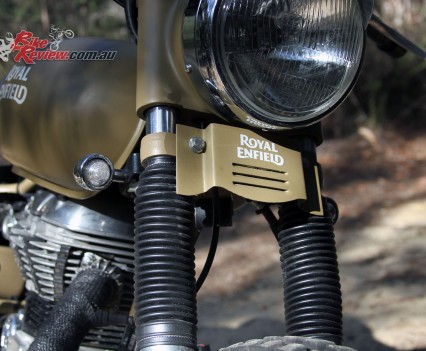 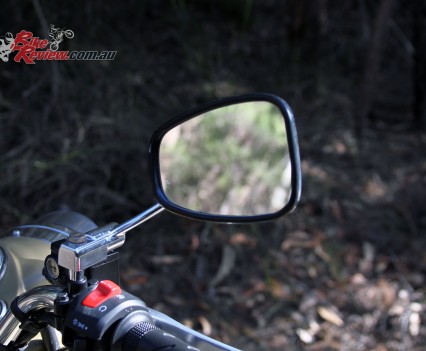 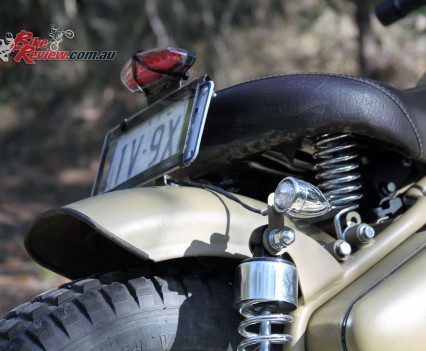 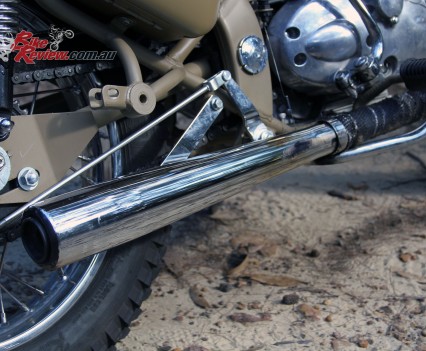 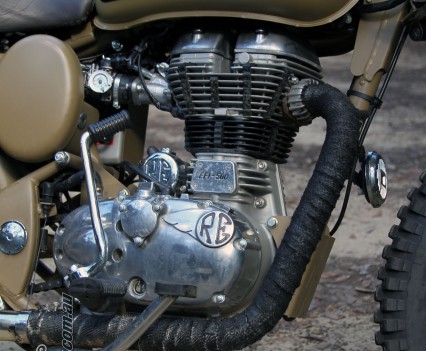 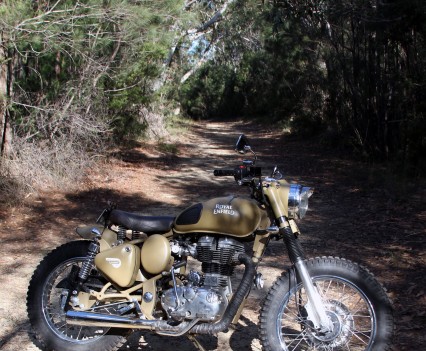 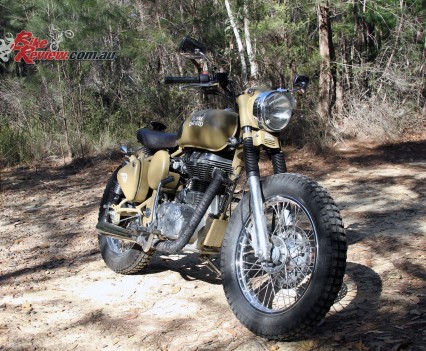 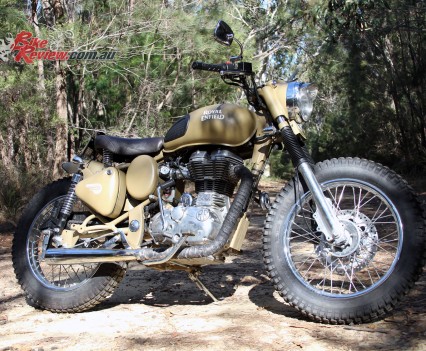 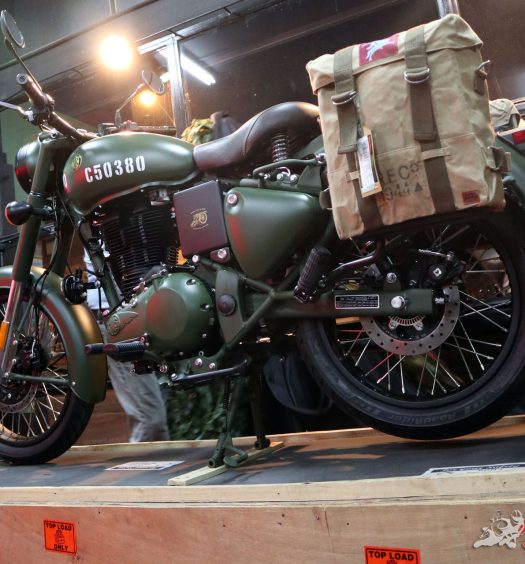 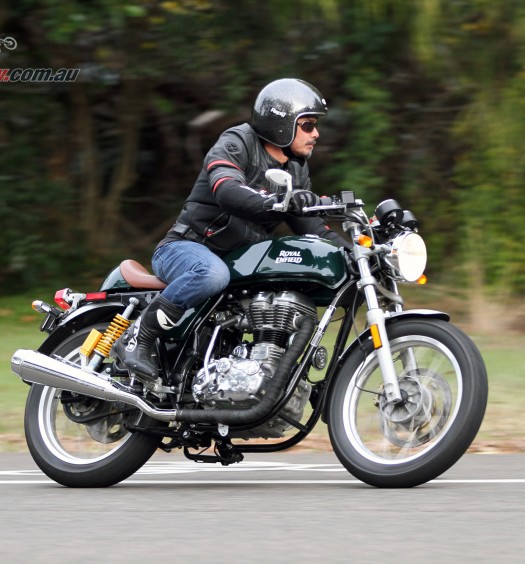