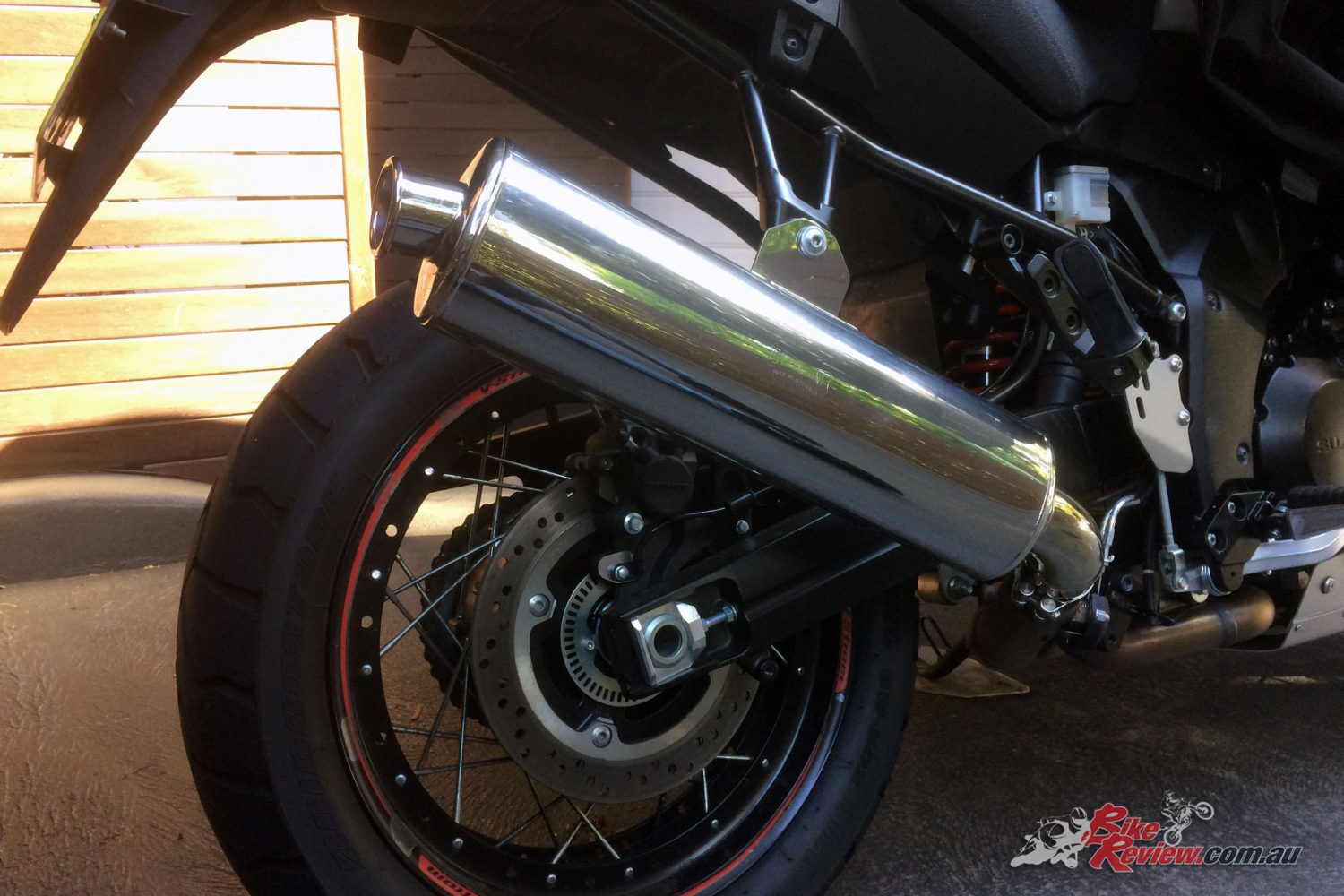 The idea of getting more power out of the DL1000 V-Strom sounds like a great idea but is it worth the trouble and expense?

I decided to take my 1000 to Dave at Sydney Dyno to find out just what improvements could be made from fitting a DNA filter and a Staintune muffler and the results were not what we expected, in fact both Dave and I were totally stunned by the results. 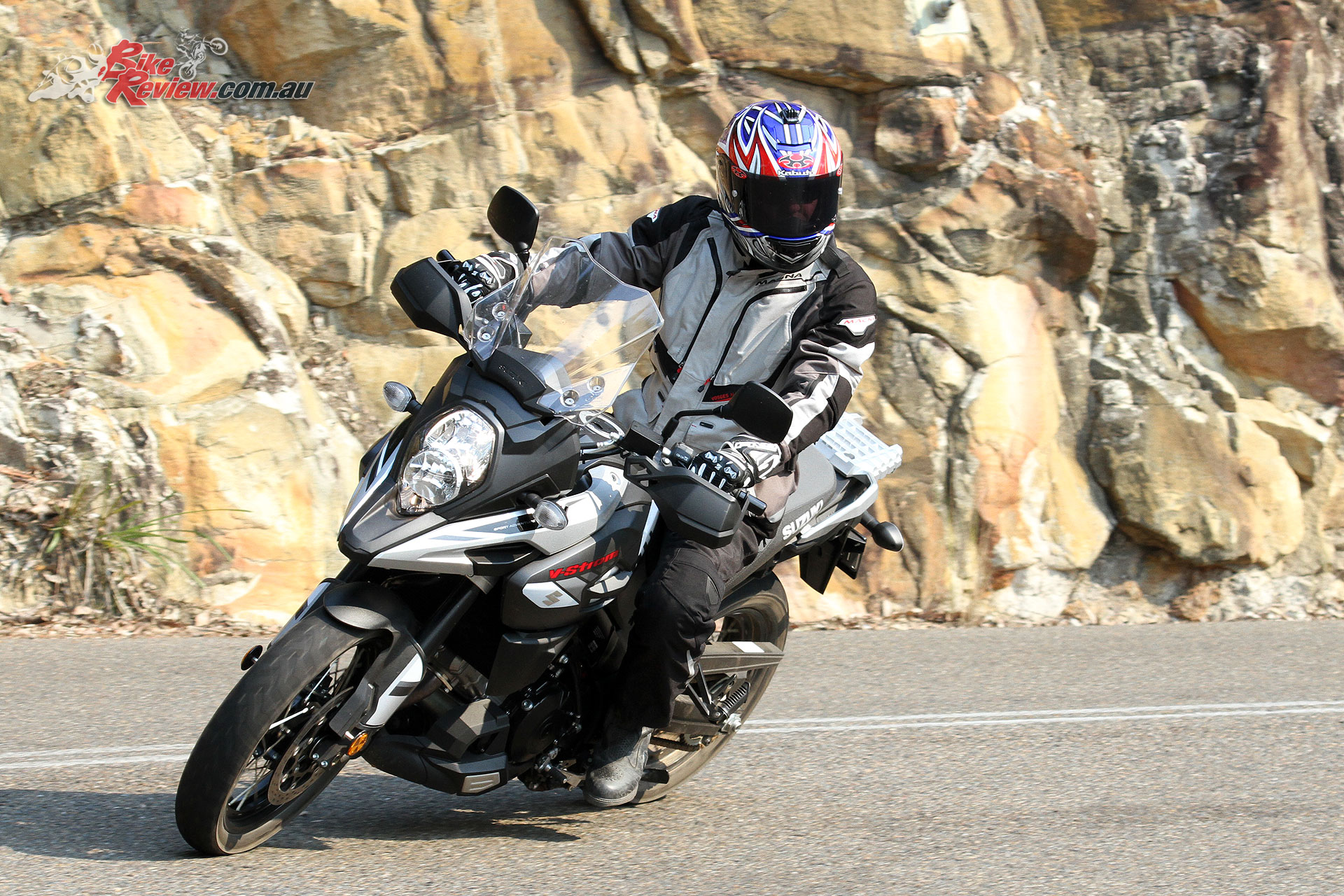 John’s V-Strom 1000 was due for some mods, with a DNA airfilter and Staintune chosen

We don’t doubt Suzuki’s claim that the latest DL1000 does produce 100hp at the crankshaft, so we decided that the first few dyno runs would be as per standard straight from the factory and it recorded rear wheel horsepower of 94.75hp and 72.28lbs-ft of torque. 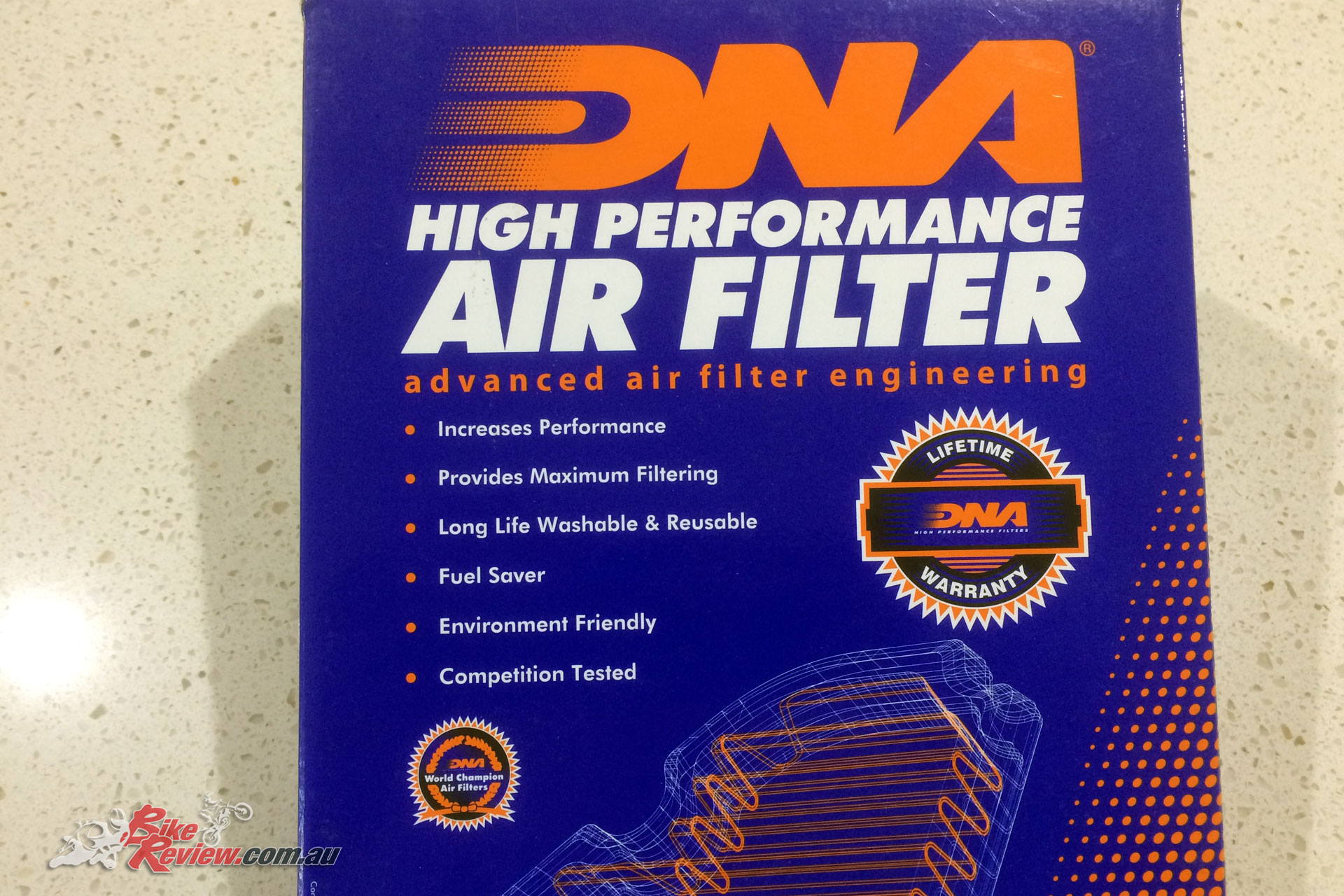 The DNA airfilter requires lifting the tank, and extra care with the fuel line clip

After the first few runs the next job was to remove the cowlings that attach to the fuel tank and of course the fuel tank itself. To do this does take some effort and time so don’t be in a hurry, there are a few things to watch out for and the main one is the fuel line clip, this is simple enough but be very careful when removing it without breaking as it’s only a small plastic clip.

Once removed it’s a simple job to remove the air cleaner lid then remove the old airfilter and fit the new DNA filter. Here is a tip! There is a larger size hose at the rear of the air cleaner box on the right hand side that needs to be blocked off and this can be done with fitting a large but short bolt into the hose and pushing it down into the hose about 15mm, once done then replace the hose back onto its original position.

Once all was back together we did a few more dyno to get more figures and much to our surprise we didn’t get an increase in horsepower, not even a single hp, however we did get an increase of 4lbs-ft of torque! Go figure. 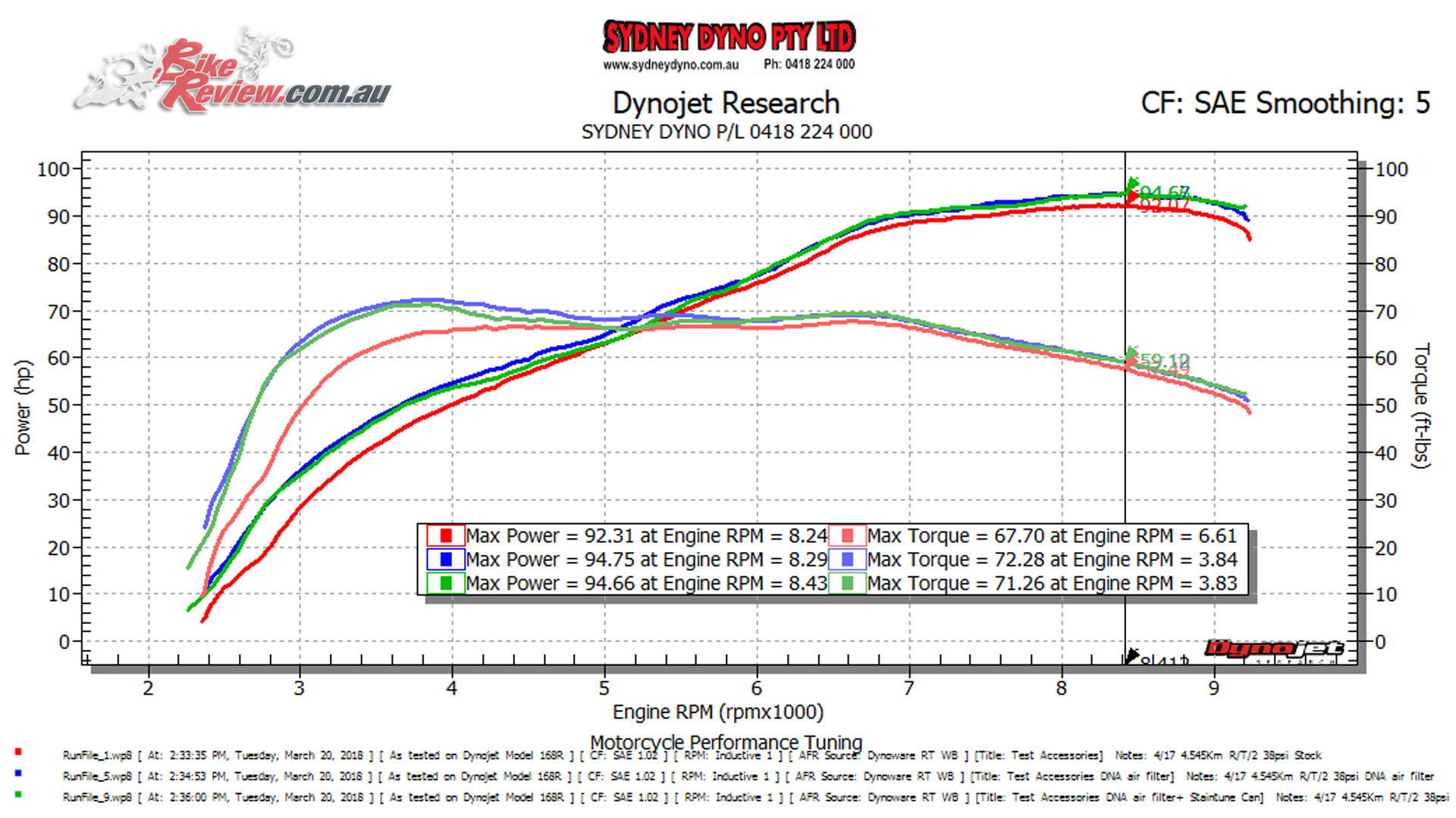 Check out the comparison – stock, with DNA airfilter (+4lbs-ft) and then adding the Staintune slip-on

Last on the agenda was to fit a Staintune slip on muffler. Now Staintune have been around for many many years and build a great product but they have never boasted that they increase a bike’s horsepower by just fitting one of their pipes. We thought we would get something even if it was just an extra horsepower but alas nothing, however the bike certainly sounds great and doing this has cleaned the mapping so it is slightly better on fuel. It also saved weight.

Was it worth it? Yes I believe so, we have a nicer sounding bike and it’s a lot smoother. 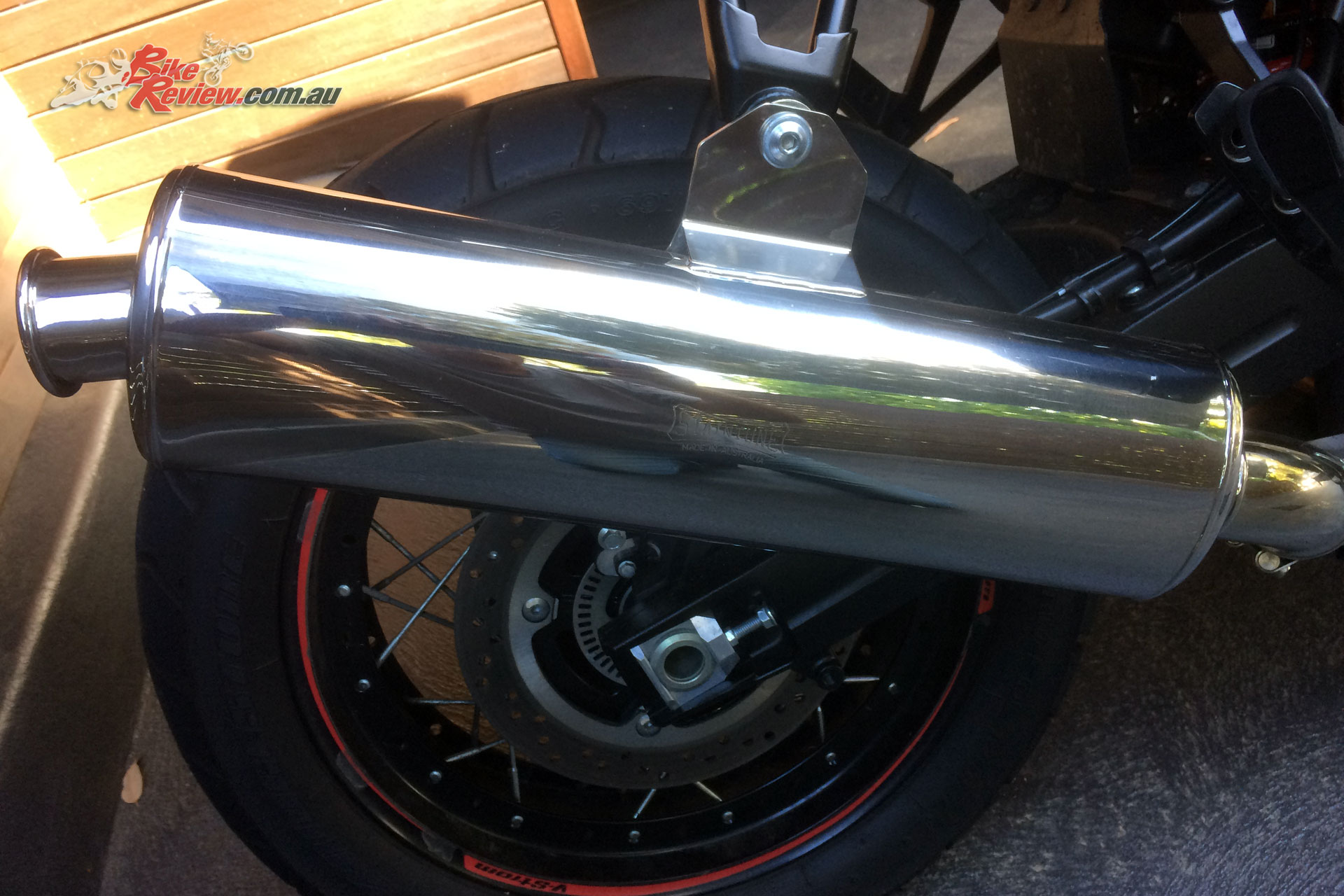 Staintune are extremely well known, and highly regarded and while there was no power gain, the exhaust note is greatly improved 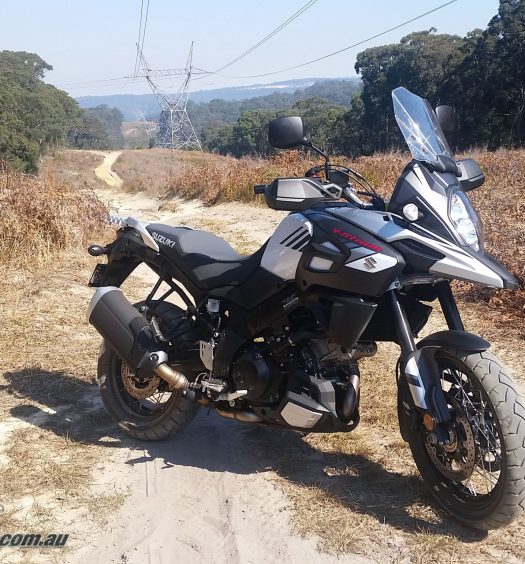 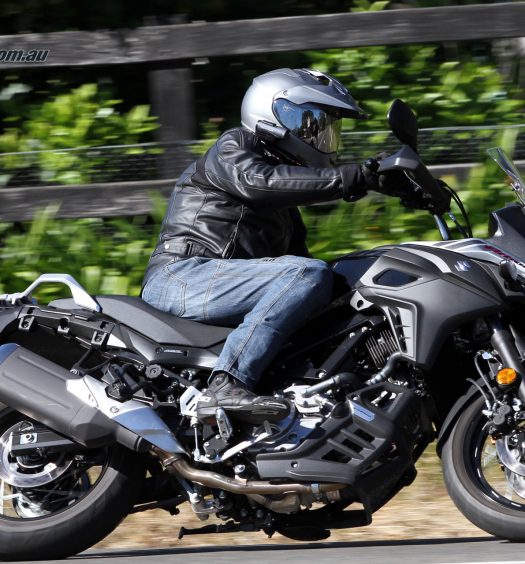