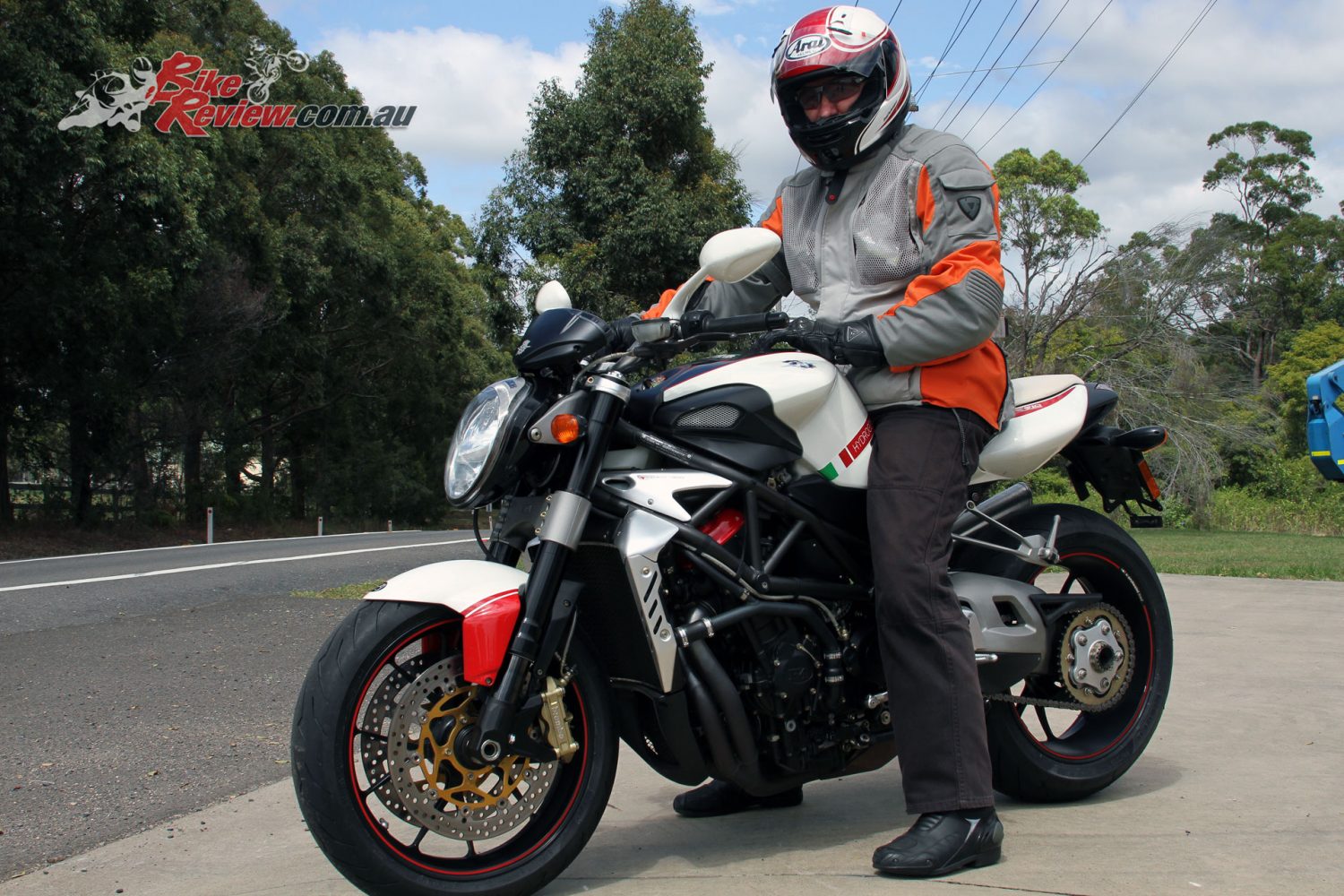 So with 4,000kms on them, it's time for a long term update on the Pirelli Diablo Rosso IIIs. Here's how they've fared so far... Review: David Hodgson

In the last 2400kms, the riding has been several day trips and one weekend away, all undertaken solo on a 2009 Brutale 910 with no electronic safety gizmos, only an aging rider with an analogue central processor and creaky knees, with the Rosso IIIs getting plenty of more extensive testing. 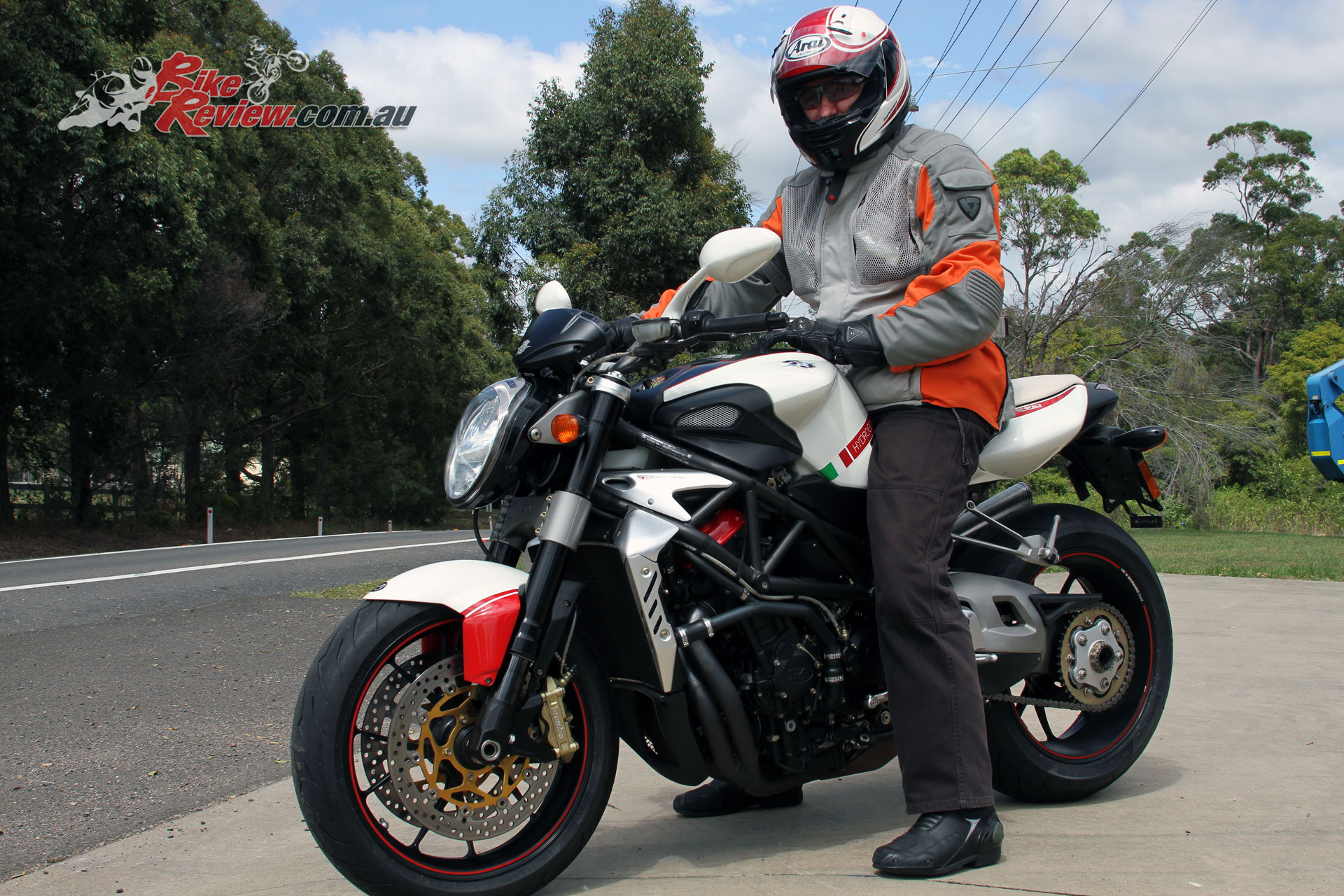 On the day trips out into the mountains, the tyres have proven to be utterly consistent under all conditions. As it takes around 45-60 minutes for me to get out of Sydney in any direction, the tyres are well and truly warm before the bends are reached, with a quick warm up time for suburban conditions.

On the colder early mornings, the tyres perform well, no loss of traction on the small areas of moisture saturated tarmac one encounters in the mountains and hills, even when well over and going for it. They do not seem to change grip characteristics during a 400-500km day, being totally predictable all day, from the cold in the morning to the warmer early afternoon.

There is no squirm under heavy braking on the front and the bike tips into corners with much more assurance than the previous Corsas. The new tyres seem better matched in profile front to back for my bike, with a very linear transition from upright to right over – this is on the road remember, chicken strips and all – and the ensuing transition back to upright as the bike accelerates. 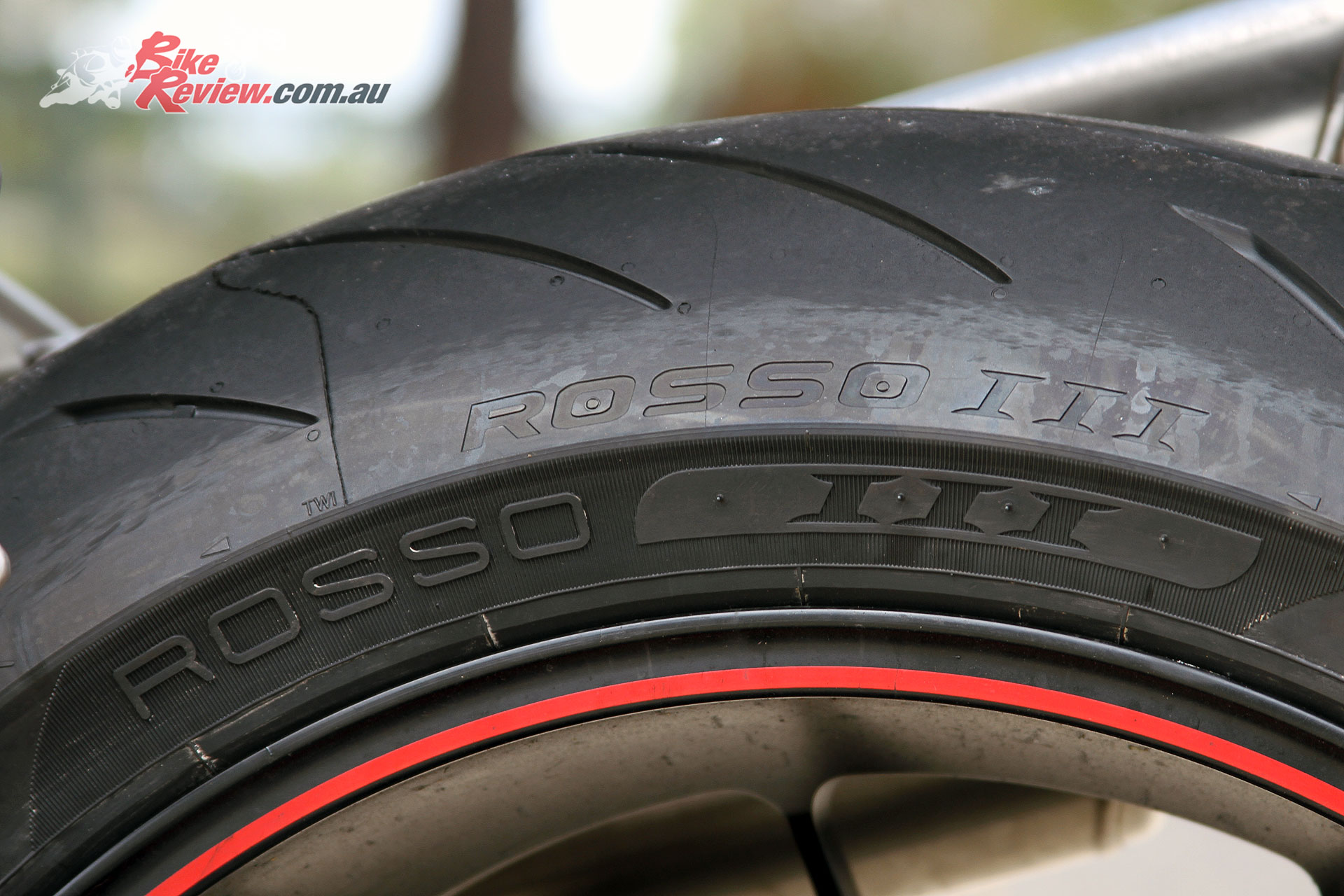 The transition back to upright seems to be linear without the strange little hiccup of the Corsas where there seemed to be a slight imbalance, which provided a strange feeling for just a milisecond when on with the power exiting slower corners as the bike came back through its lean midpoint. The same sensation was apparent on higher speed corners, but is not evident at all with the Rosso IIIs. I always put this down to the ‘bell’ shape of the Corsa rear tyre, and I think I am right on that point.

Both tyres now show signs of abrasion from the road surface, with the front tyre being pretty even across the tyre, while the rear tyre shows much more evidence of abrasion on the softer side sections of the tyres. Both tyres also feel to have the same level of adhesion as the CORSAs, but I think this is because I never really pushed the previous tyres to a point where their higher ultimate grip came into play. 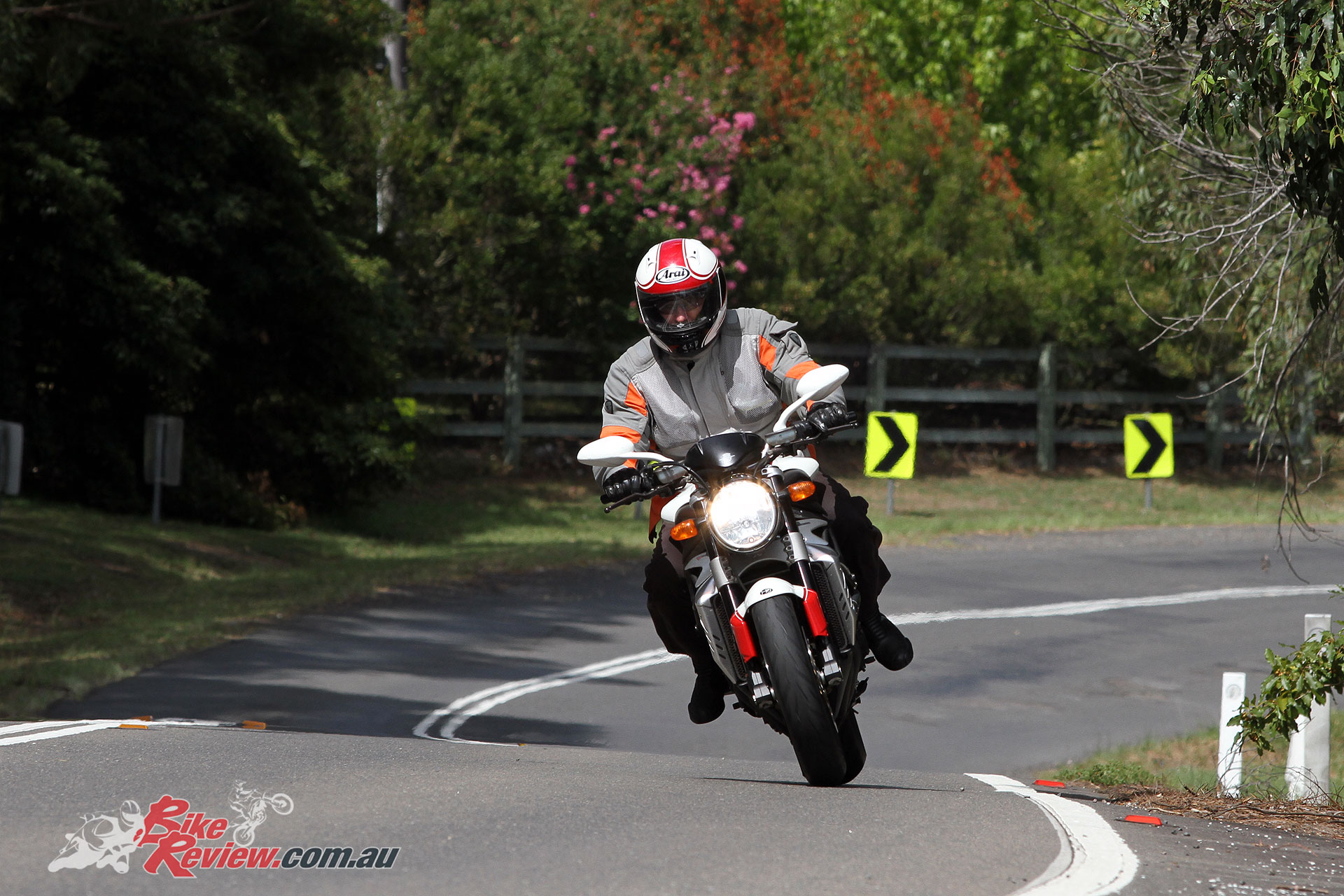 The real test was a weekend away with the club and 1400kms undertaken with a high percentage of that on roads made for motorcycles. Both days were cool, with the Sunday having rain for a couple of hours in the early morning. The roads ranged from well surfaced major country roads to small, close to single lane, connecting roads and a small stretch of 35kms of well graded dirt road. We finished off with the drone down the M1 back into Sydney.

The tyres didn’t seem to be effected by the rough roads in some areas, and it seems as though they do not follow lines and ridges in the road as do some tyres. On the smaller back roads with variable surface the front tracked nicely, only being deflected by large road zits, while the rear just hung on and did its job of following the chosen path.

I expected the rear may slide a little when the pace hotted up on the variable surfaces, but it hung on like the proverbial… Leaf litter on corners and even small rivulets of water did not disturb their grip, nor deflect the front from the chosen path. 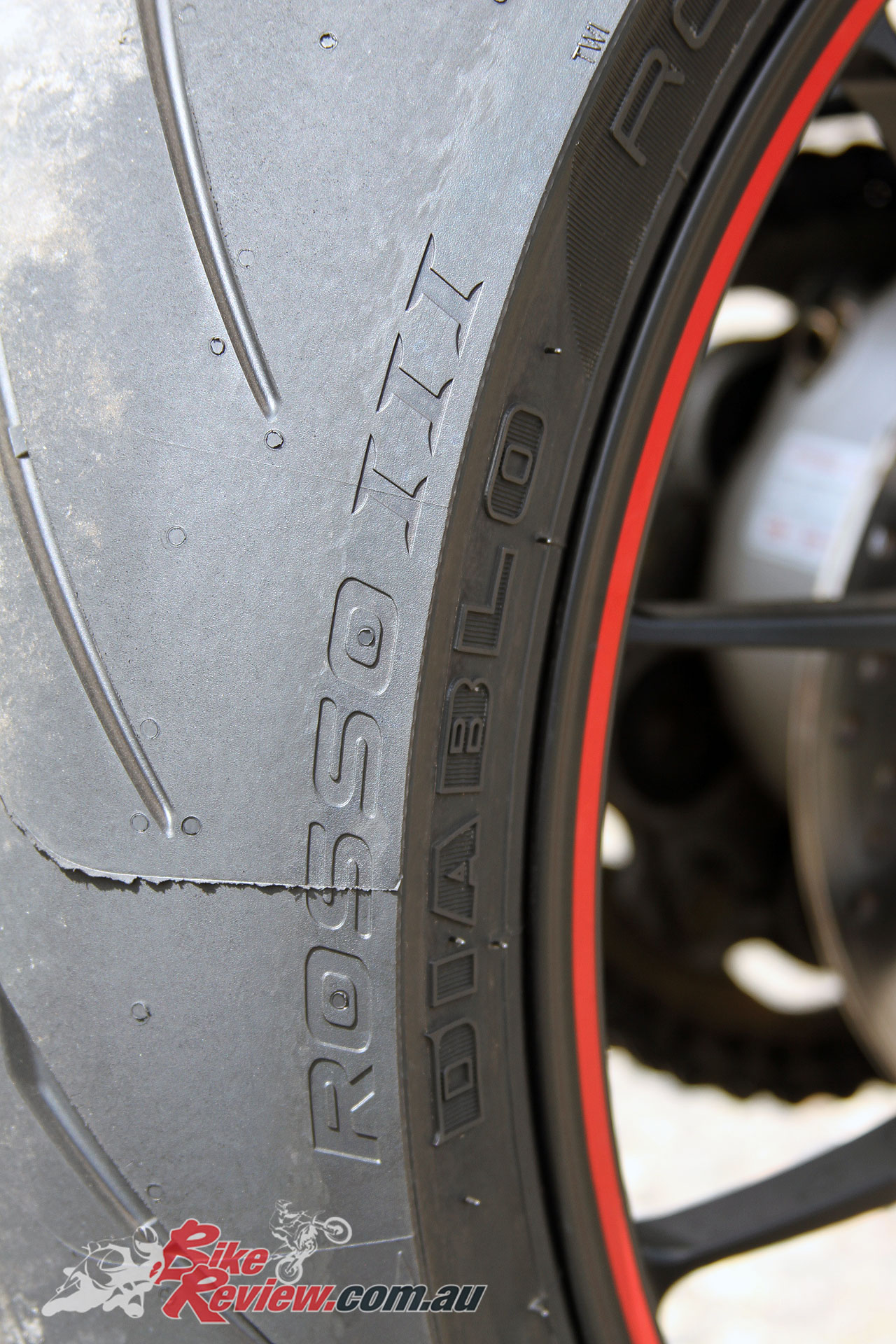 The big wide open flowing sections showed that tipped right over and travelling rather fast, the tyres grip was fantastic and the chosen line was followed precisely. The bike could be moved up or down and direction changed slightly to get around road zits when banked over without any evidence of unsettling behaviour.  And some of the roads traveled made for plenty of practice.

The second day was wet and led us onto a wet but drying section of one of NSW great bike roads, crossing the divide again. The tyres easily handled the constant rain and handling was just as expected – consistent. The rear tyre had a moment on a small river running across the road, but it was a small twitch and we carried on without anything other than an arse pucker.

With the road starting to dry out we came across the well know phenomenon of one half of a corner being dry while the other side was still moist or even full wet in the mountains.  Both tyres handled this without any trouble, with never a twitch, not even where the dry met the wet. 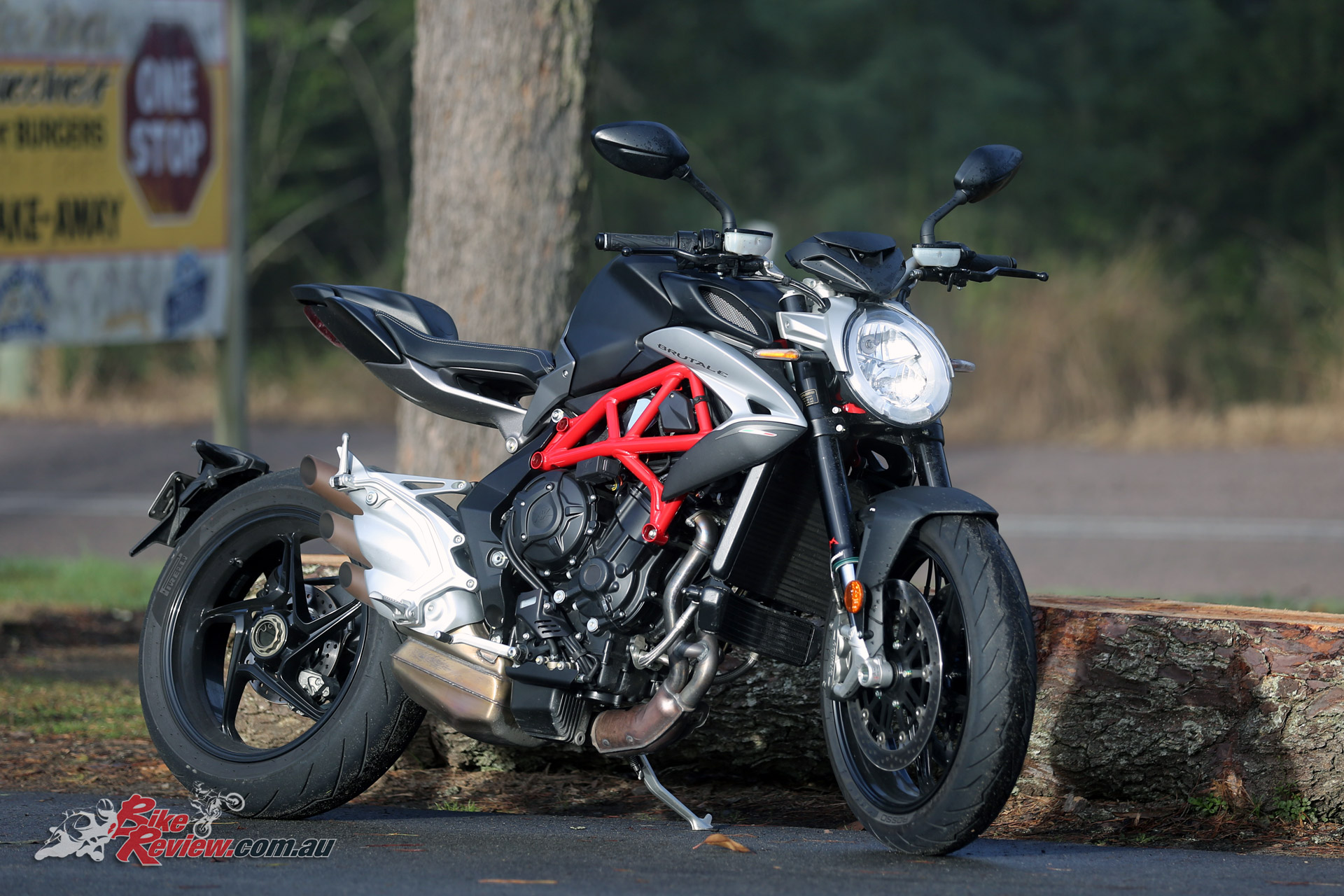 35kms of well graded dirt road was handled with (slow) aplomb. The tyres performed much, much better than I expected, as the previous tyres had proved totally horrible on dirt roads, seeming to lack stability, while the Rosso IIIs were a real improvement. They only really didn’t like deep gravel or sand, and who can blame them.

The crowning glory of the run was a small section of road that is a curve runners delight.  A section of road like a huge roller coaster. Up hill and down dale, tight corners opening up into big sweepers and vice a versa, all taken at speed. The front tyre steered impeccably and provided consistent grip at all lean angles, while the rear tyre did likewise, even during a couple of sections of unseen leaf litter and a section of very damp road tipping into an uphill bend.  I was seriously impressed with how the tyres gripped, the bike seemingly running on rails.

When I checked the tyres in my garage the next day, they showed abrasion signs, but there was no tearing or shearing of the softer side sections of the rear tyre, and remarkably very little evidence of wear. There was also no evidence of heat build-up in the softer sides of the rear tyre. 4,000kms and appearing to be barely worn – quite a surprise.

So in summing up the Rosso IIIs so far? One word stands out and that is consistent. Consistent grip, consistent steering, consistent wear. And me, I’m consistently happy with them. 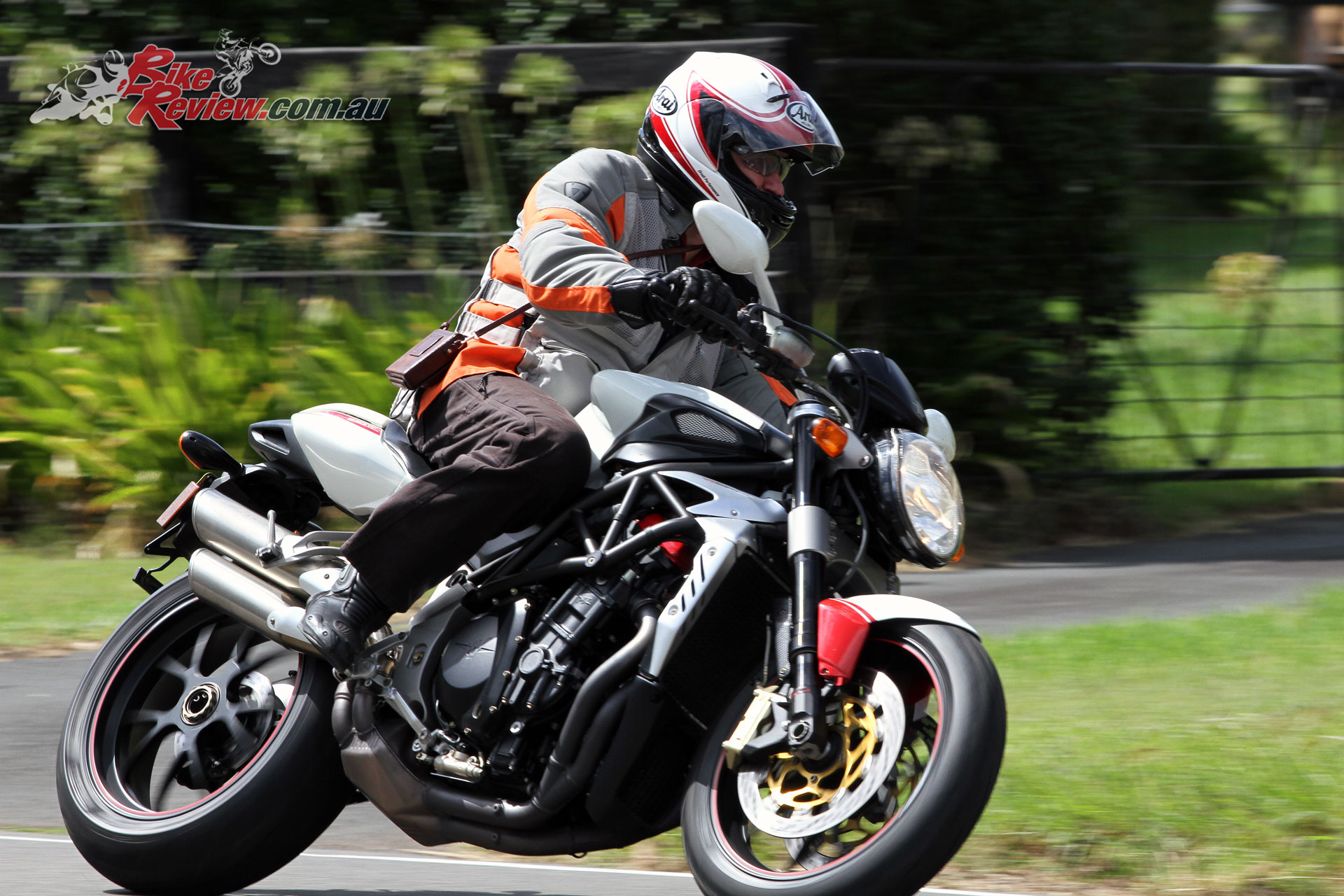 Link International is the exclusive Australian importer and distributor of Pirelli tyres. Check with your local Pirelli stockist for pricing information. 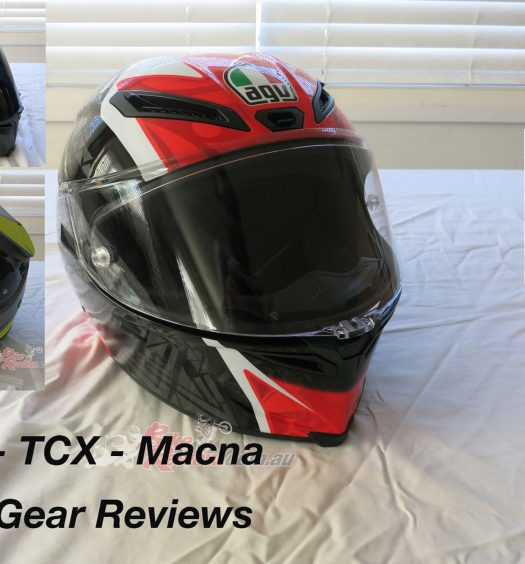 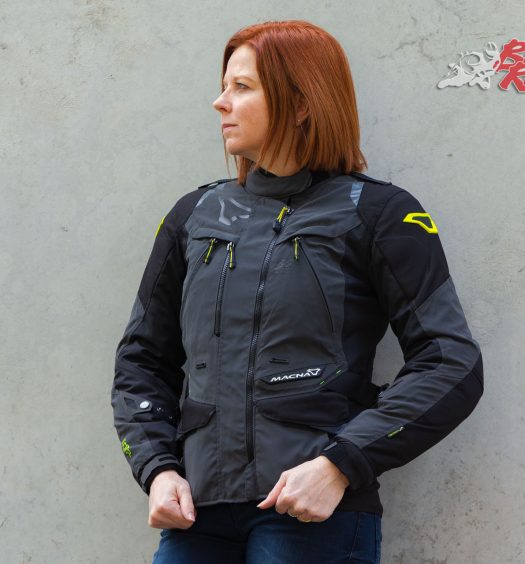