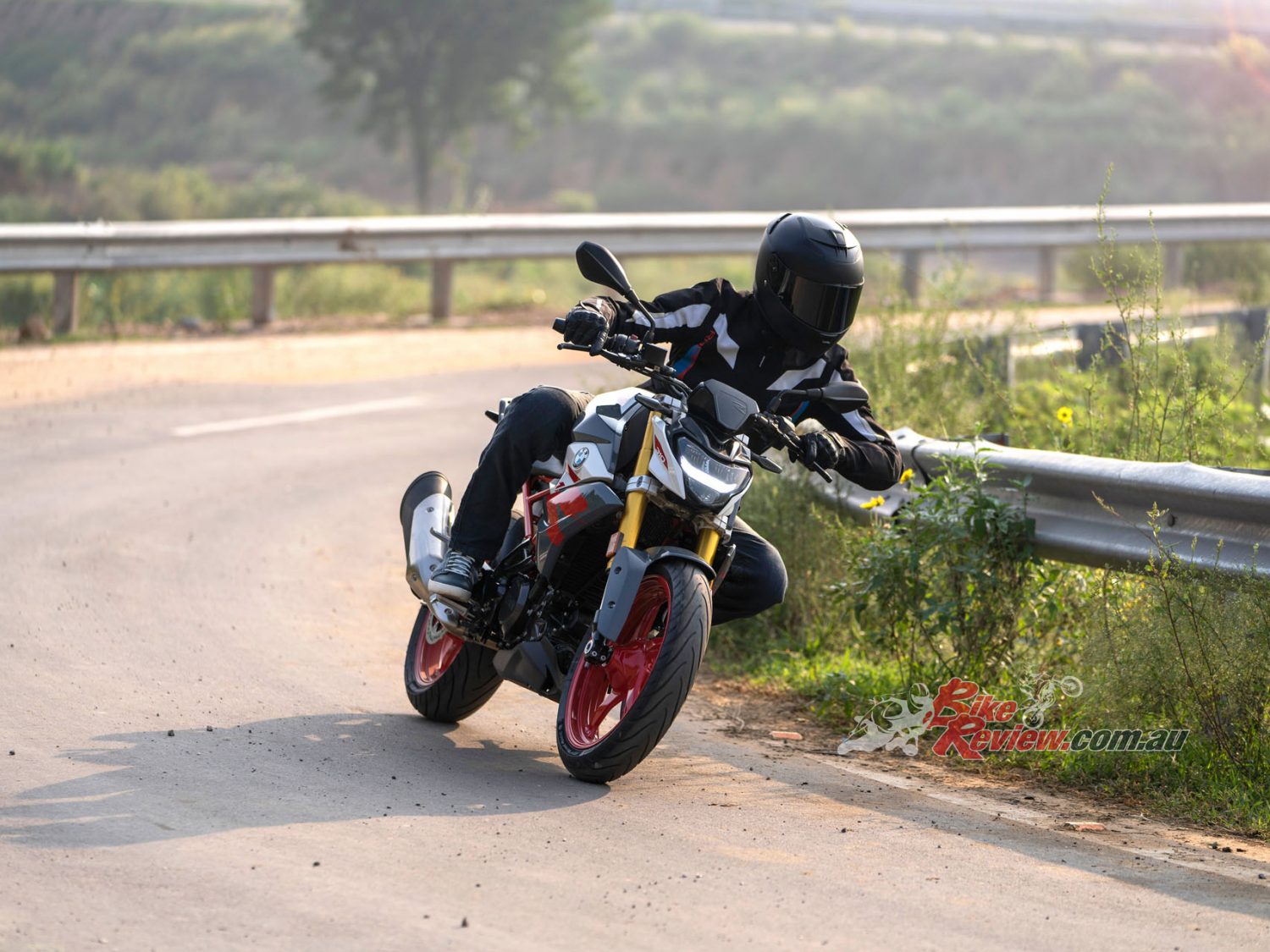 The new BMW G 310 R is set to launch in Australia in Q1 2021 boasting a range of enhancements to provide a new level of engagement for riders of all levels.
Model UpdateBike ReviewsNaked

The 2021 BMW G 310 R has just been announced, arriving in the first quarter of 2021 the LAMs approved bike has been given a revised motor, styling and more...

The single cylinder BMW G 310 R first debuted in 2015, opening up the world of BMW’s offerings for the sub-500cc segment. Now the new BMW G 310 R is set to launch in Australia with the first quarter of 2021, boasting a range of upgrades for the LAMs market. 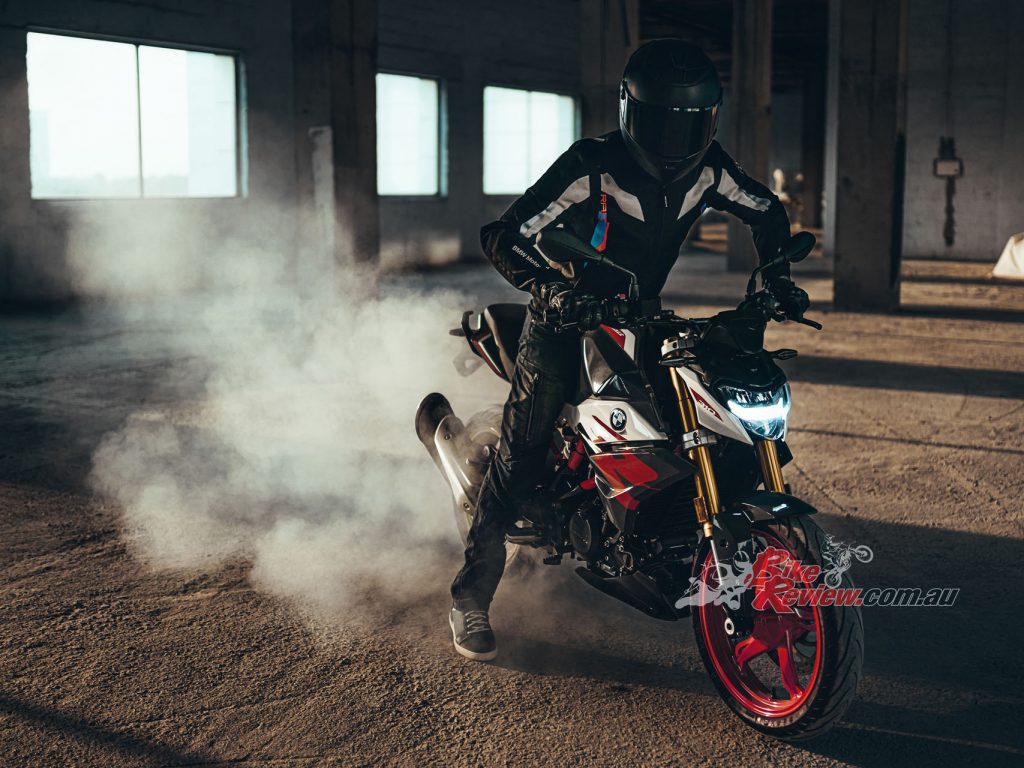 The single-cylinder engine has be manufactured according to EU-5 homologation with automatic idle boost, electromotive throttle controller and self-boosting anti-hopping clutch. The heart of the new BMW G 310 R is still the 313cc liquid-cooled single-cylinder engine with four valves, two overhead camshafts and electronic fuel injection.

Its primary design characteristics include cylinder inclination towards the rear and the cylinder head rotated by 180 degrees with intake at the front and exhaust at the rear. BMW say that this arrangement follows the logic of optimal combustion air ducting and results in a particularly compact vehicle architecture. With an output of 25kW (34hp) at 9,500rpm and maximum torque of 28Nm at 7,500rpm, the single-cylinder engine of the new BMW G 310 R is shaping up to be a city commuter. 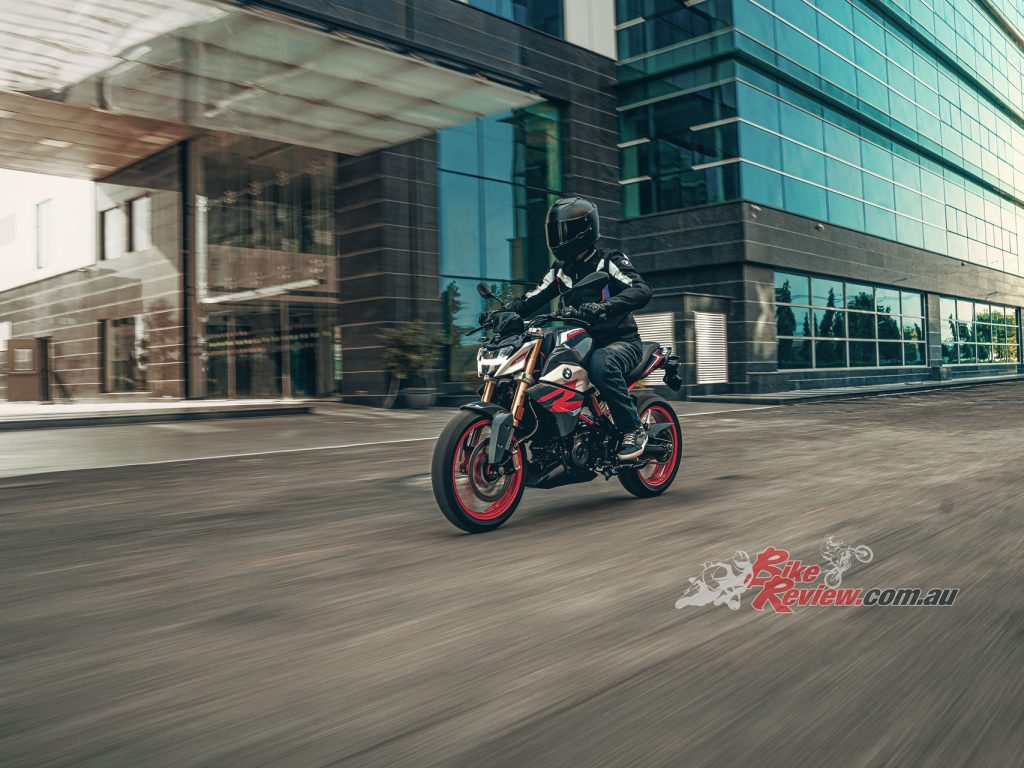 The engine has also been equipped with “electronic throttle grip” (electromotive throttle controller) which offers a more sensitive throttle response and the automatic idle speed increases when starting to prevent a possible sudden stalling of the engine. 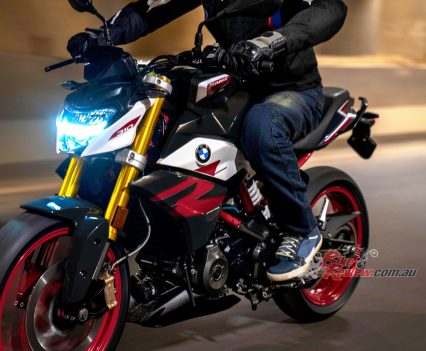 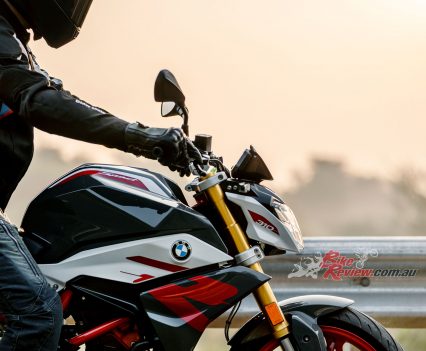 The BMW G 310 R was previously equipped with brake lights incorporating LED technology so BMW have added a full-LED headlight for even better visibility at night and LED indicators for increased visibility in traffic. Both the clutch lever and the handbrake lever are now adjustable in four stages which BMW say provides ergonomic benefits, particularly for those with small hands. BMW have attempted to bring the G 130 R into the sports lineup with styling pieces to help it fit in with the family appearance.

All three colour options share a common theme – the engine housing covers for the alternator, clutch and coolant pump as well as footrest plate and rear grab handle are all in Titanium Grey Metallic. 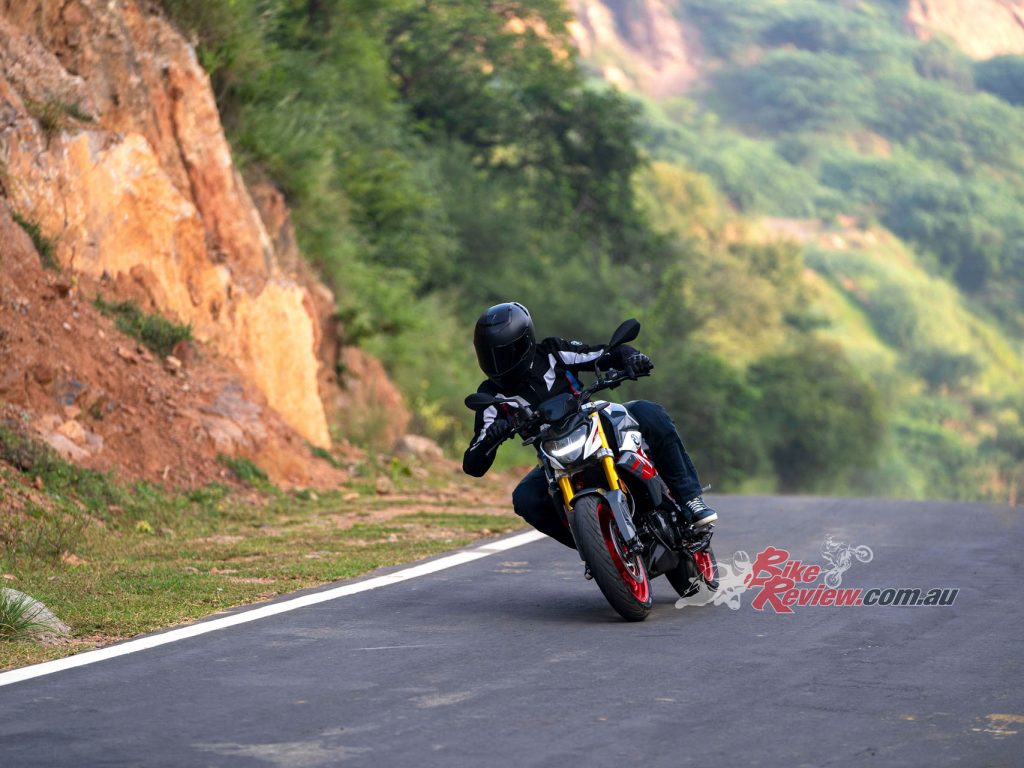 Aside from the base colour, Cosmic Black and Polar White are now available, which together with blue painted accents represents the traditional BMW corporate colours. In Sport style with the base colour, Limestone Metallic, the red “R” graphic on the fairing side panels and red frame and wheels help reenforce the G 310 R’s place in the BMW motorcycle family

Pricing and specification of the new BMW G 310 R will be announced early next year. 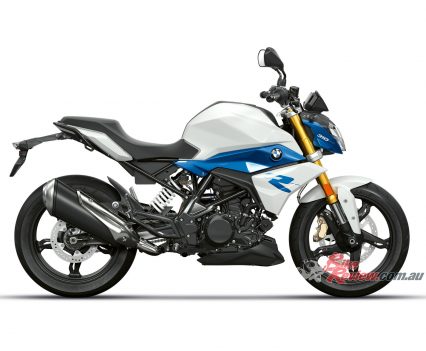 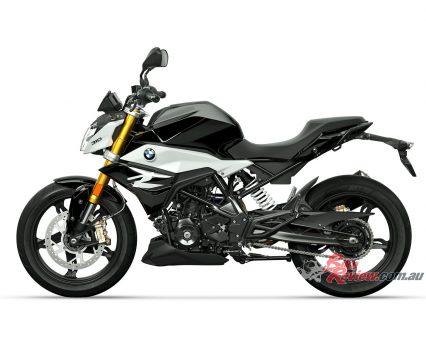 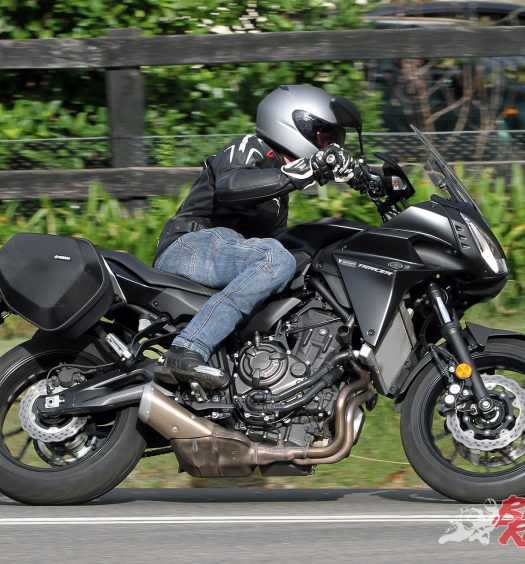 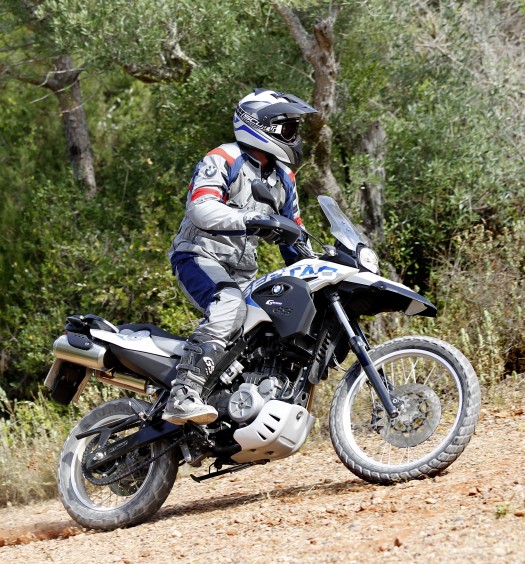