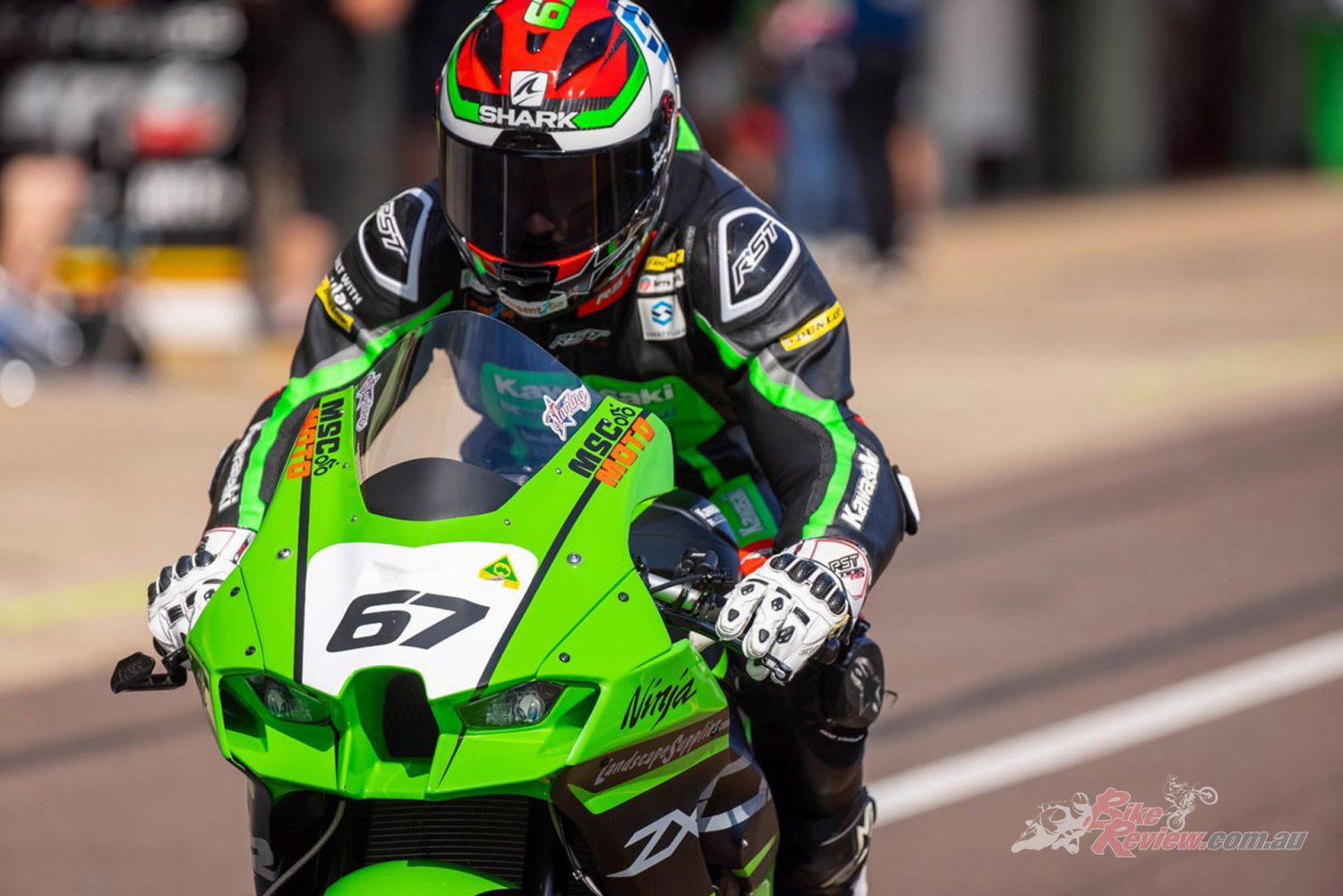 Given half a second or less while riding, what decisions are you able to make? What about if you’re under immense pressure, does it change your ability to make a decision? Most of us wouldn’t know, and most of us will never have to find out like Staring has… 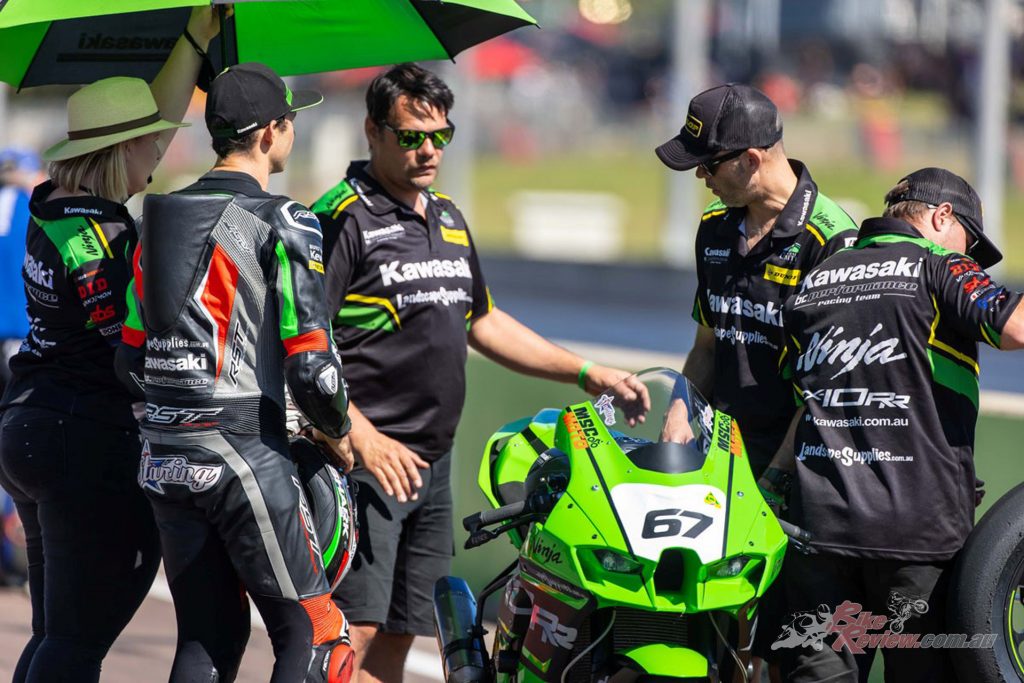 Thinking about the Australian Superbike (ASBK) race in Darwin last month has drawn me to reflect on how we make decisions under pressure. Are you a lifetime multidisciplinary rider? The term comes to me because there is such a thing as being a lifetime athlete. Nowadays, often your fitness tracking tool (watch, bike computer, app etc) will ask you if you have been a lifetime athlete on the initial setup. The term speaks louder to me when I relate it to motorcycling riding.

To delve deeper, how many disciplines have you ridden? What training schools have you attended? Have you been coached? Have you raced, have you practiced wheelies or stoppies or skids, practiced clutch control, power sliding the bike or steering with the rear wheel? What I’m getting at is, do you know how to use all your bike controls (brakes, clutch, gearbox, handlebars, throttle etc)? Could you utilise these controls under pressure? Most riders would say no to most of the above, which is normal because most have never had an opportunity to gain this experience. 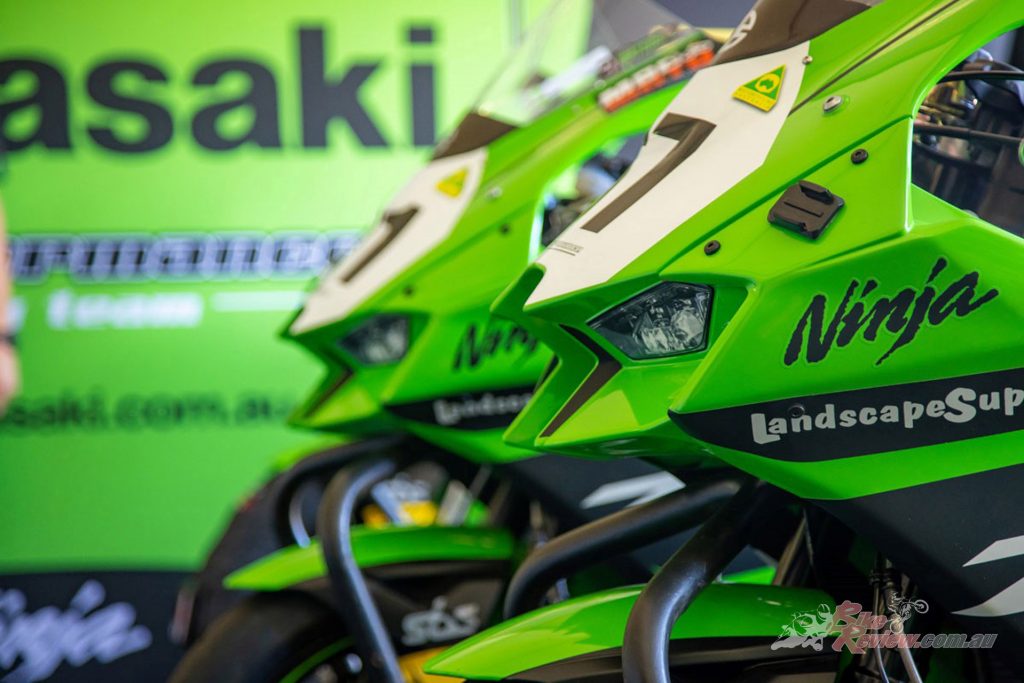 In motorcycling (as with most sports) we learn skills as kids. We generally learn these skills off-road first because it’s easier to access dirt bikes at a younger age. If you’ve raced as a kid, you’ll probably have been coached by someone. You might have picked up on some drills that ‘hone-in’ skills to better coordinate the controls of the bike. I think a lot of riders who started on the bitumen at an older age might never get the opportunity to learn a heap of the basic skills in motorcycling. Especially with four-strokes, traction control, slipper clutches and downshift blippers now standard issue. Mind you, some of the World’s best wouldn’t have practiced drills yet they acquired the skills.

“Matt Walters had a brake failure of some sort at the end of the straight at 300km/h. He had a split second to make some big decisions”…

The next question is, if you’ve spent a lifetime acquiring all these skills, when will it count? The answer is it could pay off on any ride. There are a million scenarios, but I’ll give you a few. Darwin front straight is 1km long, even with a strong head wind our Australian Superbikes will reach 290 – 300km/h. Matt Walters had a brake failure of some sort at the end of the straight at 300km/h. He had a split second to make some big decisions. Matt was able to cut through the inside of four riders ahead of him, practically accelerate the bike, negotiate a tall curb to arrive at the corner a fraction before the others. 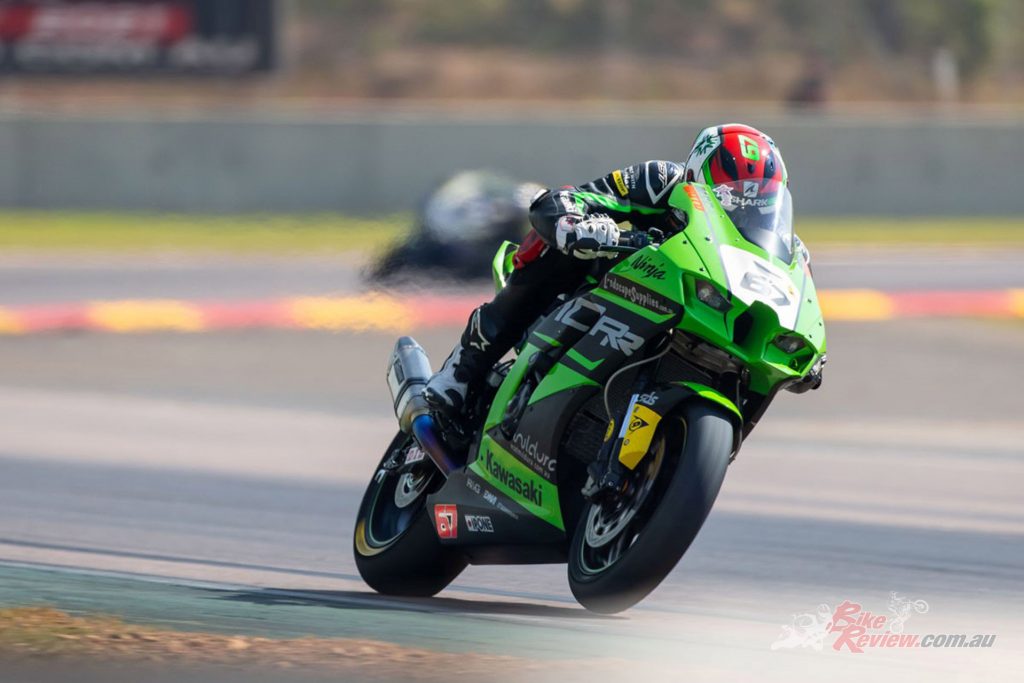 He just kissed the front of Cory Turner’s bike but overall managed to avoid colliding with the pack of riders. I’d guess the speed difference at the point of impact would be around 150km/h. That was impressive. Matt is a lifetime rider that used all his experience to avoid colliding with the group. Troy Herfoss, Eugene Laverty, Daniel Stauffer and Maverick Vinales (Austria 2020) have all been forced to decide to get off their bike at massive speed after brake issues. All these riders had the ability to save their lives, they were calm enough to make a clear choice in a split second.

Many years ago in Assen I pulled out of the slip stream only to see a rider and bike in the middle of the circuit around 100m in front of me. At top speed 100m is nothing! That day I was able to react in time and use my experience to avoid incident. Roberto Tamborini was the rider and he thanked me afterwards for sparing his life. He told me “Not every rider would have been able to avoid me”. I remember feeling proud that day because I know what the outcome would have otherwise been. 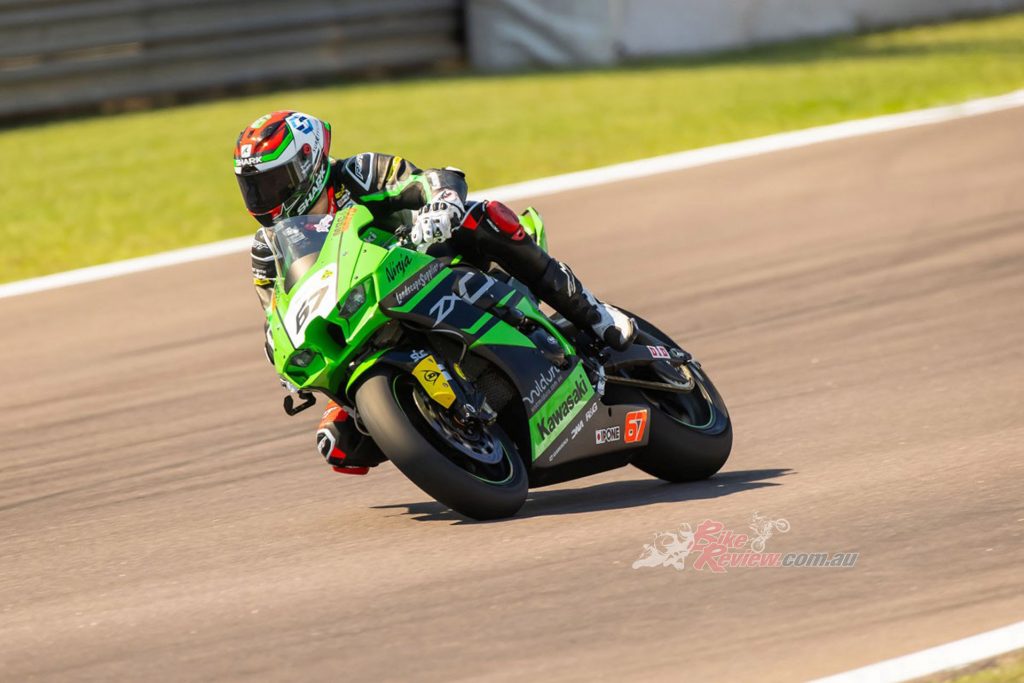 I’m not trying to pump my own tyres up or say I could have done what Matt and the others did. The point of this article isn’t to ‘marginalise’ those who aren’t lifetime riders. I want to emphasise how a base skillset and experience provides options under huge pressure. Our race bikes (and road bikes) are missiles that propel us at warp speed. When it goes wrong, these missiles give us such little time to react. I think, a true skillset will be measured at its highest level when faced with severe danger. 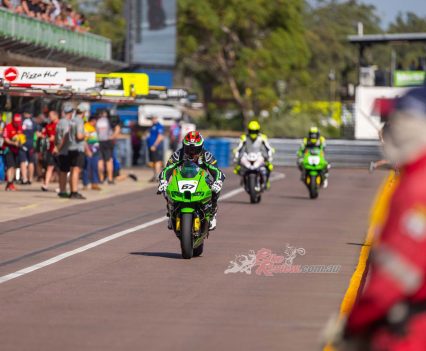 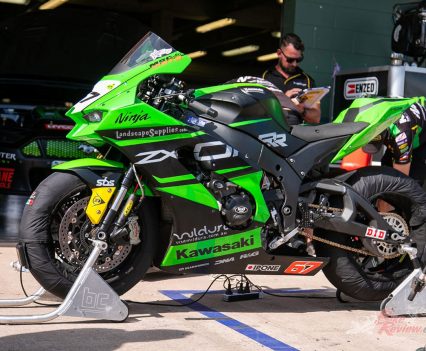 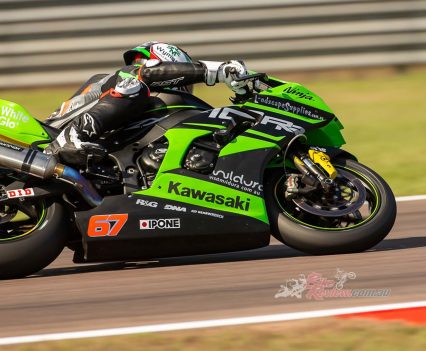 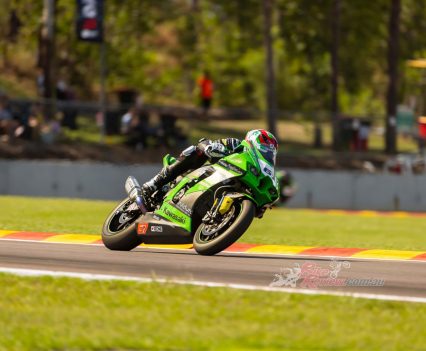 Overall Darwin ASBK was good to me, I scored 5 – 4 placings. We managed to continue to improve our 2021 Kawasaki ZX-10RR. However, misfortune of others contributed to my results. Mike Jones damaged his hand in qualifying and wasn’t able to race and Troy Herfoss had one of the most horrific accidents I’ve ever seen in race two on Sunday, after which they cancelled the race. Troy isn’t in great shape after the crash, although I’m so happy that he’ll be fine in the long run. I’m sitting equal 5th in the series with Oli Bayliss, who is the youngest ever ASBK winner after winning race three, well done Oli.

Images: Foremost Media…
In case you missed any, here is a link to Bryan’s previous columns… Staring 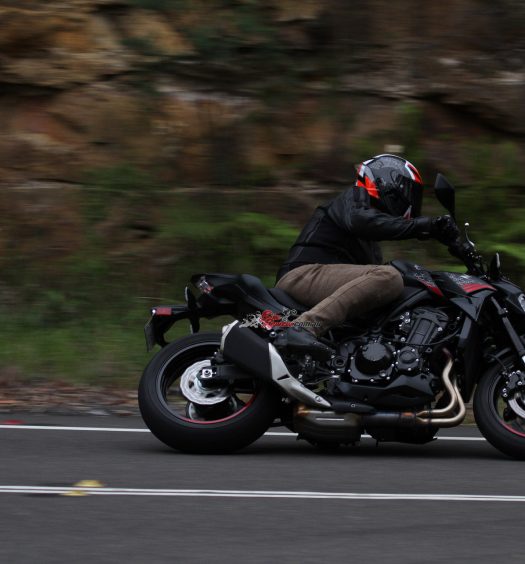 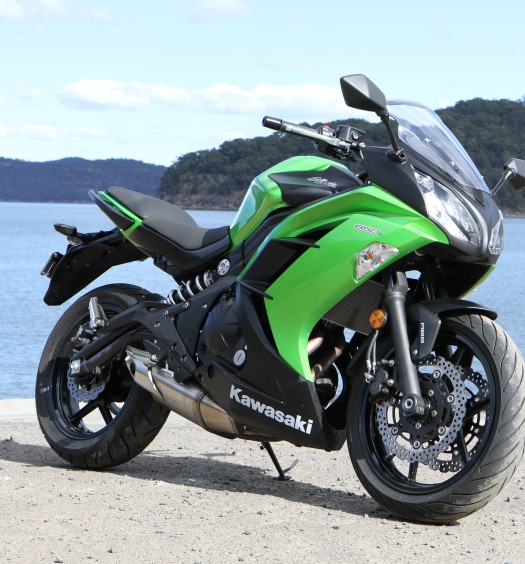 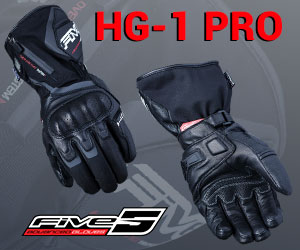