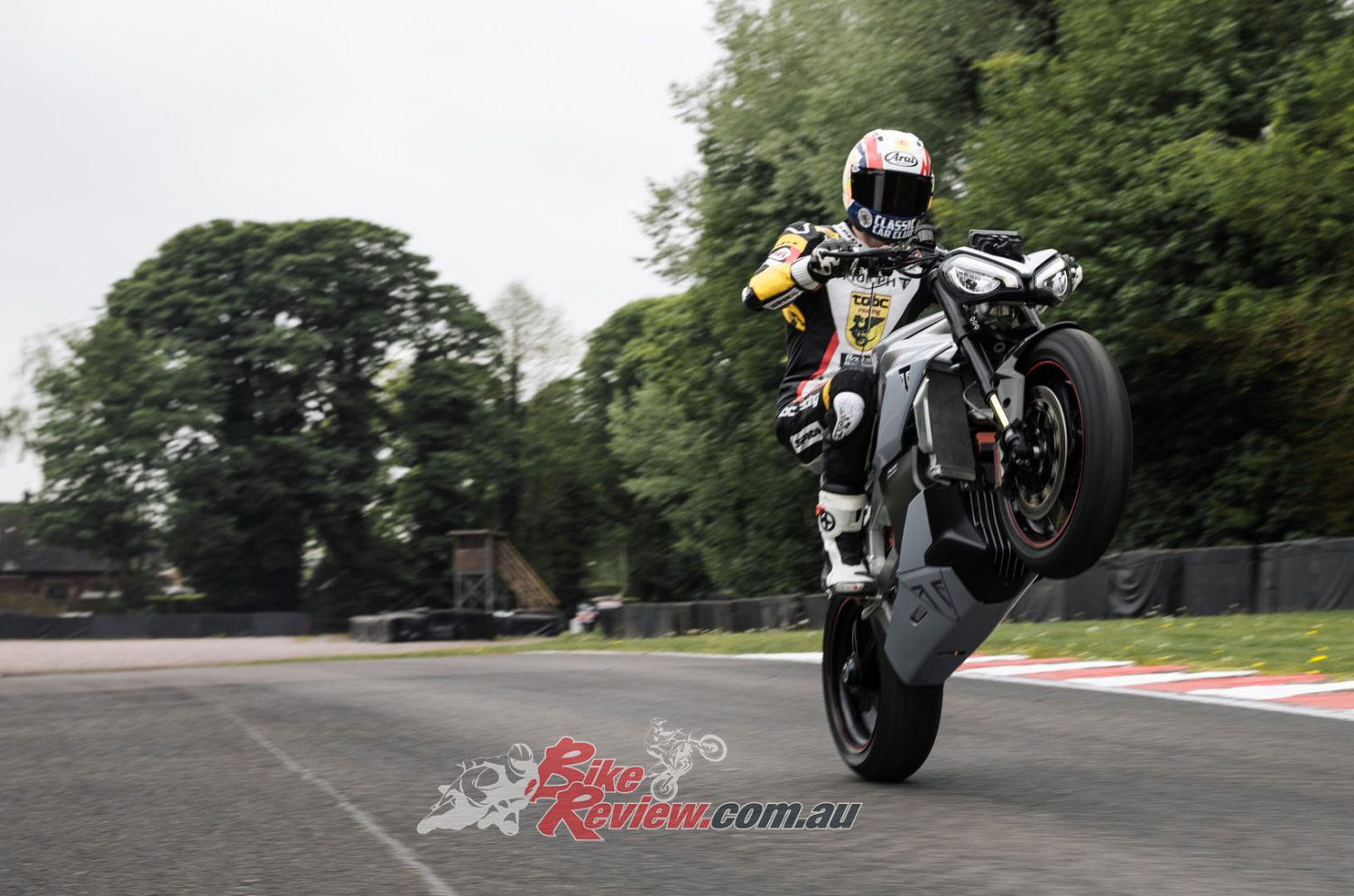 The Triumph TE-1 Prototype has reached its final stages of development. Brandon Paasch tested the electric machine on the track recently, giving us hope for the future! Press Release: Triumph.

Triumph Motorcycles say they are proud to announce the official completion of the TE-1 electric development project, with the release of the final prototype test results that exceed project objectives and demonstrate the incredible success of this unique collaboration. 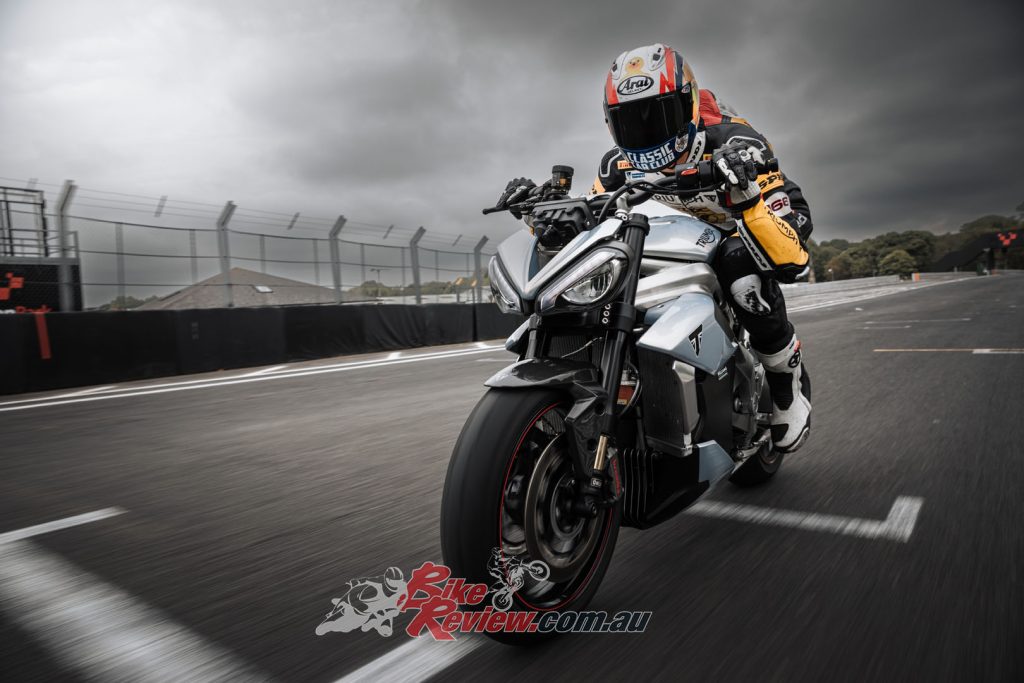 Triumph Motorcycles say they are proud to announce the official completion of the TE-1 electric development project.

Check out the other stages of the prototype here…

The extensive live testing programme, which involved numerous assessments of the bike’s performance on the road, as well as on track, provided vital direction into the final set-up and calibration of the TE-1 prototype, which has now delivered on all of its targets and objectives. 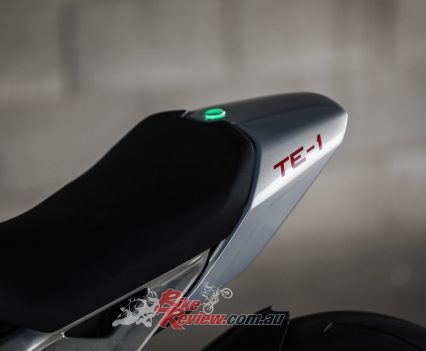 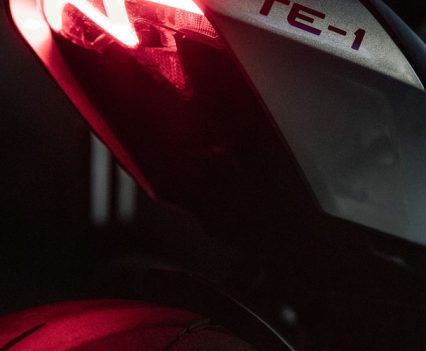 Now officially complete, the live testing phase of the Triumph TE-1 project has seen the prototype demonstrator exceed expectations and achieve some incredible outcomes, delivering on all project objectives of accelerating electric motorcycle development and innovation, setting new standards for the sector overall, including final battery and range performance. The expertise and capabilities developed throughout the project now pave the way for the exciting electric future to come from Triumph Motorcycles. 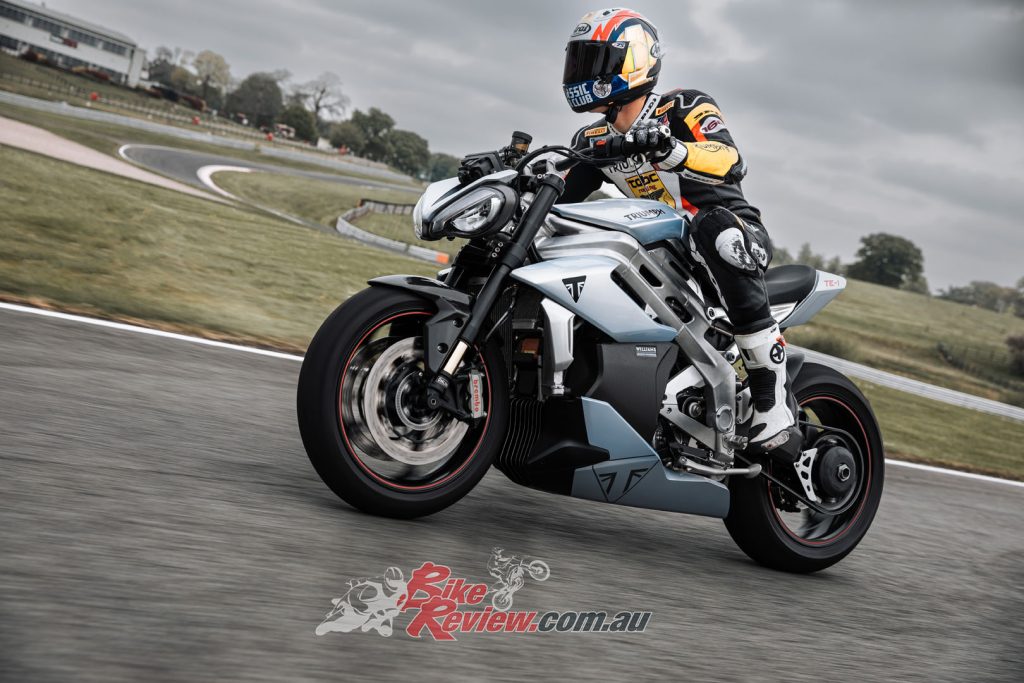 Exceeding the real-world range of the equivalent electric motorcycles available today, the Triumph TE-1 prototype has achieved all project targets with regards to the energy capacity of the Williams TE-1 project developed battery, with an incredible 161km / 100-mile range, based on official testing.

Regenerative braking has been successfully implemented for TE-1, with scope for further optimisation, as well as greater efficiencies in the motor generator unit and transmission, which could improve the range further for the future of Triumph electric motorcycles. 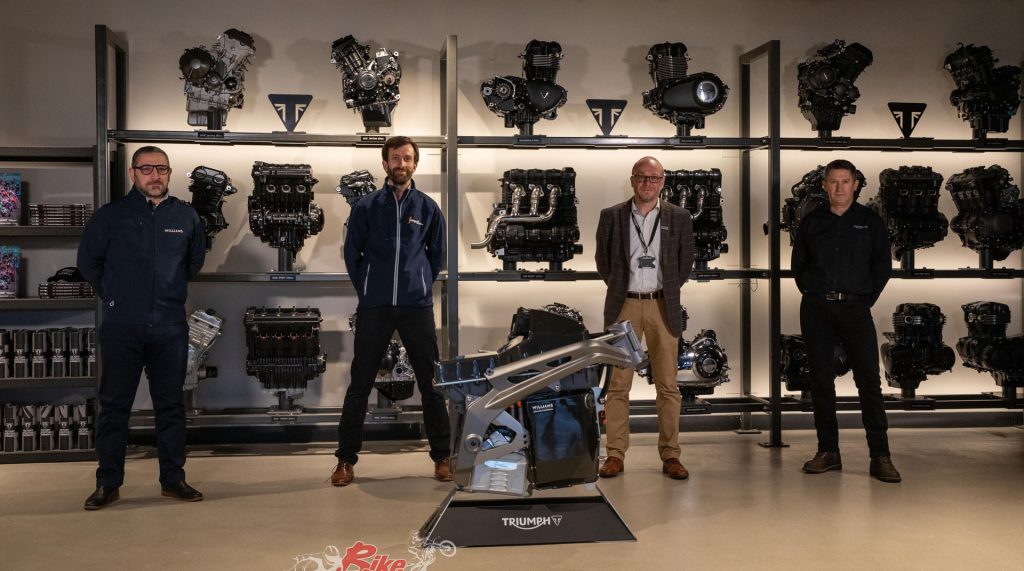 The Triumph TE-1 prototype has achieved all project targets with regards to the energy capacity of the Williams TE-1 project developed battery.

With a level of performance similar to the current Speed Triple 1200, the TE-1 prototype delivers an impressive 130kW peak power, as well as peak torque of 109Nm, for instant responsiveness, smooth controlled power all the way up through the rev range.

The TE-1 has also achieved an incredible standing start acceleration official test result of 3.6 seconds 0-60mph and 6.2 seconds 0-100mph. With further refinement of the electronics, including the traction control system and front wheel lift control, the team responsible for delivering the TE-1 project anticipate that performance could be enhanced further, harnessing the full torque potential to enable even quicker standing start acceleration. 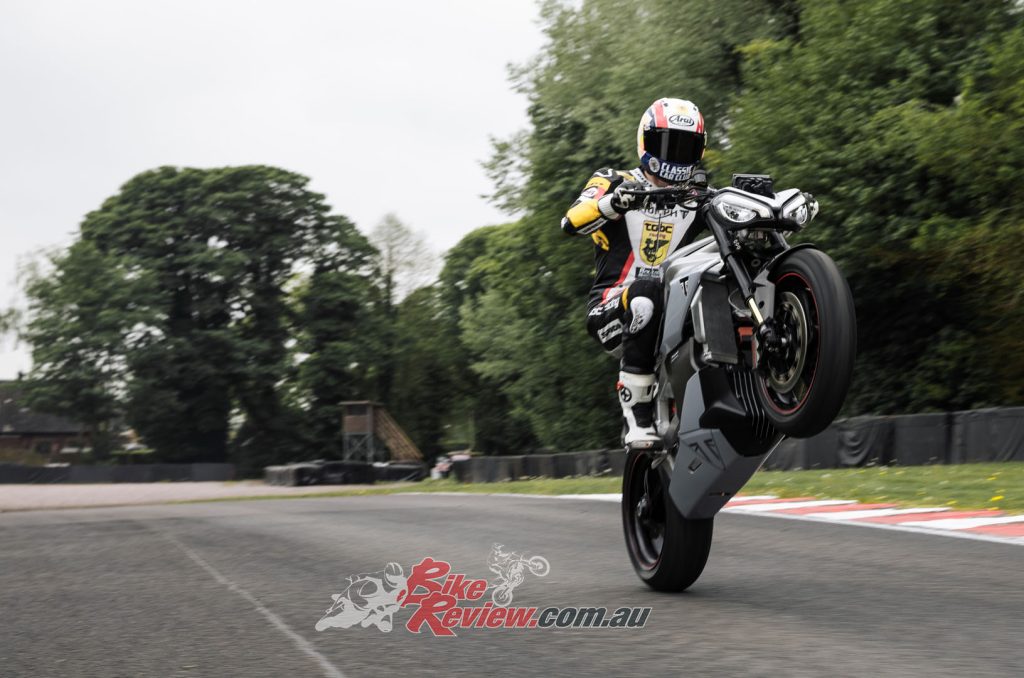 The performance matches the Speed Triple 1200, with an even faster 0-100mph thanks to the electric powerhouse.

Daytona 200 champion racer Brandon Paasch participated in the final testing phase, both in engine performance evaluation and also with the final set-up of the prototype through track testing.

“The throttle response on the TE-1 is kind of incredible, it’s very torquey and when you first touch the throttle it’s instant power, which is obviously what I love as a motorcycle racer – I love when it’s super-torquey and picks up right away, so for me it was a really great experience,” Brandon said. “I got to peg this thing all the way from zero to 100 per cent throttle and it’s unbelievably quick. It pulls like crazy.” 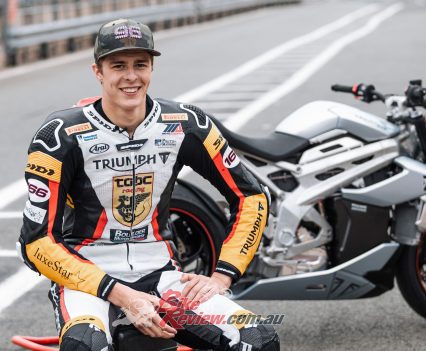 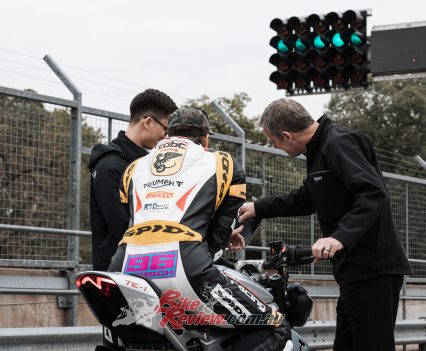 Advances in battery and charging technologies that have been developed as part of the Triumph TE-1 project, in collaboration with Williams Advanced Engineering (WAE), have resulted in a game-changing 20-minute charge time (0-80%), successfully delivering against the ambitious targets laid out by Innovate UK, the government’s research and innovation agency that supports business led R&D funding and UK business growth.

With an overall weight of 220kg, the TE-1 prototype is lighter than the equivalent electric bikes available currently, by up to 25 per cent, giving it an incredible power-to-weight ratio. Having a physical size and scale comparable to a Street Triple, but with the ergonomics, geometry and weight distribution of a Speed Triple, Triumph say the TE-1 delivers a completely thrilling ride, while being confidence-inspiring, nimble and compact. 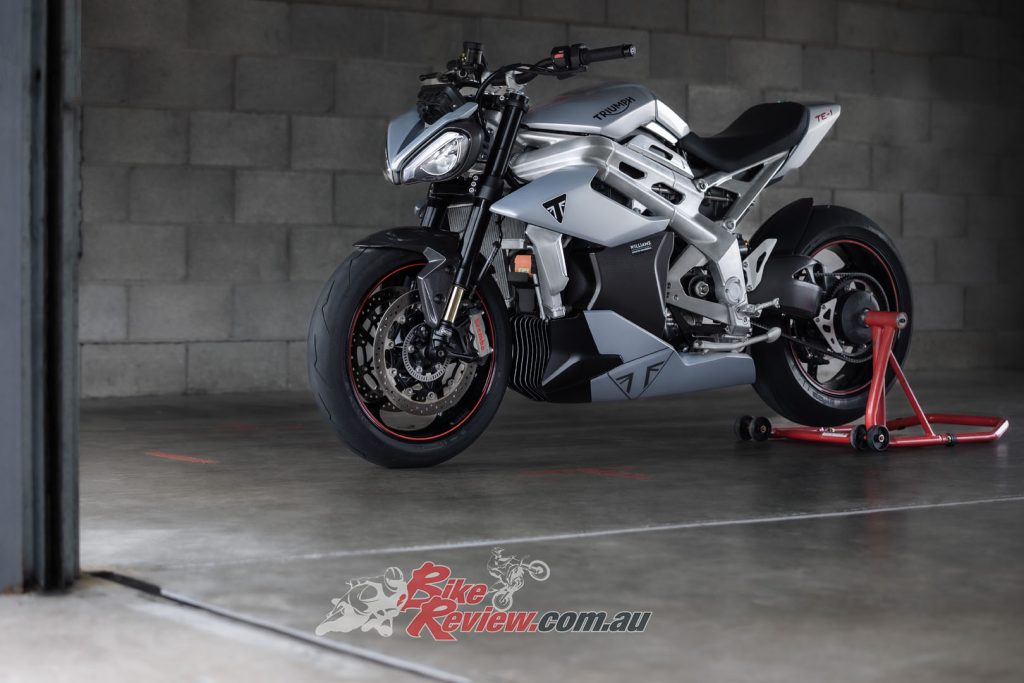 With an overall weight of 220kg, the TE-1 prototype is lighter than the equivalent electric bikes available currently, by up to 25 per cent.

“I wish I’d had this at Daytona, that acceleration in this chassis, and how it corners – wow!” said Brandon Paasch. “I think this would be a really nice motorcycle to ride on the street, just based on how nimble and agile it is, and how light it feels.” 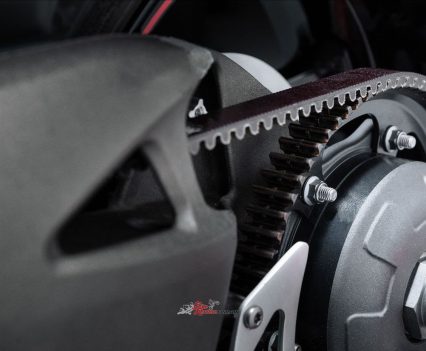 An awesome sound thanks to its unique helical gear pair primary transmission, running to the rear via a belt drive. 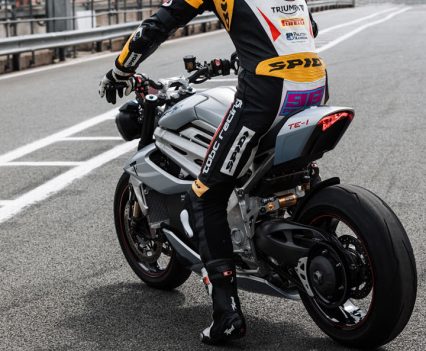 A style and presence that is 100 per cent Triumph, with signature design DNA.

Triumph say the TE-1 prototype’s pure, characterful sound is considered to be more appealing and exciting than any of the equivalent electric motorcycles currently available, thanks to its unique helical gear pair primary transmission. With noise levels tested at Mira’s external noise measurement facility, the TE-1 successfully achieved all noise standards set by the R41 homologation tests for wide open throttle, cruising and urban.

Triumph say the TE-1 prototype’s muscular presence utilises signature design cues from the brand’s iconic modern history of performance motorcycles, while clearly being a bike of the future. Now updated with its final body panels and paint scheme, the prototype demonstrator brings a style and presence that is 100 per cent Triumph, with all of the brand’s signature design DNA, from its aluminium frame to its distinctive twin headlights and head-down focused stance and poise. 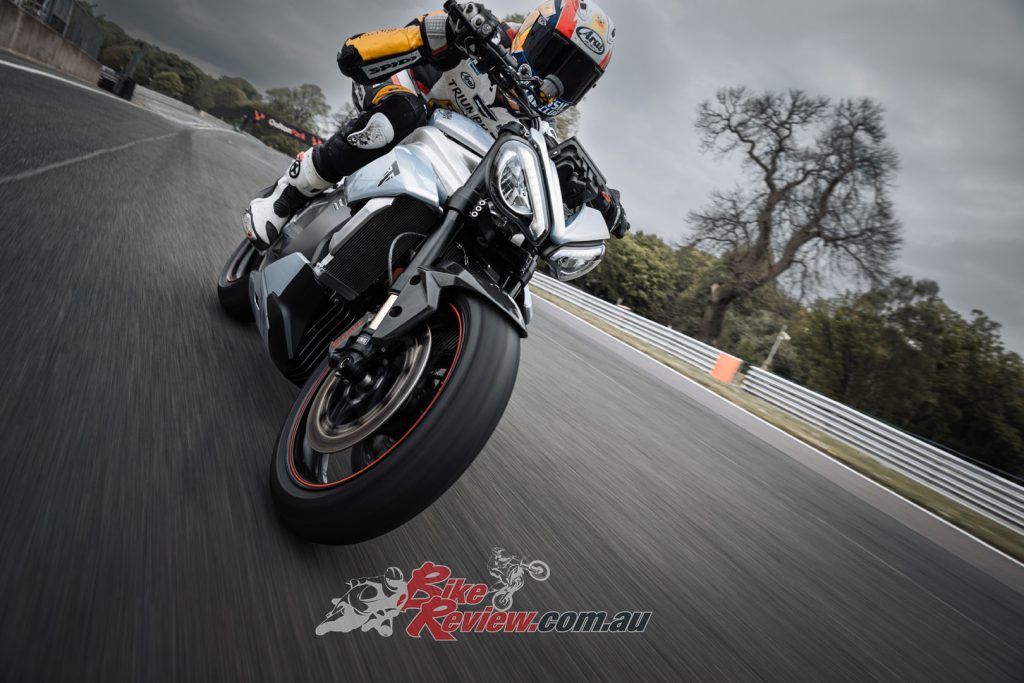 “We’ve already seen an incredibly positive reaction to the TE-1 prototype from motorcyclists all around the world, where many people are telling us that for the first time, they are seeing an electric motorcycle as desirable, and something that they would genuinely want to own.” said Steve Sargent, Chief Product Officer, Triumph Motorcycles.

“Being the first step in our journey towards developing our future approach to electric powertrain technology, the TE-1 prototype – and the incredible results it has achieved in its intensive testing programme – has provided crucial insights and capabilities that will ultimately guide our future development. Of course, the final production motorcycle will not be exactly what you see here today but, rest assured, the models we do develop will encompass all of its learnings and its exciting dynamic spirit.” He finished 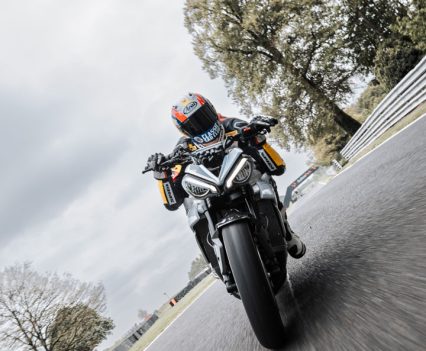 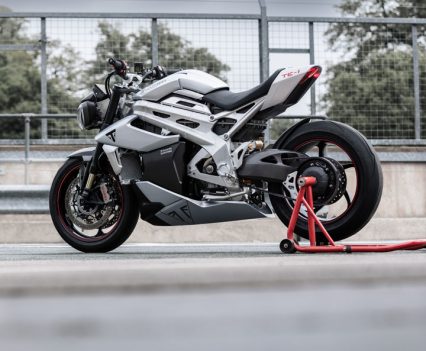 Overall, the key objective of the TE-1 project was always focussed on developing electric motorcycle capability, in order to provide an input into Triumph’s future electric motorcycle offering, driving innovation, capability, and new intellectual property, and enhancing the credibility and profile of British industry and design.

“We’re incredibly proud to be able to share such positive outcomes from the completion of Project Triumph TE1, where the prototype demonstrator has exceeded many of our initial targets and expectations. Everyone on the team is thrilled with the results we’ve achieved with our partners, and how the outcomes of the project will feed into the electric future to come from Triumph.” Nick Bloor, CEO, Triumph Motorcycles. 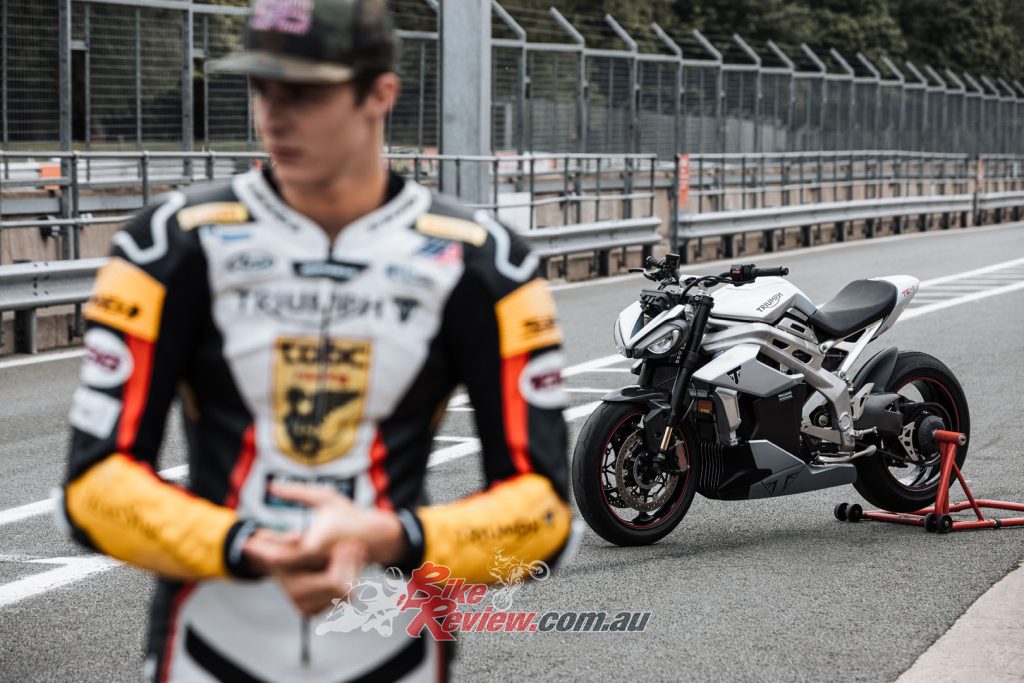 “The achievements in the live testing phase, exceeding current benchmarks and targets, provide a platform with great potential for future development in electric motorcycle performance.”

“WAE is delighted to have been involved in this exciting programme to deliver the TE-1 prototype. Since its conception in 2018, all the partners have worked with collaboration, innovation and passion to bring the boundary breaking prototype to life. It’s pleasing to hear positive rider comments, which confirms that the dynamics of the bike are aligned with Triumph’s DNA. This has been underpinned by the class-leading Battery and Control System that WAE has produced within a lightweight and integrated package. This core WAE technology has allowed us to exceed performance and charging targets for the battery, which we look forward to seeing in future powertrains.” said Dyrr Ardash, Head of Strategic Partnerships, Williams Advanced Engineering.

“We’re delighted to see the final TE-1 motorcycle testing phase completed and with that, further validation of the performance and efficiency of our Scalable Ultra-Integrated Motor and Inverter. For the TE-1 application, the motor has achieved peak and continuous power densities of 13kW/kg and 9kW/kg respectively – 60 per cent higher than APC technology roadmap targets for 2025. All this has been achieved using materials and processes compatible with volume automotive production and on a length-scalable motor platform. The motor scalability concept deployed on TE-1 has provided a springboard for a new scalable motor architecture, to be announced later this year, which will provide similar performance levels but much greater manufacturing scale than previously.” Said Andrew Cross, Chief Technology Manager, Integral Powertrain Ltd. 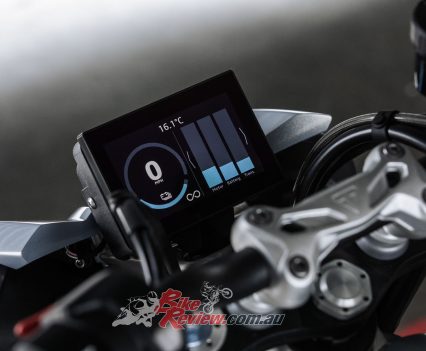 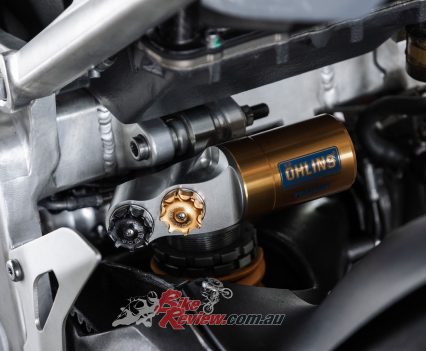 “The ultra-integrated inverter concept, also scalable such that the number of Silicon-Carbide power stages increases for larger-diameter motors, has really delivered on performance (capable of >500kW) and gives us the opportunity to optimise for production or meet much higher power requirements. We’re really proud to have been a key part of this exciting project which has been a landmark for electric motorcycles and British industry.” He finished.

“To meet our ambitious emission reduction targets in the UK, we will have to rethink the way we travel, not only transitioning from ICE to electric propulsion vehicles, but also encouraging a modal shift away from private cars. Electric two wheelers have a pivotal role to play in the transport revolution as a zero-tailpipe emission option.” Said Prof. David Greenwood, CEO, WMG centre High Value Manufacturing Catapult, University of Warwick 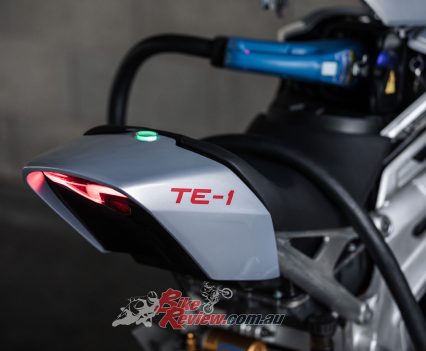 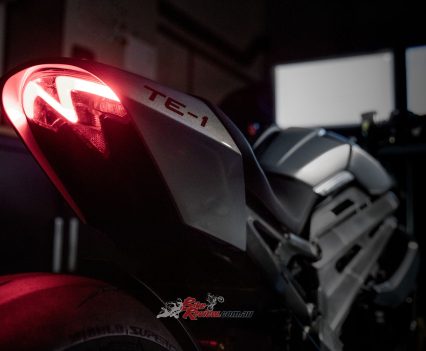 “In our partnership with Triumph, WMG used our research experience in electrification to demonstrate manufacturers can deliver products with a lower-emission burden as well as outstanding performance-offering customers an EV that is great fun to ride.” He finished 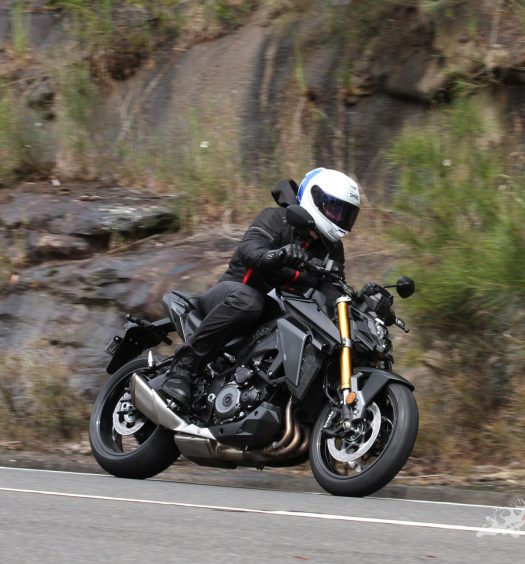 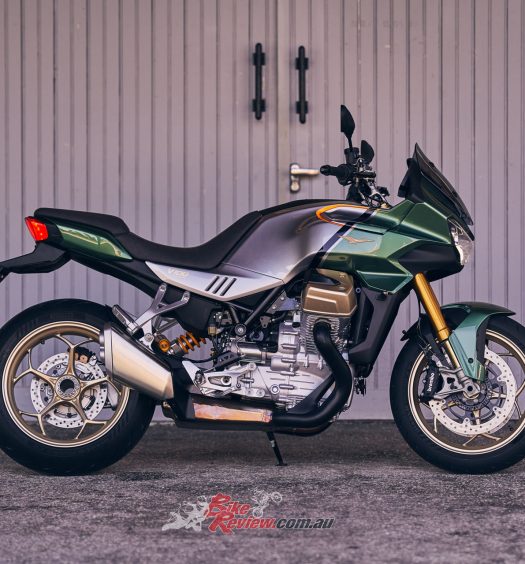