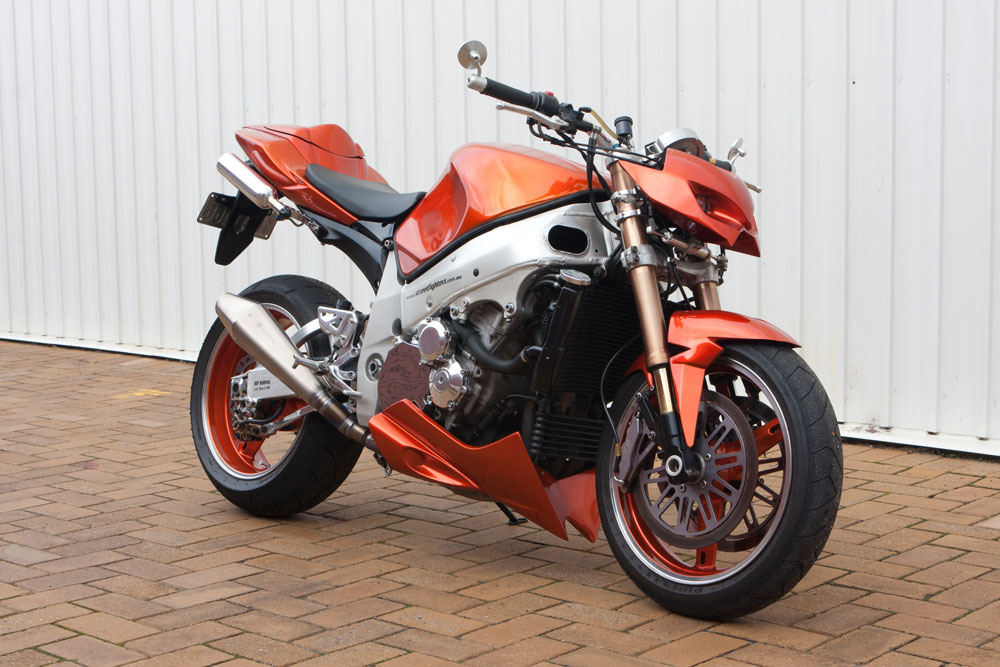 A number of months ago, when this column resided in the pages of the printed Rapid Bikes magazine, I talked about the future of streetfighters – what would happen with our favourite style of bikes with the passing of Streetfighters magazine in the UK, and the end of the massive Fighterama Show in Germany.

At the time, I pointed out that while the doom-mongers were saying that it was the absolute end for custom performance bikes, it was business as usual for the guys (and gals) who were out there building, riding, racing and stunting streetfighters. Everything changes, but everything stays the same. 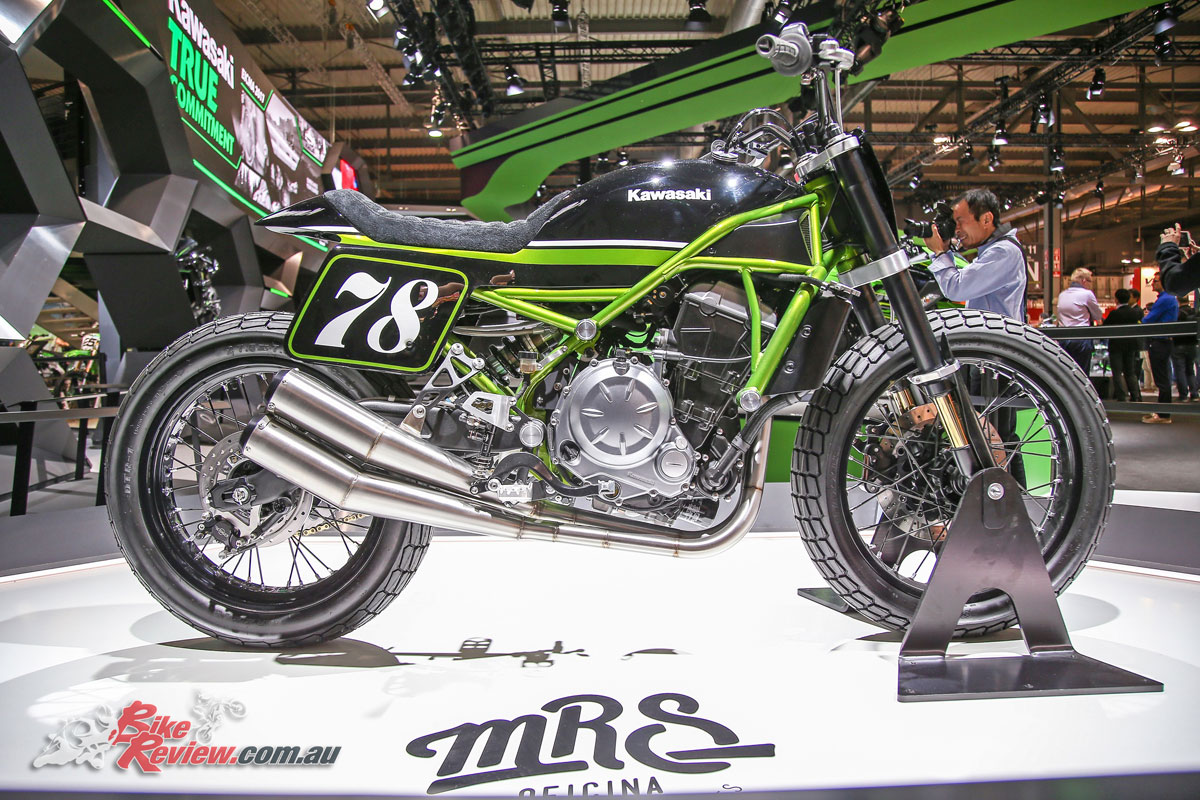 The custom scene was also alive and well at EICMA, here’s one of several custom Kawasaki’s on display

Right now, those self-same purveyors of misery are dictating that we’ll never see a bike modified for performance over practicality ever again. The reason this time? Stalwart publication, Fighters magazine, has reached the end of its lifetime as a printed magazine as of its last edition, which went on sale in mid-October.

Fighters had seen a run of about eighteen years, as a spin off from the German language version of the British mag Streetfighters, after an ill-playing business transaction by management types who gave neither a f**k nor a sh*t about motorcycles, motorcyclists or the magazines that were actually making them profits.

The result was an independent custom bike mag run by passionate and devoted staff, who also ran the phenomenal Fighterama event – an indoors streetfighter extravaganza that attracted rabid headcases and their crazy motorcycles from all over the world – once a year.

Now, while the printed mag has ceased to be, it’s not the end for the German ‘fighter fans, for there is still a massive market in Germany (and the rest of Europe for that matter) for the radical, stumpy-arsed customs as seen in the mag. Those whose glass is half-empty are saying that the ‘fighter scene is dead in Germany. 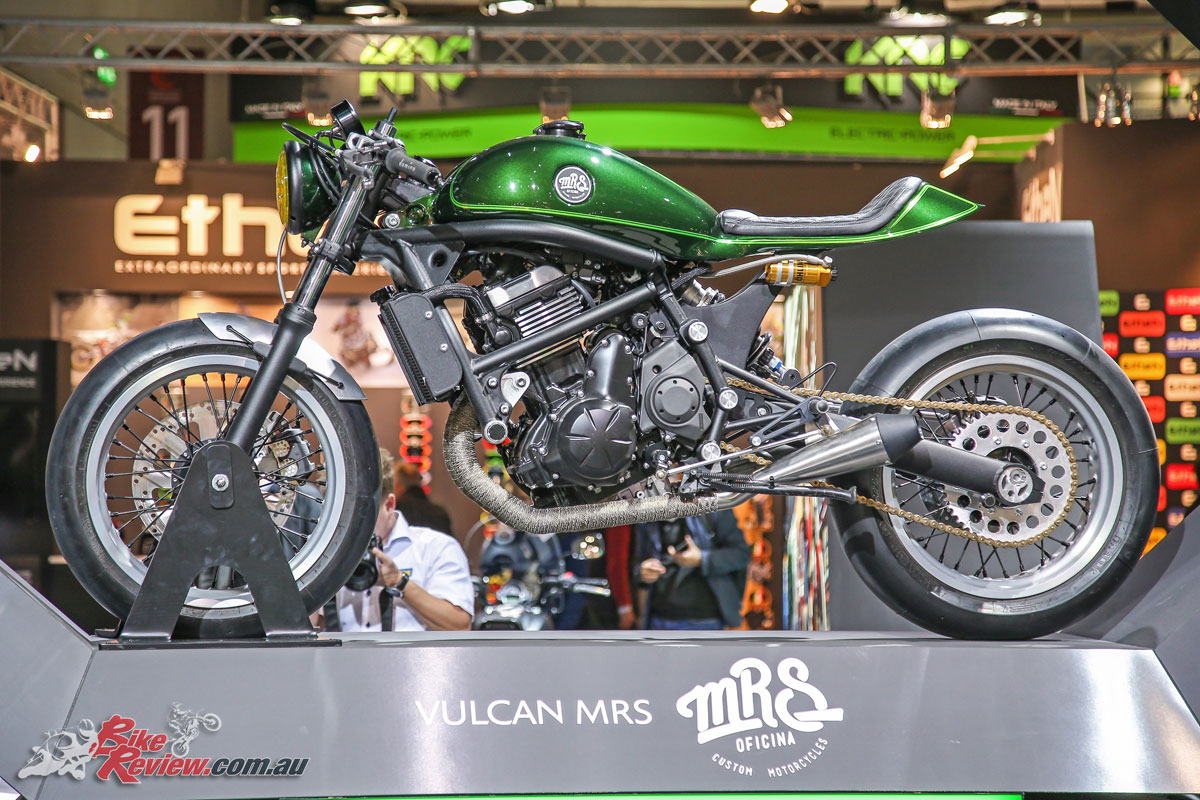 Another custom Kawasaki at EICMA

Those of us who have a glass that is half full (and is being topped up at regular intervals) know that the demise of Fighters mag is simply down to the piss-poor state of the printed media market, and that there will continue to be lots of in-your-face streetfighters built in Germany, and the future for rear tyres is as unstable as it has always been at German events… They do like their burnouts!

The hugely expansive Teutonic aftermarket industry will continue to produce myriad headlight masks, tank covers, bellypans and tail units that resemble the stance of a dog prostitute. And there’ll still be hundreds, if not thousands, of off-the-shelf bolt-on goodies like coolant expansion tanks, fork yokes, brake fluid reservoirs and the like. You just won’t see them advertised in a printed magazine any more.

With the exception, that is, of Bomber mag, produced in Finland and printed in Finnish, which is of little help to those of us whose mother tongue is, well, just about any other language on the planet… And the Finnish are a breed apart. They’re all petrol heads, and fanatical with their approach to vehicle modification. In fact, they have much of which to be envious. Except the subzero temperatures that they endure every winter. 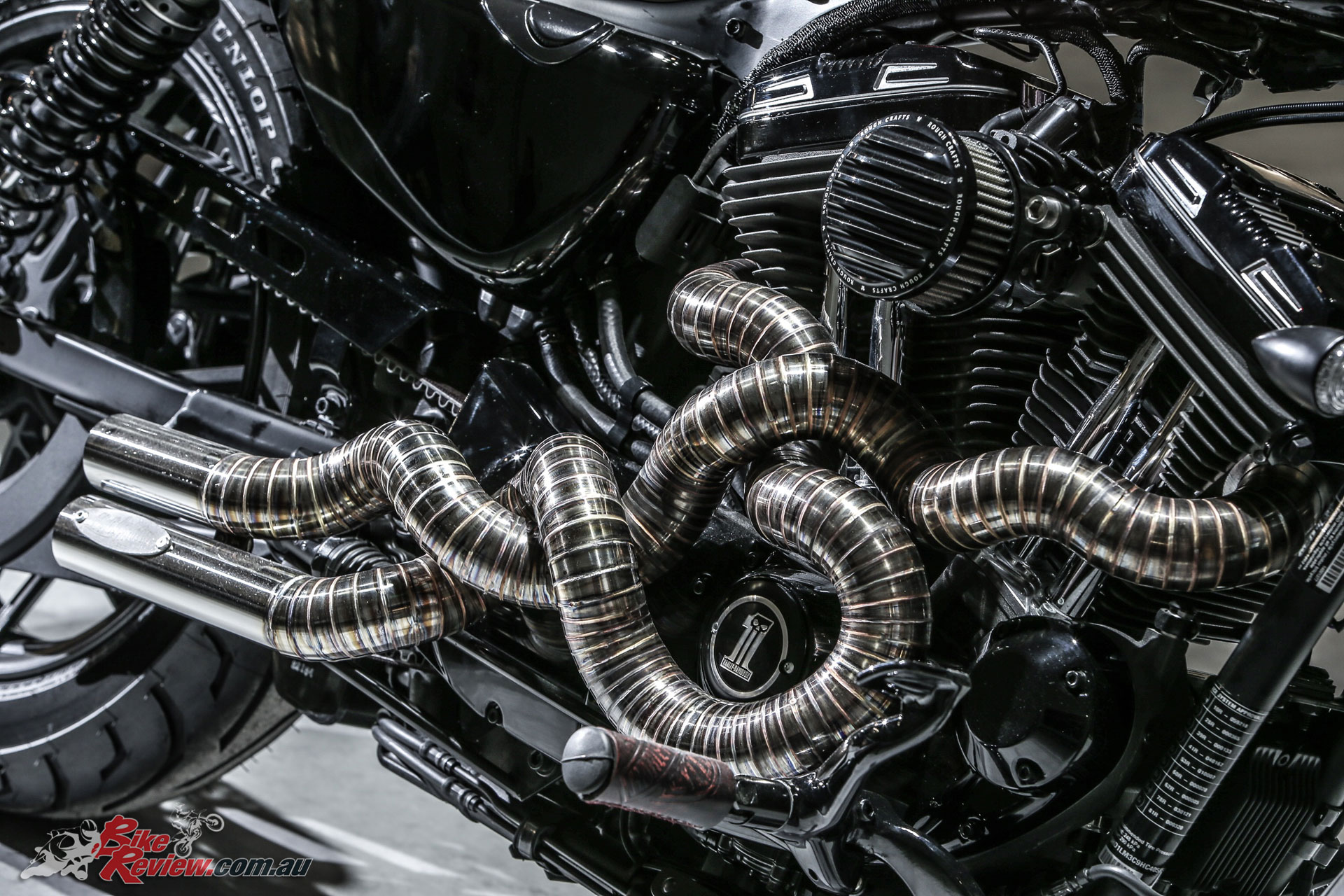 So, the point that I’m coming around to is pretty much the same one as I stated a couple of years ago. That streetfighters are not dead and buried. They never will be. In the same way that street scramblers, choppers, bobbers and café racers weren’t and aren’t. It’s just that the Floodlight Of Publicity points in different directions at different times.

And, as mentioned a couple of months ago, while the trendy scene of café racers, bobbers, brats and street trackers is currently gaining the air time and publicity, there are many builders of those style of bikes who’re now turning to more powerful, more performance-oriented custom bikes. Yes, that’ll be streetfighters.

So, take pride in the fact that streetfighters have become something of an underground scene. Ignore the naysayers and be proud to ride something different from the trendy, fashionable types who are riding the wave of hipsterism aboard their ‘trackers and brats. Build a tyre-chewing, monster power streetfighter and go out and scare kids, lay black lines at every intersection and become an anti-fashion anti-hero.

It was once said that streetfighters are ‘a maverick cult on the fringes of respectable motorcycling’. Why should that be any different now? Build more. Ride more. 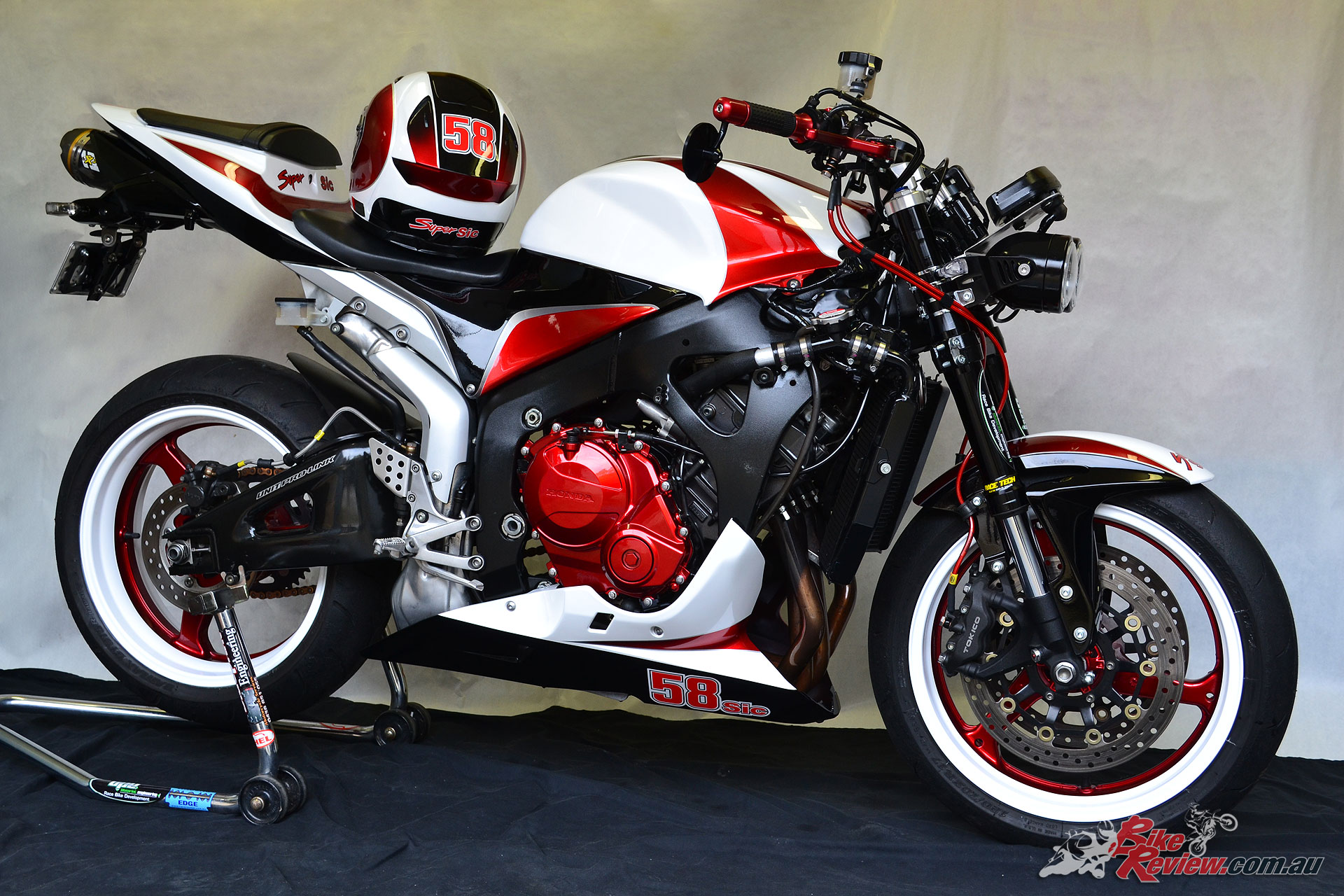 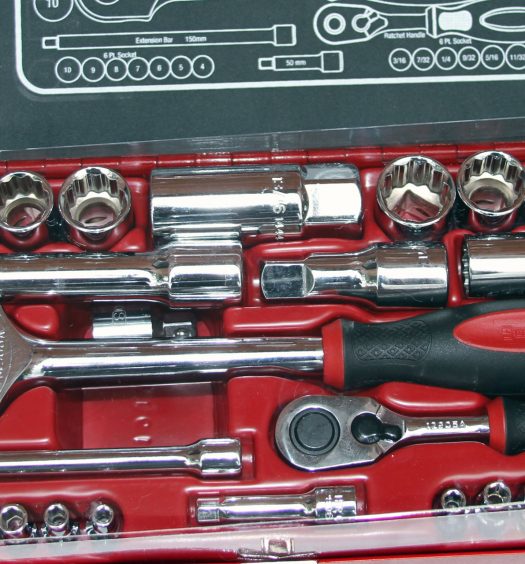 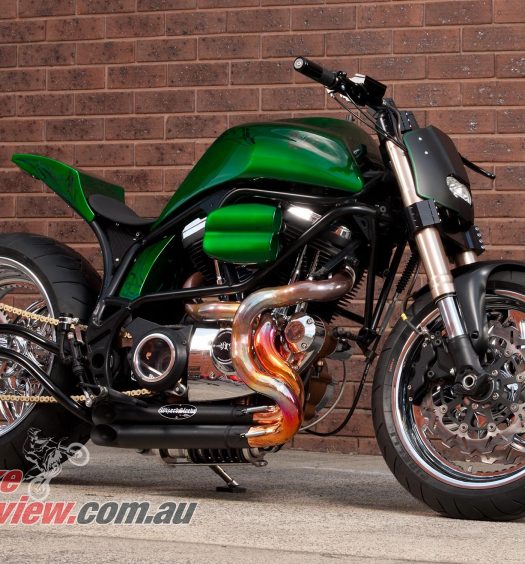