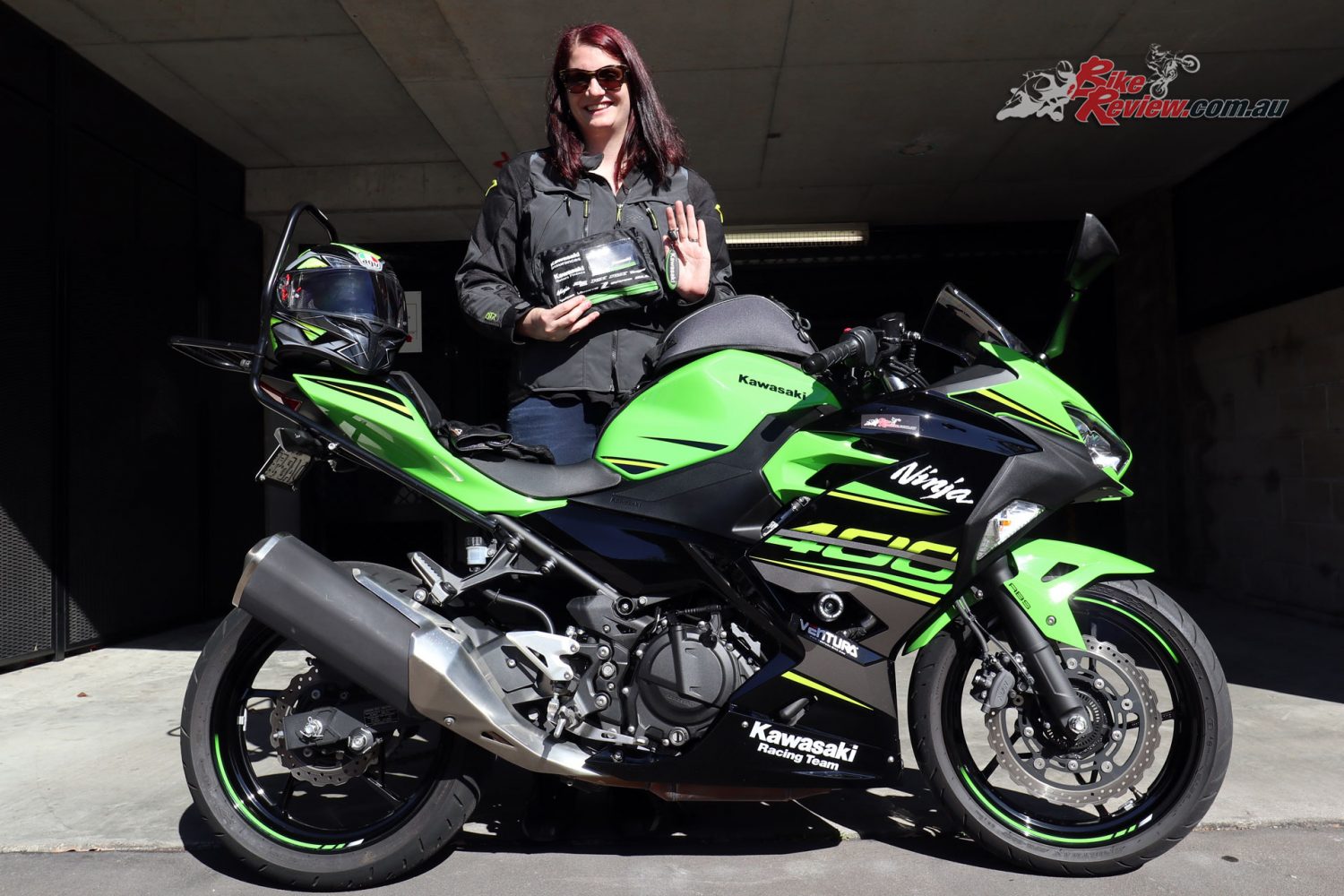 All smiles on officially getting the keys to our Project Ninja 400!
Bike ReviewsSportsKawasaki

Our Project Ninja 400 has become a permanent fixture after Kris's wife Sam decided it was so good that she'd buy Kawasaki's popular learner option.

You read that right, our Project Ninja 400 has become a permanent fixture, with Kris’s wife Sam so impressed by this little learner option and transitioning from a scooter onto a real bike on it, that she bought it! That’s a vote of confidence if we’ve ever seen one. 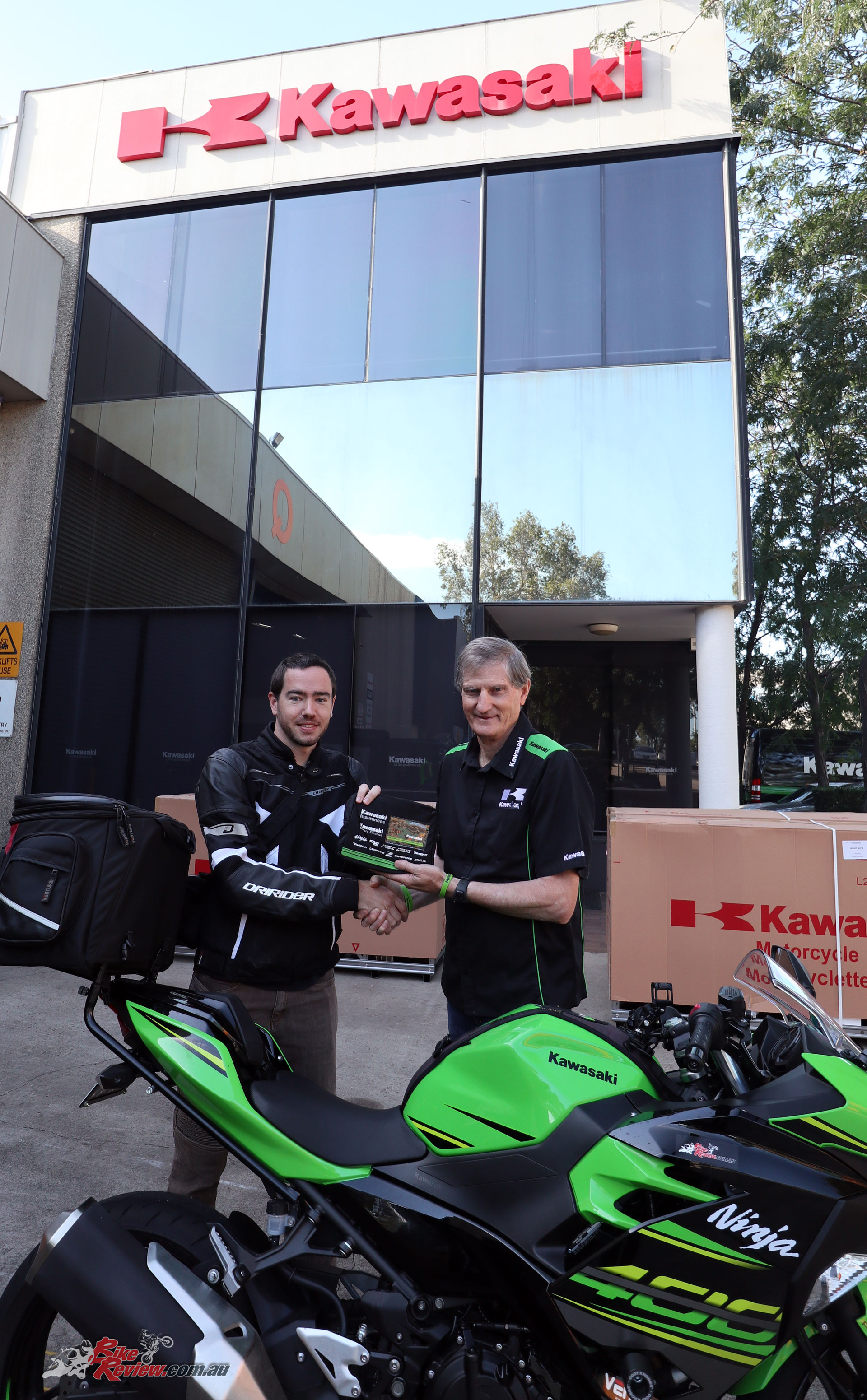 That means there’ll be plenty more updates into the future, with Kris often jumping on the Ninja 400 for the 100km commute to Bike Review HQ, while we still have plans for some additional modifications, including the slip-on exhaust and adjustable levers. We’ve already got a DNA airfilter lined up for installation thanks to Kenma Australia.

Kris had the job of heading over to Kawasaki HQ in Sydney for the official hand over, with legend ex racer Murray Sayle doing the honours while Sam had to work at her real job and got to celebrate adopting Project Ninja 400 after work! 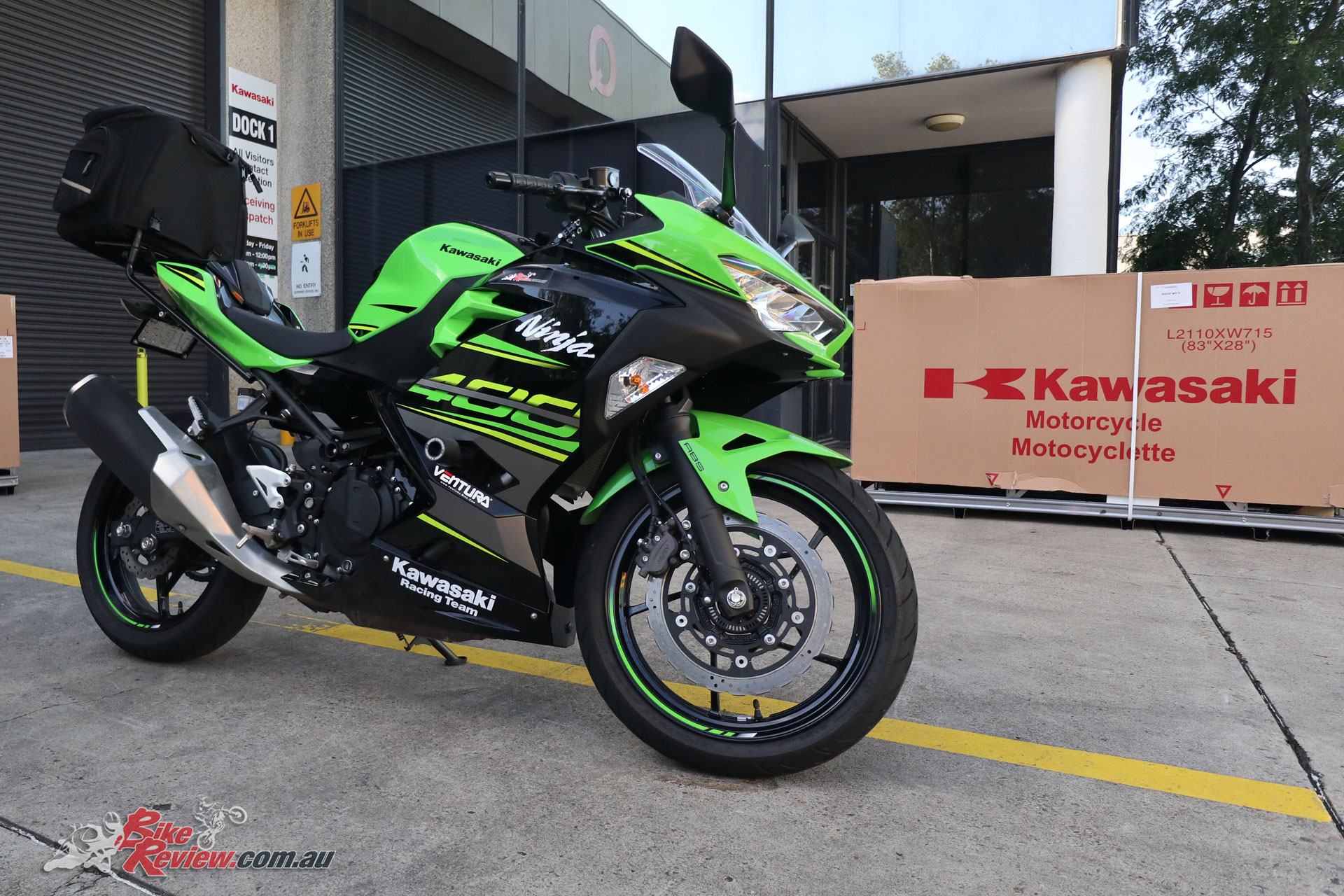 Our Project Kawasaki Ninja 400 has become a permanent fixture after Kris’s wife Sam bought it as her first proper motorcycle!

Kris was stoked to see Sam complete the move to a real motorcycle, as well as adding this little weapon to the garage.

“It’s awesome that Sam’s been so happy with our Project Ninja 400, even as an experienced scooter rider learning to use the clutch is a bit of a hurdle, since it’s that one area that saps new rider’s confidence until they get to that point where they are no longer thinking about it. Newer machines are often a lot more forgiving than something like what I started on, and the Ninja 400 is no exception.

“Obviously with plenty of road skills and experience under her belt, Sam needed an option that wasn’t too intimidating, with good performance and that could handle pretty much anything, as even after 10 years riding, she lacks that rev head drive for ever increasing power… so this bike will be in the family in the very long term as she won’t want a capacity increase. 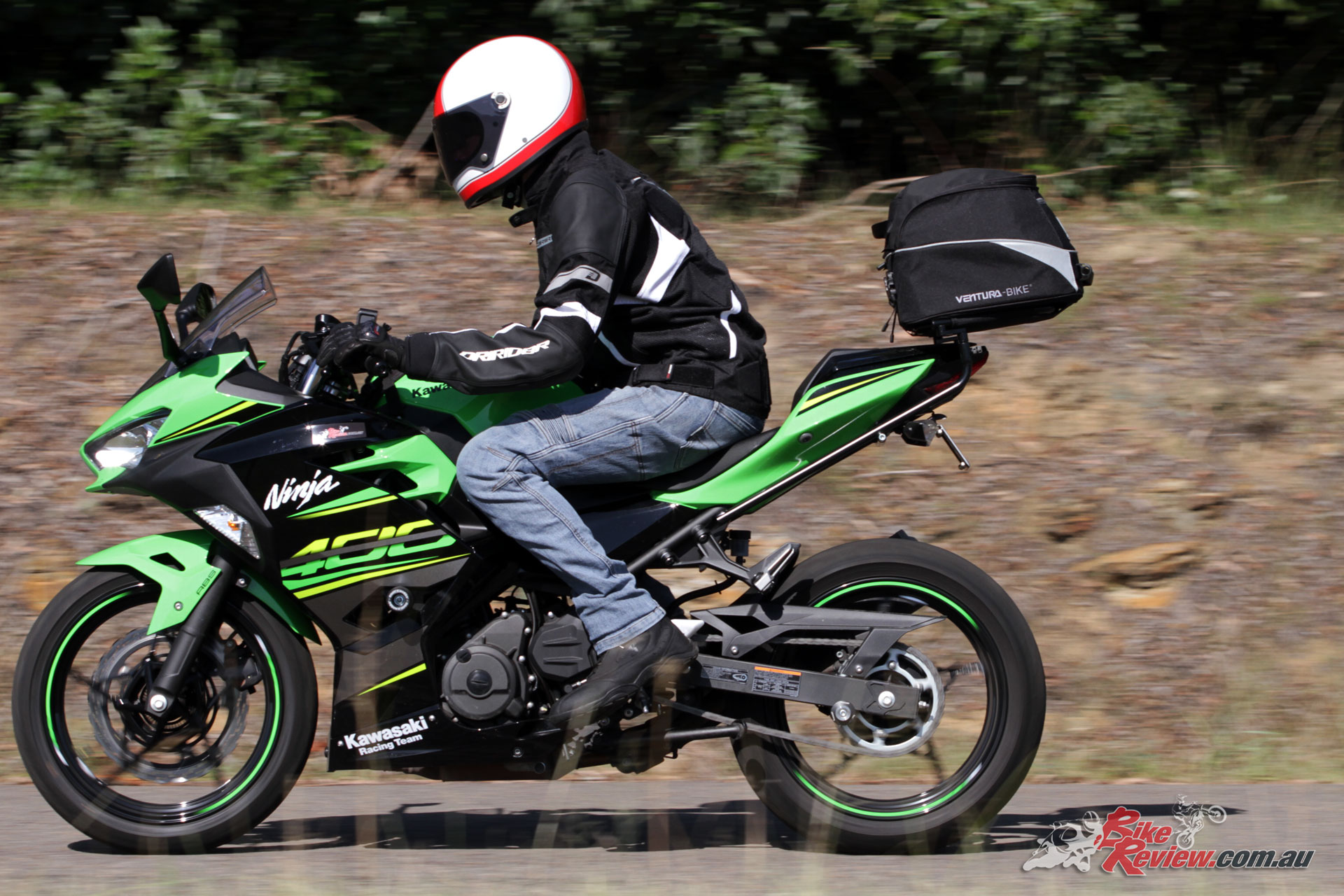 Our project Ninja 400 will be sticking around a fair bit longer, so there’ll be plenty more updates!

“That’s the great strength of the Ninja 400 if you ask me. Even as someone who rides a huge variety of machinery and has a sportsbike in the garage, the Ninja 400 still offers plenty of thrills and I could take it to a training course and probably benefit more than on a larger capacity machine.

“It’s a great everyday commuter apart from the seat being hard, and if there’s dads (or mums) out there looking to start riding again, and get a son or daughter into riding at the same time, this would be the perfect machine to share. Plus despite demanding a premium over some of the more basic or lower power LAMS options, it offers a lot more room to develop and should be rewarding for far longer.” 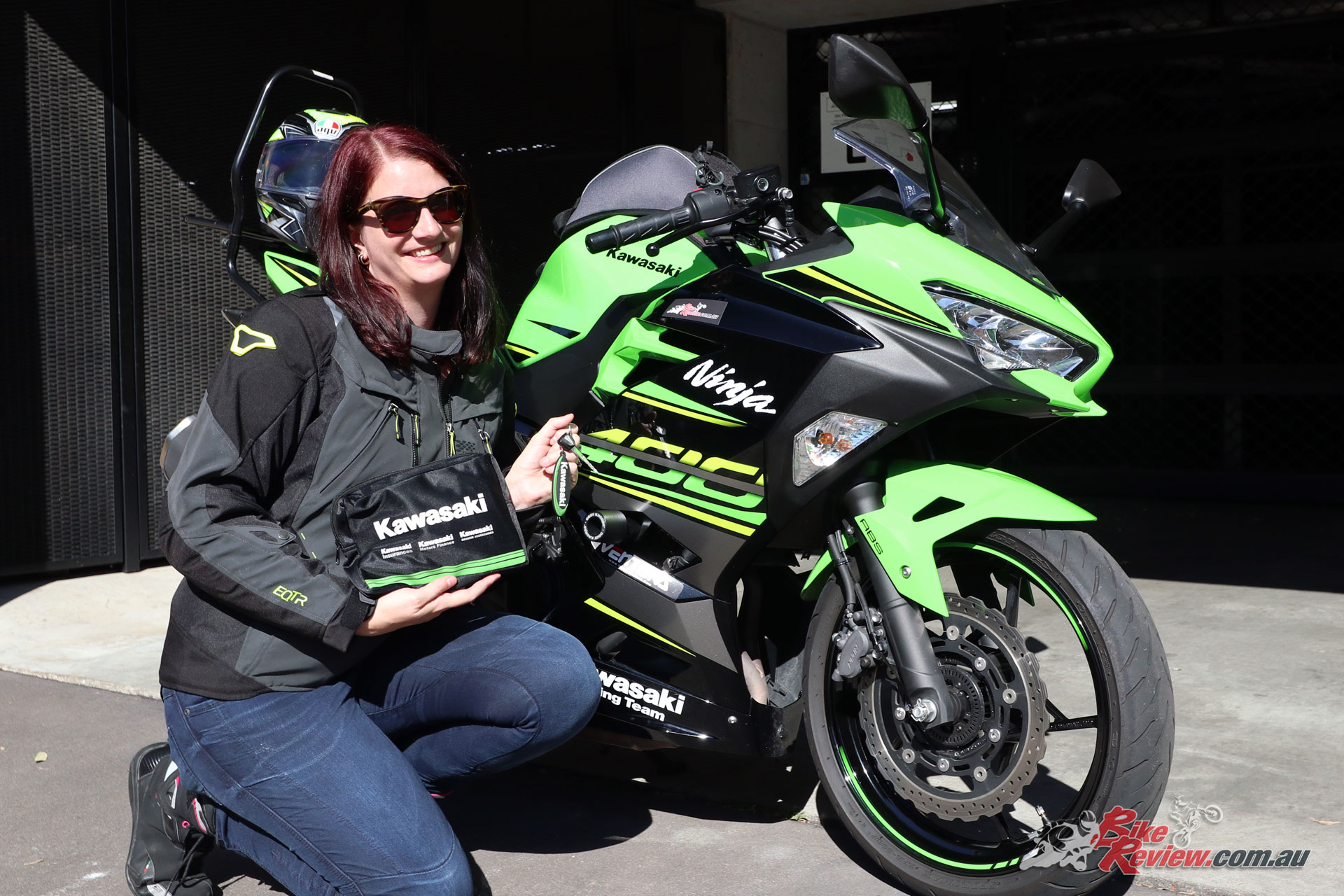 Sam had to wait till she finished work to officially get the keys to our Project Ninja 400!

Here’s what Sam had to say about the Project Ninja 400, “With the help of the team at Bike Review, I recently purchased the long-term Ninja 400 from Kawasaki, who I owe a big thanks to (Go Team Green!) I decided to purchase the Ninja 400 to replace my scooter, which I’ve owned for close to 10 years and until fairly recently used to commute daily to work. 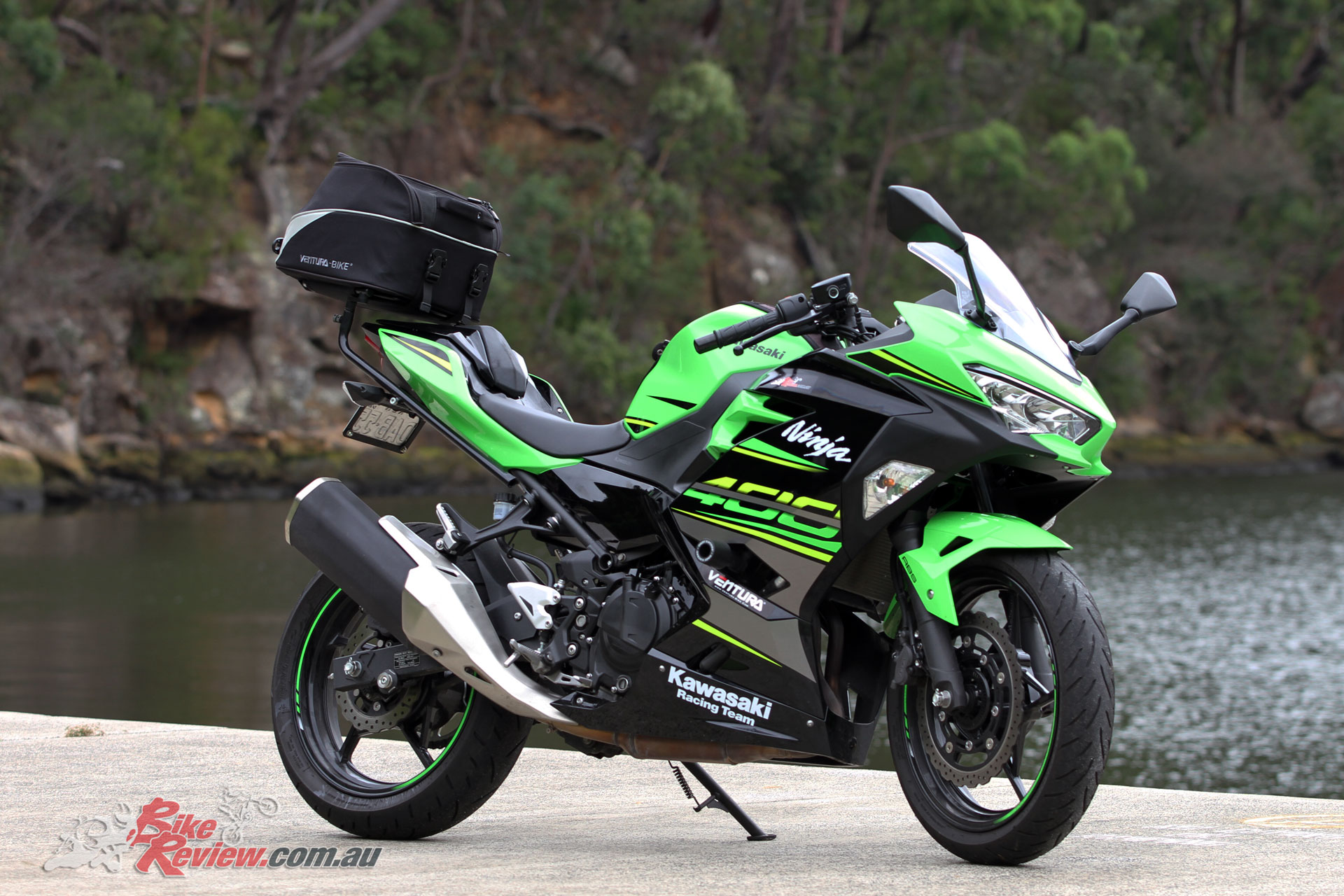 “When I first considered upgrading, I looked for something that would make the transition from automatic to manual easy, and value for money in terms of registration and insurance because scooters are (typically) very cheap to keep on the road, with the Ninja 400 proving just as affordable. So now I’ve upgraded from a 250cc to a 400c, from an automatic to a manual and my experience so far has been positive and it’s definitely been easier to transition from a scooter to motorcycle then I first expected. The Ninja 400 is one of those bikes you can simply jump on and ride, being smooth and agreeable, so I’m very happy!”

If you’ve got any questions or suggestions about the Project Ninja 400, picking a first motorcycle or getting started riding just let us know. 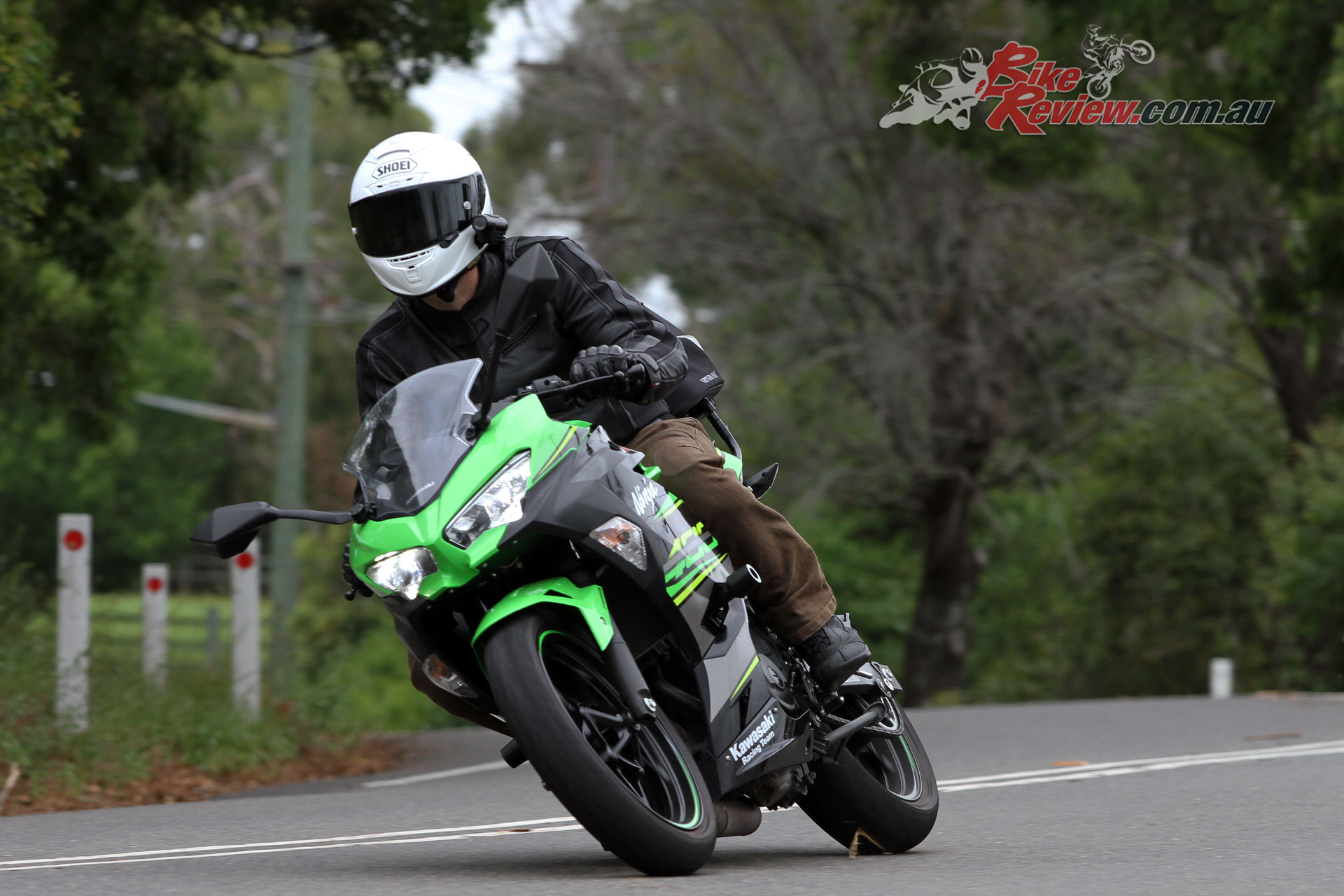 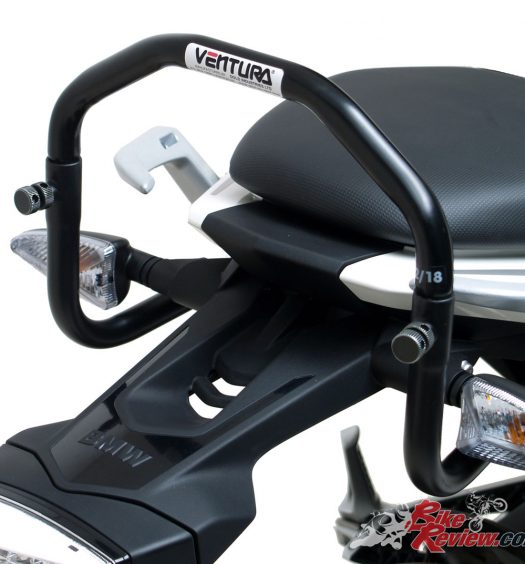 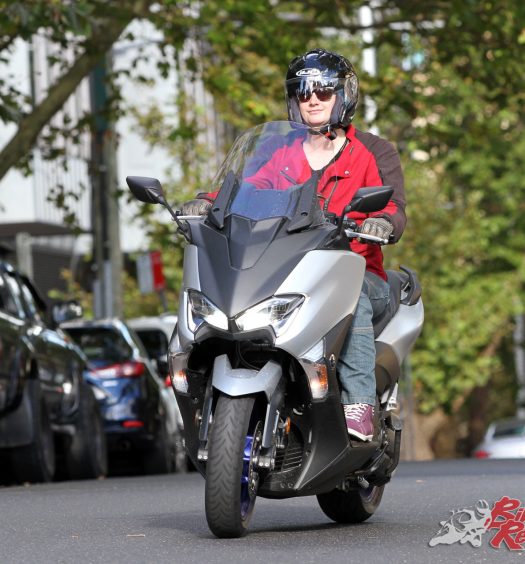