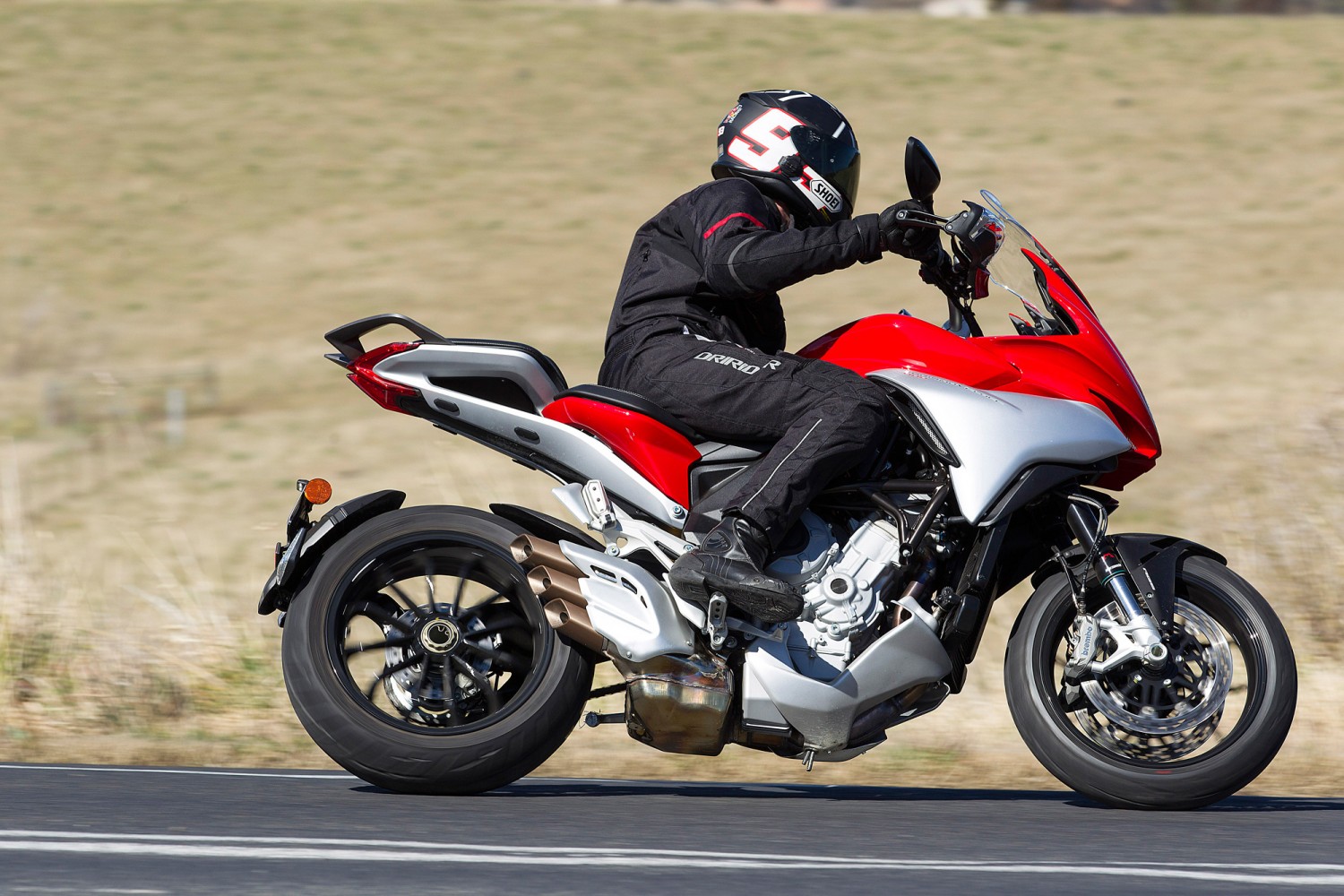 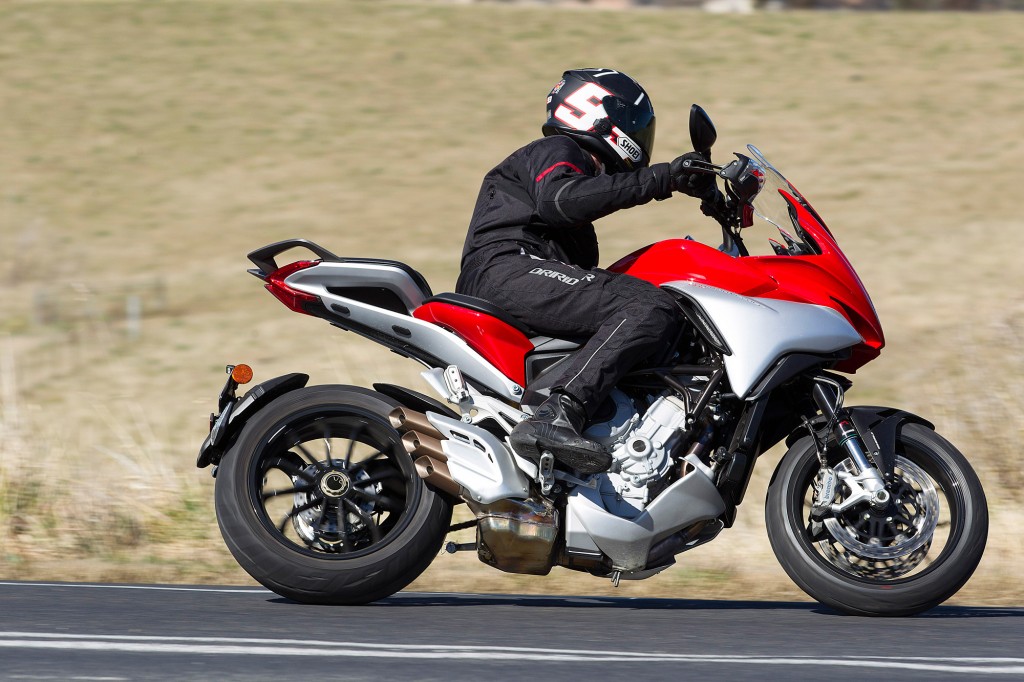 At first glance the front end is obvious, with the fully faired nose, while the tail’s sub-frame is an awesome piece of light alloy that is fully visible, with a stylish grab rail for pillions.

Hand guards with integrated indicators on the ‘bars are once again featured, along with an adjustable screen, offering good wind protection. Panniers are not standard but are an optional accessory, with the Turismo Veloce having a much stronger orientation towards being a true touring machine, including a 22L fuel capacity over the Stradale’s meager 16L.

The seating position is also upright with a smaller reach to the ‘bars, which are taller and the seat is a super comfortable two-piece item. The seat height it 850mm which is reasonably tall but helps create the relaxed riding position that’s great for long distances.

The rake has also been increased from the Stradale, while the engine is the latest 798cc triple from MV Agusta, but with compression down to 12.2:1, with torque boosted by a claimed 20 per cent and the focus on an even power curve, rather than outright power. 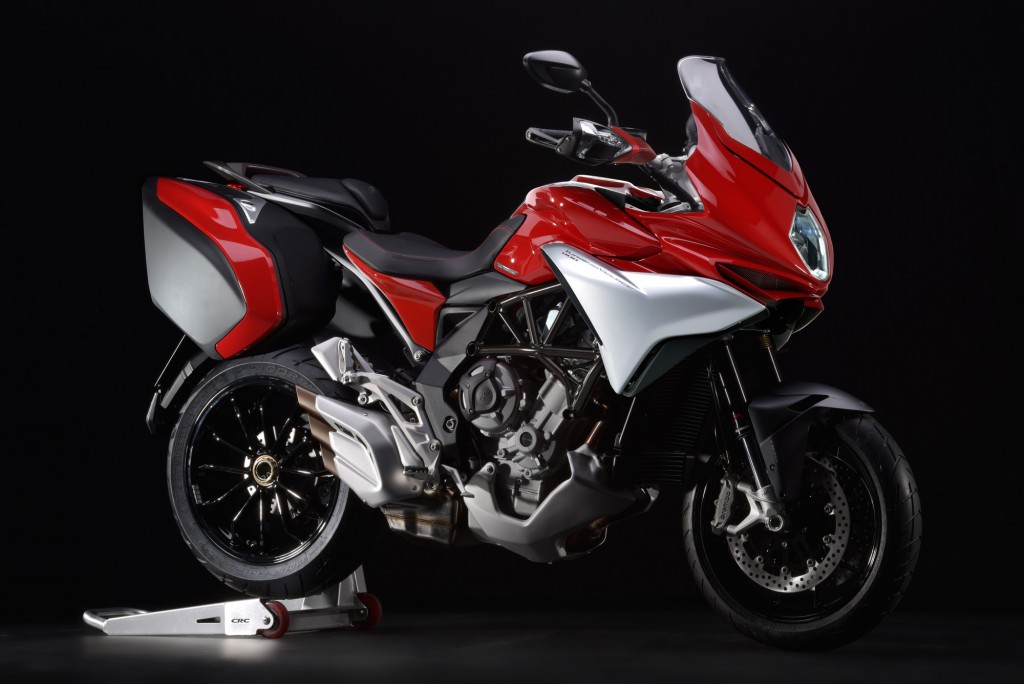 Naturally the counter-rotating crankshaft derived from MotoGP features on the Veloce, as it does on all the MV 800 engines, helping to decrease inertia when changing direction, with the Veloce also featuring a mechanical slipper clutch and the Electronically Assisted Shift (EAS) system that works on both up and down shifts.

The Motor & Vehicle Integrated Control System is the second generation MVICS 2.0 and is further refined from that found on the Stradale, although the Veloce also only uses a single row of injectors – one injector per cylinder. 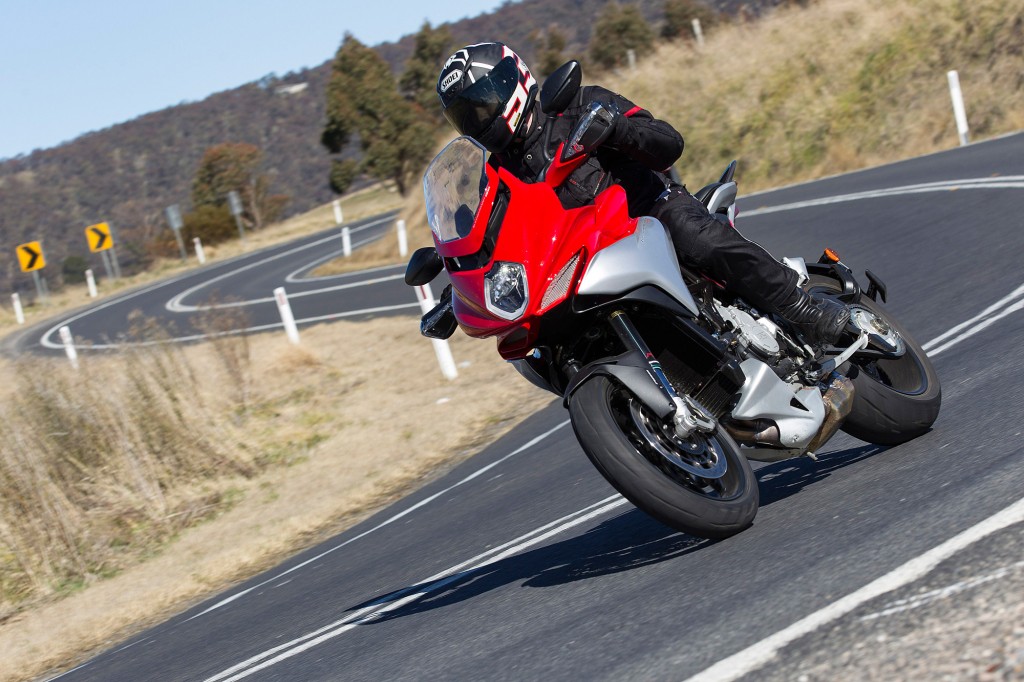 Helping keep track of the multitude of data is also the full colour TFT five-inch dash, including a photodiode that will switch the lights from DRL to low-beam without rider input.

Brakes are as those found on the Stradale – full Brembo offerings with Bosch 9 Plus ABS and RLM, while suspension is basically the same Marzocchi forks and progressive Sachs shock, but tweaked to better suit the Veloce’s performance, weight and even more touring orientated aim, with travel on the front up to 160mm, and up to 165mm on the rear, ensuring an even smoother and more comfortable ride.

Luckily this hasn’t been done at the expense of the MV Agusta handling, which remains neutral but sharp and very sporty. The extra weight over the Stradale isn’t felt and the bike is tactile and despite the taller height, very happy to be leant through the corners.

I was actually surprised at just how good the suspension and handling was, something I only realised when trying the F3 directly after the Veloce. That well damped suspension is exceptional without dive or wallowing.

Power may not be as staggering or jaw dropping as on the F3 either, but there’s more than enough to play with to get you in trouble, with great drive and torque, more than enough for on the road, with MV claiming a top speed of 230km/h, 16km/h up on the Stradale’s claimed 214km/h. 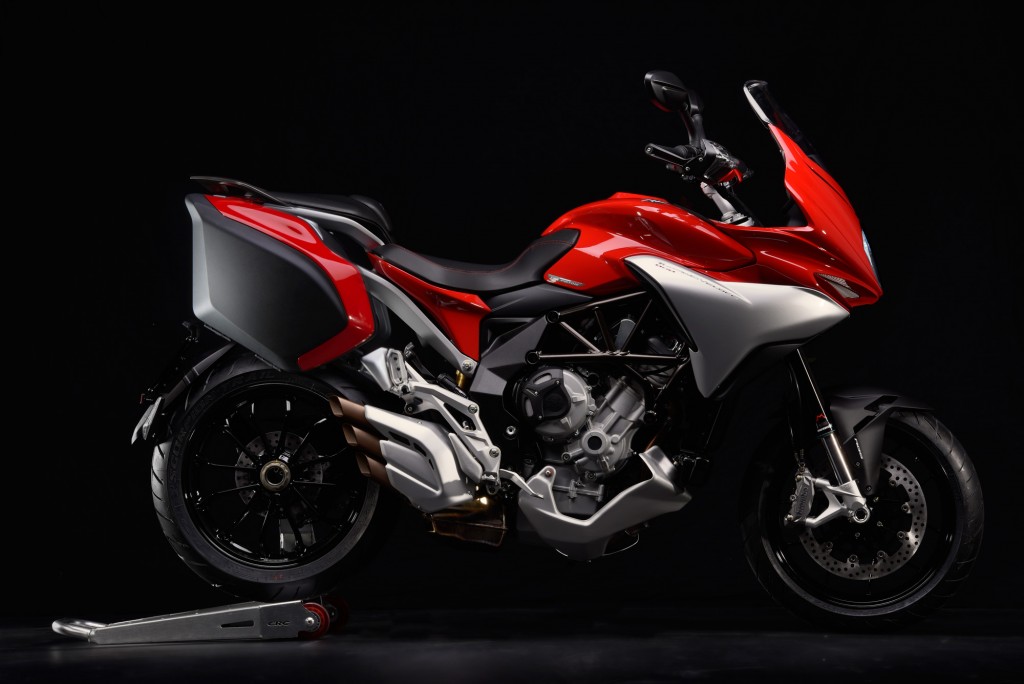 It’s also the way the power is delivered which makes the Veloce so enjoyable, it’s torquey, spools up fast and is exceptionally responsive.

The MV Agusta Turismo Veloce 800 certainly lives up to not only MV’s reputation but also the touring segment, in a typical MV fashion, which is to say taking their own path and providing a great motorcycle. It’s certainly a sporty option designed for those who want something unique, stylish and well spec’d out, with the full electronics package ensuring optimum performance and safety.

A larger tank and greater protection from the elements also help push the Veloce ahead of the Stradale in my opinion, and it is a shame the panniers don’t come standard, as that would offer 30L per side of storage.

There’s also the Lusso model however, which is the higher spec option, incorporating a central stand, GPS sensor and heated grips, as well as full Sachs sem-active suspension with the MV Agusta Chassis Stability Control system, 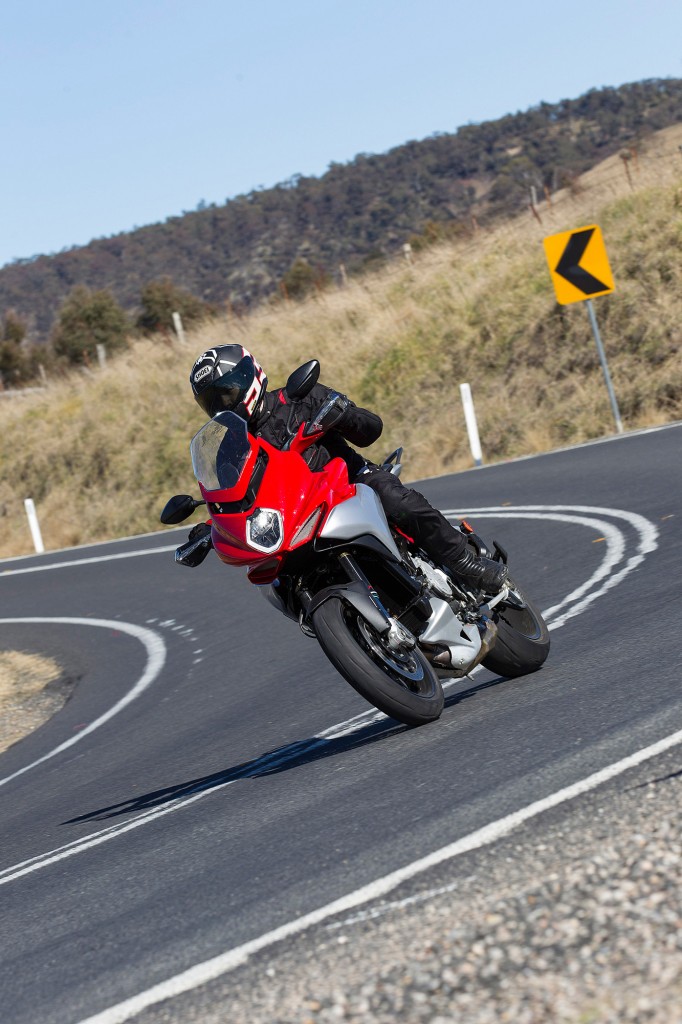 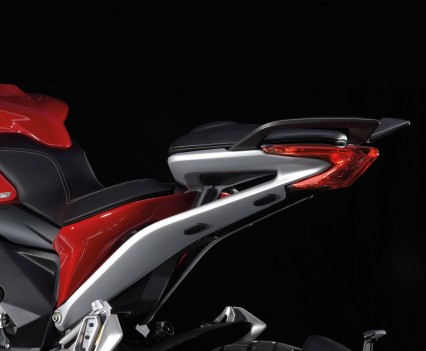 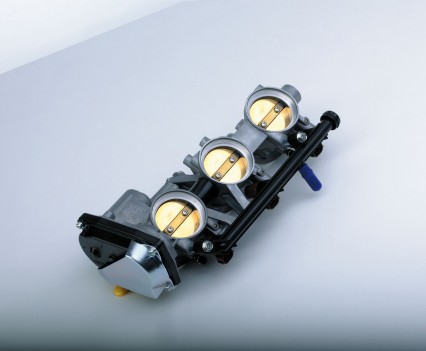 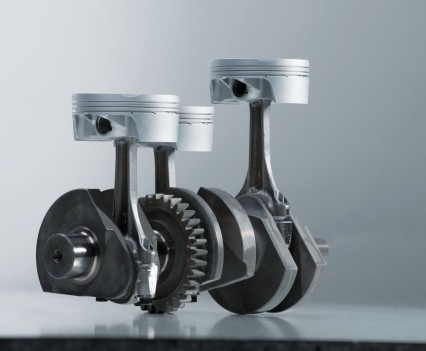 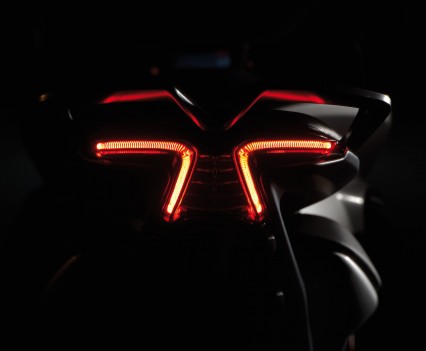 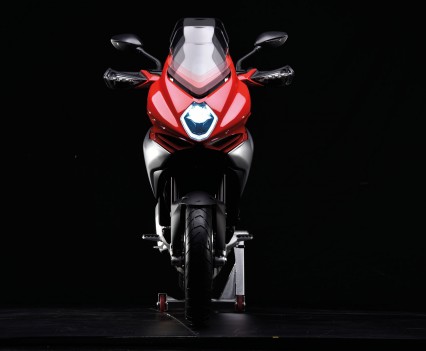 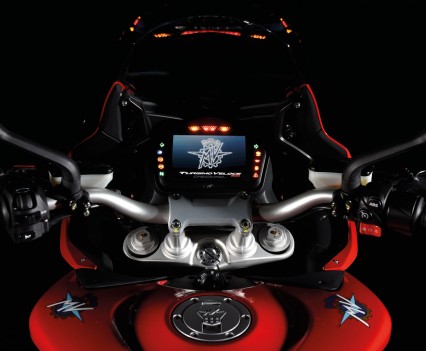 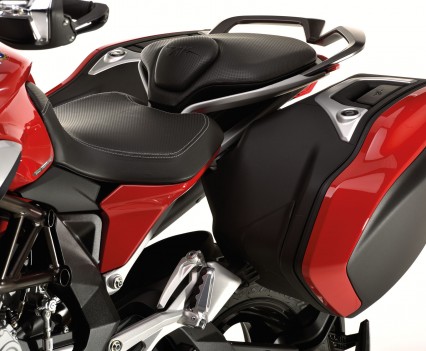 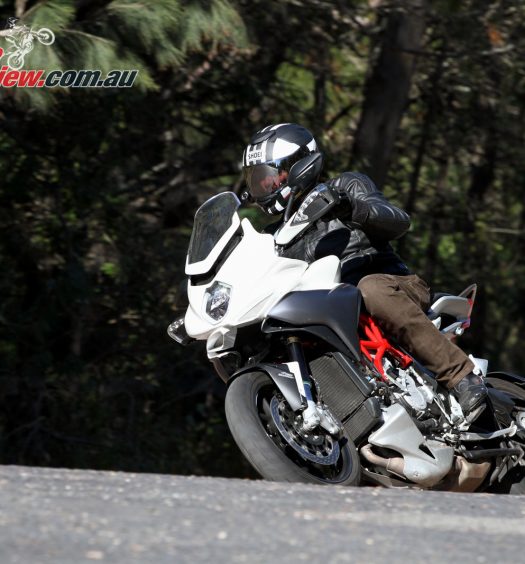 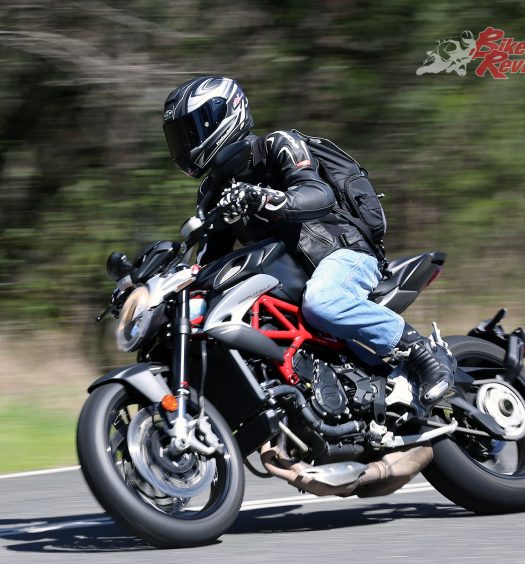