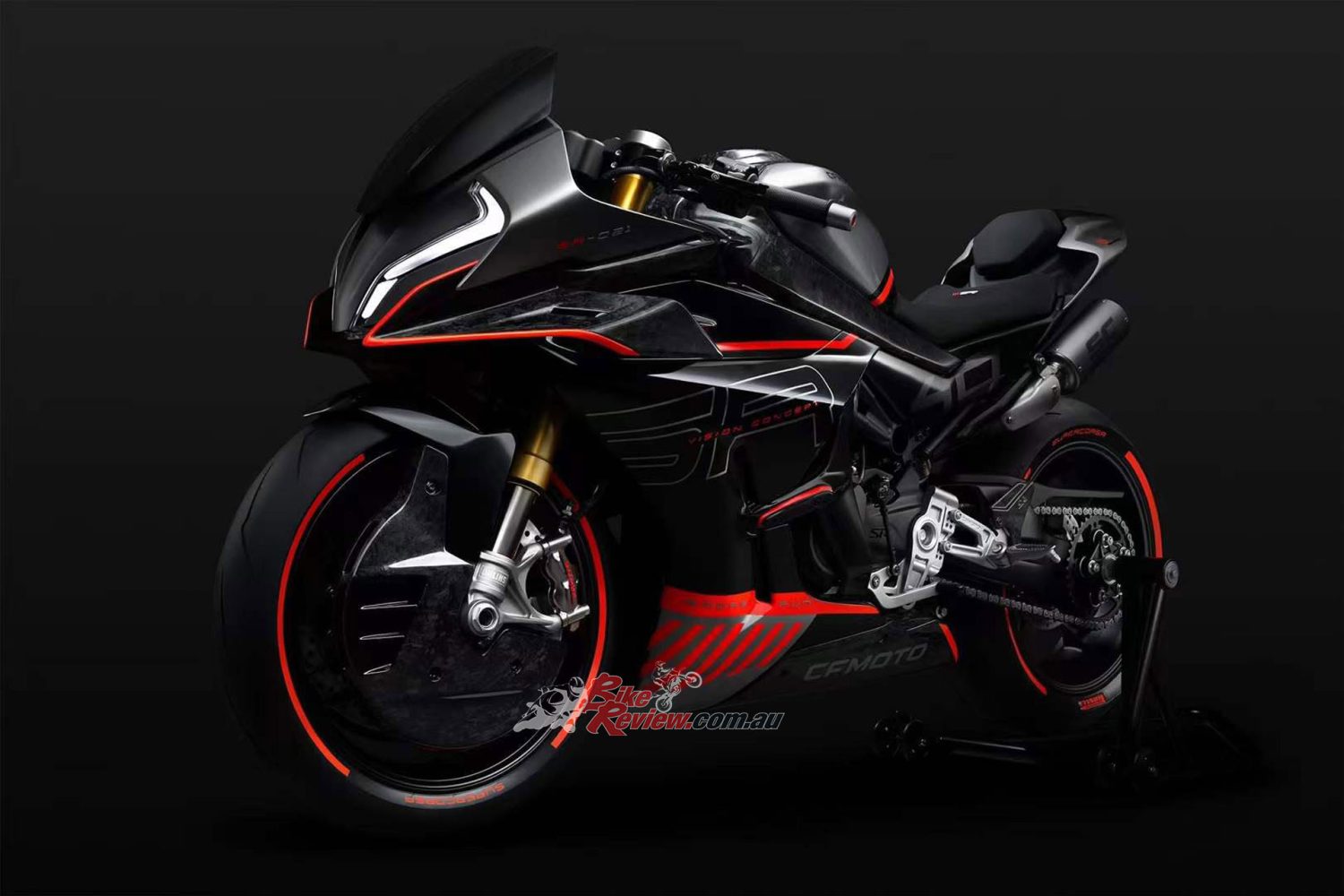 CFMOTO have just released the first look at their all new SR Vision Concept bike, information is still coming out regarding the specifications but this is what we know so far...

CFMOTO have just released the first look at their all new sportsbike set to land in showroom floors sometime next year. They claim the SR Vision Concept has been decked out in some high end parts and it’s looking to be a great contender in the Australian market! 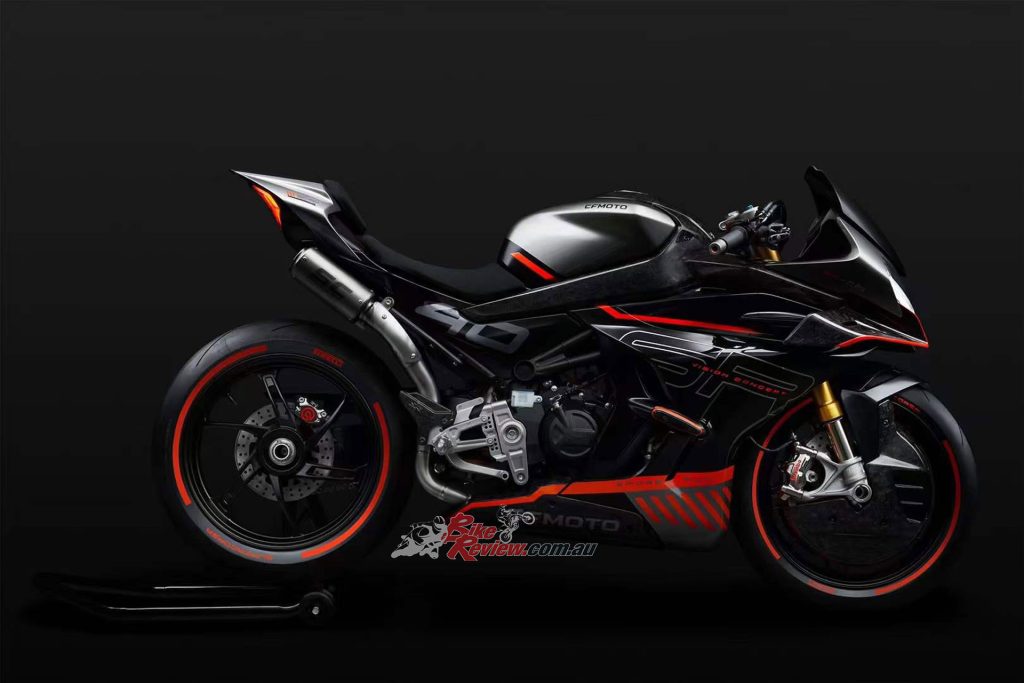 The news of the concept comes just months after CFMOTO announced that they will be having a crack at the adventure bike market with the 800MT. While no specifications have been officially announced, here’s what we can speculate… 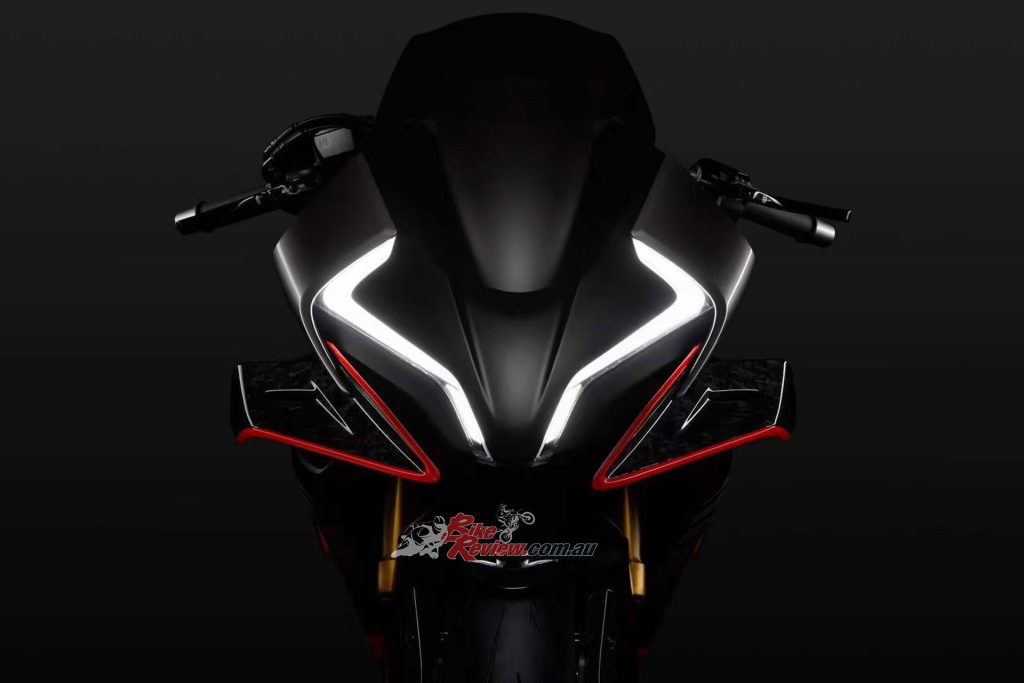 We pray that CFMOTO keep the production bike as close to the concept as possible, because it looks spectacular!

The SR Vision Concept looks to be equiped with two large Brembo brake calipers and discs up the front, while the single sided swingarm houses the smaller rear Brembo caliper. The exhaust is supplied by twin SC-Project systems, well known for their work with MotoGP bikes. Front and rear grip has been sorted by some Pirelli Supercorsa tyres. 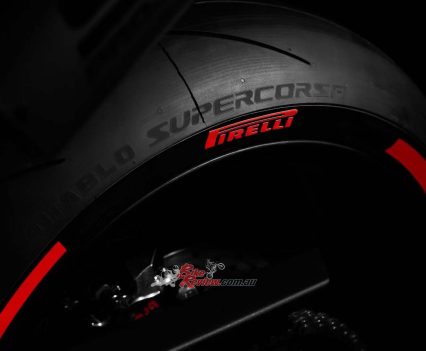 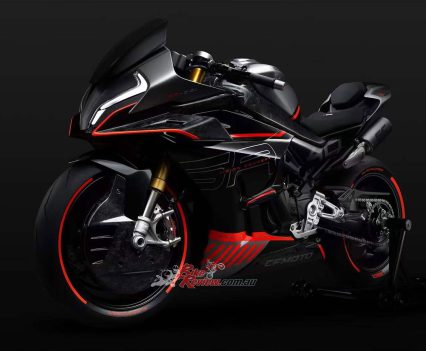 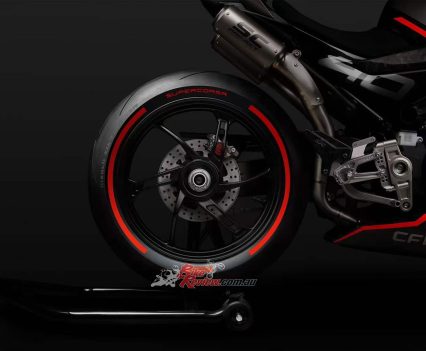 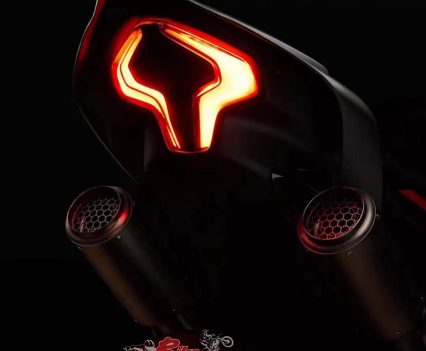 Front suspension looks to be some form of high-end Ohlins USD forks, manual adjustments and no electronic set-up can be seen in the teaser images. The rear suspension set-up appears to be purposely hidden which could mean CFMOTO haven’t been able to find a supplier or they’re going to surprise us with something big!

Other notable mentions are the SR Vision’s super aggressive styling, there are huge winglets moulded into the front fairing while the seat flows high up like a MotoGP bike for the street. LED lighting throughout gives it that “new era”, futuristic feel. Adding more inspiration from GP racing, the SR Vision features some Moto2 style brake ducts up the front, completely covering the discs. 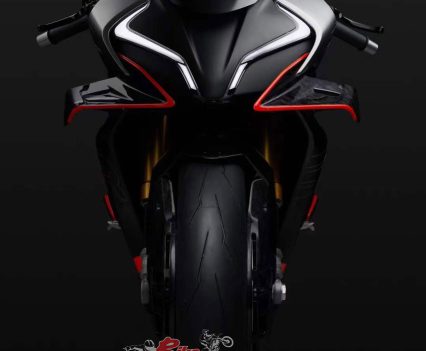 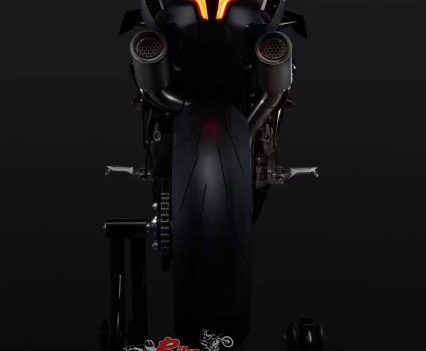 CFMOTO haven’t given us any hints to what the powerplant could be, not even the capacity class. There has been some speculation that this could just be another 300cc with CFMOTO entering the Moto3 class next year. However, their current partnership with KTM could allow them access to higher capacity engines, hopefully we see something around the 700-1000cc range.

More information will follow but you can expect to see some form of sportsbike from CFMOTO landing in showroom floors next year! 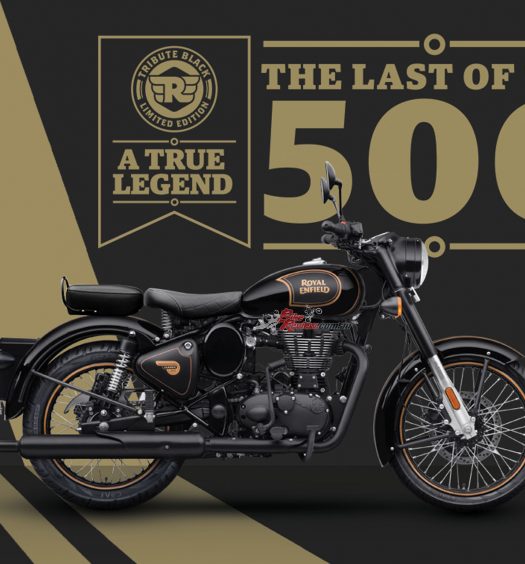 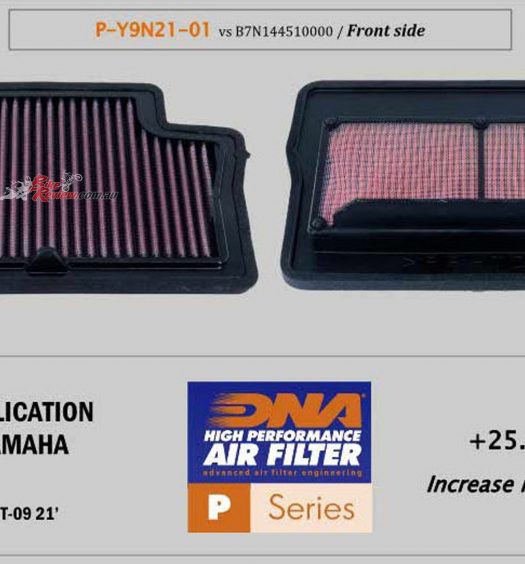 DNA release their Airfilter for the 2021 Yamaha MT-09