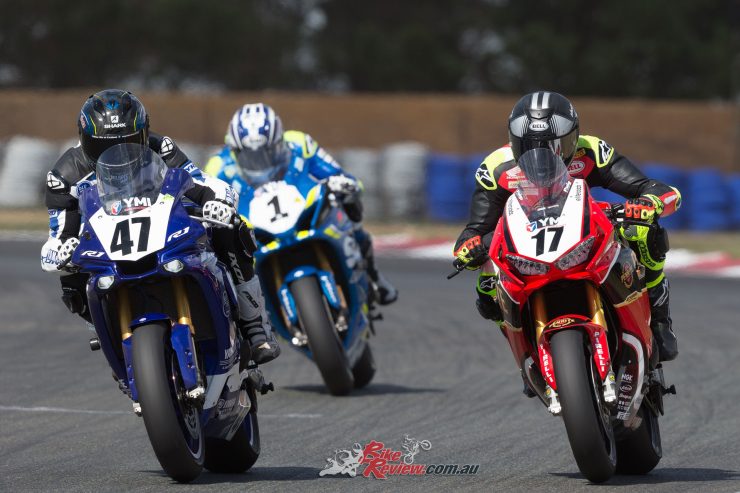 Both races were a great example of the phenomenal racing that fans are now accustomed to from the Yamaha Motor Finance Australian Superbike Championship presented by Motul Pirelli (ASBK).

Maxwell took an incredible race one victory by managing to out drag Herfoss down the start finish straight. The two were in a league of their own for the entire race and it all came down to the final lap, when Maxwell managed to snare the victory. 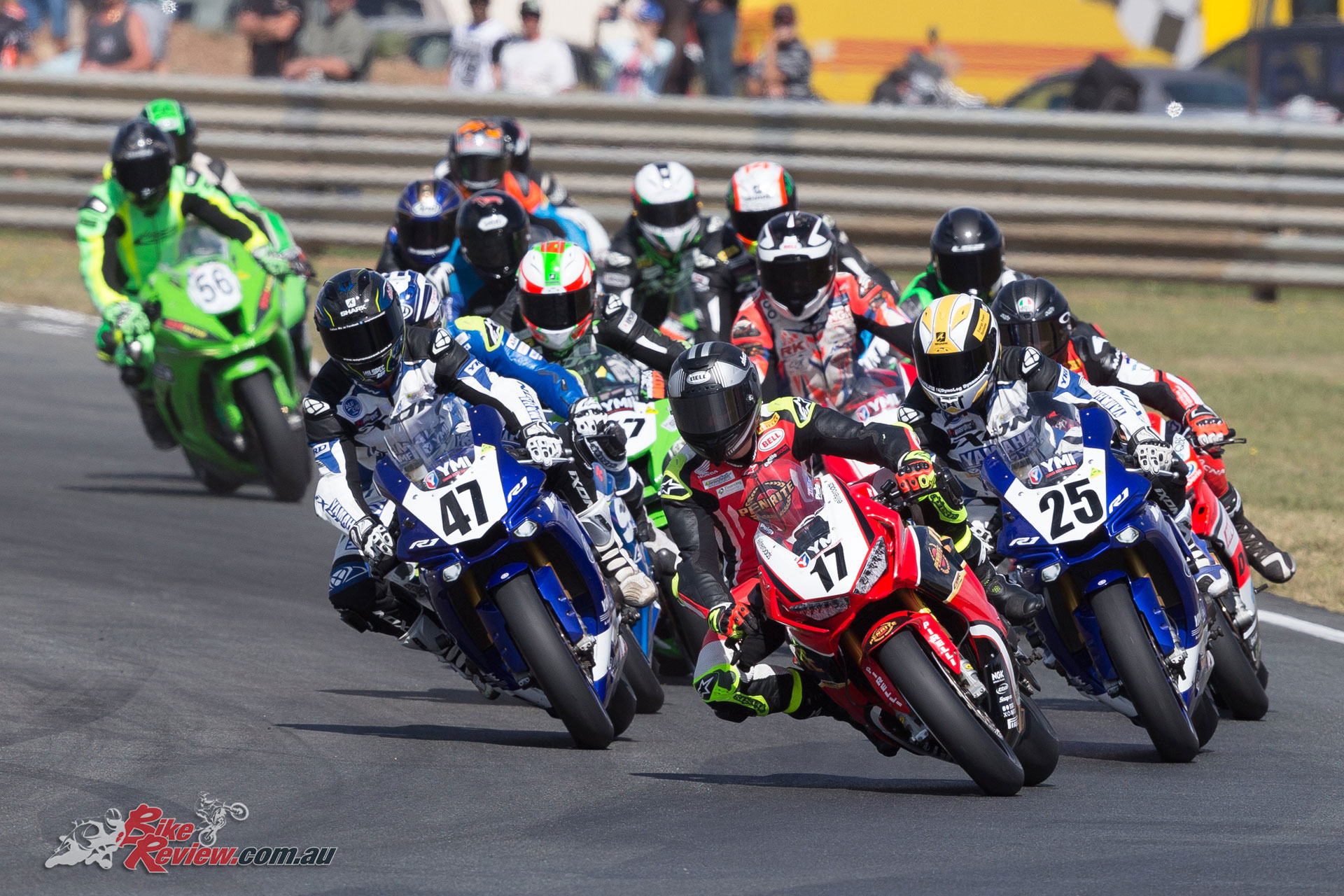 It didn’t take long for the top trio to make a break for it and check out at the front. Bayliss and Falzon were having an entertaining scrap, with Falzon trying to get past with little success, Staring also trying to get ahead of them. Eventually Bayliss ran wide and Falzon and Staring made their way through.

On the final lap, it looked like Herfoss had the edge, but the ‘Wayne Train’ stuck it up the inside of Herfoss and managed to drag him to the finish, to cross the finish line in first. 2017 YMI Superbike Champion, Waters finished a distant third. 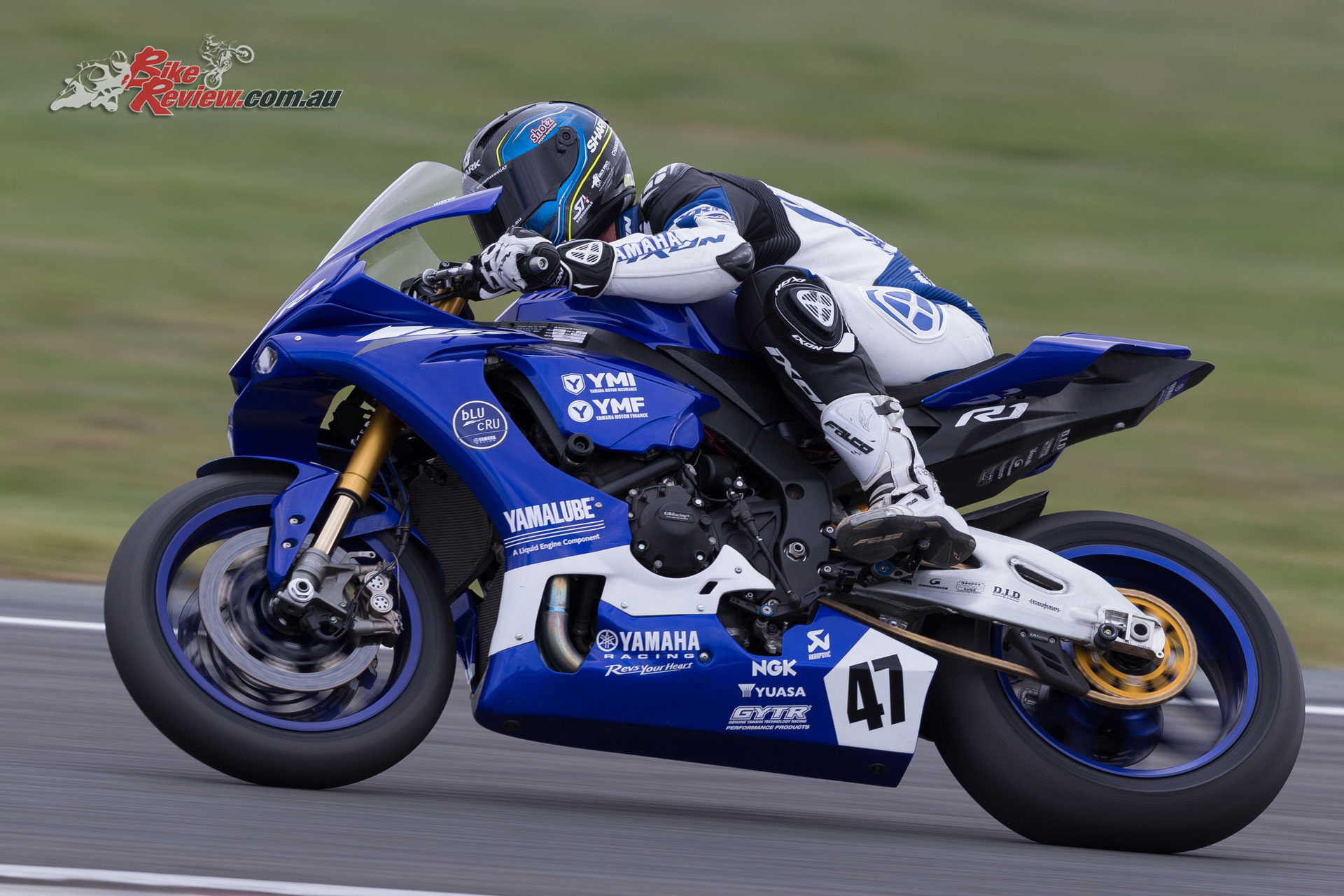 Maxwell sharing; “It was such a tough battle and a lot of mind games out there, really happy to get the win and take back a few points to the leading guys. Hopefully we can repeat the result this afternoon. I knew Troy was looking to get good drive on the final straight but I got a great run on him and it was just enough with the engine on the Yamaha to get the job done!”

Herfoss went from pole position to a race win, in YMI Superbike Race Two. At the start of the race, Maxwell got a great start once again and led the field from Herfoss, Waters, Bayliss and Falzon.

The top three once again were pulling a significant gap to the chasing Bayliss and Falzon. This time, Falzon was able to get past Bayliss much quicker and complete a move on lap three. 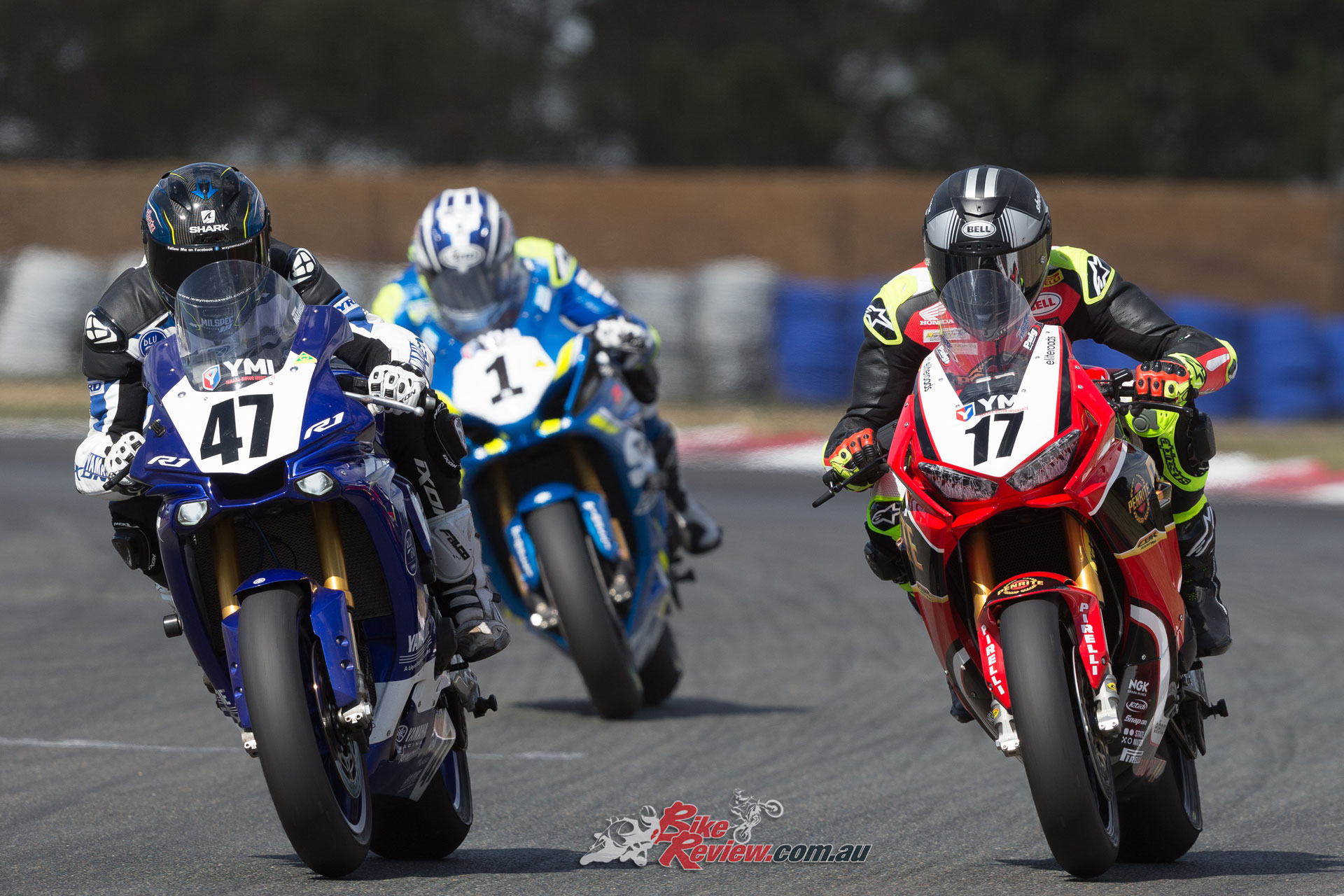 As the race went on Maxwell, Herfoss and Waters were in a very exciting battle for the victory. Eventually Herfoss was able to make a great pass on Maxwell on lap 12 and race home to the checkered flag. Honda rider, Herfoss’ pace was unstoppable in the final laps, smashing low 58 second laps, which the others couldn’t match.

Sharing the podium with Herfoss, was Maxwell and Waters. Fourth place went to Falzon, followed by Bayliss, Stauffer, Allerton and Alex Phillis (Phillis Racing Suzuki, Suzuki GSX-1000R) in a very impressive performance on the privateer Suzuki.

It was a disastrous race for former championship leader, Staring who was out of the race on lap 9. A significant blow to his title hopes. 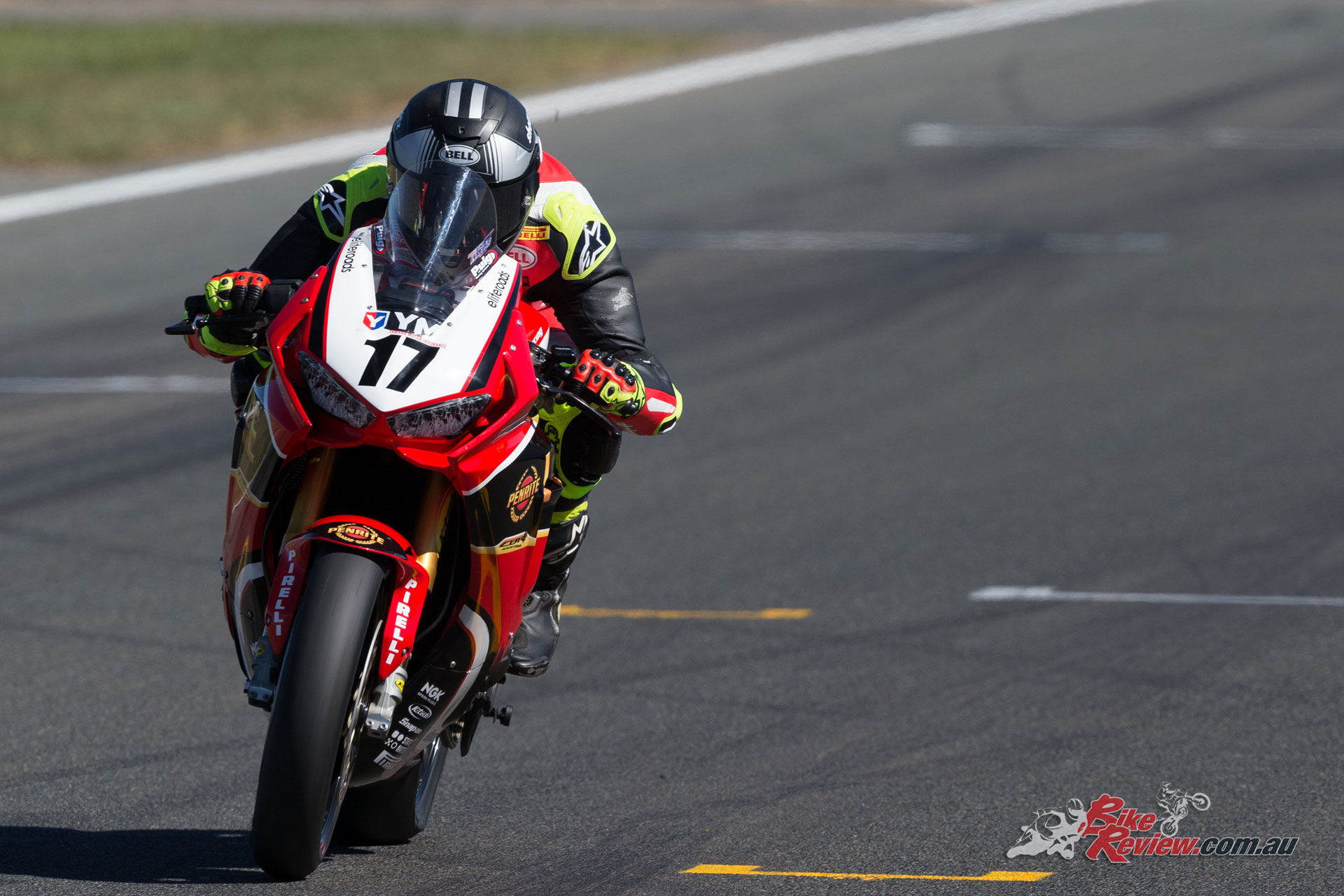 Herfoss saying after the race; “It feels great to take another round win here at Wakefield and put the Honda on top. We’re feeling good with the bike and ready to fight.” 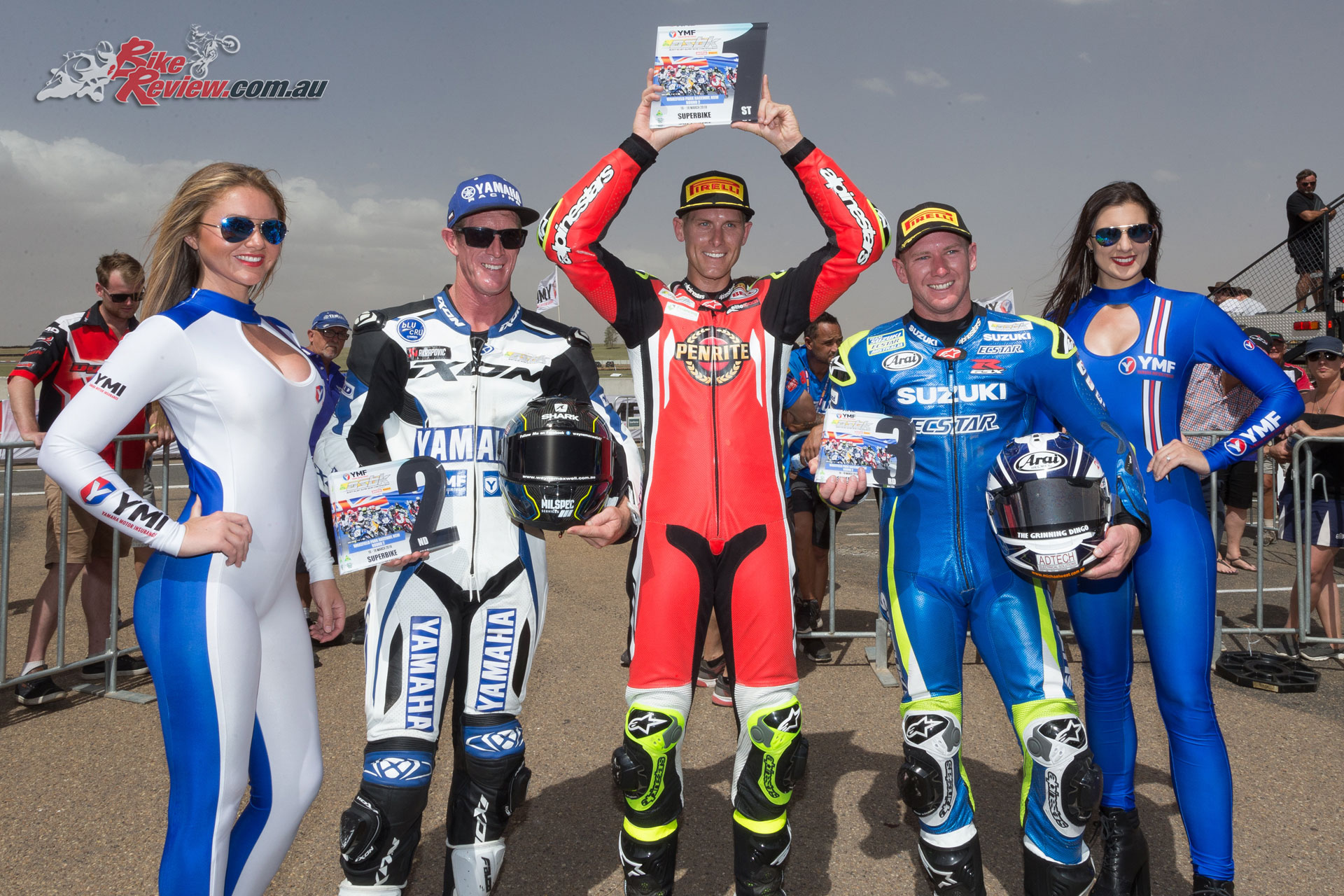 Taking both wins for the Kawasaki Supersport class was Cru Halliday (Yamaha Racing Team, YZF-R6). After such a strong round its looking like a healthy and competitive rivalry is brewing between himself and Tom Toparis (Cube Racing, Kawasaki ZX-6R) for the title within the Yamaha Motor Finance Australian Superbike Championship presented by Motul Pirelli (ASBK)

It was a phenomenal and measured race win by Halliday. He stated on the grid that he was nervous for the race ahead, but those fears were put to rest quickly as he made a quick getaway from his starting grid position, to lead the race. 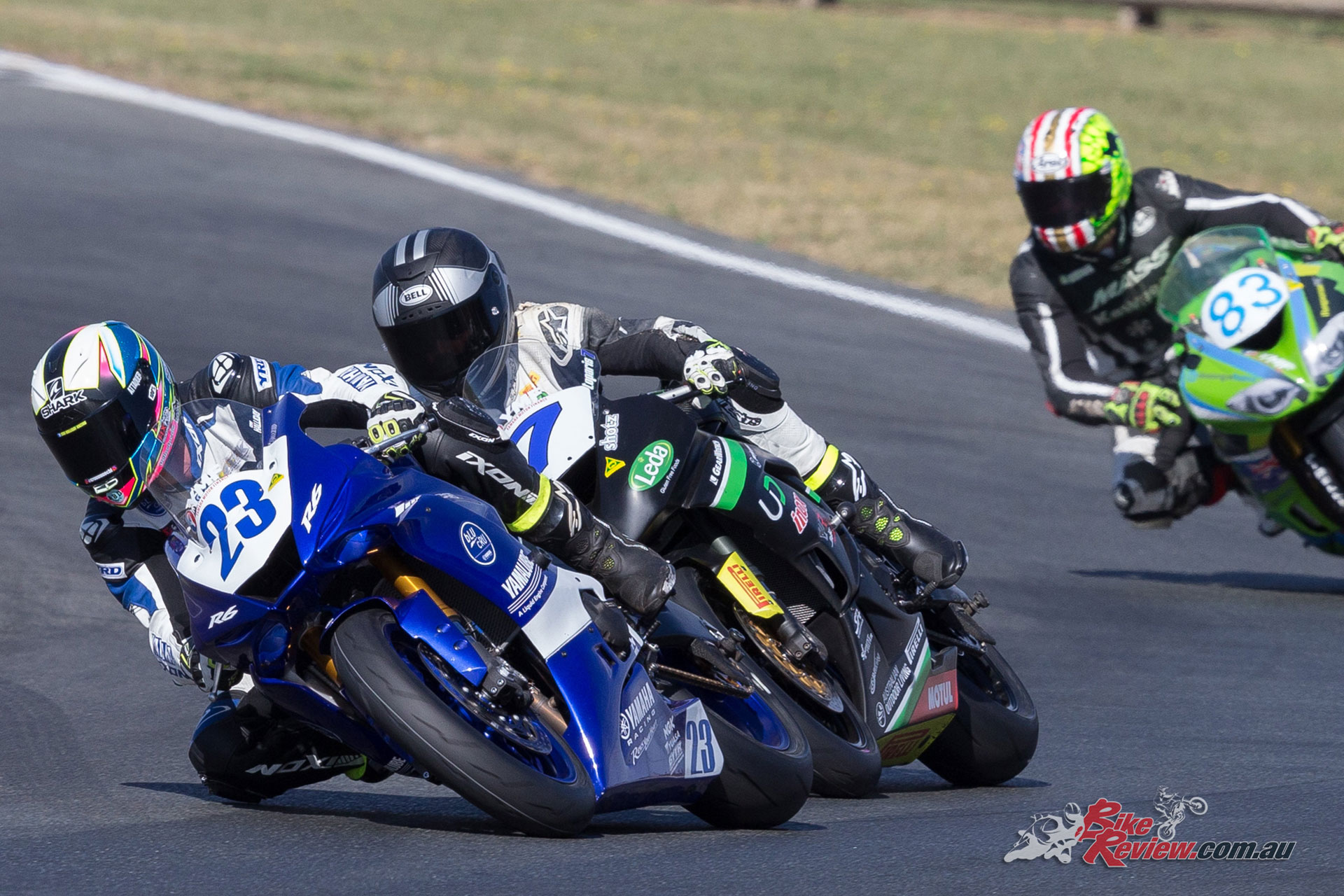 Halliday was followed by Toparis and Lachlan Epis (ResponseRE, Kawasaki ZX-6R). The trio would remain within a seven second spread, until Halliday crossed the line, taking the win on his Factory YZF-R6 machine.

Halliday sharing; “It was super windy out there. I just wanted to build a gap on Tommy (Toparis) as he’s been very strong this weekend. I knew if I could get the lead I could maintain my position for the race. We’re well prepared for the next race and looking forward to it.” 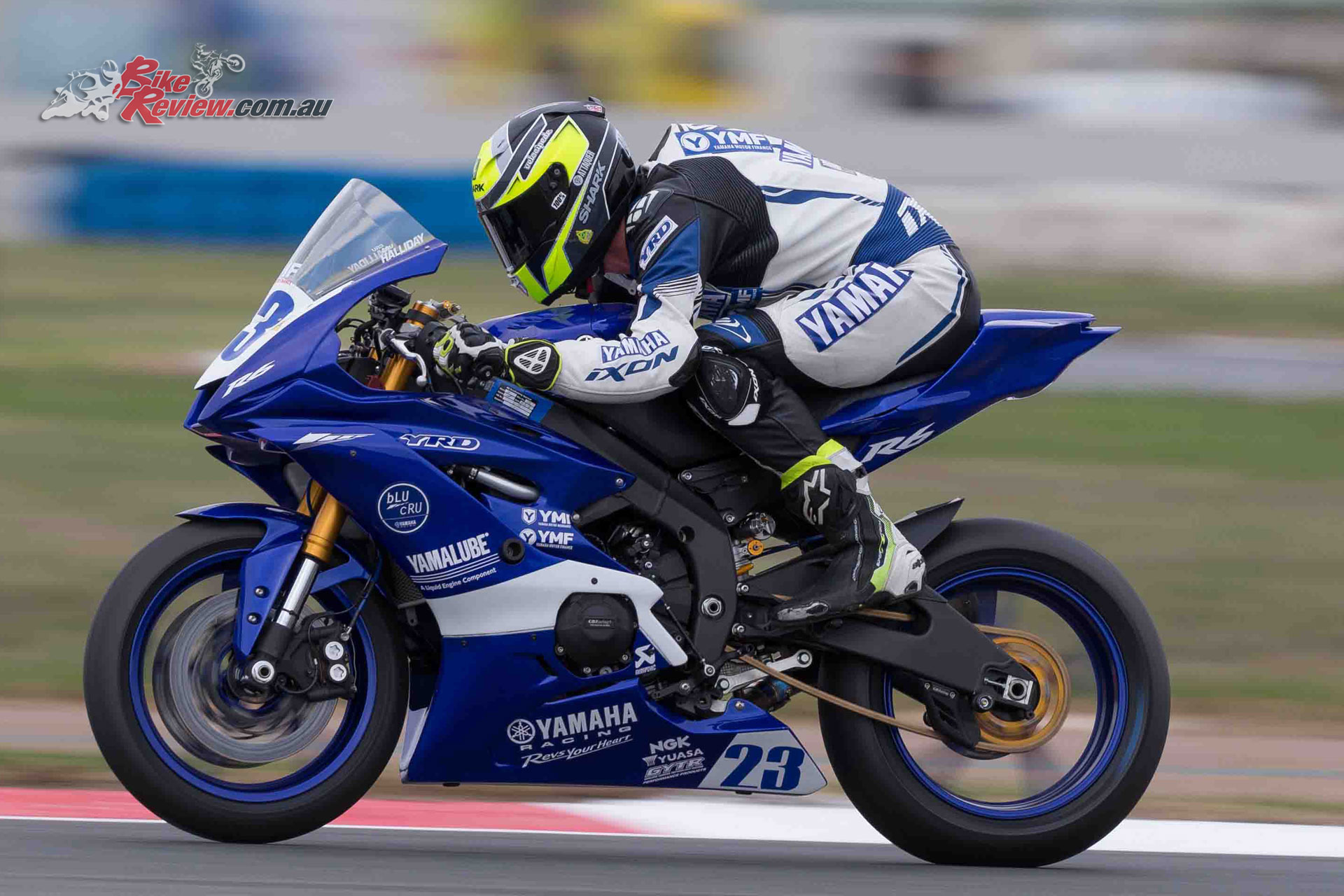 According to Toparis; “The wind was insane out there and it was a big unknown at the start of the race. I had a few moments on the front there. Hopefully we can make adjustments to the bike, come out and stay closer to Cru.”

Epis saying; “Unfortunately I made the wrong setup choice this morning. I was riding my heart out and I couldn’t keep up with the boys in front. We had a good battle with Tommy at the start but he managed to get away from us quite early on.”

Halliday took another dominant win in race two and showcased just how good the YZF-R6 is in his capable hands. Toparis took another strong second place, but distant to the winner. Finishing in third was Pearson who is having a very strong season so far. The race was brought to a premature end, due to a red flag. 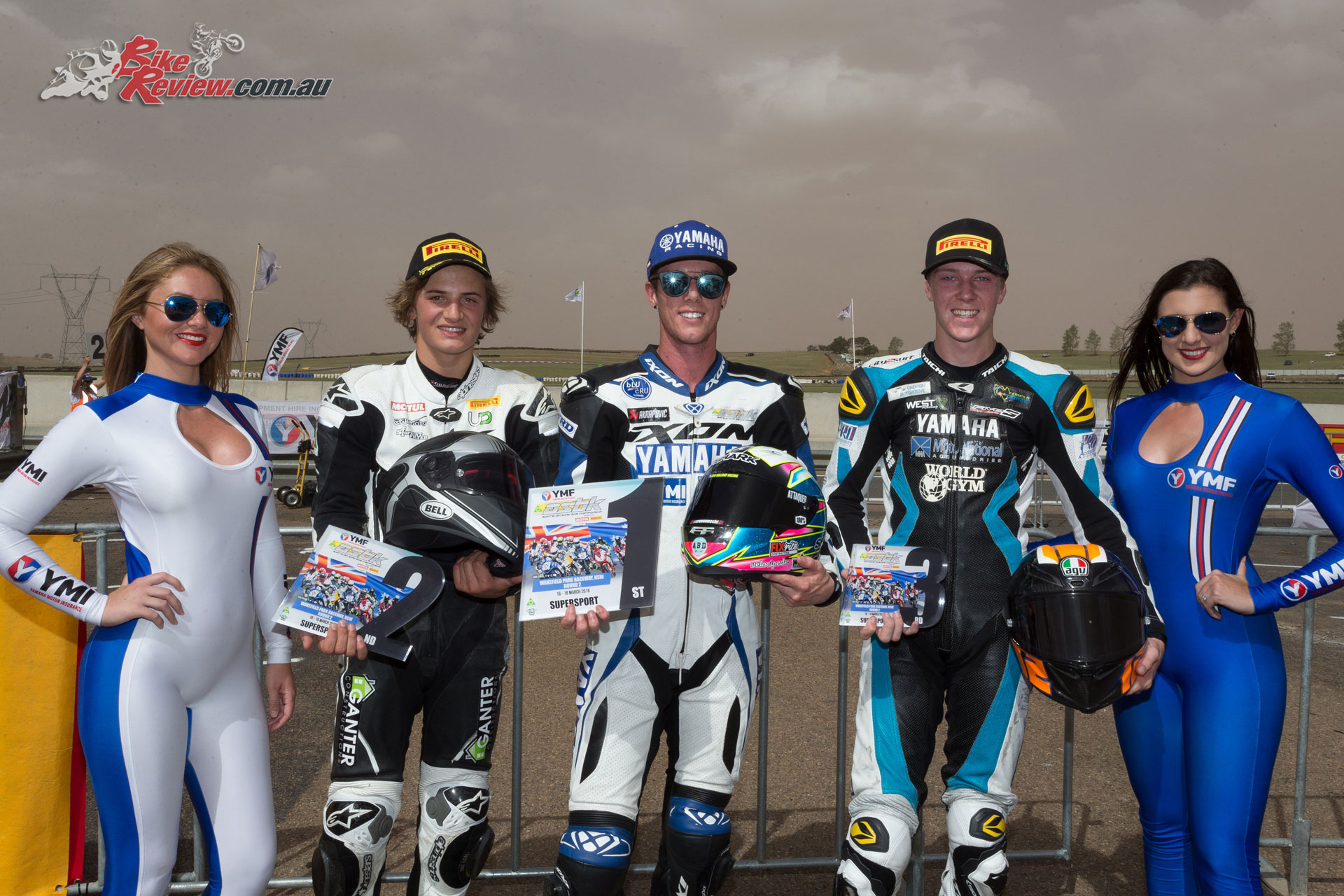 At the start of the race Halliday took the lead once again but he was quickly overtaken by a charging Toparis. It wouldn’t take long for Halliday to regain the ascendency, getting in front of Toparis with 11 laps to go. From there it was the Halliday show and he controlled the race to perfection.

The red flag came out after 14 laps due to a crash involving Carlsson and Rhys Belling (LXI Racing, Yamaha YZF-R6). The race was declared and Halliday took the race victory, 3.739 seconds in front of Toparis.

After today’s racing, Toparis still leads the Kawasaki Supersport Championship standings with 155 points, in front of Halliday (111) and Pearson (85).