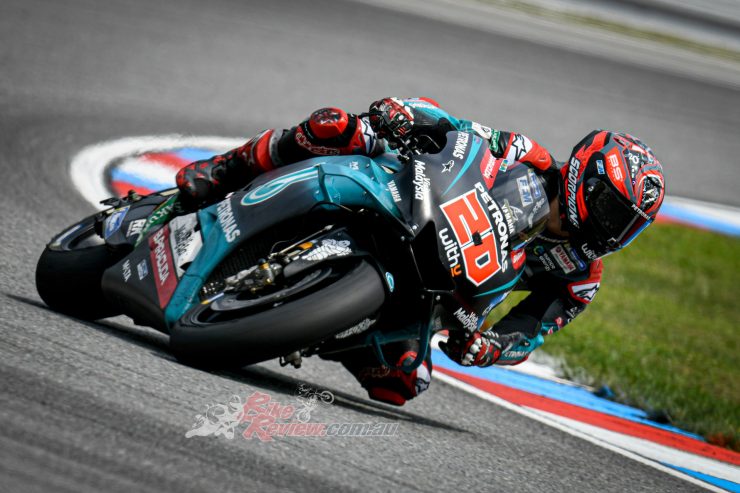 Quartararo heads trio of Yamahas at the Brno Test, 2020 models roll out

Rookie phenomenon Fabio Quartararo (Petronas Yamaha SRT) went faster than his Czech GP FP2 time to top the timesheets at the one-day Brno Test. The Frenchman’s 1:55.616 was 0.012 better than second-fastest Maverick Viñales as he and Monster Energy Yamaha MotoGP teammate Valentino Rossi got their hands on an early 2020 YZR-M1 prototype, with Franco Morbidelli (Petronas Yamaha SRT) making it an Iwata factory 1-2-3 on Monday. 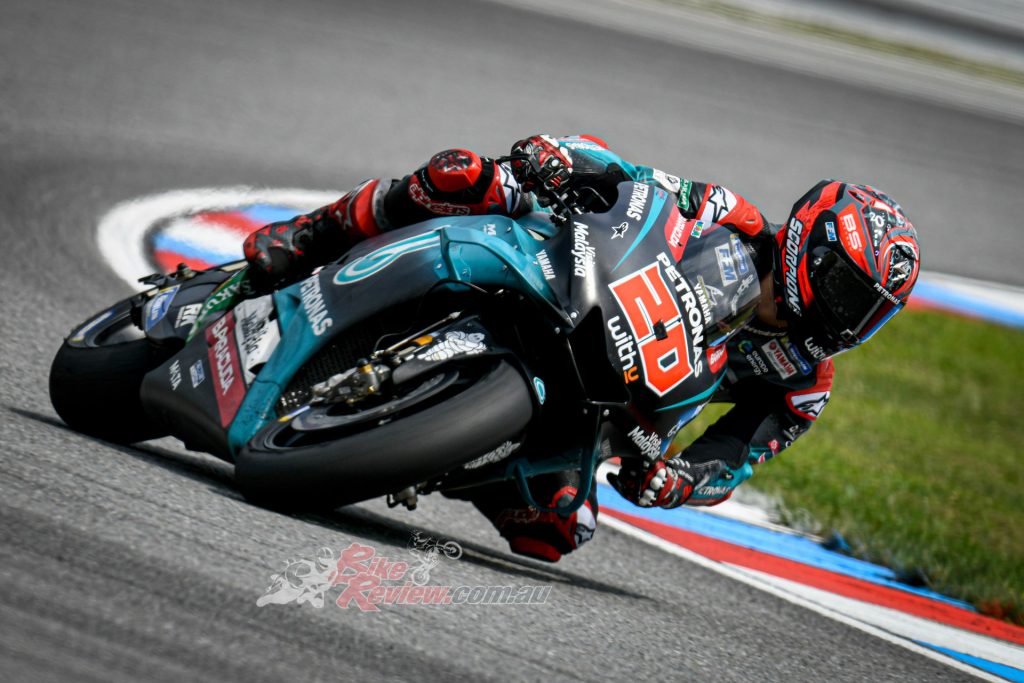 One of the main talking points leading up to the Brno Test was Yamaha rolling out the first version of next year’s bike. Rossi was out on a blacked-out YZR-M1 early in the day as he and teammate Viñales got their first taste of what the 2020 bike will be like. In addition, the pairing had a new seat unit to test for their 2019 bikes. The duo were out on track until the chequered flag was waved as ‘The Doctor’ shot up to P6 on his final run, 63 laps were completed by the nine-time Champion with Viñales getting 74 laps under his belt ahead of Austria.

In the Petronas Yamaha SRT box, pacesetter Quartararo tested carbon forks on his M1, the same as the factory team use. Meanwhile, Morbidelli improved his time last in the session to set the third quickest time of the day and got a solid 78 laps under his belt – the same total as Quartararo. The Italian tried a thumb brake which he has already used on some occasions, with his main focus being on settings. 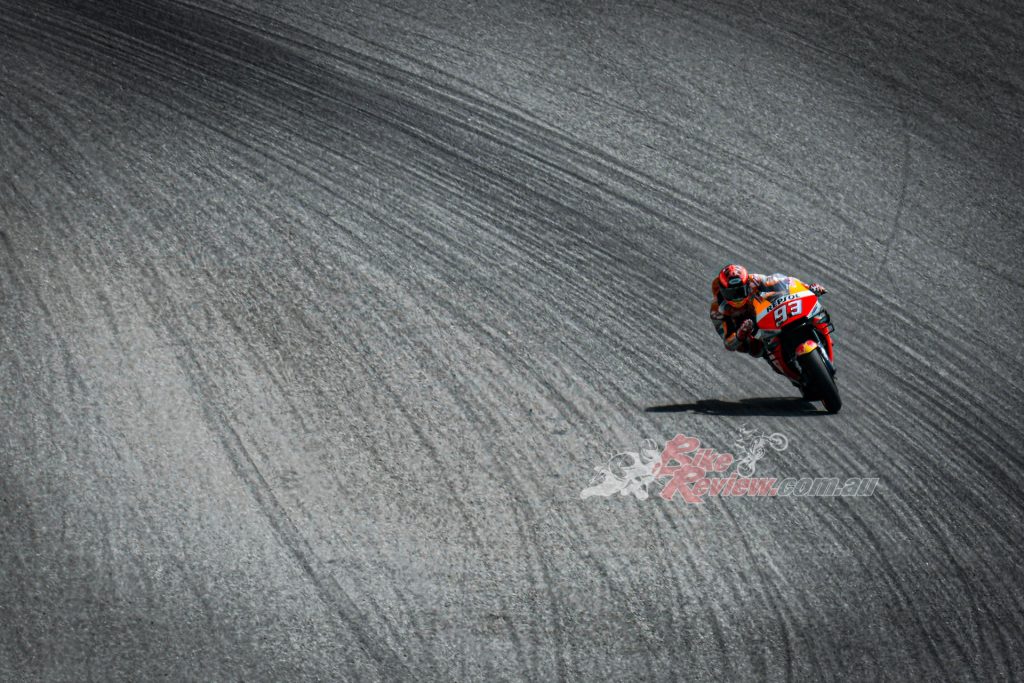 For Czech GP winner and Championship leader Marc Marquez (Repsol Honda Team), three bikes were at his disposal for the Brno Test. One bike was the one he raced with which has no carbon fibre reinforcing, the second had a small carbon fibre insert near the steering head and the third had a smaller carbon fibre insert. The seven-time Champion also tried a new Honda aero package on one of the RC213Vs, but he did most of his work on his standard bike and as he completed 70 laps, finishing eighth on the times. 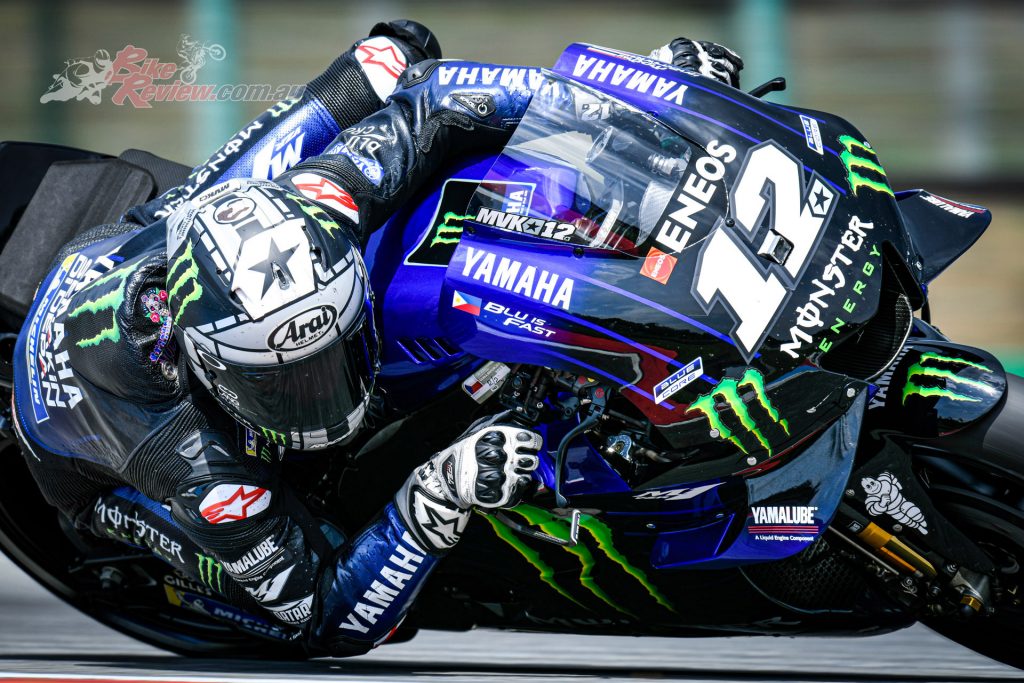 Cal Crutchlow (LCR Honda Castrol) also had three bikes to play with during the test. Similar to Marquez, one was his standard 2019 bike while another had the reinforced carbon chassis. Another had some “test items” on it and, again similar to Marquez, the British rider did most of his work on his standard 2019 package to end the day P5. Teammate Takaaki Nakagami (LCR Honda Idemitsu) was mainly focusing on improving his setup, with the Japanese rider doing a Michelin tyre test at the end of the day to work on edge grip.

At Team Suzuki Ecstar, there was a high-speed crash for rookie Joan Mir with just under 45 minutes of the session remaining that brought out the Red Flags. Mir’s GSX-RR ended over the fence and into the forest at Turn 1 and as a precaution, the Spaniard was air-lifted to hospital for further checks. For teammate Alex Rins, continued work with the new aero package we saw across the weekend was his main work, but he also had a small evolution on the chassis and swingarm that he tested in Barcelona. The Spaniard finished fourth fastest having completed 69 laps at Brno, with Mir also completing 69 laps – some while using the aero package for the first time – before his crash to end the test in seventh.

Ducati Team’s Andrea Dovizioso completed a steady 48 laps on Monday to finish 12th on the times, with the Italian testing a new swingarm for the Bologna factory. Teammate Danilo Petrucci was working on setup as they try to understand why the performance wasn’t quite there at Brno. 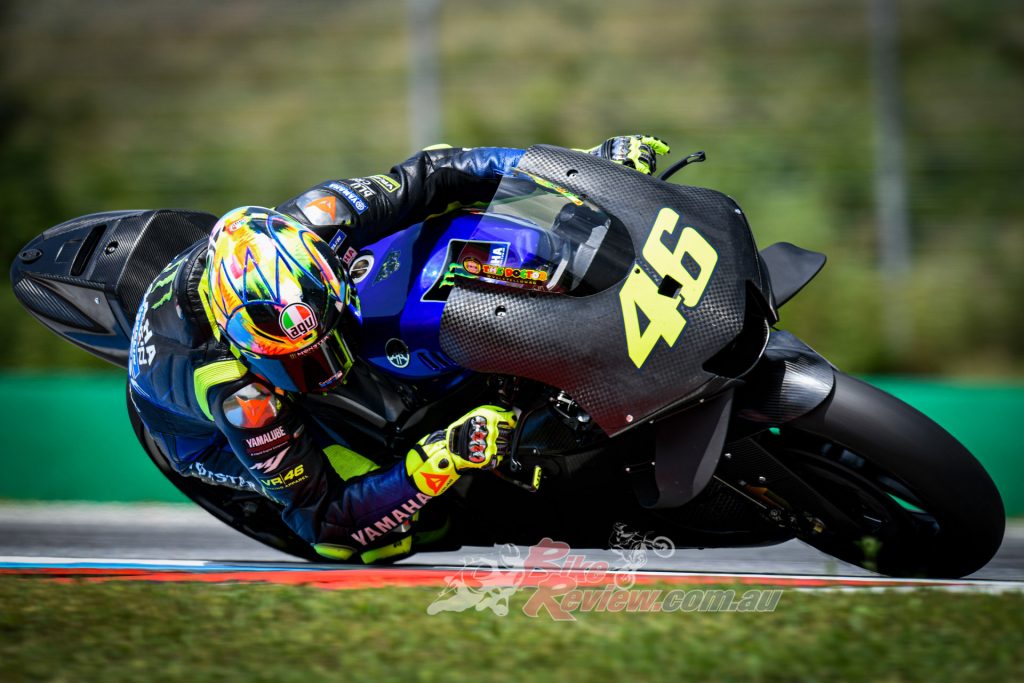 In the Pramac Racing box, Czech GP podium finisher Jack Miller confirmed he had been trying a new Ducati chassis during the weekend. The Australian was back to the one he used for the first half of the season for most of Monday’s test, with Miller doing back-to-back runs to confirm the new one was the way forward. Moreover, Miller made progress with the rear shock and he was happy with the new tyres he tested for Michelin. Teammate Francesco Bagnaia was focused on getting more miles under his belt and having found a new setup in FP4 at Brno, the reigning Moto2™ World Champion will hope to take more confidence into Austria. Bagnaia ended the test as the fastest Ducati, placing ninth – 0.632 from Quartararo’s time.

Red Bull KTM Factory Racing’s Johann Zarco had a short day to keep his energy levels high for the team’s home race in Austria this weekend, the Frenchman completed the least number of laps of anyone – 31. On the other side of the factory garage, Pol Espargaro circulated 49 times as KTM worked on a little bit of everything: settings, electronics, chassis, aero package and suspension. Red Bull KTM Tech 3’s Miguel Oliveira got the chance to ride a full factory spec machine at Brno, he finished just over a tenth off Espargaro on the timesheets in P14 and P15 respectively. 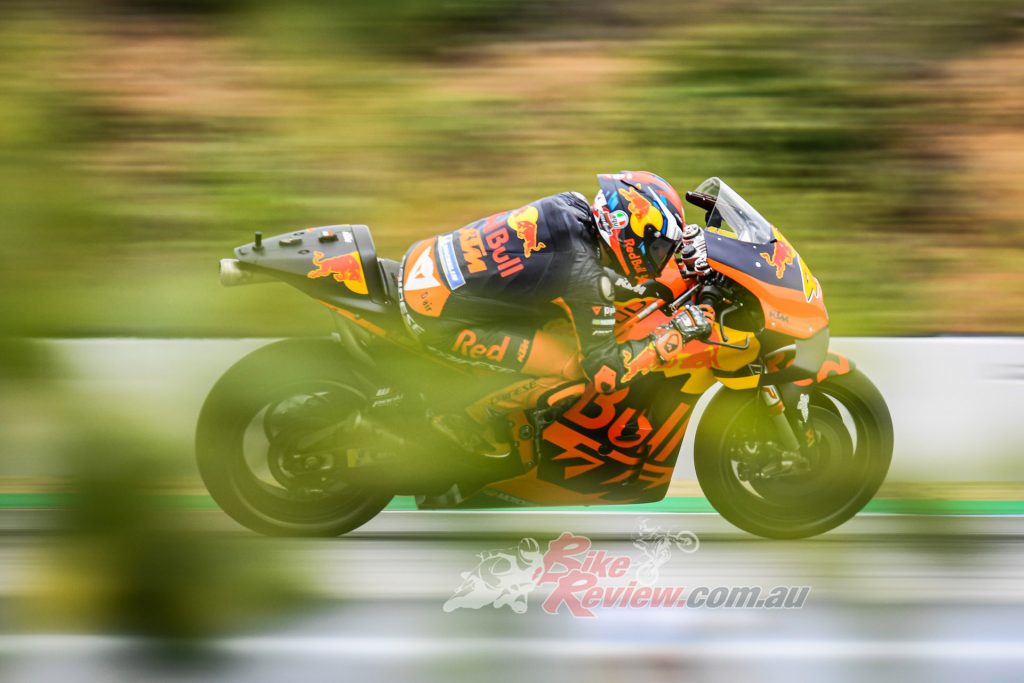 Aleix Espargaro had a carbon-reinforced chassis to try during the morning hours for Aprilia Racing Team Gresini, and in the afternoon the Spaniard tested a new swingarm.