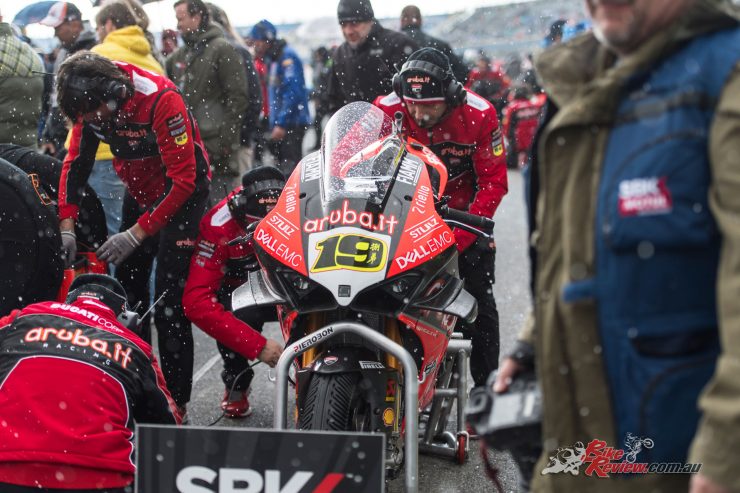 Weather halts proceedings at the Assen WSBK on Saturday

Race 1 at Assen has been cancelled due to bad weather, and rescheduled for Sunday together with Superbike Race 2 as Álvaro Bautista took his third Superpole of the season, with teammate Chaz Davies seventh on the grid

Appalling weather conditions at Assen – with extreme cold, snow and hailstorms – characterized the entire second day of the Dutch World SBK Round. After delaying the start, the Race Direction rightly decided for safety reasons to cancel the race. As a result, Dorna, in agreement with the various teams, opted to change tomorrow’s schedule. The new programme will now see two Superbike races, covering the full 21 laps, to be held at 11.00 and 14.00 CET, while the Superpole Race will be cancelled.

The starting grid for both races will be determined by today’s Superpole, which saw Álvaro Bautista of the Aruba.it Racing – Ducati team storm for the third time in a row. The 34-year-old Spanish rider had just moved into the lead of the timesheets ahead of home rider van der Mark (Yamaha) with a lap of 1’34.740, when an incident two minutes from the end of Superpole brought out the red flags, thus bringing an end to the session. 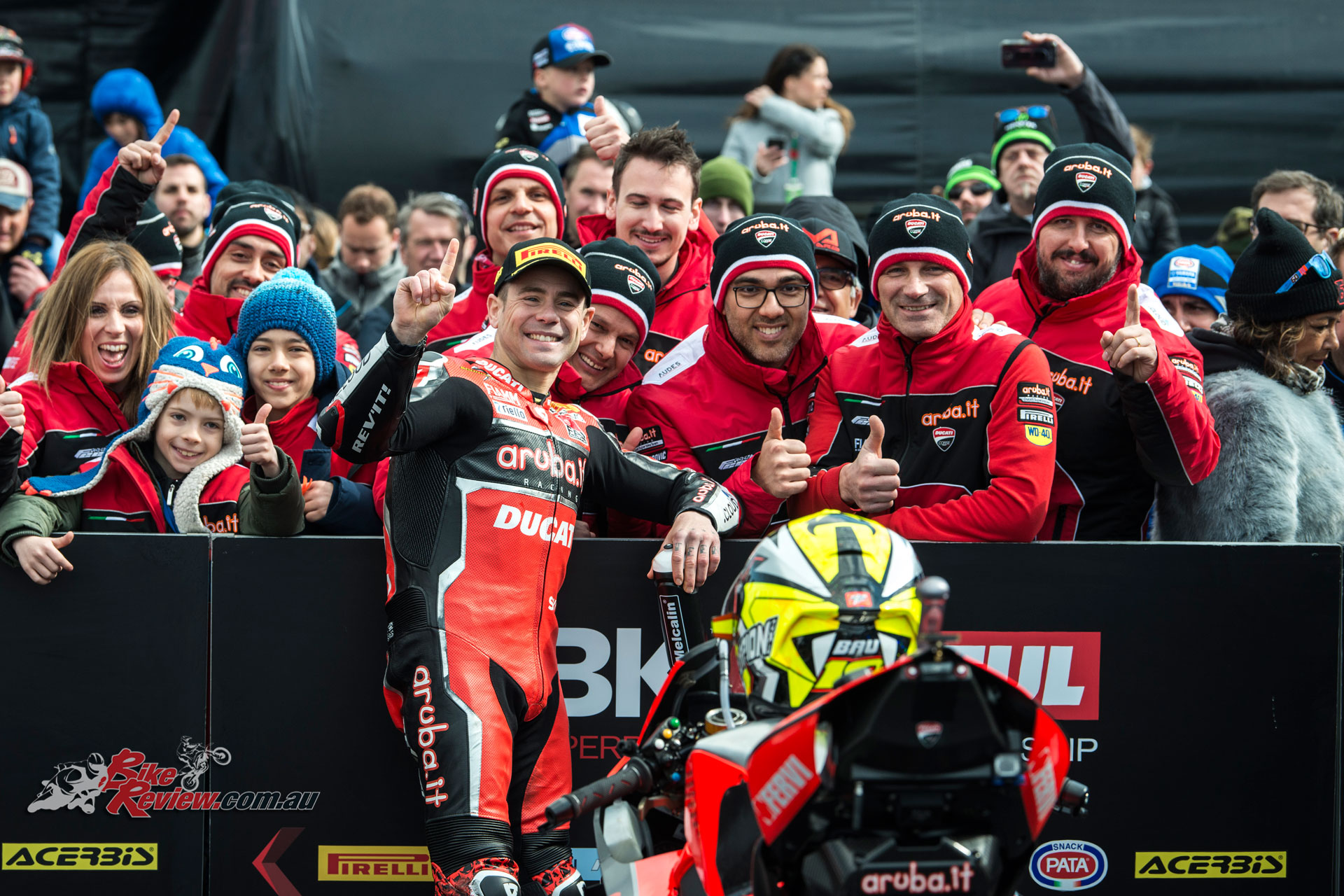 Álvaro Bautista saying, “Today I’m really happy because after the change we made yesterday, I again found a good feeling with the bike, even though the track was so cold this morning and this created a few problems for us. In Superpole we made a good step forward with the race tyres even though when I put the qualifying tyre on unfortunately I didn’t notice much of a difference. Luckily, when the red flags came out, I was able to hold onto my best time at the right moment! I’m sorry about the race today but the conditions were not the best and the risk was too high. Let’s see if we get better weather tomorrow, so we can do two attacking races starting from pole position!” 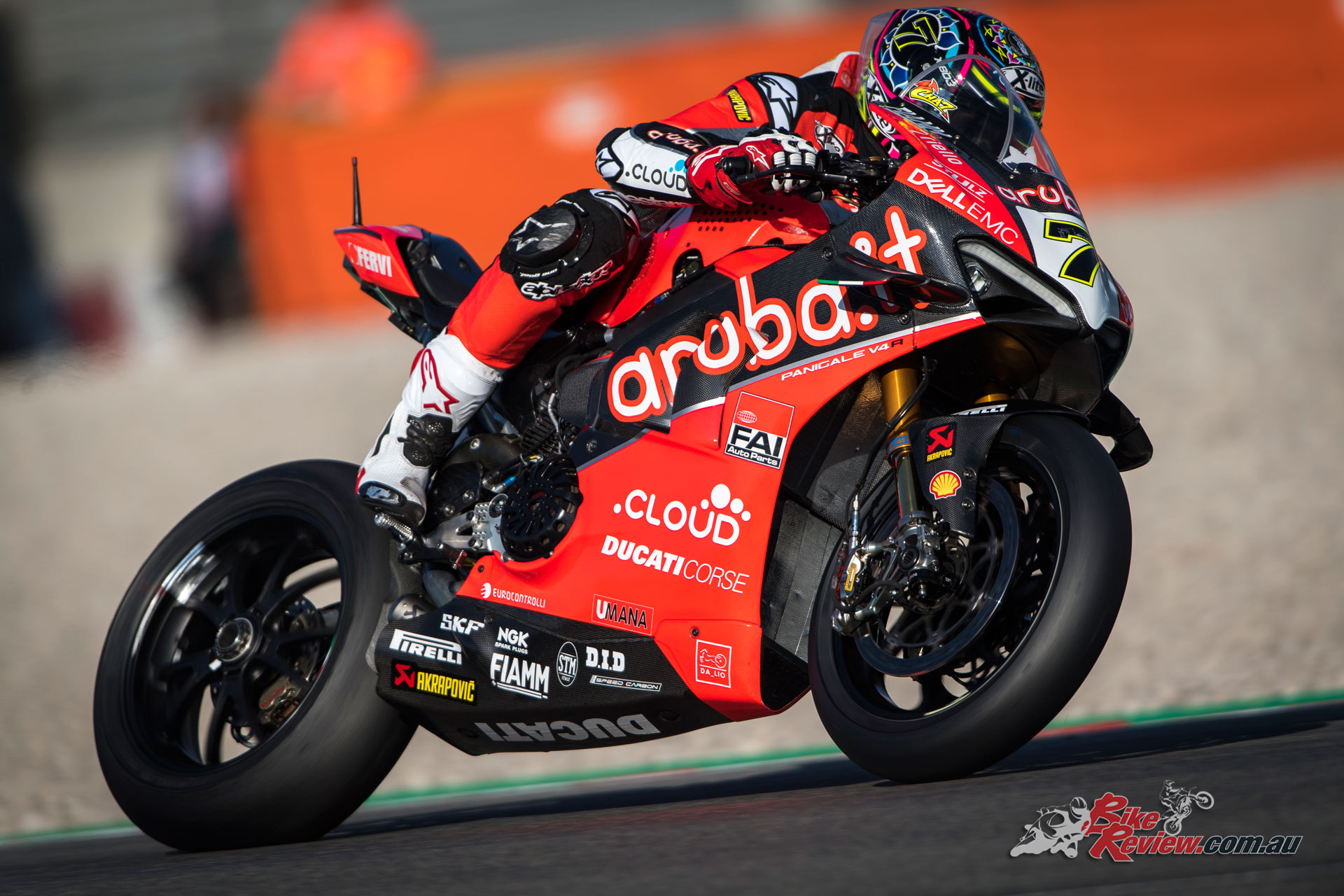 Team-mate Chaz Davies, on his flying lap, was on the other hand penalized by the interruption. The 32-year-old Welshman was improving through the sectors but unfortunately was unable to complete his best lap because of the red flags. As a result, Davies will start from the third row of the grid with a best time of 1’35.288. 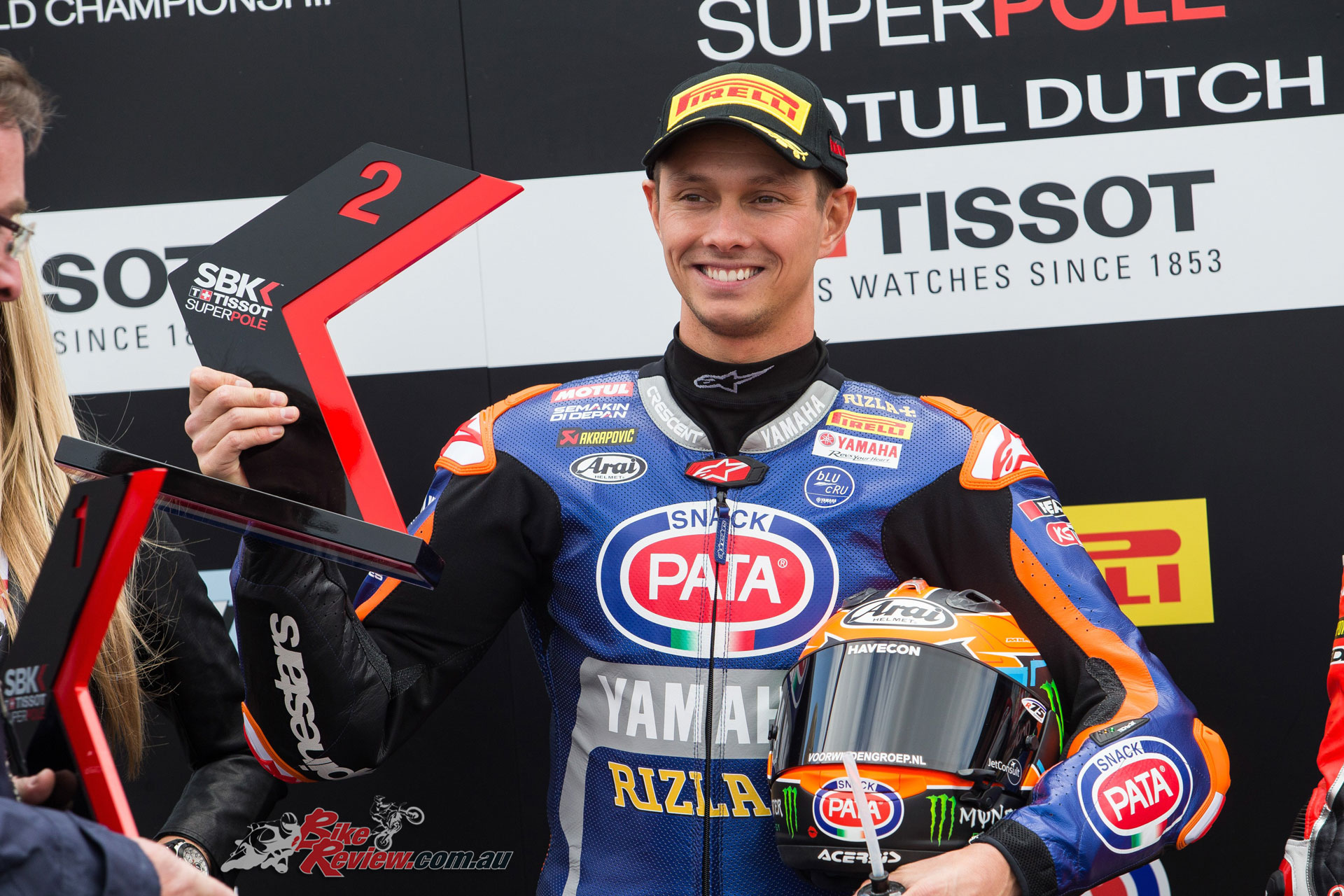 It was disappointing for van der Mark, who was looking forward to entertaining the Dutch fans in today’s race, after an impressive qualifying performance. The Pata Yamaha rider occupied the top spot on the timesheet for most of the Superpole session, only relinquishing it as the session drew to a close. Van der Mark was all set to reclaim pole position with his final qualifying run but missed out when the session was red flagged following a crash for Toprak Razgatlioglu with just over a minute left to run. 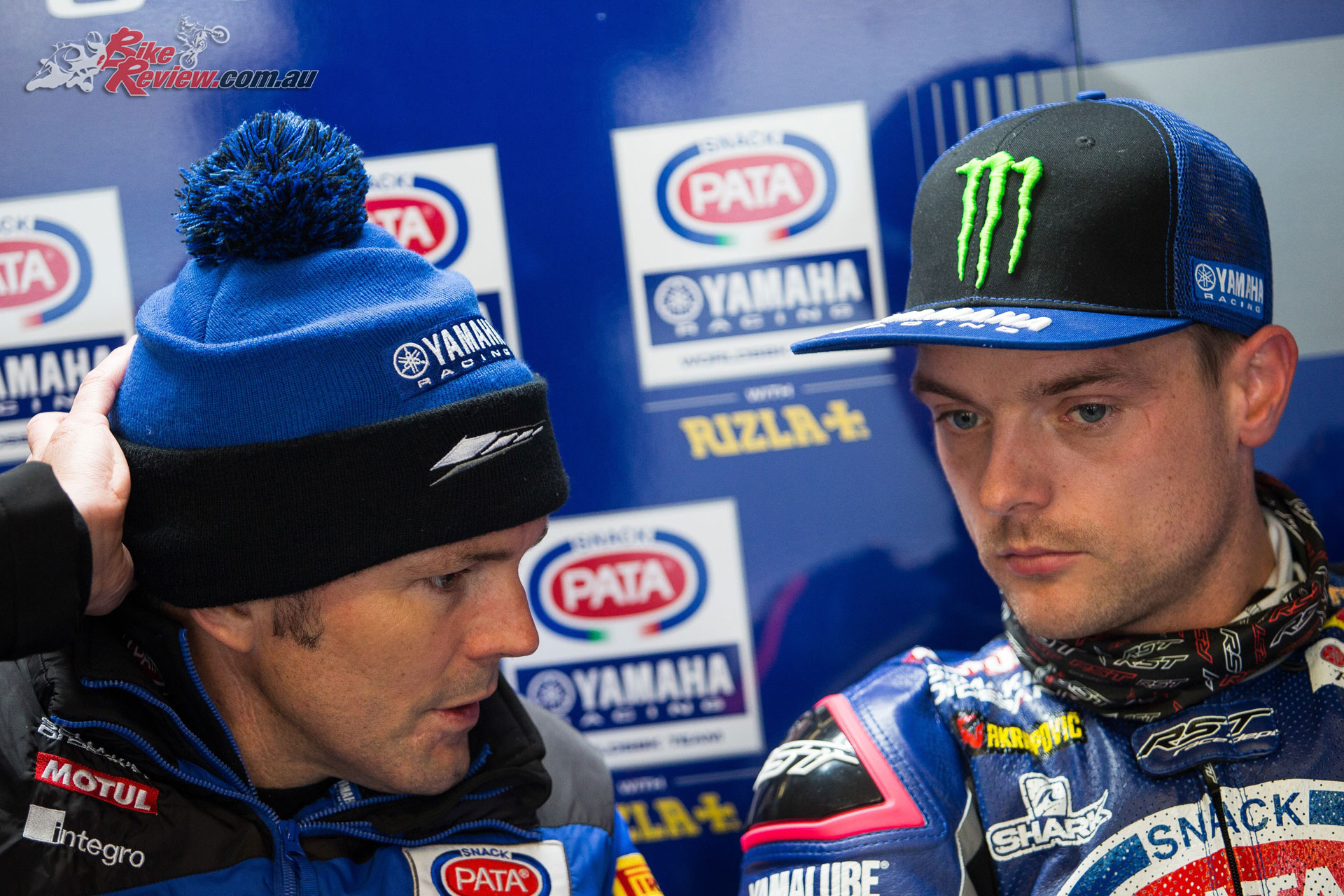 Van der Mark’s Pata Yamaha teammate, Alex Lowes, also missed out on the chance of improving his qualifying position as a result of the foreshortened session. The 28-year-old Briton was lying second for most of Superpole but had slipped back to fourth as he started his final qualifying run, which the red flag meant he was unable to complete. 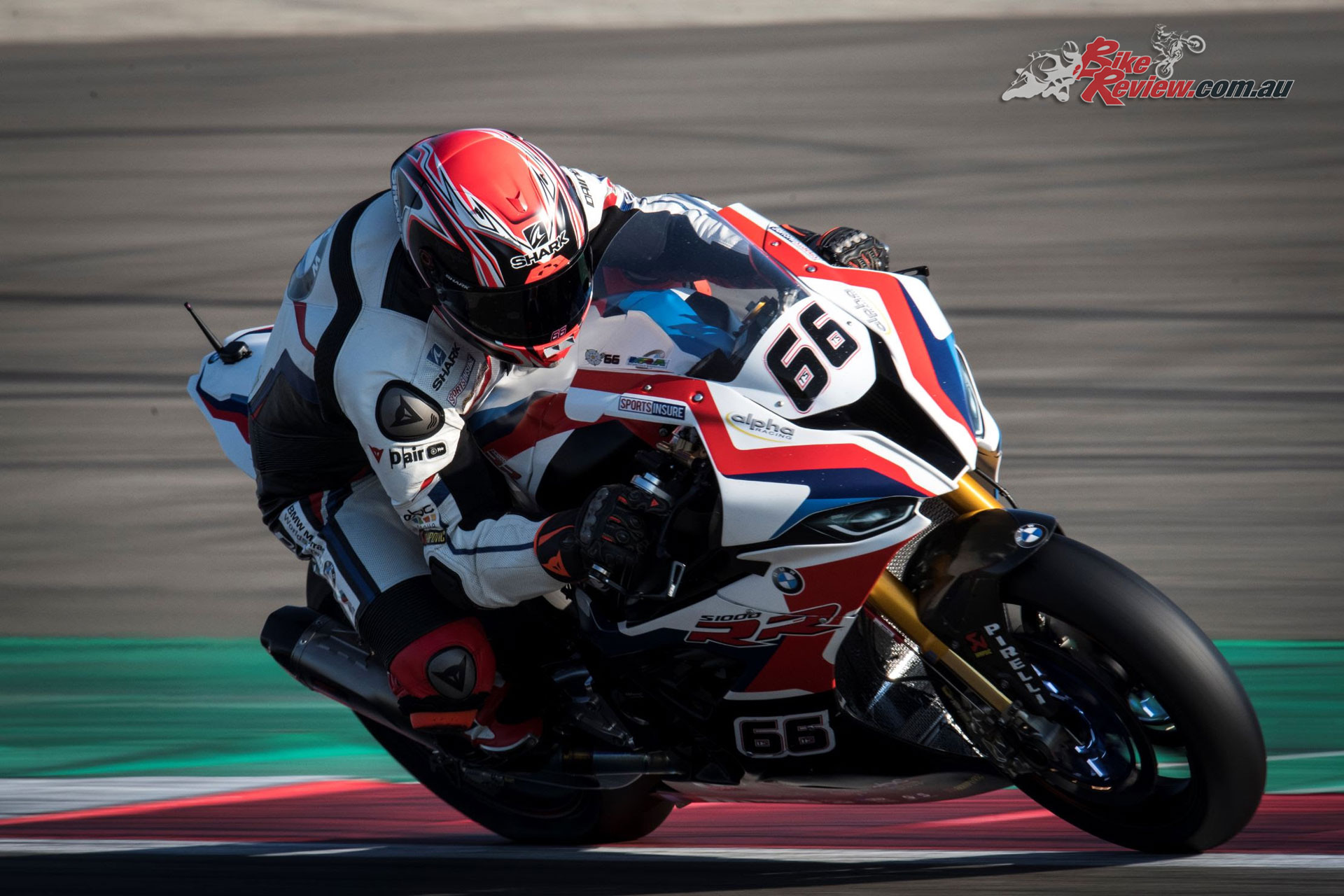 Hoping to carry momentum into the Superpole session, both Tom Sykes and Markus Reiterberger looked set for a top six finish in the early stages as they posted some quick and competitive times. Going into the final minutes of Superpole it was time to try the Q’ tyre which immediately saw the lap times plummet with Reiterberger charging to P3.

Markus Reiterberger saying, “I felt really good all weekend. I am grateful to the team that we have made so much progress. Third place in Superpole was awesome, as I have never started from the front row. We’ve only made a few changes before the third practice session, because it was so cold. The air temperature was zero degrees Celsius or below at times, while the track temperature was just three degrees. It went really well and I was fourth fastest. We started Superpole on race tyres and the first six laps were very good. We then went out on the qualifying tyres really early, which ultimately worked in my favour. When the session was suspended, I was assured of the third spot on the front row. The cancellation of the race was a pity for the fans here but I was honestly pretty glad about the decision. The track conditions were far from ideal and it would not have been without risk to race under these conditions.” 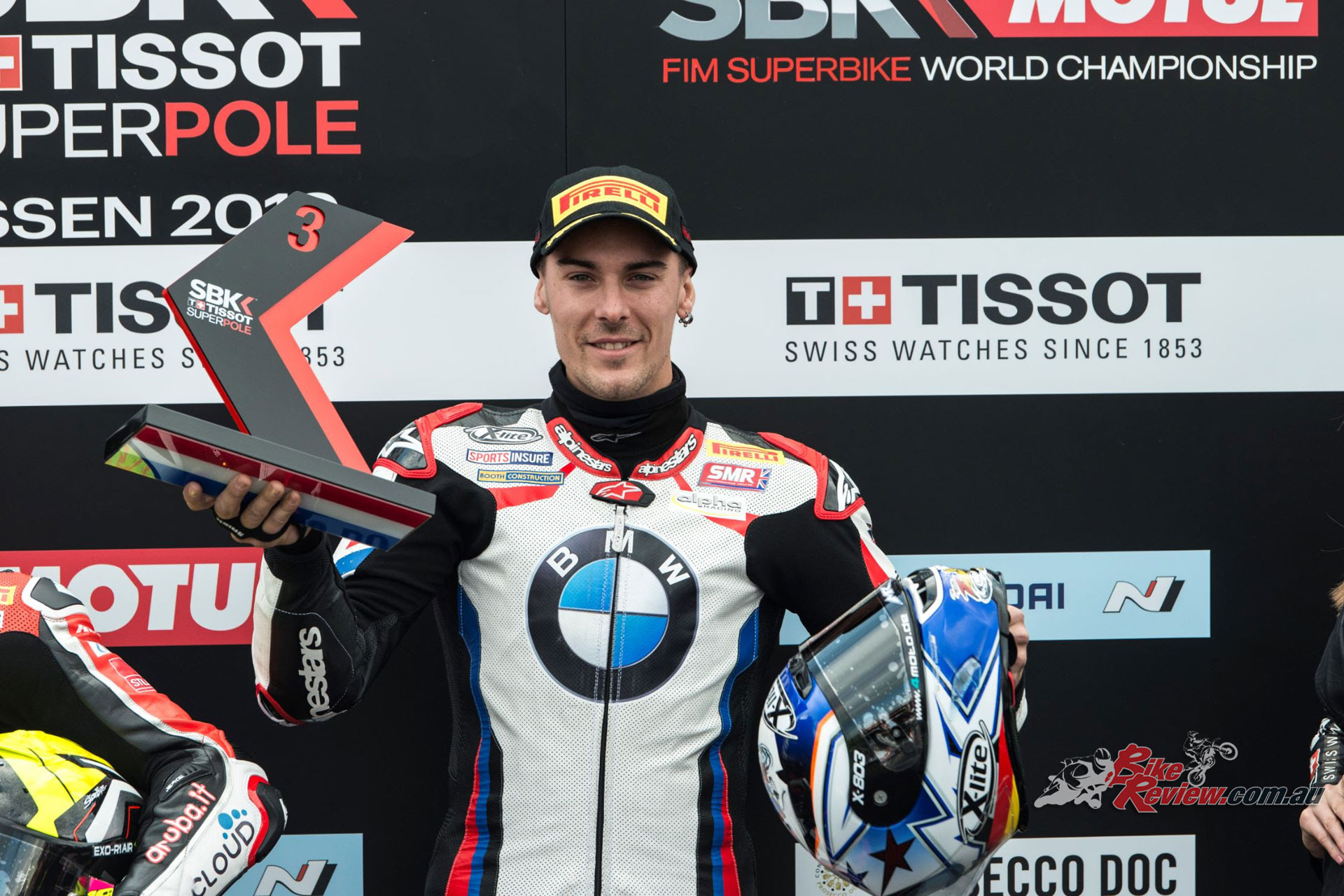 Tom looked certain for Pole as he went -0.400 fastest in the first sector, unfortunately the session would be prematurely brought to an end with a crash from No.54 Toprak and No.23 Kiyonari meaning he would line up in P6 ahead of the first race.

Tom Sykes adding, “It was a very strange day considering the weather but having said that I am happy with our progress again over the weekend. The whole BMW Motorrad WorldSBK Team is working again in an effective way. We got a lot of information in FP1 which enabled us to improve the set-up of the BMW S 1000 RR. We’ve been consistently where we needed to be over the course of the weekend. Superpole was going to plan, we put the qualifying tyre in and the bike was on rails. In the first sector it was very easy to ride and the extra grip certainly enabled me to do a few more things with the set-up and the way I rode the bike. Sure the lap time would have been nice and probably could have secured pole position but it is what it is. 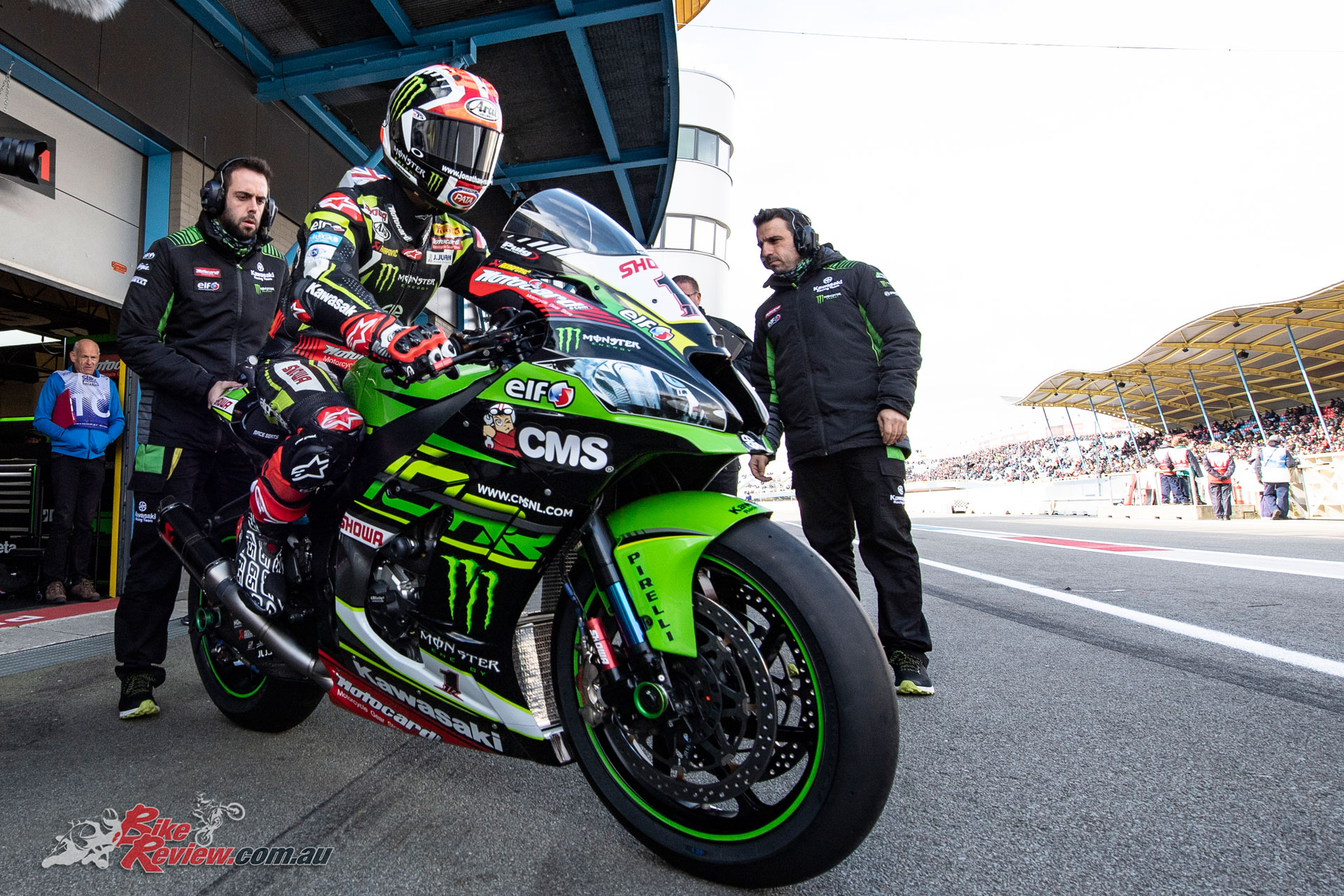 Jonathan Rea was left in eighth on the grid but seemed positive heading into Sunday’s races.

Jonathan Rea stated, “Unfortunately we haven’t been able to get a race today after Race Direction cancelled the race due to the weather conditions. Of course, they were very extreme conditions with sleet and snow but I feel for all the fans out here that came and didn’t really get to see a race. The track temperature was in a decent ballpark to go and at least try in the wet but let’s see the race schedule tomorrow. I feel really strong with the bike, the team has given me a good set-up and this morning was confirmation of this. Unfortunately we got a little bit of bad luck in Superpole so let’s just see how it plays out tomorrow with the new schedule and the start positions for both races.”