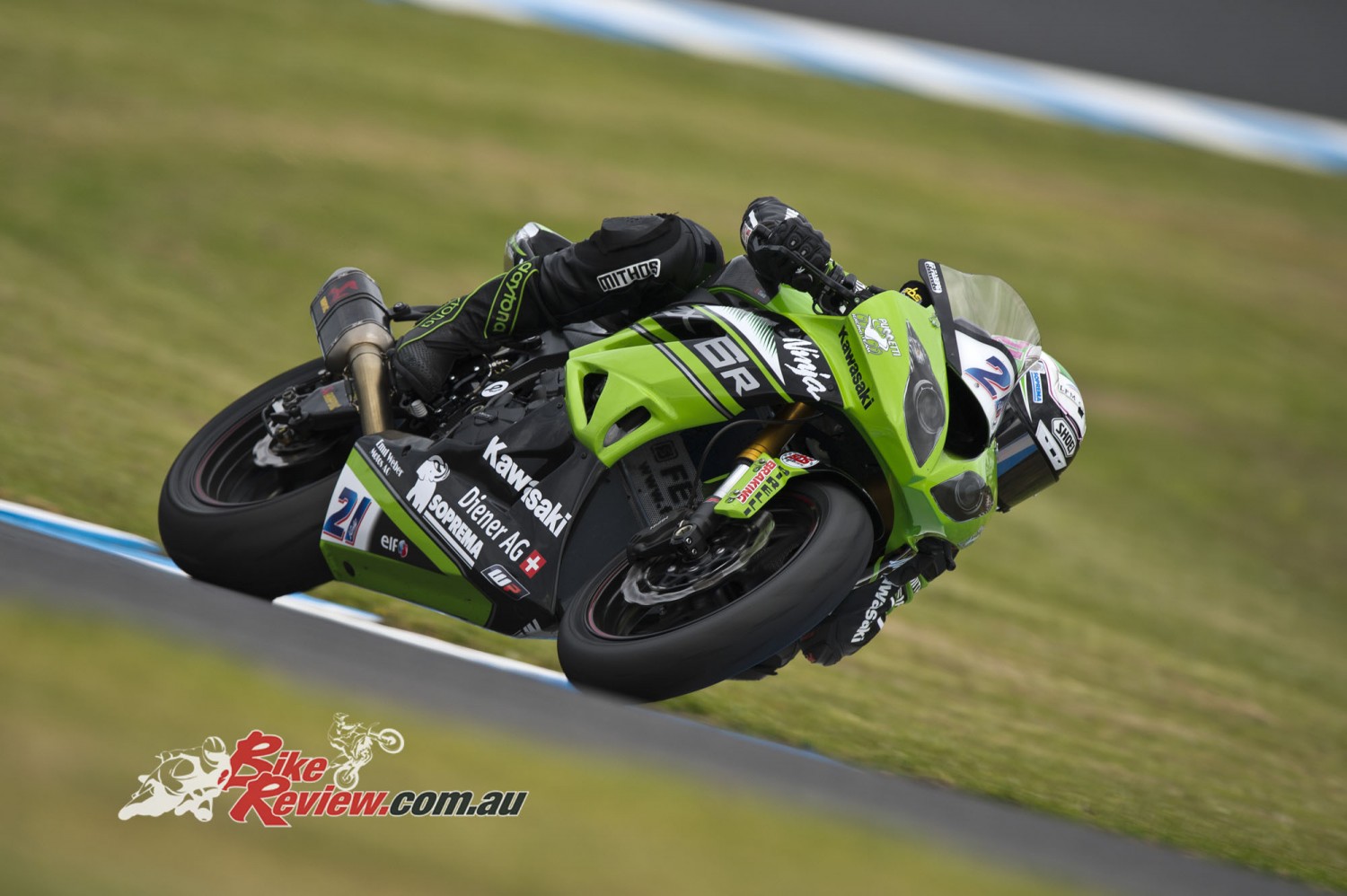 It has been a couple of months since my last take on things in our world of motorcycles so in theory that means we have plenty to get through for the month of November.

Just about every form of racing has finished and headed into the offseason apart from the MotoGP circus that is concluding in Valencia. There is probably more excitement and anticipation attached to the tests following the race weekend than there is for the final race of the season.

With Marquez having taken the title a few races back and crashed in both outings since everybody is eager to see how Lorenzo goes on the Ducati. That has to be the most hotly awaited debut by a top rider on a new bike since Casey jumped on the Repsol Honda.

I think we all knew for dead certain what was going to happen when Casey jumped on the factory Honda after the Ducati. It was more of a matter of how much he was going to win by.

Lorenzo jumping on the Ducati though has people assuming he will be fast but also wary that Jorge needs things to be perfect to win.

I personally think he will fly on the Ducati, as it has become arguably the best bike out there. They have just been missing that absolute top rider. 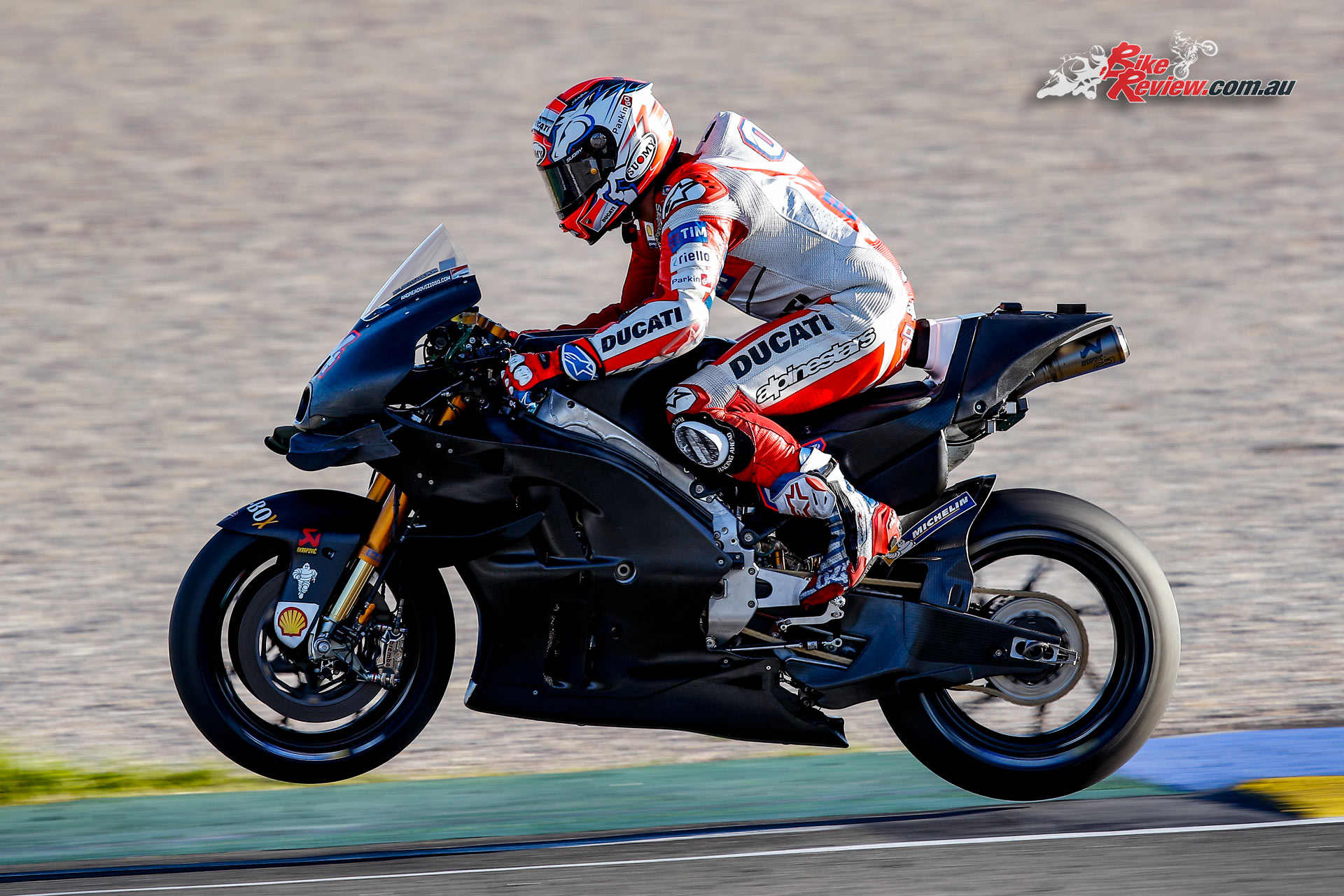 Dovizioso has always been an occasional podium guy and regular top-five rider on every bike he has ridden in MotoGP even the factory Repsol Honda and now he has stepped that up a notch on the Ducati.

Iannone is also regularly at the front when he is fit. We saw what a rusty Casey Stoner did on the bike first time out in Sepang this year on the Hard option tyre, declaring immediately that the bike was capable of winning.

My tip is Jorge will win the first race and quite a few more. The other exciting prospect is Vinales on the Yamaha. He is maybe even wondering now if getting off the Suzuki so soon was a good idea.

Either way he is the new kid on the block and capable of beating them all regularly next year. Iannone will have some good races on the Suzuki and the rest of the new riders are generally another crop of political choices moving up from Moto2.

Another Spaniard in Rins, and a German in Folger and Zarco, who is probably the only rider moving up on pure merit.

He actually had to win two Moto2 titles to eventually get the nod. Sam Lowes is also moving sideways within the same team where hopefully the Michelins will help him stay upright.

Bradley Smith and Pol Espargaro find themselves big Euro factory KTM rides and Tito Rabat gets a second year on a factory Honda after coming last for the majority of the season. Anyway should be exciting at the front again next year. 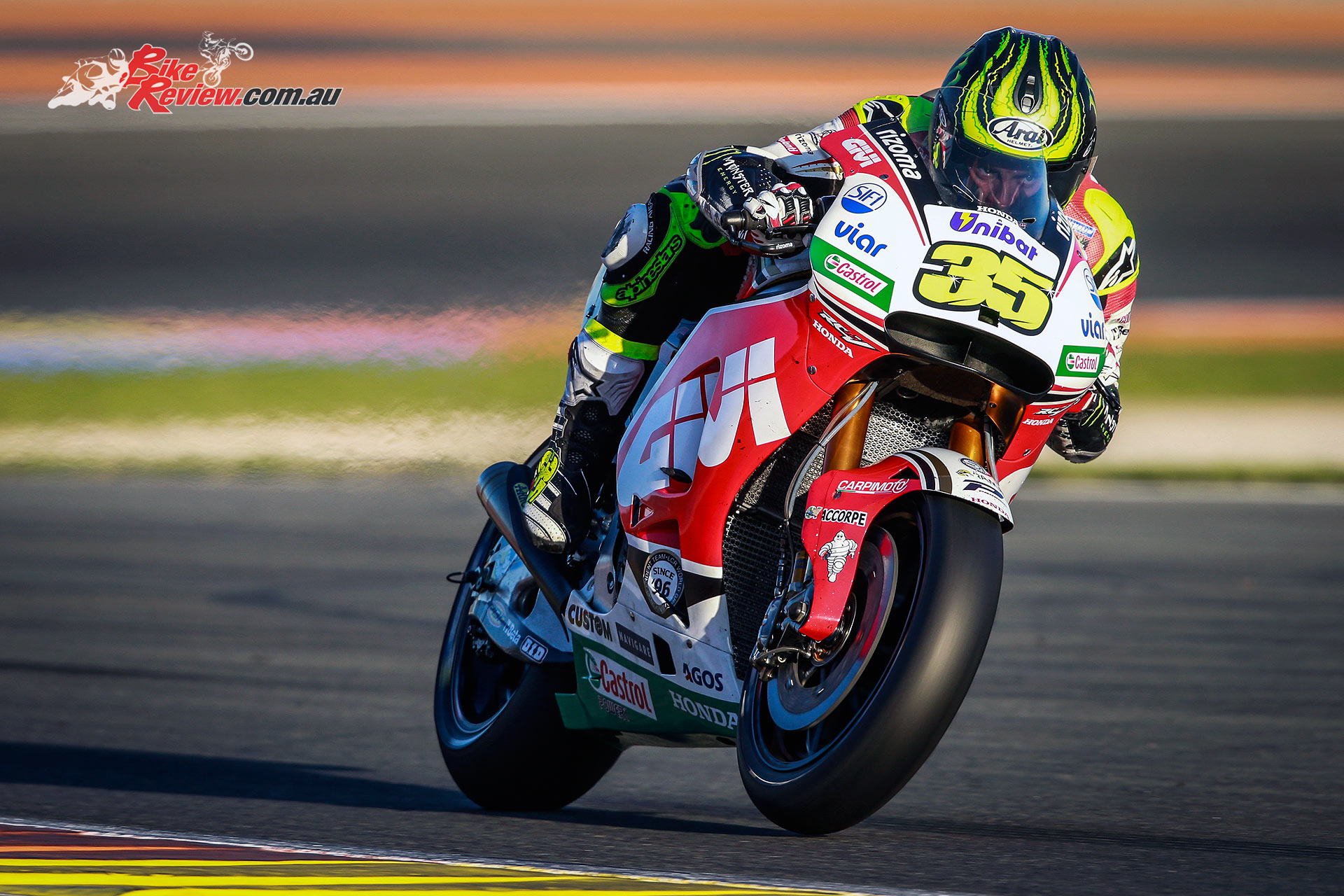 I will be cheering for my mate Cal Crutchlow. Awesome job at Phillip Island mate.

I’m also so glad my mate Jonny Rea closed out the WSBK title in Qatar and to see him really ride the wheels of that bike in Race 2 after the title was safe was something special.

My rider Randy Krummenacher managed to stumble at the final hurdle and lose a certain runner’s up slot in the WSS championship and outside shot at the title with two rounds to go, to eventually only just finish in third.

Onwards and upwards and we are flat out at Team Puccetti building our Superbike for 2017. Unfortunately we are having to source lot of our own parts and not much help is coming from Kawasaki. 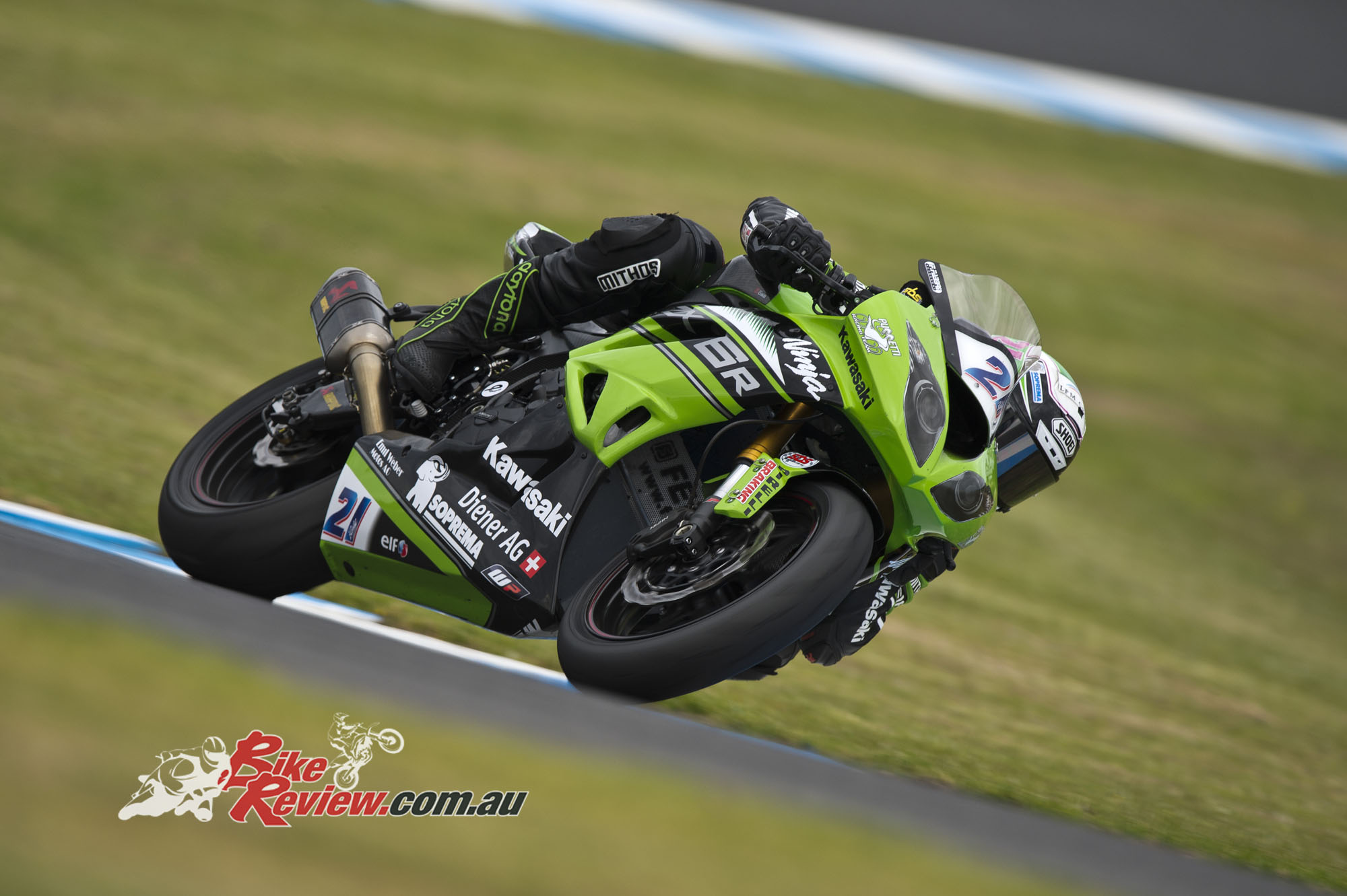 The process of asking for something and then getting the permission to have it and then the approval from so many people is a nightmare. All the same faces from my MotoGP days are the decision makers and getting factory parts or even information is proving very very tough.

A little headway is being made through Mr Yoda and a gentle nudge from JR certainly helps. Who knows, maybe the time will come when we can take some points off rivals and help the factory guys win the title. It never hurts to have a third strong Kawasaki out there.

I am personally looking forward to a bit of quiet time at home with the kids and taking my boys to day care and preschool.

I am currently on my way back from seven days on track with Focused Events instructing in Spain with a stop over in Rome to catch the Rugby. All Blacks versus Italy. No use following the Aussie Rugby players or cricketers at the moment. 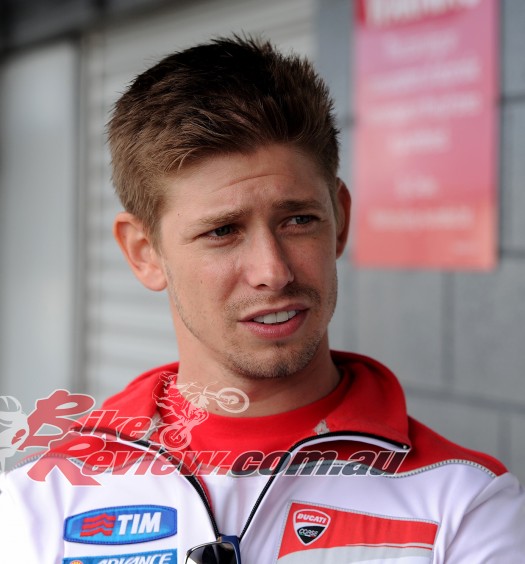 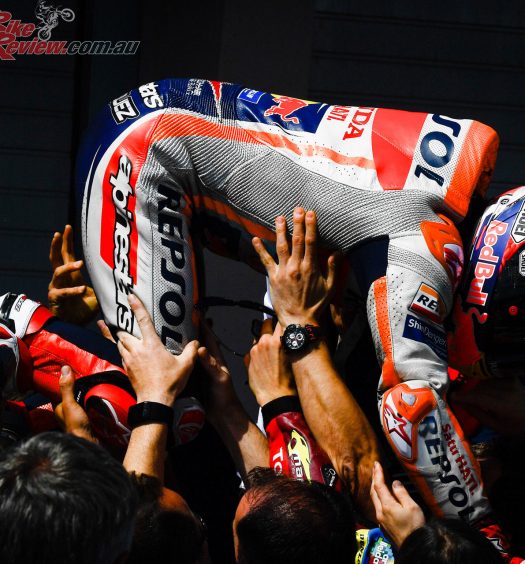