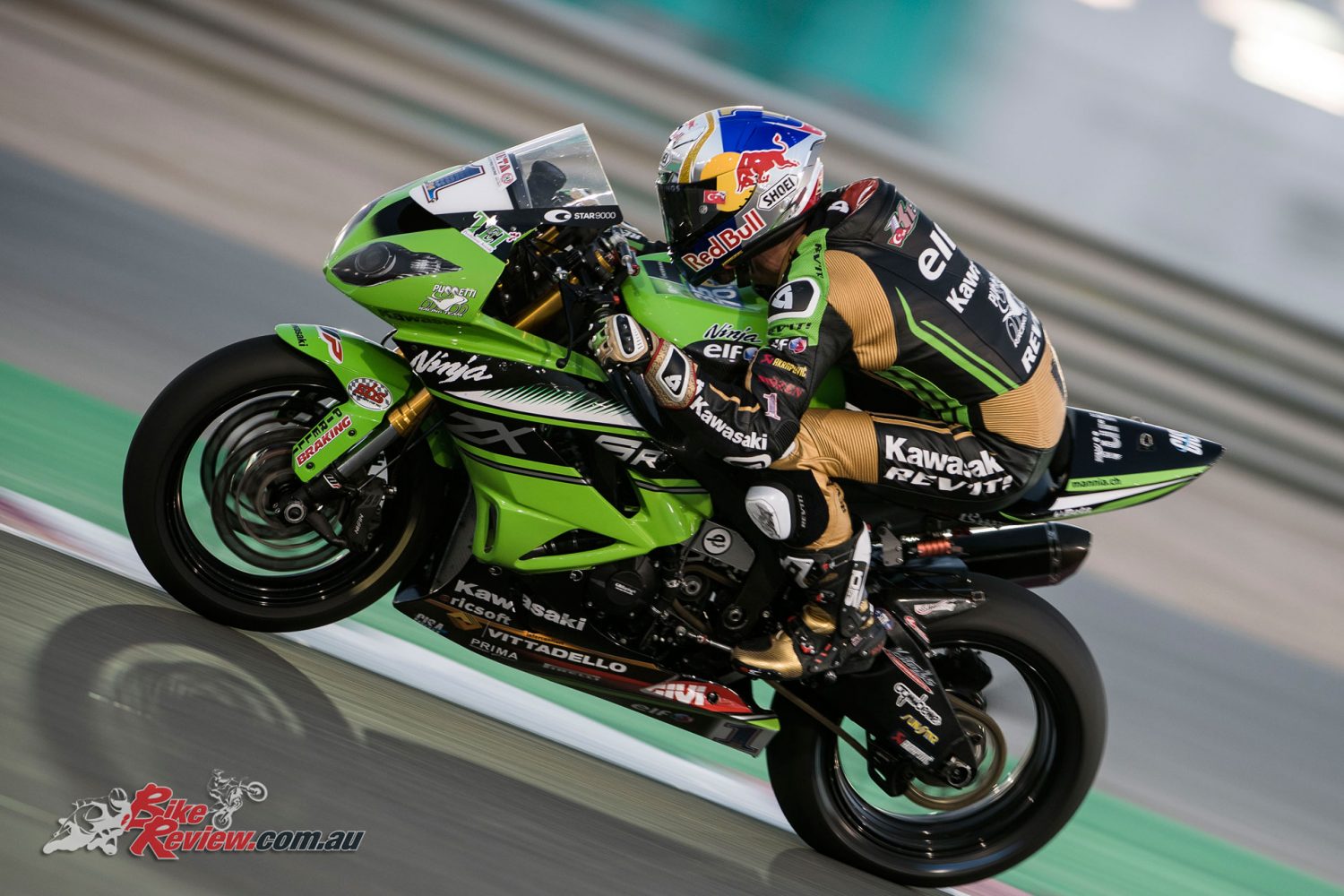 That’s another season in the books for World Superbike and World Supersport after a line was drawn under 2017 under the floodlights of Qatar last Saturday night. Jonathan Rea dominated once again, taking the double and the all time points record, with Kenan Sofuoglu finally having to surrender his grip on the World Supersport title to Lucas Mahias.

Kenan honestly had no reason to be in Qatar at all with the Championship basically over and his hip still broken in three places, but in a show of mental strength he decided to come and race to simply show everyone it was still going down to the wire and don’t forget him in 2018. 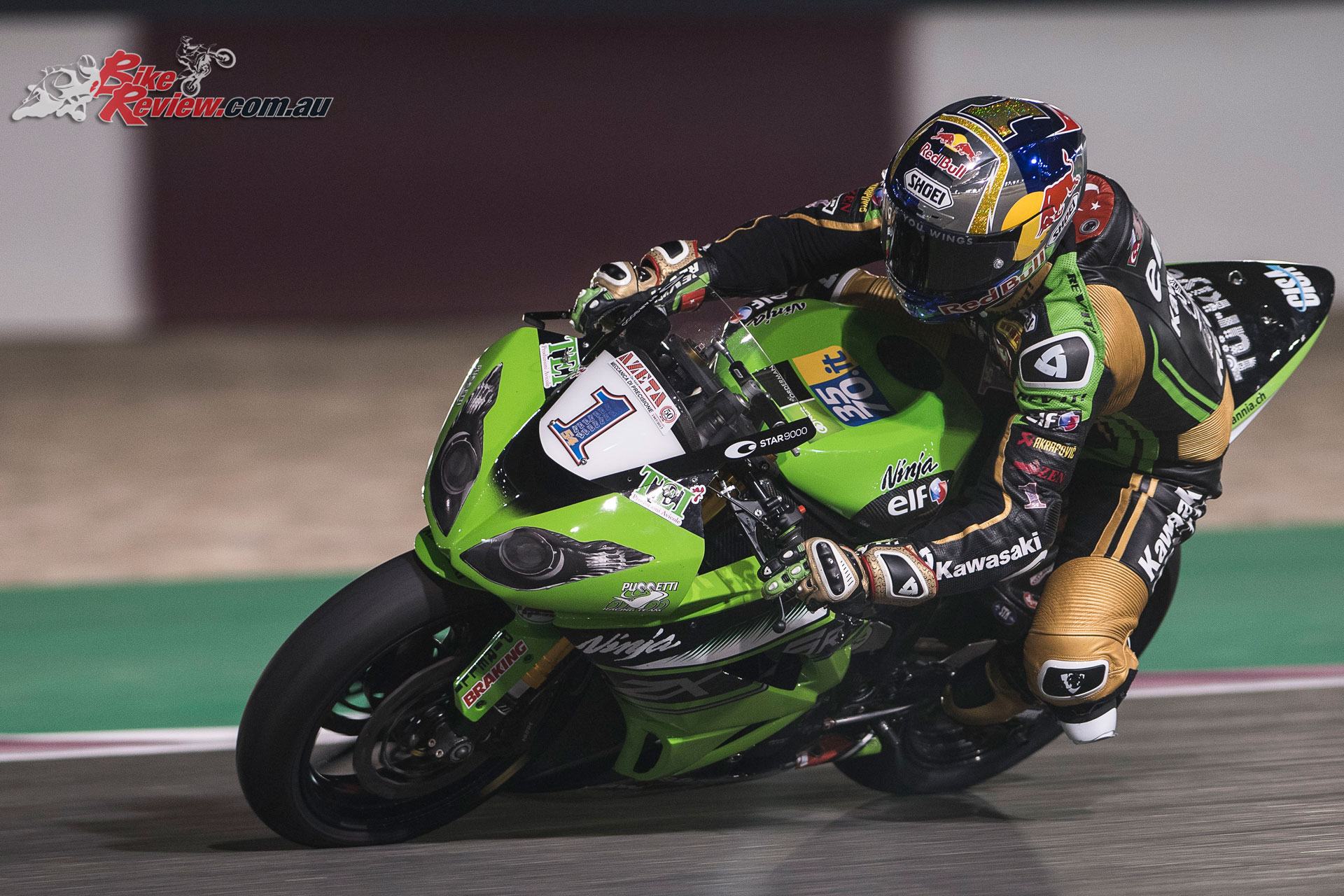 In my personal opinion he rode the best race of his life to finish third. In agony he broke the lap record three times in a row at the end of the race to get himself in touch. Mahias won the title and the race in Qatar but Kenan finished second having missed five races through injury this year. His scorecard read five wins and a second and a third. Even on the ageing Kawasaki watch out to all the Yamaha brigade next year. 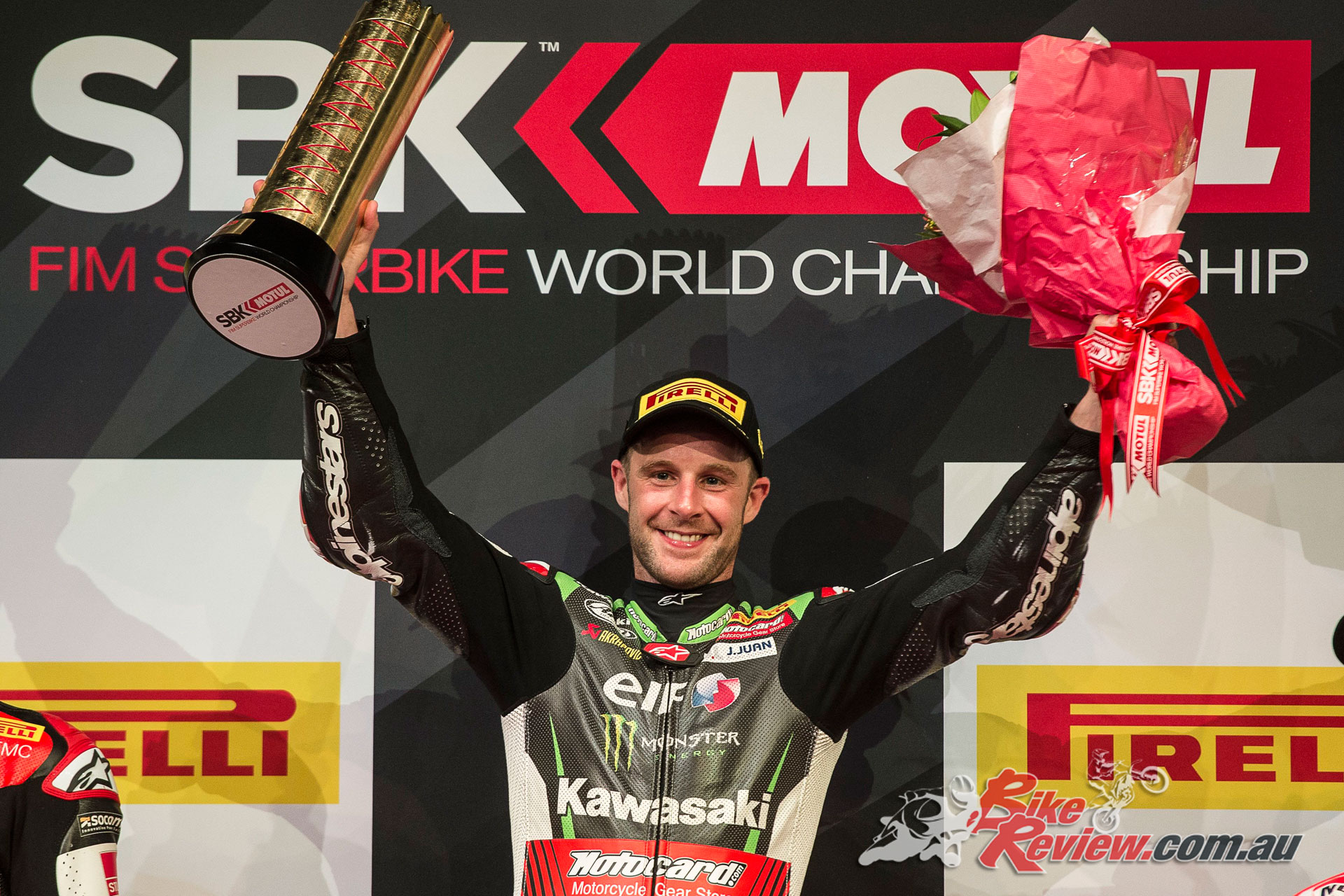 Jonathan Rea celebrates winning the World Championship, while 2018 will be an uphill battle with restrictions to the Kawasaki machinery – Image by Geebee Images

Jonathan kind of gave them an ‘up yours’ in Qatar because next year in trying to close up the racing they have simply penalized Jonathan and Kawasaki. The Kawasaki loses 1400rpm under next years rules. I suppose you can say it is like making Usain Bolt start 10 meters behind the blocks at the Olympics. He will still find a way to adapt and be competitive but it’s going to be much tougher. The bike that remains virtually unchanged and therefore very competitive is the Yamaha R1 in the hands of Alex Lowes and Michael Van der Mark.

That takes me nicely into season 2018 for myself and what color shirt I will be wearing. I have just agreed to join the Crescent Pata Yamaha World Superbike team as Alex Lowes’s crew chief. For me personal it is an opportunity to move into a factory team and learn so much more and work with one of the fastest riders in the world. 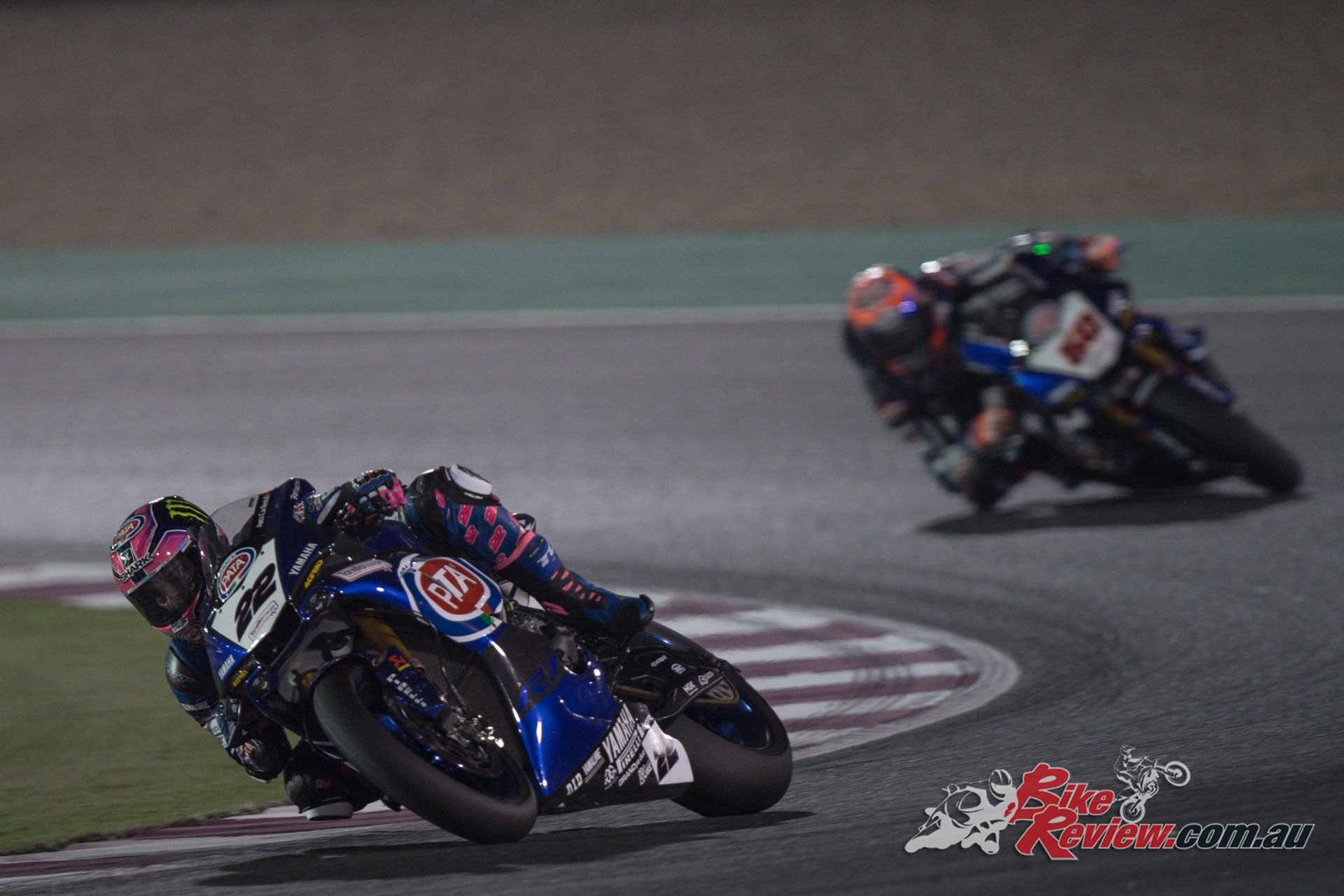 Yamaha Japan are getting more involved and have already sent the successful 8 Hour factory bike over to Europe to be tested in a private test session which shows their commitment to making the R1 challenge for the World title next year. Alex and I have been in regular contact over the last couple of weeks once things were confirmed and he is happy and excited about the new combination. We both agree we can really make some waves next year, especially since the Yamaha is really going to be the same bike that was getting closer and closer to the front by seasons end. 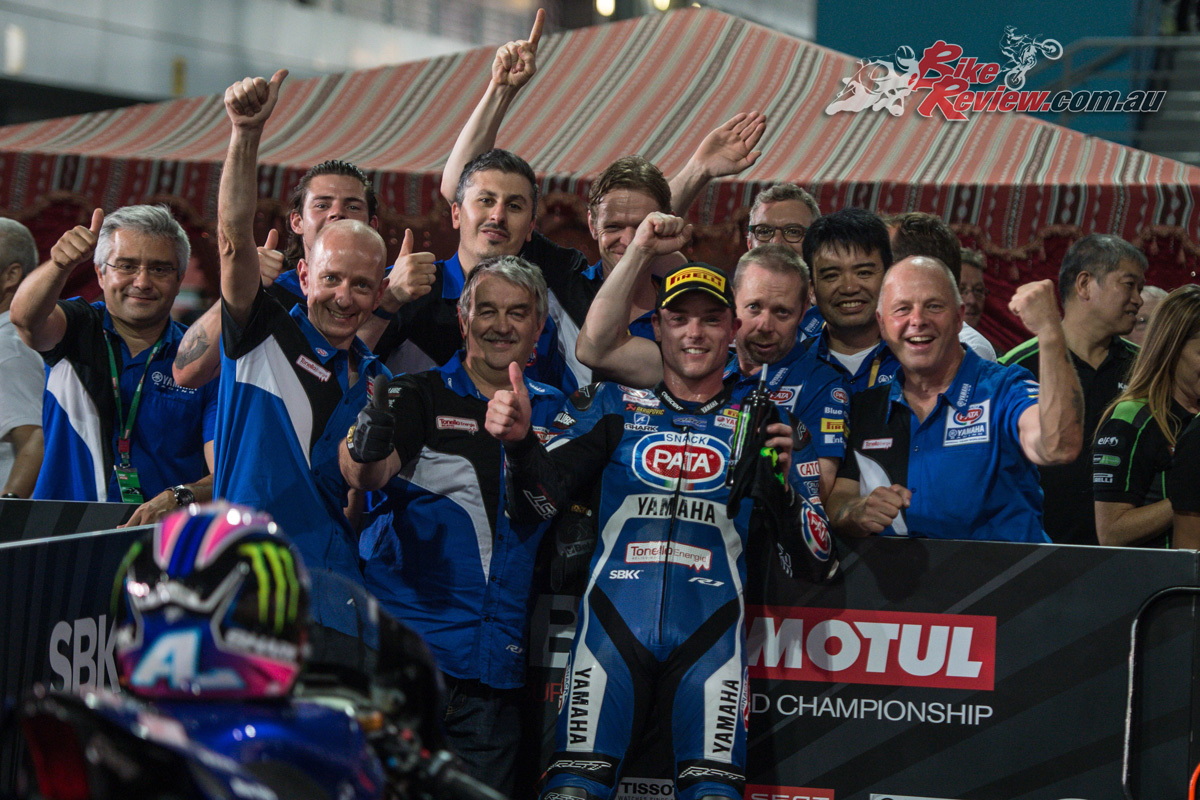 Alex Lowes finished the WorldSBK season on the final race podium at Qatar. He finished the season fifth overall.

I went back to the Yamaha racing base for the first time since my days there as a rider in 2006, to start my training and be brought up to speed on the latest R1. Basically to get a history on the settings and direction the bike has taken and to try and understand its strengths and weaknesses. Finally though to get familiar with the data collection system and the various computer software they use to run and set up the bike.

In summary I can only say I am really excited about this new adventure and I can’t wait to get started. I have two days next week with the former crew chief in the UK going through everything he has learnt about the bike. Interestingly he is heading back to the Honda UK BSB team to look after Jason O’Halloran and sharpen things up there, to give them a crack at the title.

Then it’s on track at Jerez for my first test with the team for three days starting November 22. Lots of new test items on the list to test in Spain, and from there round one at Phillip Island isn’t far away.

Exciting times ahead and see you all down under in the blue shirt. 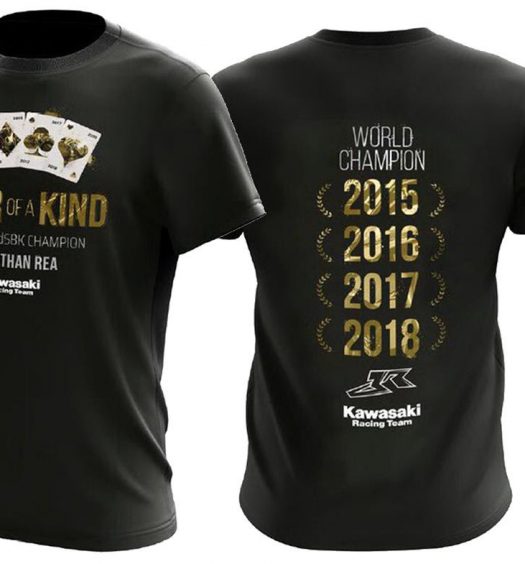 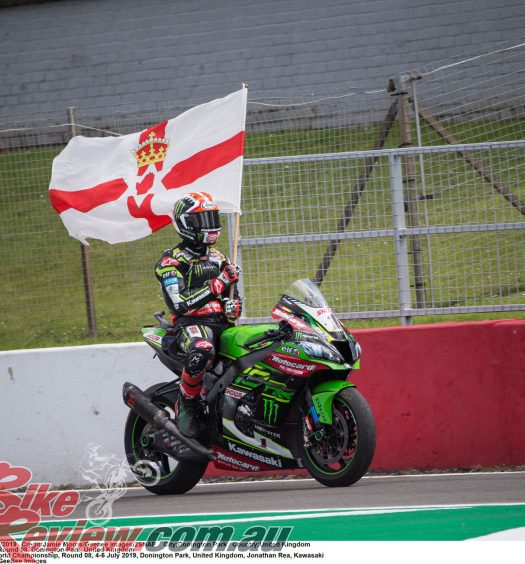