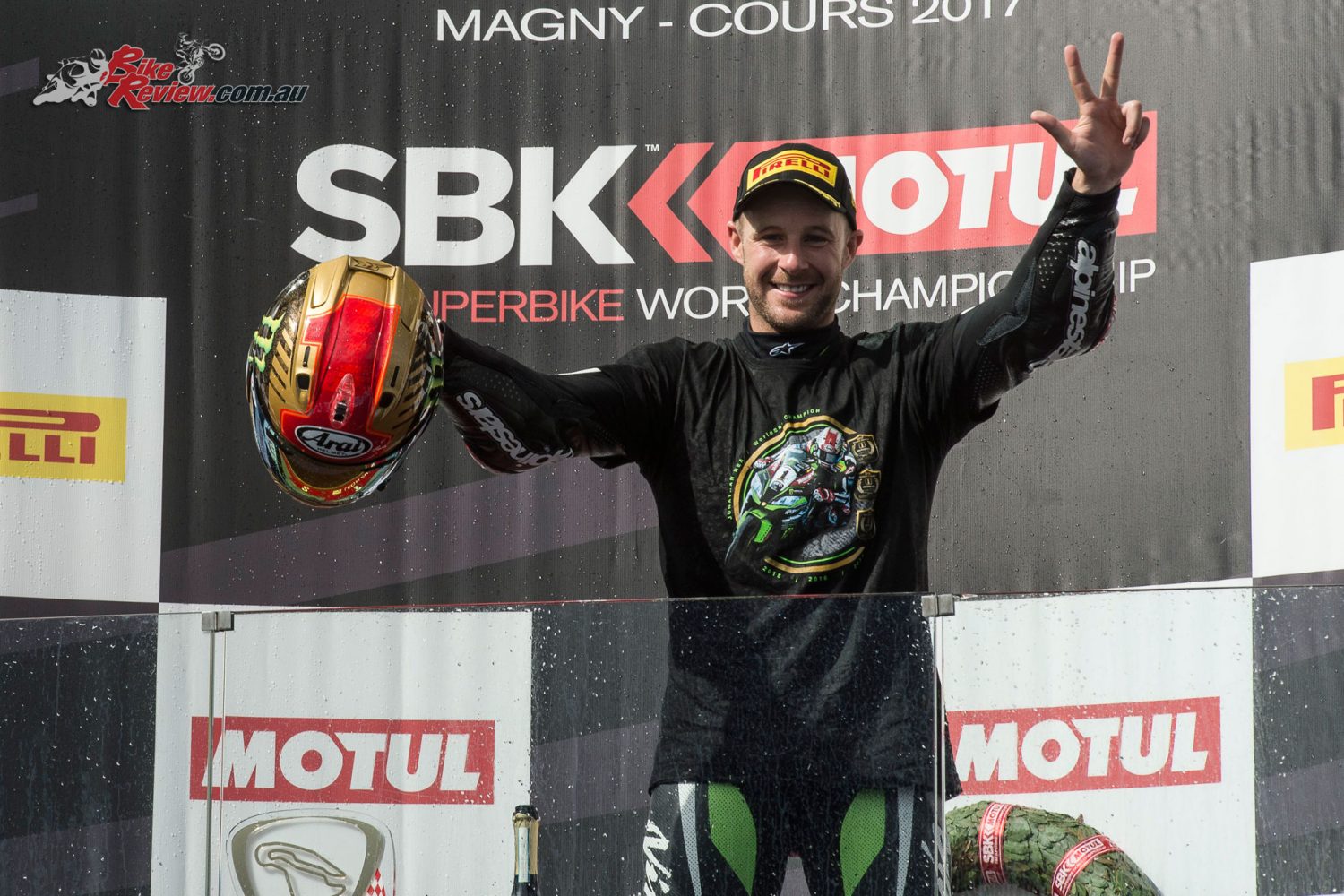 Well I must say it was worth waiting until the end of the day in Magny Cours before putting my fingers on the keyboard and putting down some thoughts about general goings on here in France for Round 11 of the World Superbike Championship. 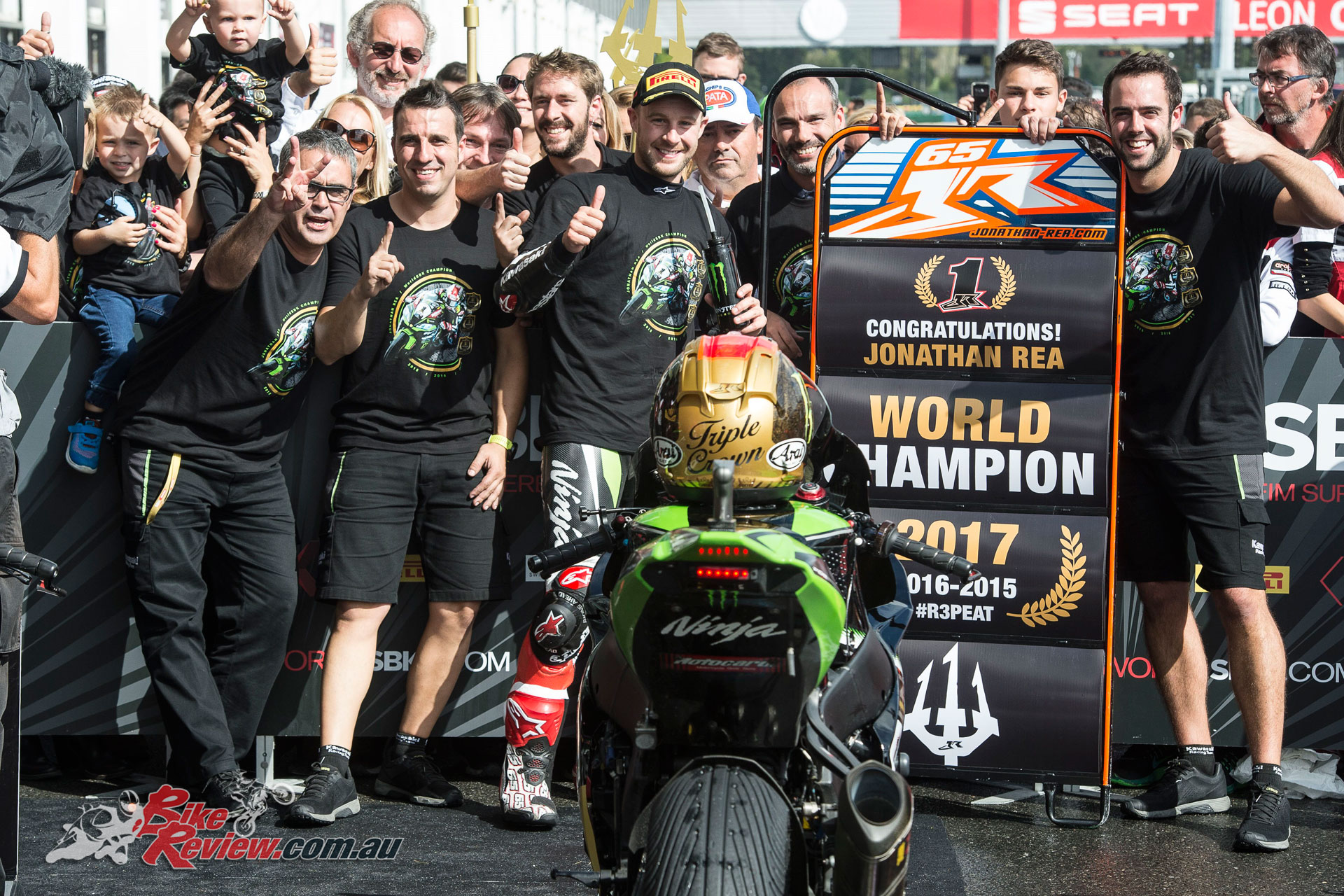 That is because I was so very fortunate to witness first hand my good mate Jonathan Rea win his third World Title on the trot with another stomping, smashing – whatever superlative you can think of – display, by totally outclassing his opposition in terrible conditions over the 21 laps of Circuit Magny Cours.

He didn’t need to win by 15 or 20 seconds or whatever it was but I know it has actually annoyed him the last two years that he clinched his titles in 2015 with a 4th place in Jerez and with a podium in Qatar last year. His idea of sowing up a world title is by going out and winning the race and the title all in one hit, so that he is standing in the center of the podium with his World Champ t-shirt on. 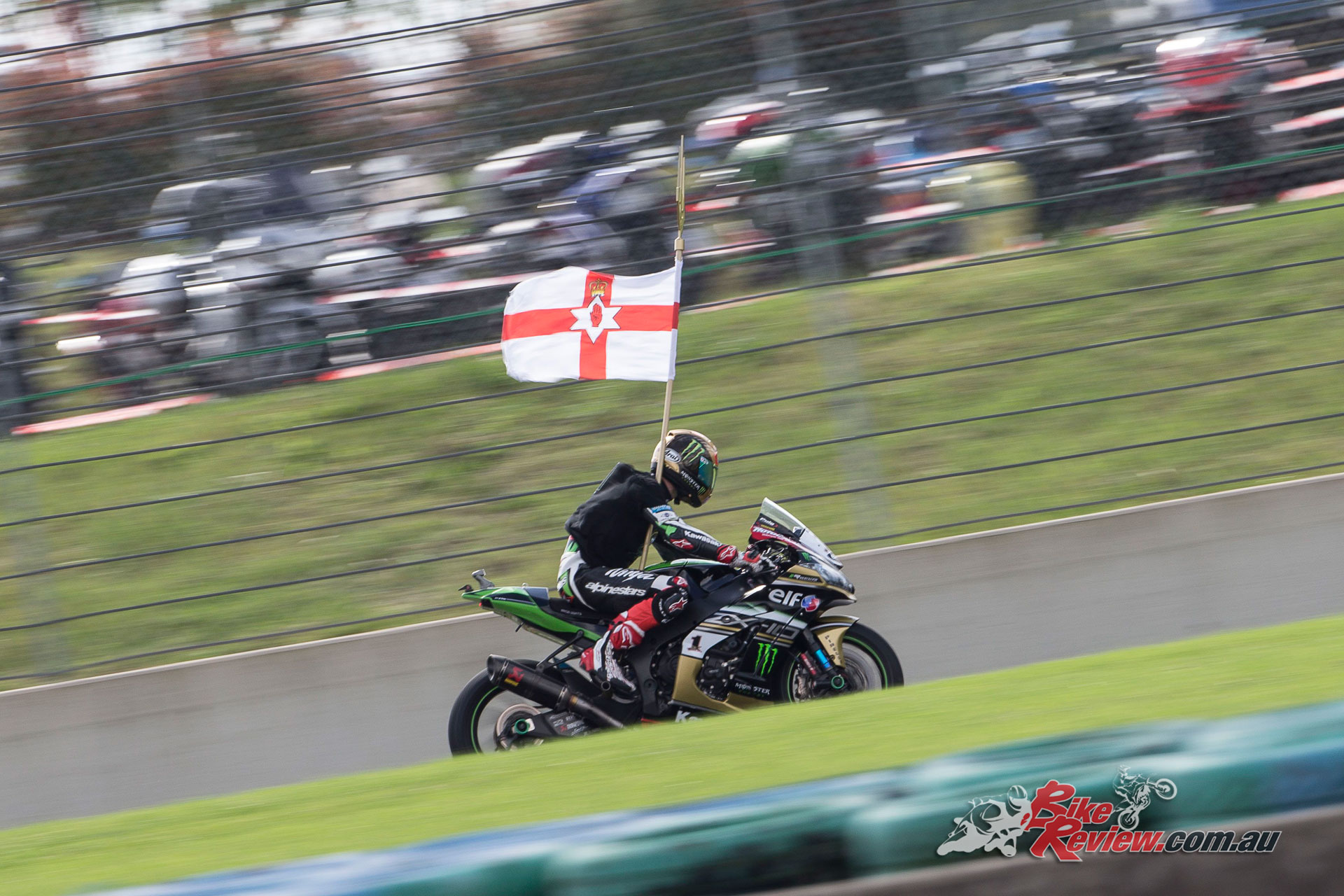 After absolutely stunning conditions for FP1 and FP2, which he also dominated we awoke in the morning to heavy rain until around midday when it started to ease off slightly. FP3 was at 0845 which makes no sense at all. They all talk about what needs to be changed in WSBK and the schedule is the first thing, as by having the first session on at 0845 everything is over and done with by 1300, but that is for another day that discussion. Anyway track temperature was at around 14 degrees and as always a slick Magny Cours surface and pouring rain meant half the field either crashed or ran off a few times.

Superpole was also wet although slightly warmer track temp and Westy started off great by going P1 on his first lap then was 2.1 seconds under on his next lap and he came into the pits saying the bike felt loose on corner entry. Actually the bike was pretty shit with rear grip and all day we struggled to give him the rear contact on corner entry and around here on such a slippery surface it became just a matter of survival. 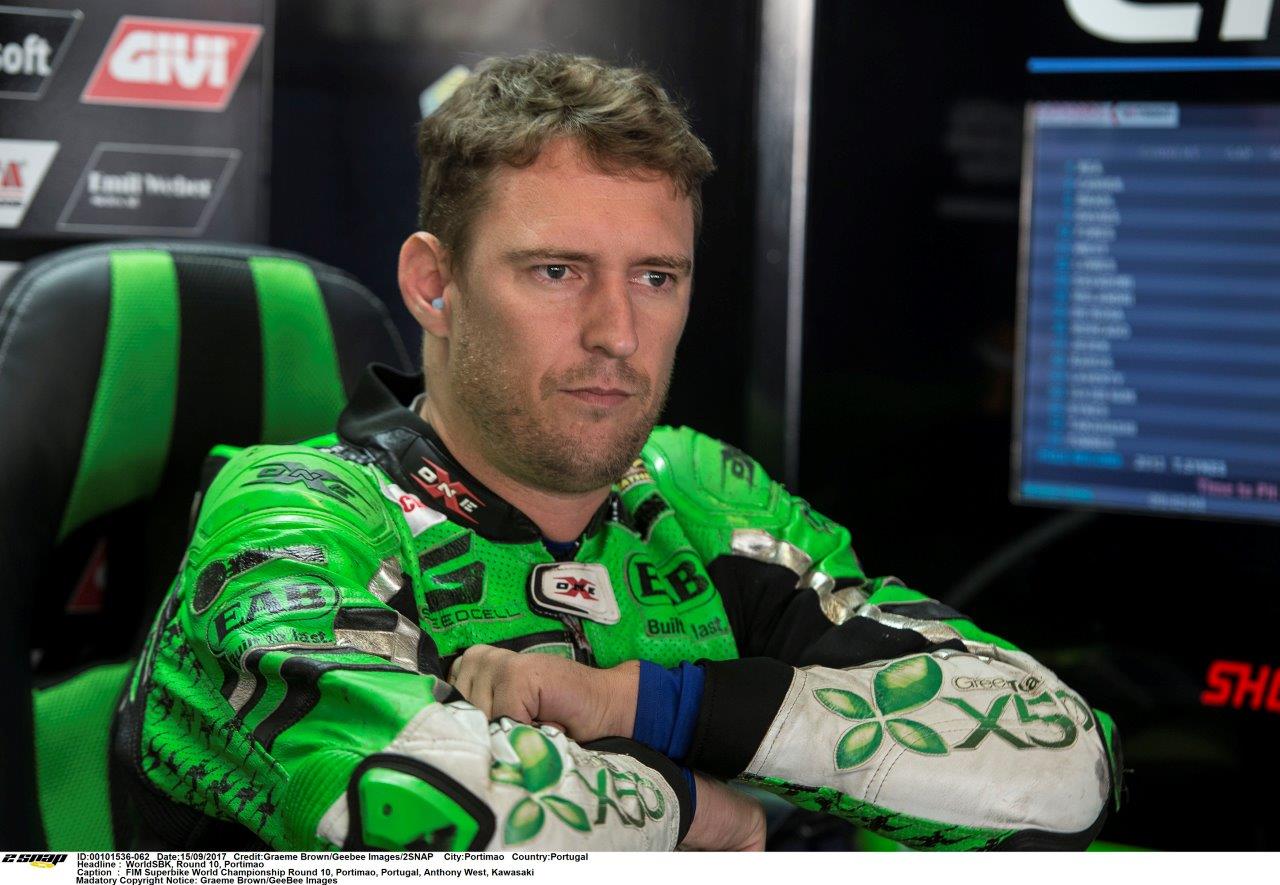 Things only got worse through our garage this weekend with Kenan Sofuoglu breaking his pelvis in three places after trying to snatch pole on WSS Qualifying on a drying track. He was half a second under but touched a wet patch and down he went. Season over.

We have just returned from the local hospital where we bid him farewell as a plane has been sent by the president in Turkey to pick him up and have him operated on tonight back in Turkey. Such a blow for a guy who has fought so hard to get back in contention in the championship after missing the first three rounds with a broken wrist. Get well soon mate. 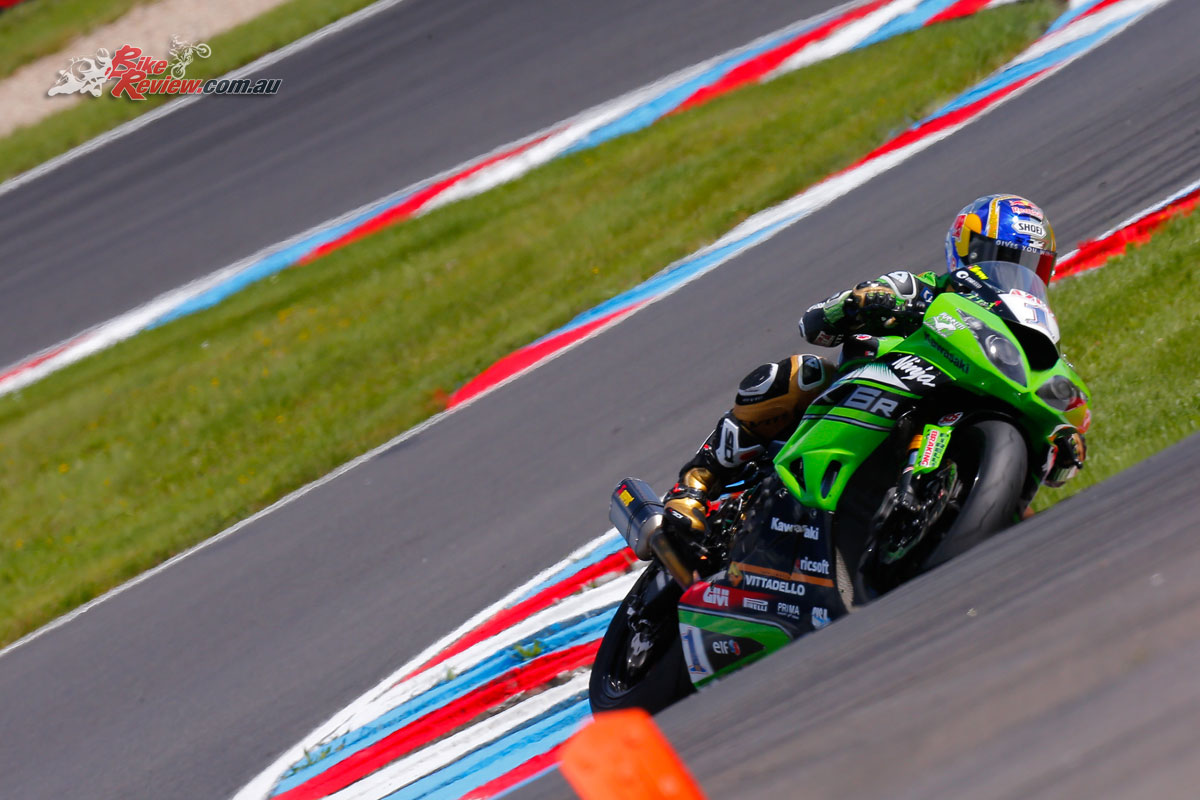 Young Toprak Ratzgatioglu who is fighting for the Stock 1000 title had a slow off in the wet this morning and dislocated his shoulder to be declared unfit by the medical staff to race. He is getting on the same plane as Kenan tonight for the trip back to Turkey.

The silver lining though was JR once again making world-class riders look average. I used to say to him, ‘Mate you don’t realise how good you are,’ when the occasional doubts would creep in, but I know now that he has had a different level of confidence this year and simply just aims to go out and dominate because he knows he can. 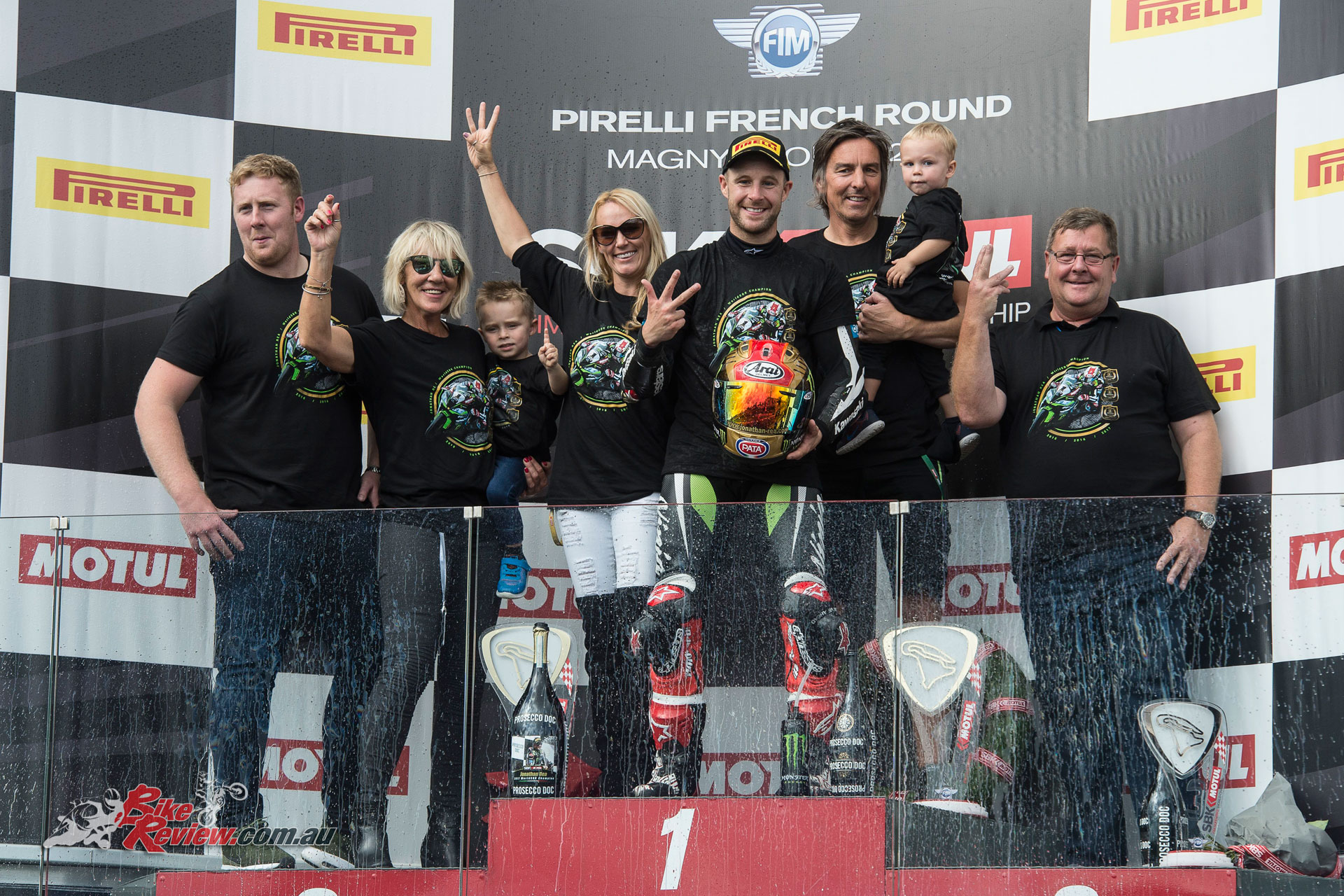 Take him out of the equation and all of a sudden you would have a championship coming down to the wire and things would be ‘less boring’’ as people describe it now. People described racing as boring when Mick Doohan was dominating and the same with Casey Stoner, but I love nothing more than watching the absolute best do what they do best.

It is a shame JR won’t get a shot on a decent bike in MotoGP because he doesn’t quite fit being Northern Irish and his age is against him now. Honda led him along the garden path for years dangling the carrot of a ride in front of him but that never eventuated and now it is probably too late. We all hoped that something might come of the Suzuki ride this year when Iannone lost the plot but contracts are contracts and he had one and JR had one so it became too hard. 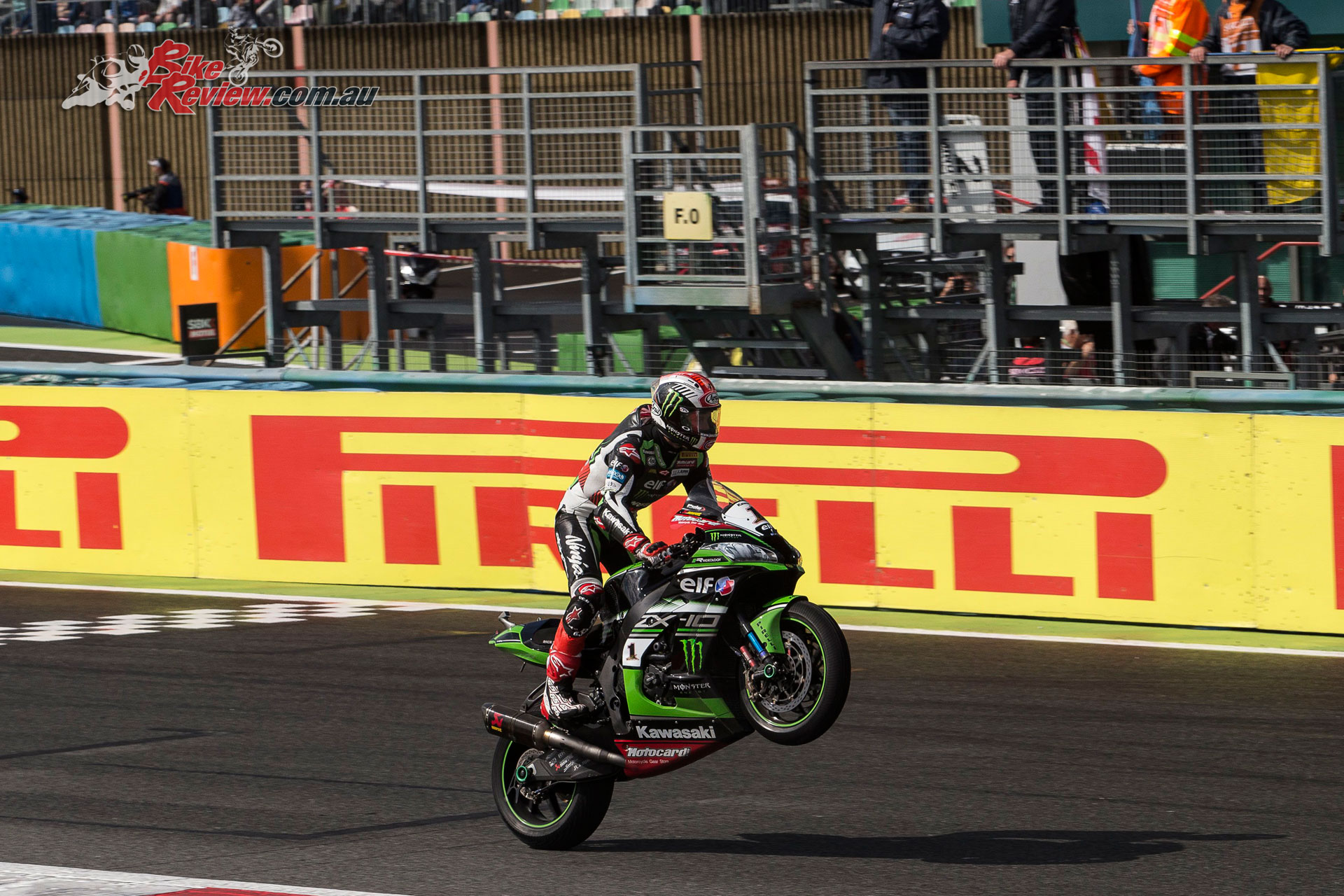 Dorna should have some kind of mechanism to move the guy that dominates in WSBK to a top ride in MotoGP but for now there isn’t that in place so we can only hope. JR says, ‘never say never’ so for now he is happy to break all the records in WSBK and take home another couple of world titles.

Finally I want to mention the support mechanism around Jonathan, and that starts with his wife Tatia who takes all the long shifts at home with the kids and travels around the world with the kids to give him that family environment that makes him function so well. His right hand man Kev who covers everything and his ‘Coach’ Fabien Foret who you’ll see scooting all around the circuit finding areas where someone may be doing something better than JR. 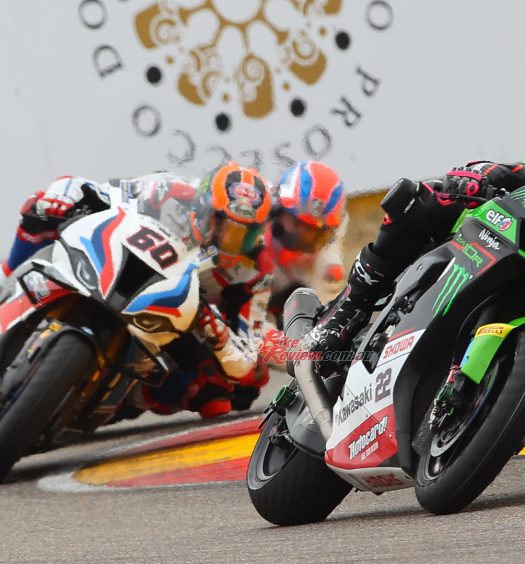 WSBK Gallery: All the Best Shots From RD 1 at Aragon

Read More
WSBK Gallery: All the Best Shots From RD 1 at Aragon 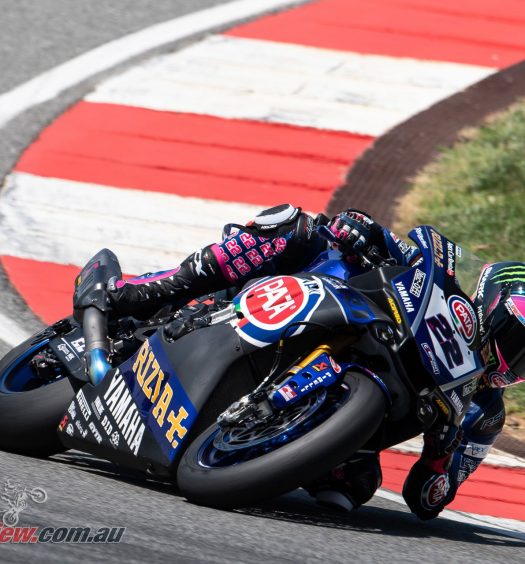