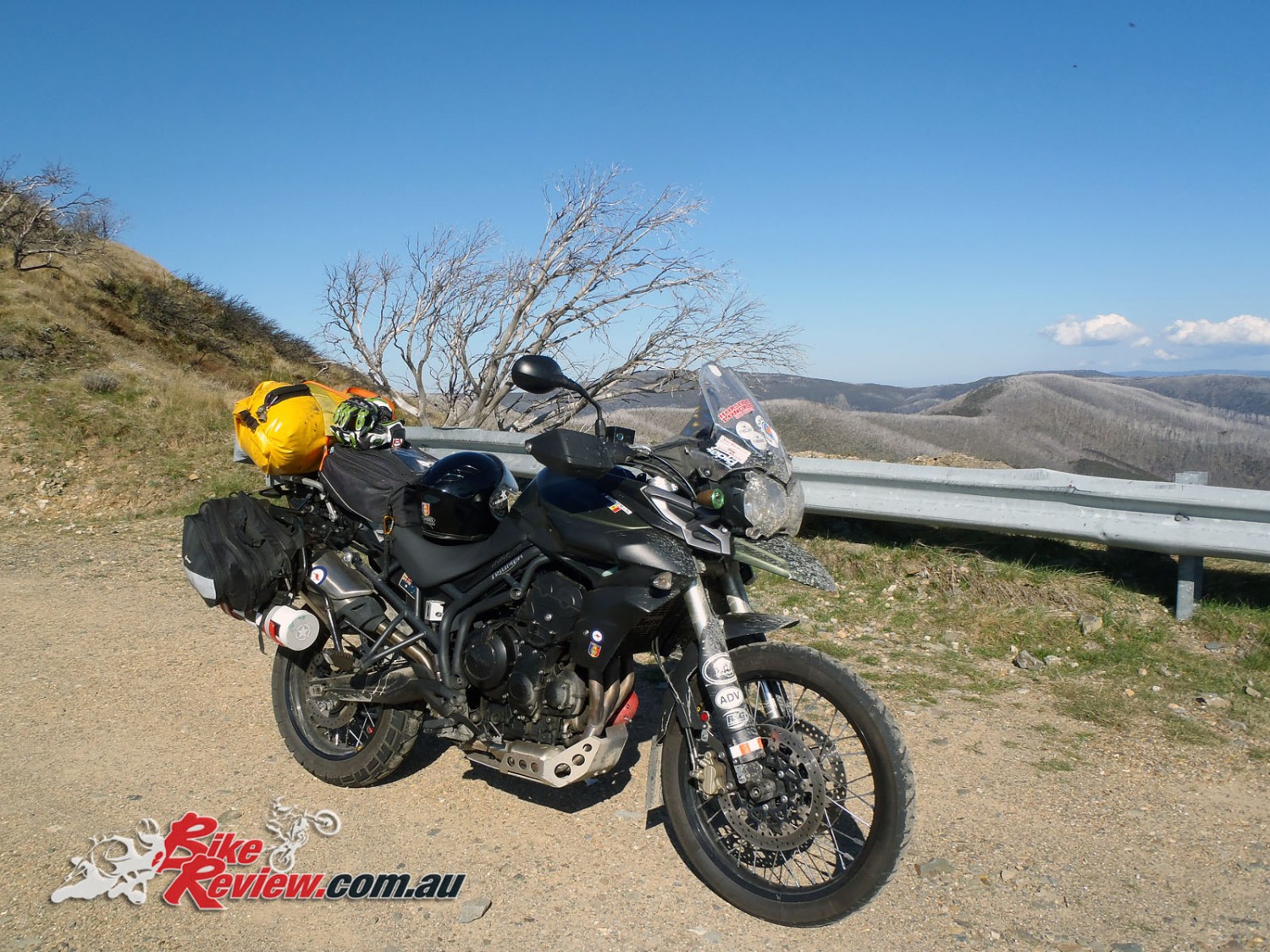 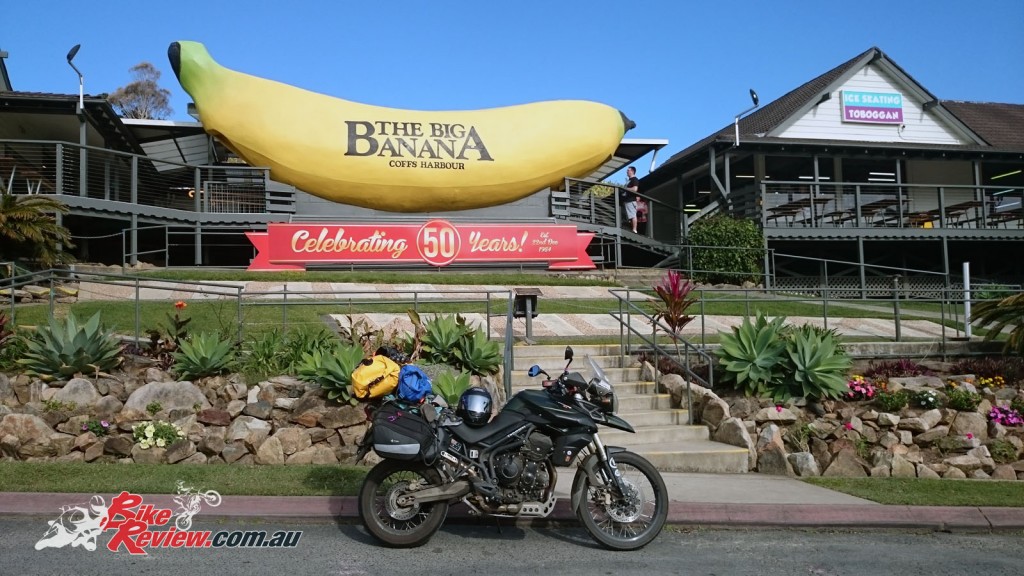 Triumph released the Tiger 800 to a great reception in 2011, with the bike competing in a BMW dominated segment.

With plans to travel around Australia, including the aim to encounter a lot more dirt, the time came for me to trade in my Kawasaki Versys 650 and upgrade to a more suitable Adventure Tourer form of motorcycle… My choice after careful reading, speaking to mates and discussion with a long term rider and sales rep, was made and I collected my Triumph Tiger 800XC.

The bike was everything I was looking for – tall, upright, great suspension, good power in all gears, economical and sexy to look at. 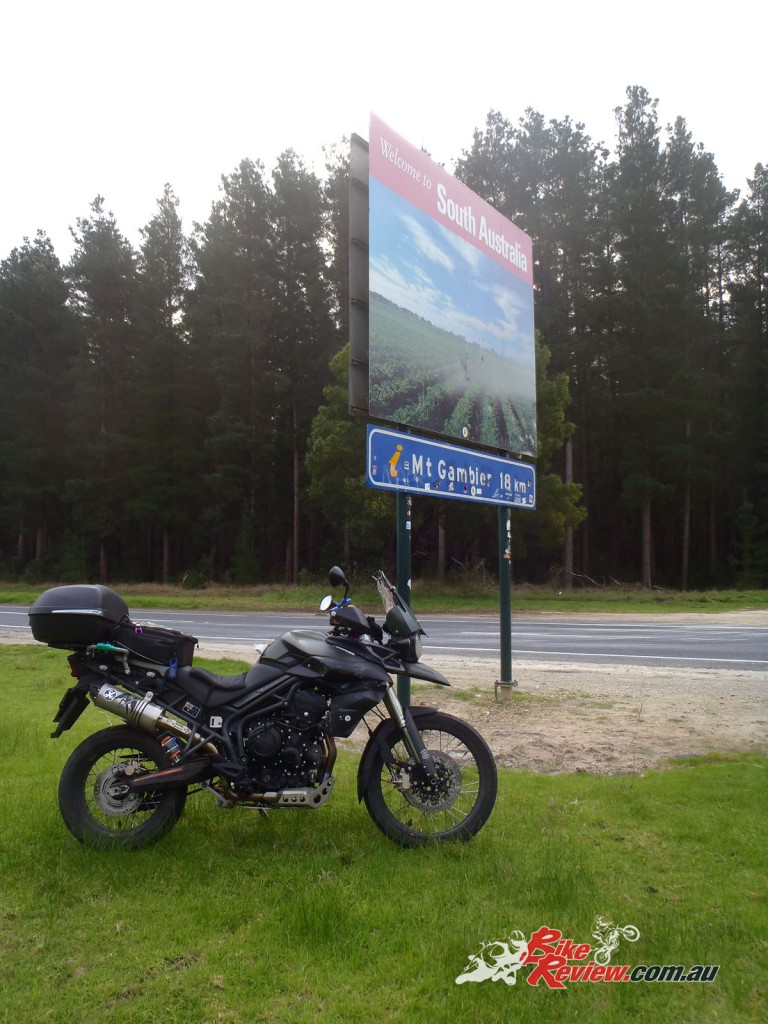 The Tiger 800XC is basically an uprated Tiger 800, with 45mm forks, longer suspension travel at both ends, a lower seat and a number of other small improvements. The most noticeable difference is the spoked wheels, the front being a 21in item instead of the standard Tiger’s 19in.

I rode the bike home and made plans to get the bike run in as soon as possible. This meant planning a good ride up to Port Macquarie and back on back roads through Seaham, Booral, and Bulahdelah.
The first service was done in a bit over a week and everything was looking great!

A mate in Gunnedah was impressed by my new Tiger 800 and wanted to have a closer look, so some dirt riding was in order, covering 1000km on tar and at least 500km on gravel, dirt and bush tracks in a three-day period. The Tiger did not miss a beat or have any issues, with the first 2000km flashing by. 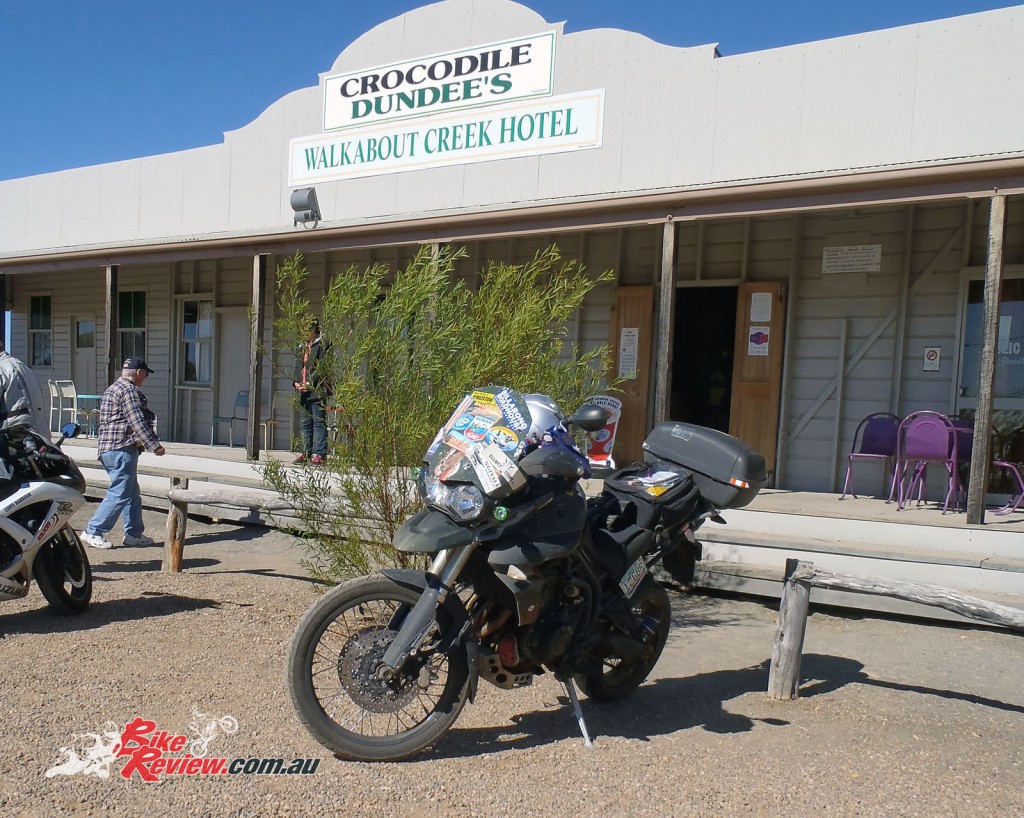 Murray fitted a massive top box capable of storing two helmets, for much of his travels.

With the standard spoked rims suitable for both off-road and tar riding, the original tyres – a set of Pirelli Scorpions lasted well, giving 14,800km from both the front and rear, before being replaced by a set of Michelin Anakee 3s.

The trip around Australia was planned and leading up to the ride I had only one issue with the Tiger – a faulty stator motor. It would cause the bike to either not start, (turn over but no ignition) or start and run like it was on full choke mode for about two minutes, or would cut out when going down gears – usually into a corner.

The guys at Triumph and Ric Andrews Motorcycles, West Gosford were excellent and had the issue fixed under warranty, including a full retune of the bike and I was back riding in under two days.

A day at The Farm – a local invite only venue – followed and allowed me to test the Tiger at high speeds all day. Weather remained hot, with an equally hot wind blowing, giving a good test to the bike’s cooling abilities, which where sure to be put to the test across Australia’s many varied conditions. The bike did not overheat, nor feel unstable while doing higher speeds than are legal on our public roads, with a set of 50/50 tyres. 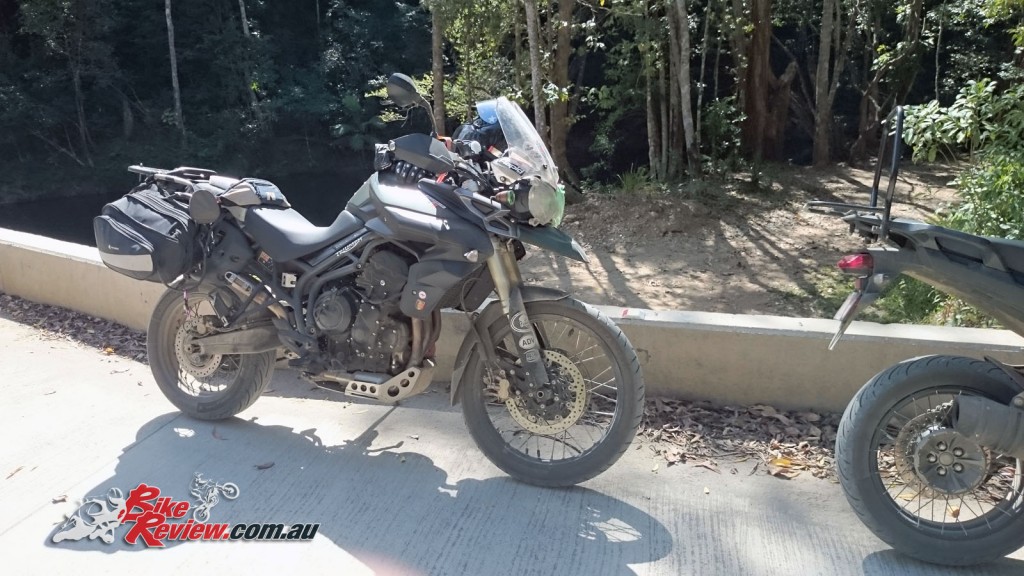 Around Australia we went, covering over 14,000kms in 26 days, enduring three cyclonic weather patterns, plenty of heat and various types of tar. One oil change was done in Broome, along with chain slack adjustment, with the chain adjusted at Margaret River as well. That was all I needed to do.

On the Michelin Anakie 3s I got 25,000kms from the front and almost 11,000km from the rear, which I had to replace in Katherine, Northern Territory. My only replacement option was a Michellin Road Pilot 3, which got me home easily and eventually managed a total of 14,000km.

Fuel consumption for the trip was very consistent and within expectations, apart from a few areas where the “pink and green” fuels, in outback WA and NT, caused issues. There, the fuel economy was terrible, dropping down to 14-18km/L whereas it was normally between 20-25km/L on Premium. 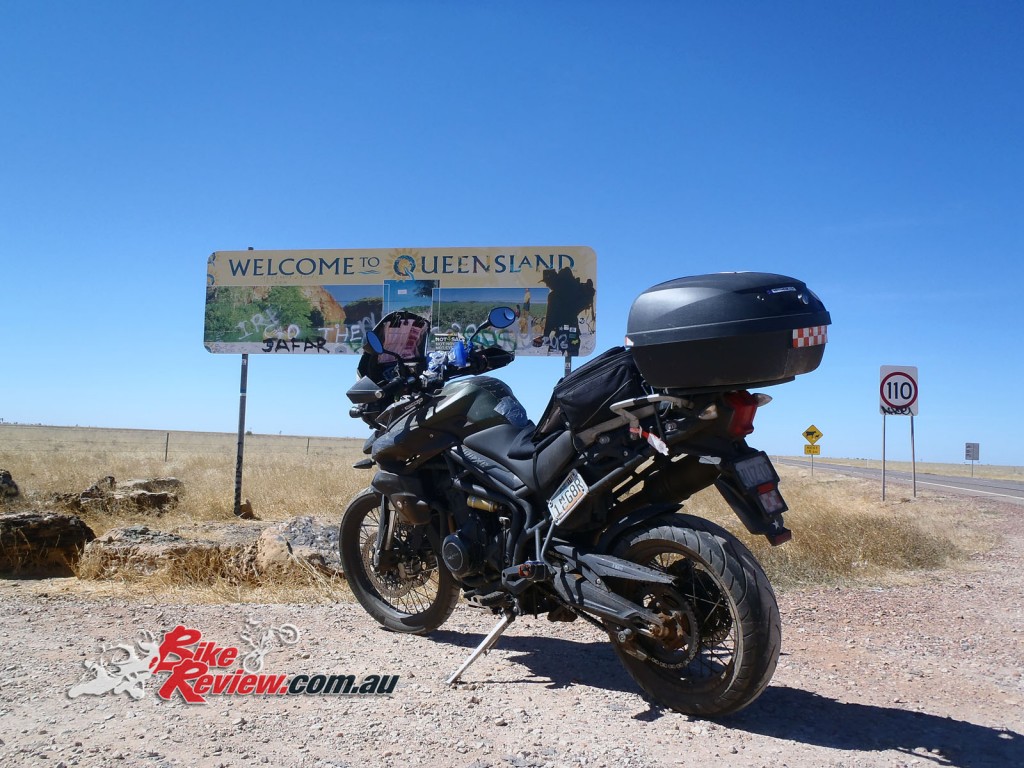 Over two years after purchasing the Tiger 800XC I’m still riding it and loving the motorcycle. I’ve just done over 8000kms around Queensland, did the Bloomfield Track at Cooktown, out to the Gulf of Carpentaria and back via Longreach and Moree… and have also been down to Phillip Island for the MotoGP.

I changed my chain and sprockets at 49,000km and added a smaller, sportier windscreen which is as good as the standard high screen in regards to buffering – there is none! I’ve also since raised my front mudguard by five centimeters for future dirt riding where the additional clearance especially on wet/muddy roads is really appreciated, and the bike still handles great! 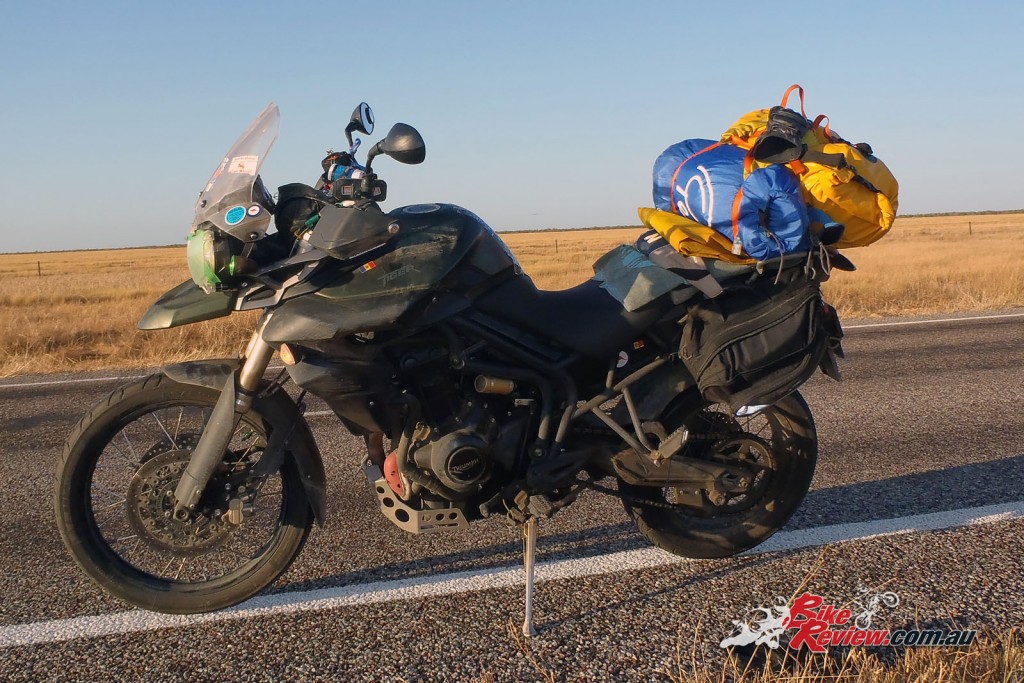 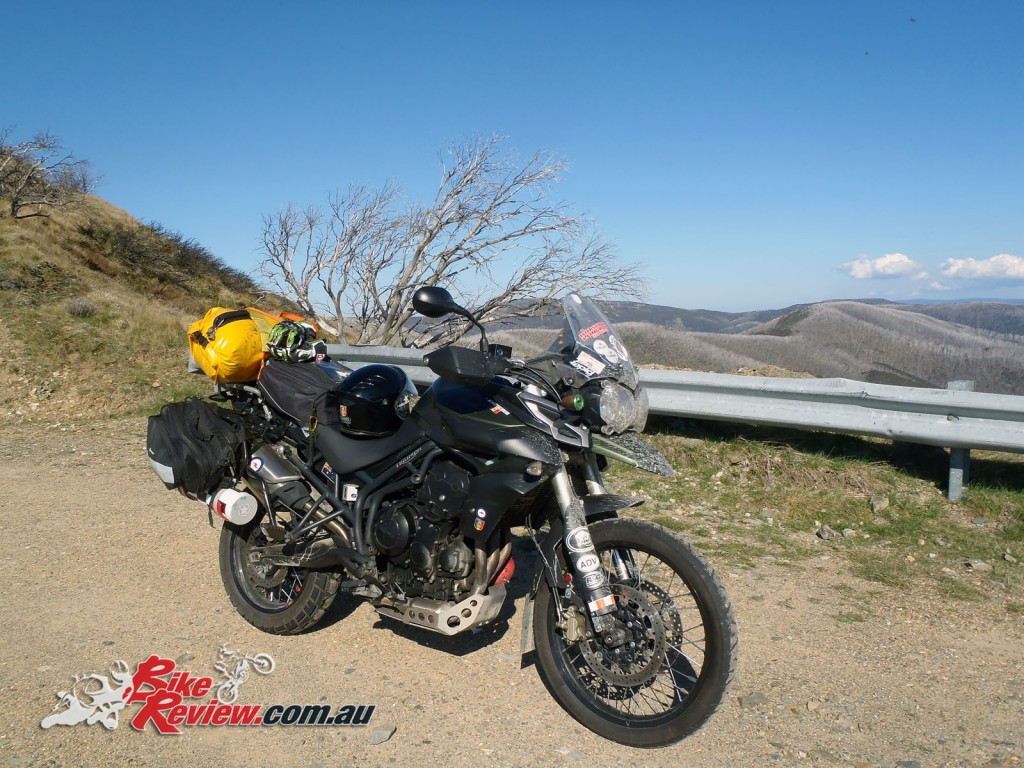 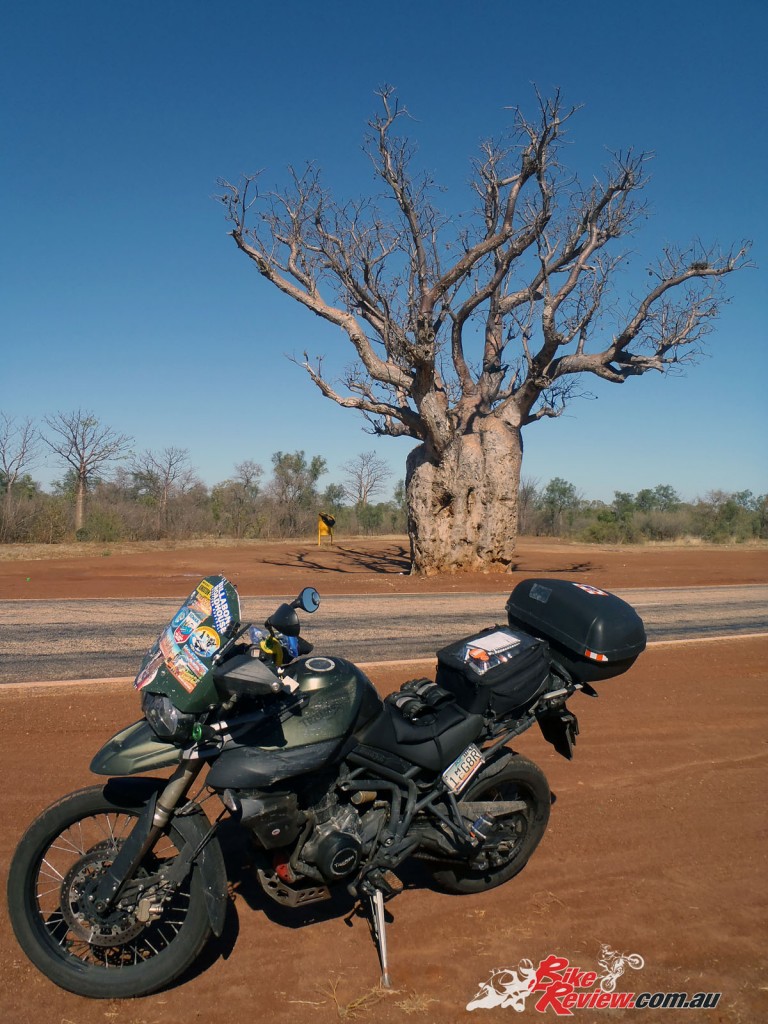 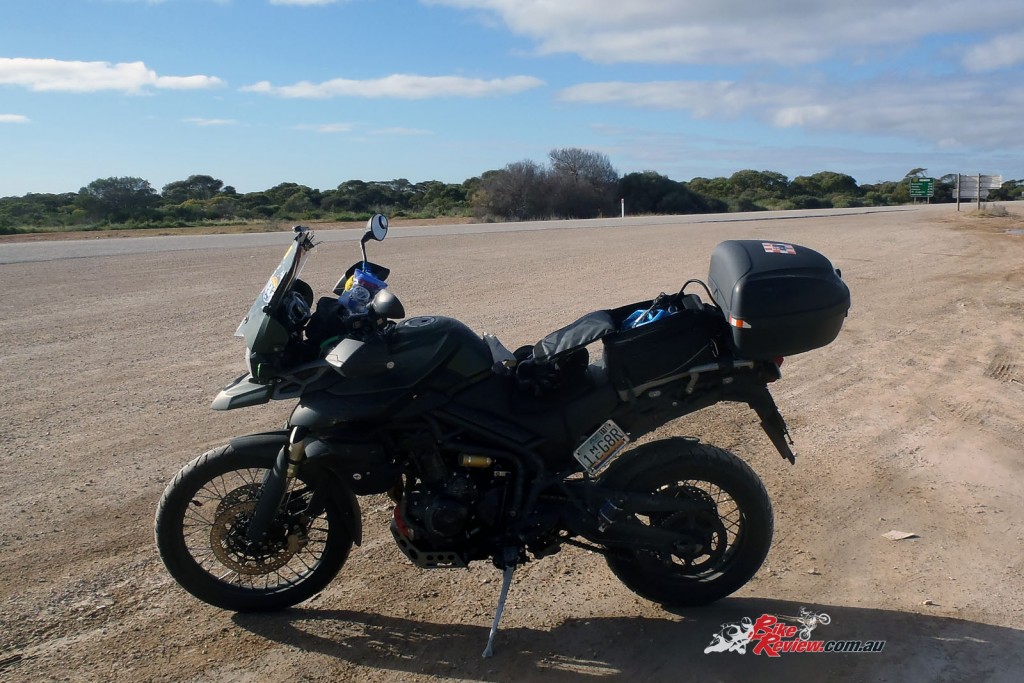 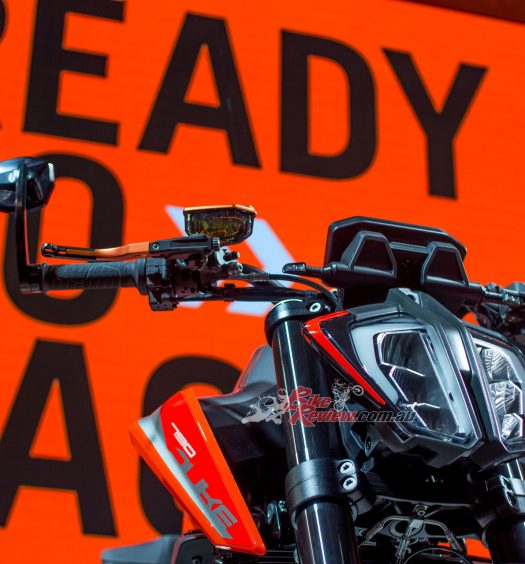 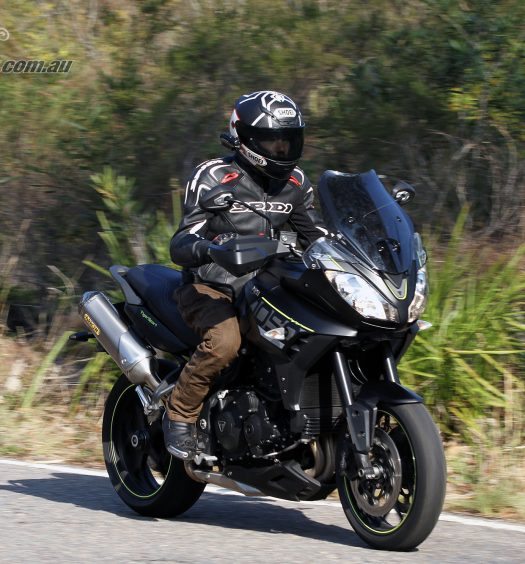