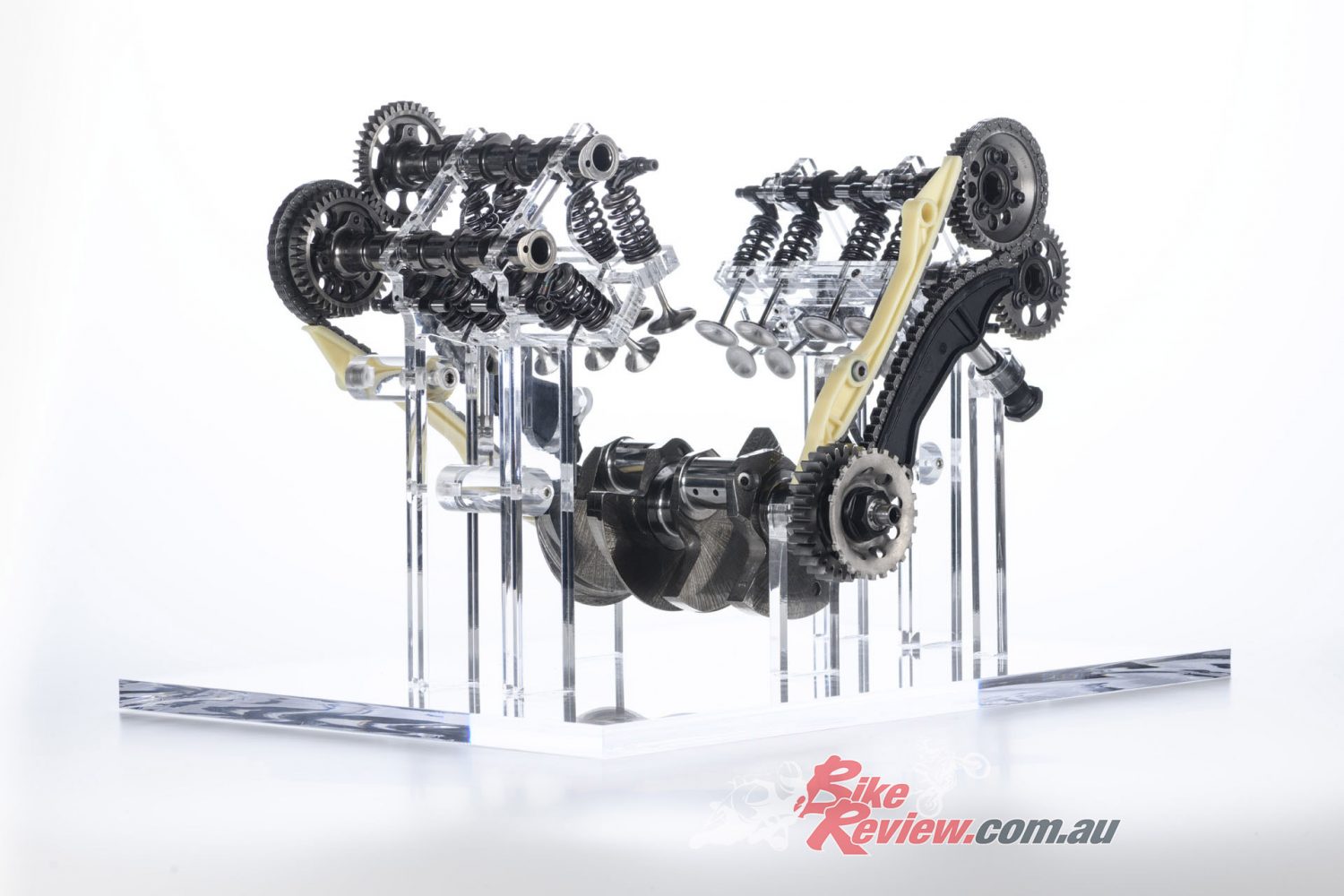 V4 Granturismo: the engine for the next generation of Ducati Multistrada

Ducati have released the details of the much anticipated V4 Granturismo sports and adventure touring engine. The engine will debut in the Multistrada V4, revealed on November 4...

Ducati have presented the new V4 Granturismo engine. It will power the new Multistrada V4, which will be unveiled on November 4. Ducati say the V4 Granturismo has been developed for maximum smoothness with record-breaking maintenance intervals… 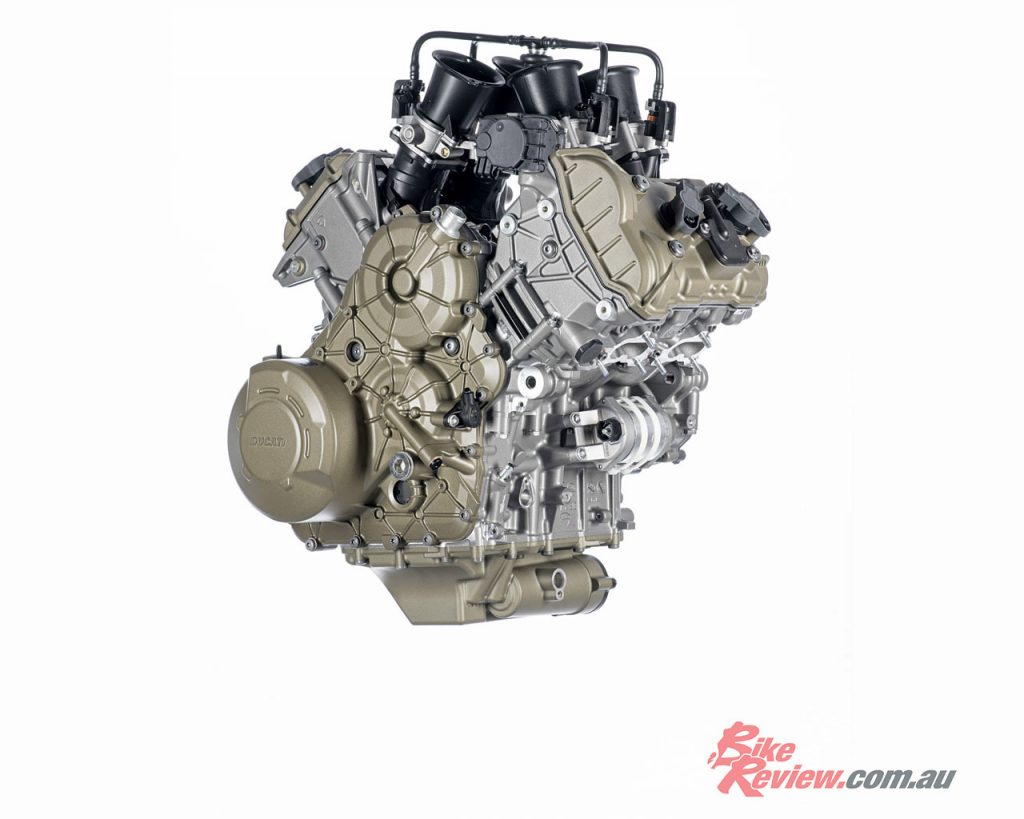 A new era began in Borgo Panigale as Ducati presented the new V4 Granturismo overnight, the engine that will equip the long-awaited new generation of Ducati Multistrada, which will be unveiled on November 4. An extremely compact, lightweight, high-performance, torque-rich engine designed to meet the needs required in what Ducati have called ‘Adventouring’. 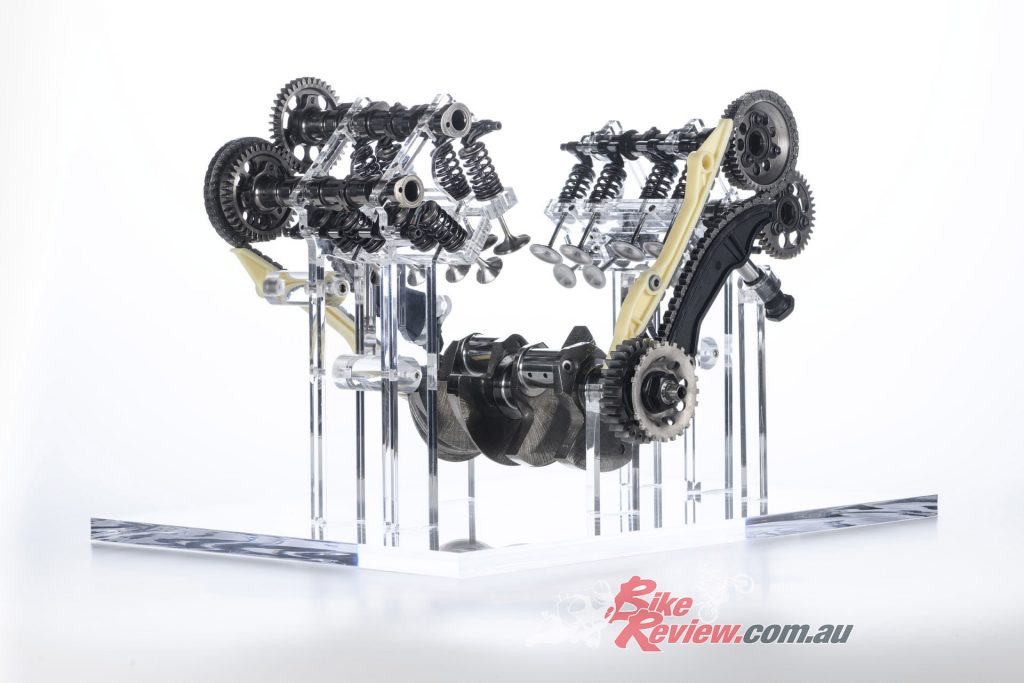 Built with latest-generation technology as well as first-in-class materials available, in order to guarantee both durability and reliability, the V4 Granturismo stands out for its record-breaking maintenance intervals for a motorcycle engine.

The engine was presented to the public with a video in which Claudio Domenicali – Ducati CEO – and the engineers and technicians who followed its development reveal all its secrets and features to the Ducati enthusiasts. Check out two videos below…

Ducati say that every single technical choice made during the development of the V4 Granturismo project had the aim of ensuring maximum fluidity of operation combined with a substantial extension of maintenance intervals. The new distribution includes a traditional spring valve return system, that brings the valve clearance maintenance interval of the V4 Granturismo to 60,000km. 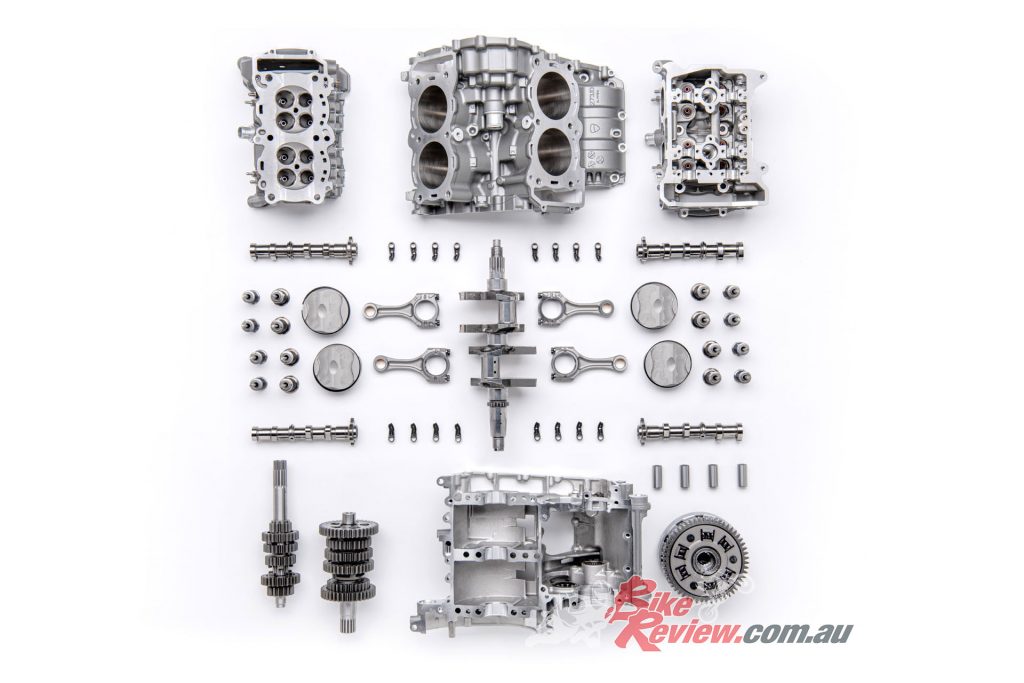 Figures obtained were thanks to the in-depth expertise Ducati acquired in the use of materials, treatments and technical solutions developed around the Desmodromic system. All this, applied to a spring valve return system which stresses the components less when compared to the Desmo, brought to set an outstanding milestone never set before by a motorcycle engine. 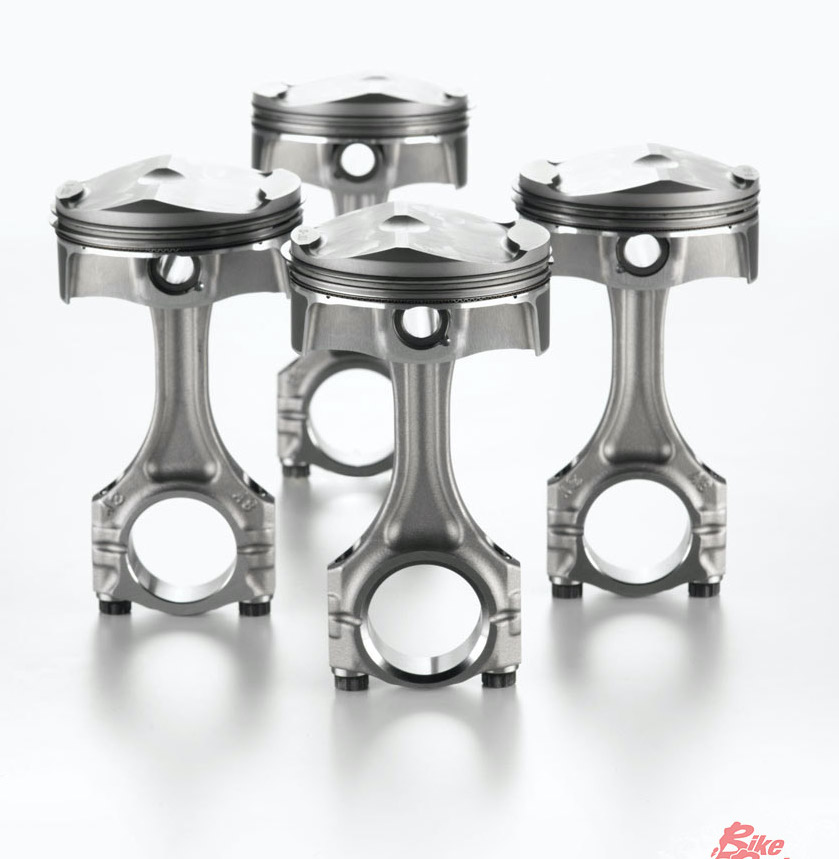 In addition, Ducati state the engine has great regularity of operation at low revs and low loads, without forgetting the outright performance, power at high revs and the reach of an authentic sports engine: The V4 Granturismo delivers 125kW(170hp)@10,500rpm, and 125Nm(12.7Kgm)@ 8,750rpm. All this respecting the stringent Euro 5 homologation norms. 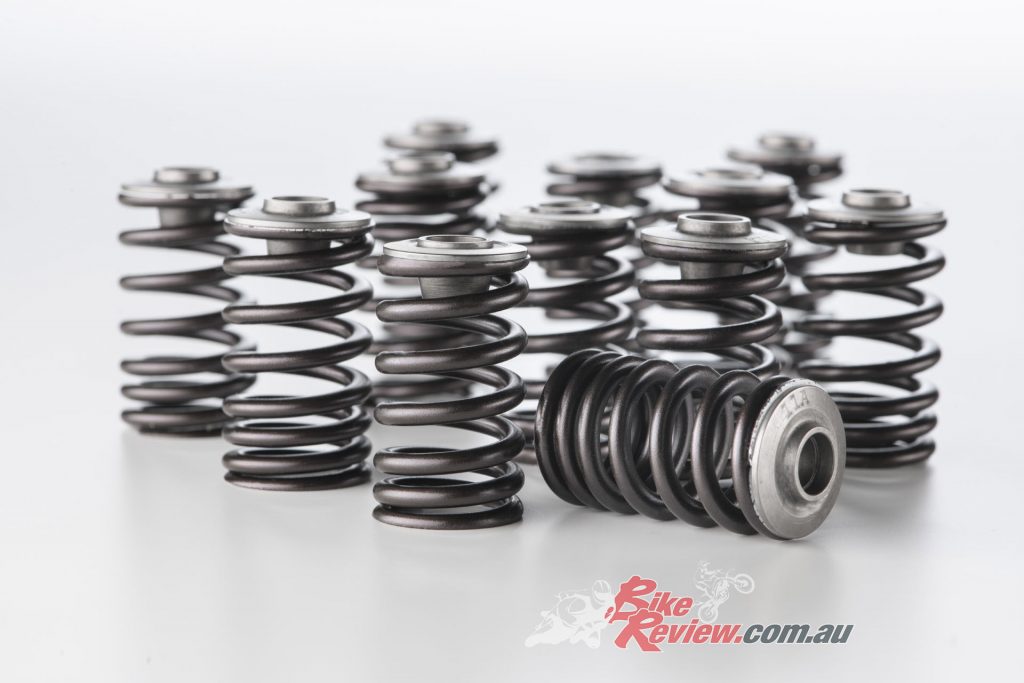 With a weight of 66.7kg, the V4 Granturismo can boast a record lightness, being 1.2kg lighter than the Testastretta twin-cylinder used on the previous Multistrada 1260. The 1158cc displacement came out as being the perfect point of connection in terms of performance, lightness and dimension of a V4 engine, capable of being incredibly light and compact.

Compared to the previous generation engine, the V4 Granturismo is 85mm shorter, 95mm lower and only 20mm wider. This compact layout allowed Ducati engineers to house the engine in the frame more effectively and centrally in order to positively influence the position of the C of G, with the benefits.

The V4 Granturismo inherits some elements derived from the experience gained by Ducati in the racing world, such as the decision to adopt a counter-rotating crankshaft, which improves the handling and agility of the bike, and to exploit the ‘Twin Pulse’ technology, Ducati say, capable of offering a full-bodied but perfectly manageable power delivery at every speed. 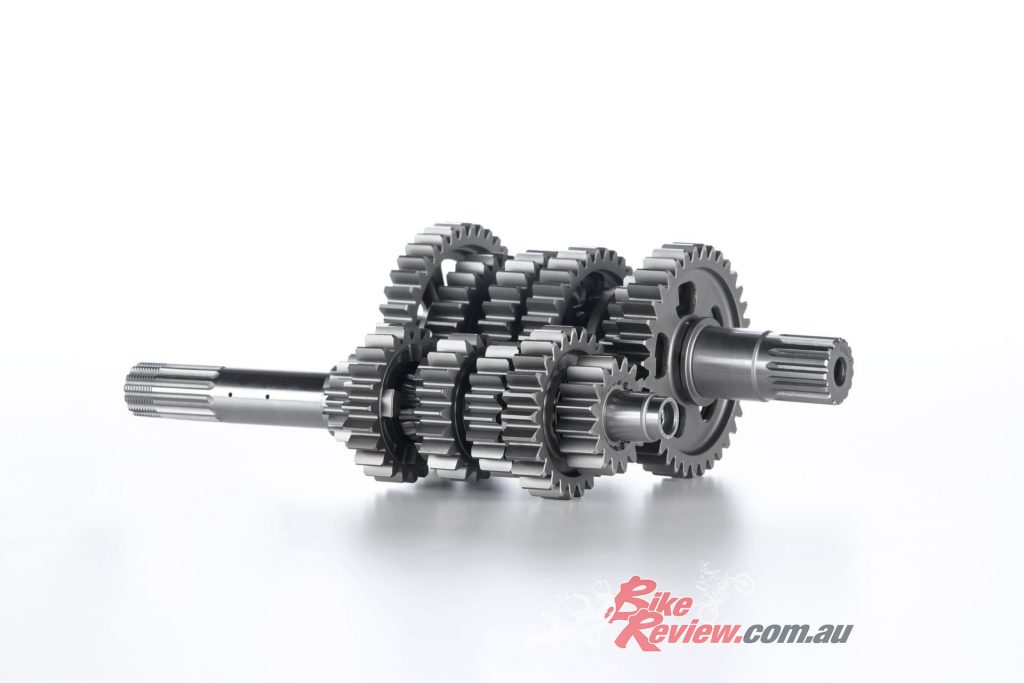 To avoid being cooked by the rear cylinders, due to the heat transmitted by them, the V4 Granturismo adopts the strategy of deactivating the rear bank at idle. In this way, when the bike is stationary, the combustion process in the cylinders is halted and this improves the thermal comfort of the rider and passenger thanks to the lowering of temperatures while simultaneously reducing fuel consumption. 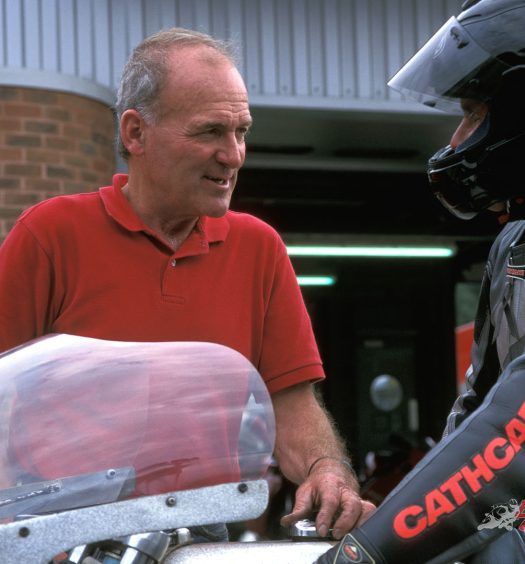 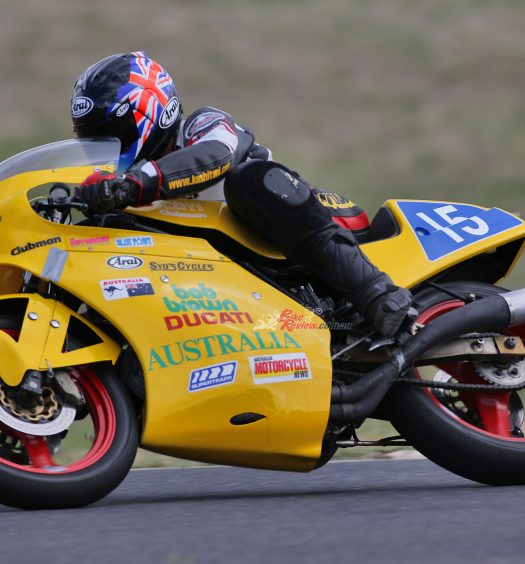