Kawasaki’s Versys 1000 SE arrives in Australia purely in the up-spec model in 2019, boasting a full electronics package including electronic suspension, making for a premium touring option based on that sensational in-line four-cylinder powerplant.

Here we take a look at the overall package on offer and have a chat about general ridability and impression after spending some time with the Versys 1000 SE. This particular machine features a host of extra Kawasaki accessories, which you can find listed below in the Tech Talk section which gives a run down on this model.

You’ll also be able to check out the full written review shortly. 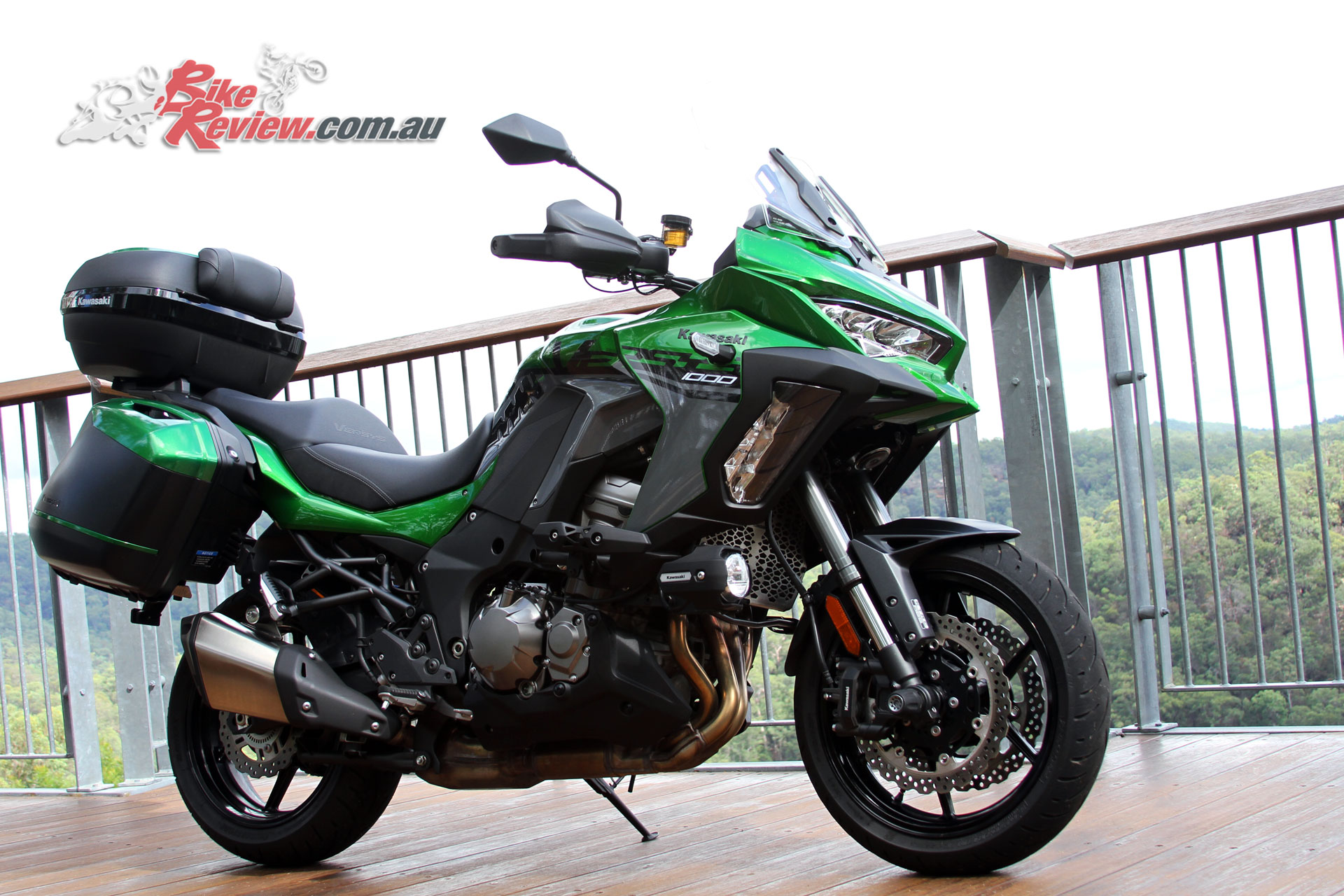 Kawasaki’s 2019 Versys 1000 arrives in Australia this year with just the SE model imported, meaning a host of additional features included but without the option of a cheaper standard model.

The highlights of the 2019 Versys 1000 SE include the full colour TFT LCD screen and high end electronics package with smart phone connectivity and management via ‘Rideology The App’, Kawasaki Electronic Suspension (KECS), plus the Highly Durable Paint in Emerald Blazed Green with Pearl Storm Grey. 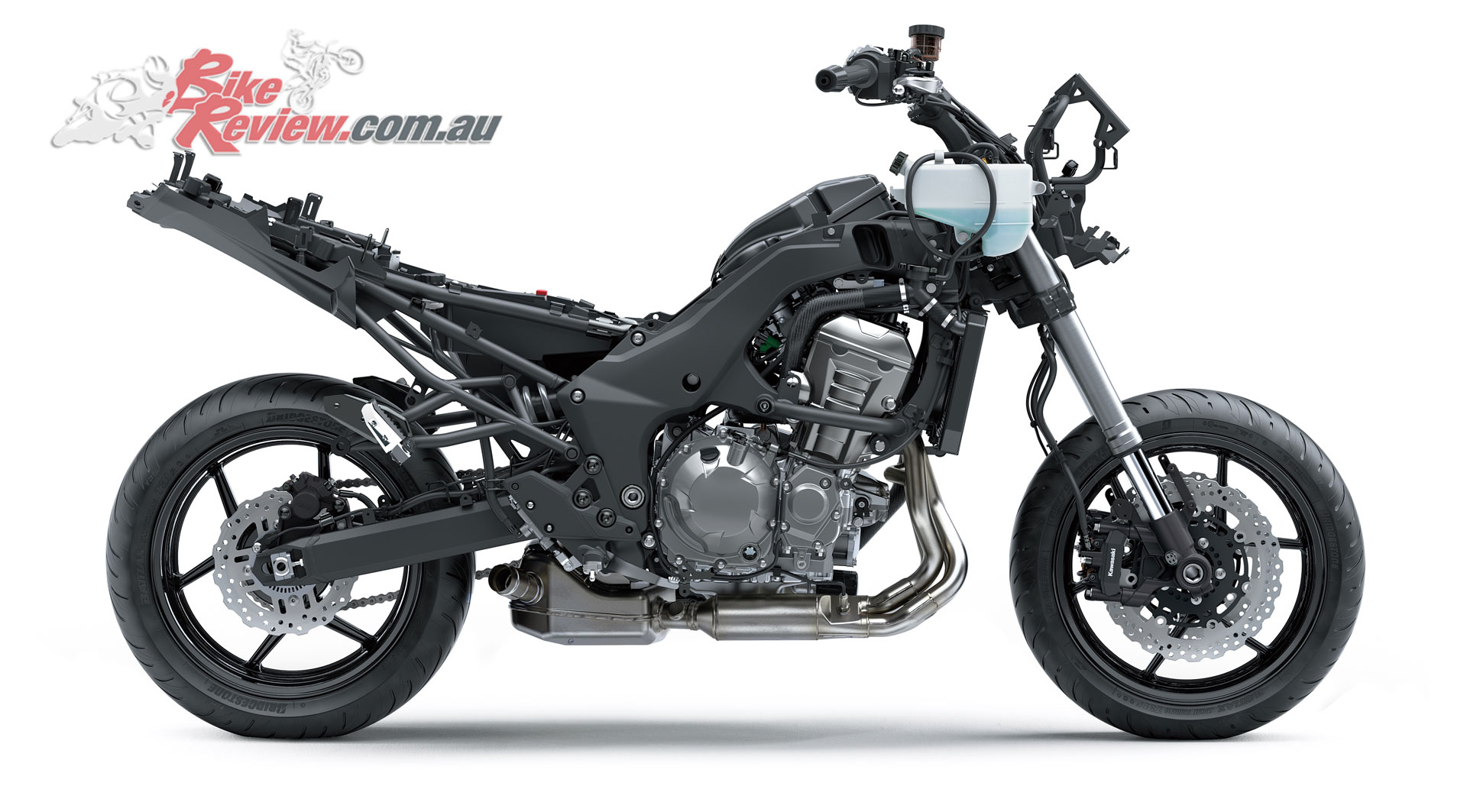 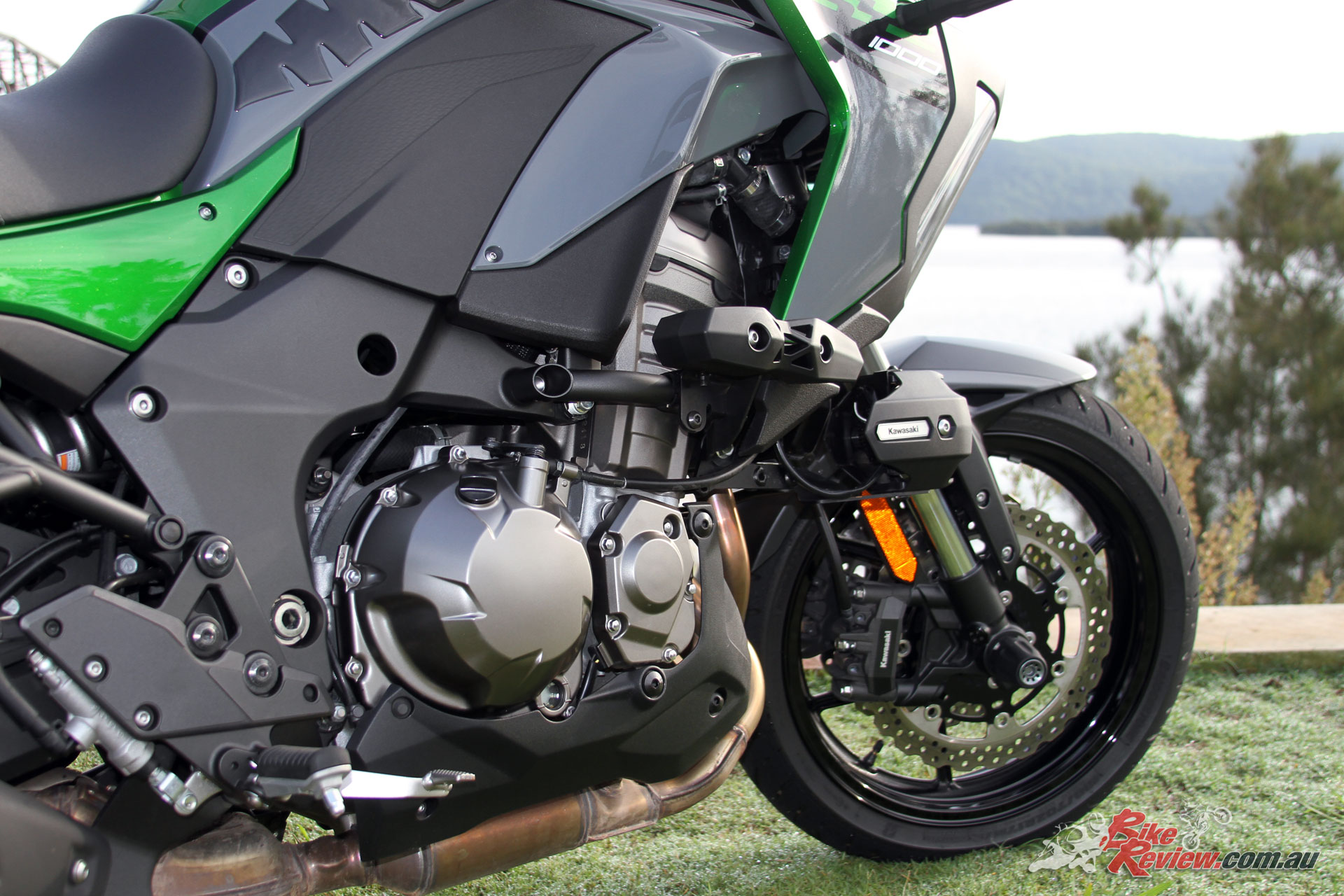 The Integrated Riding Modes offer three presents and a Rider mode which can be manually adjusted to control the various electronic systems, with smartphone connectivity and the ‘Rideology The App’ allowing riders to make easy changes via their phone, as well as tweaking settings then pushing those settings to the bike.

As mentioned cruise control is featured standard, as is the KQS or Kawasaki Quick Shift system which allows seamless up and down shifting without the clutch, but which operates above 2500rpm. 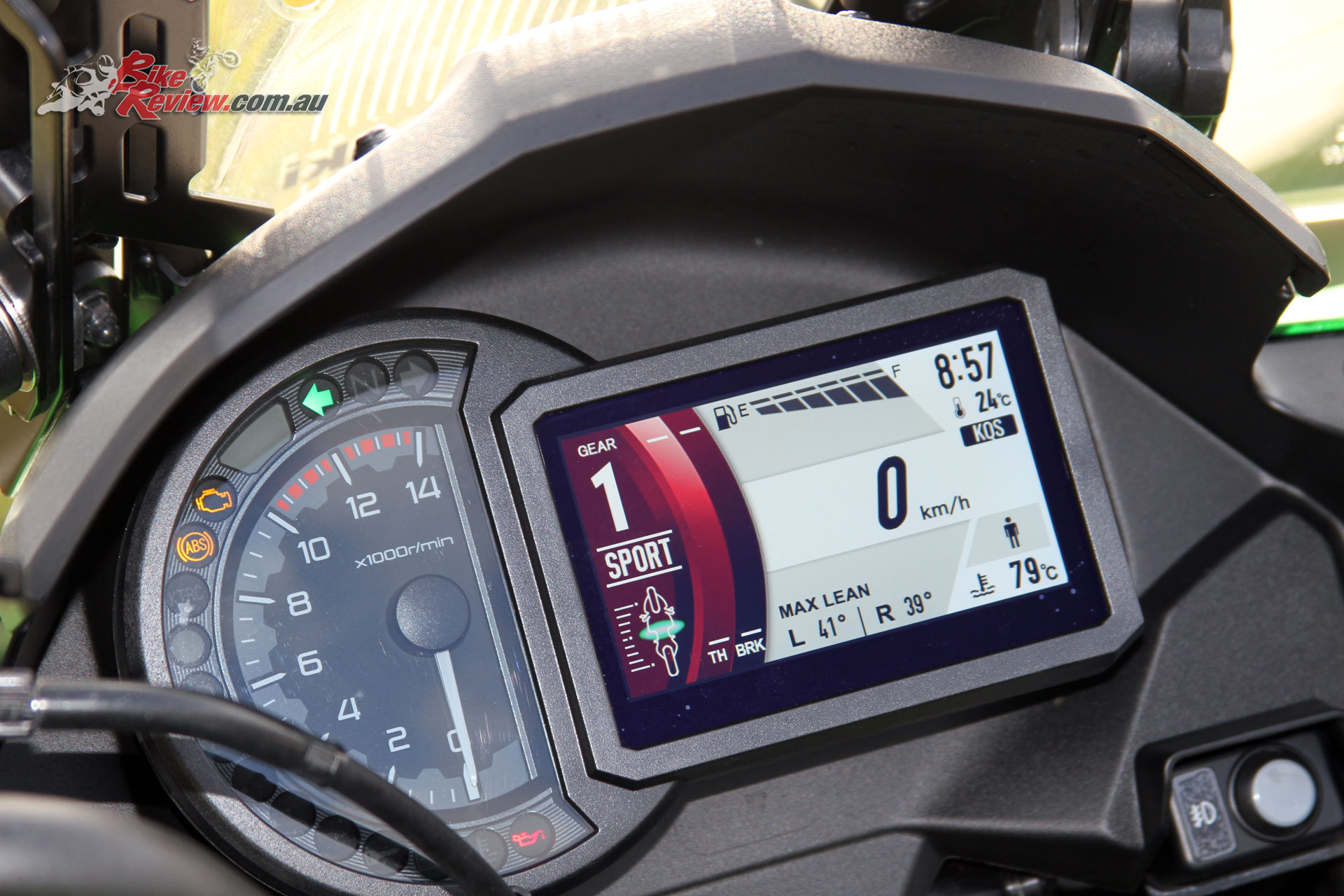 For those not using a phone and the app, a full colour TFT LCD dash offers two display modes and a black or white background option, as well as including auto brightness, and is controlled via the quite busy switchblocks, but in a relatively user friendly manner.

Brakes are dual four-piston radial mount calipers on the front with 310mm petal rotors, while a 250mm rear is slowed by a single-piston caliper, with both backed up by Kawasaki’s Intelligent Braking System (KIBS), which now includes cornering functionality. 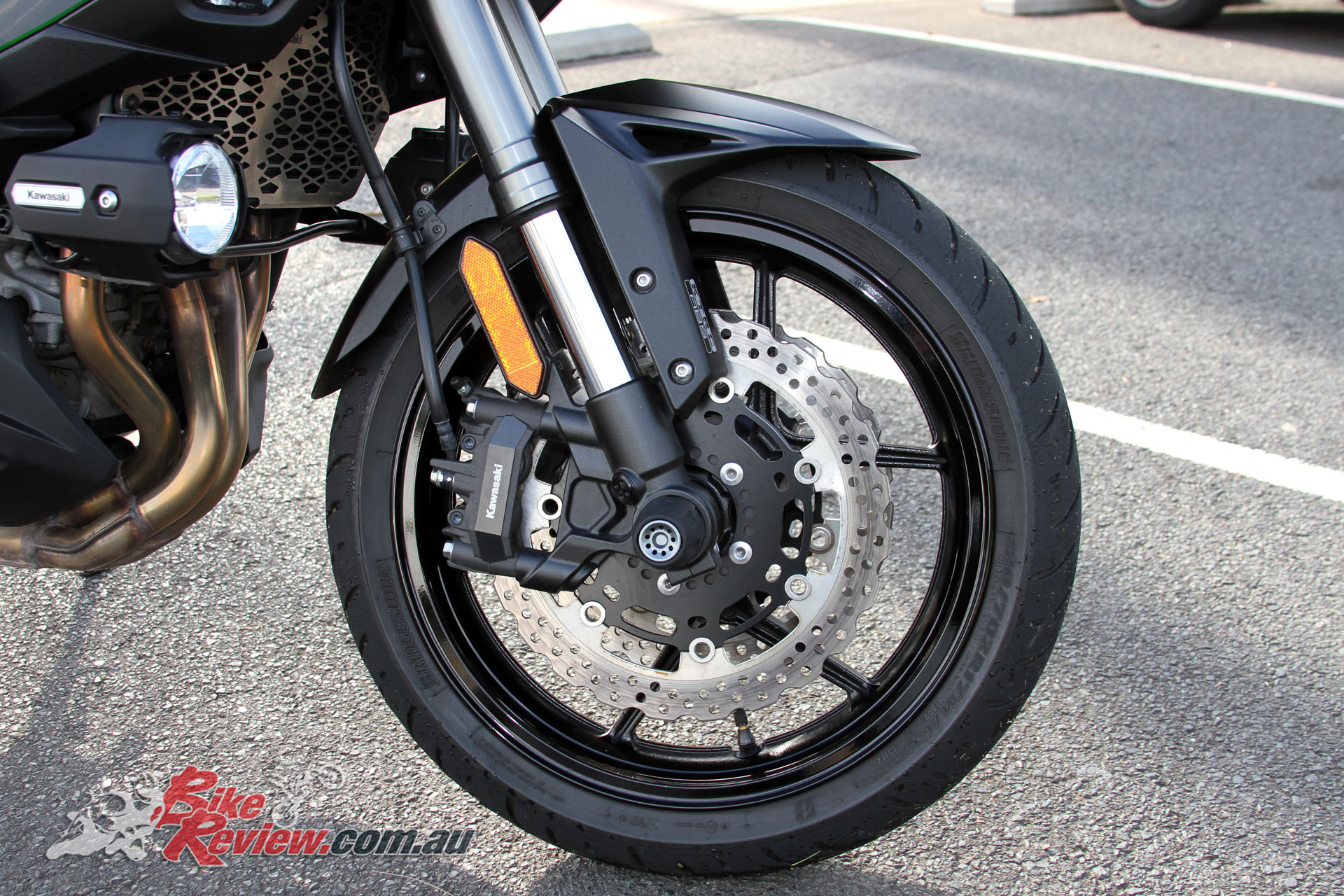 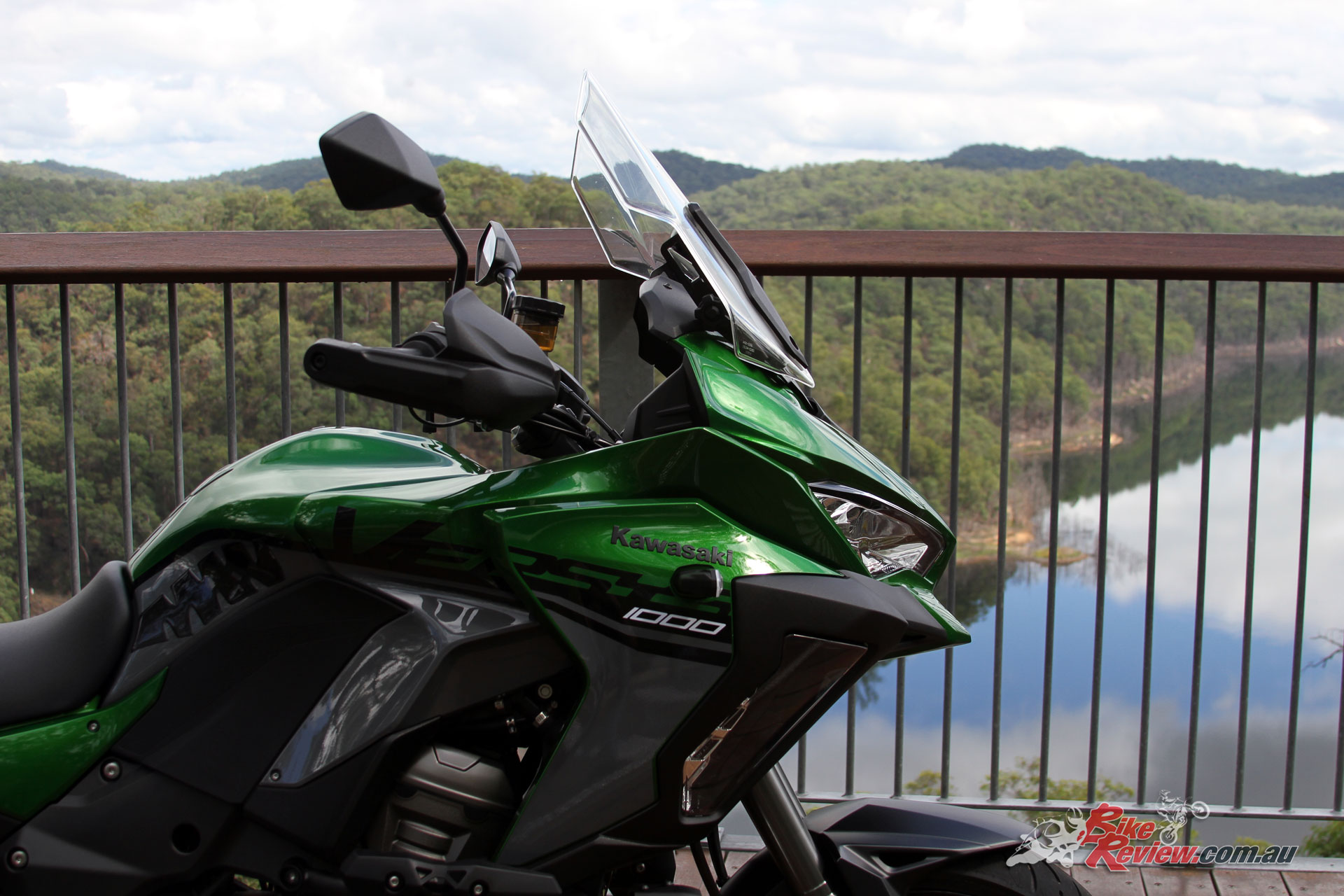 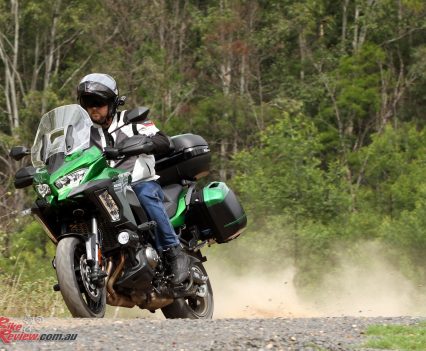 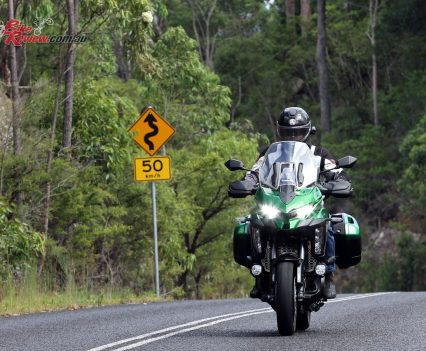 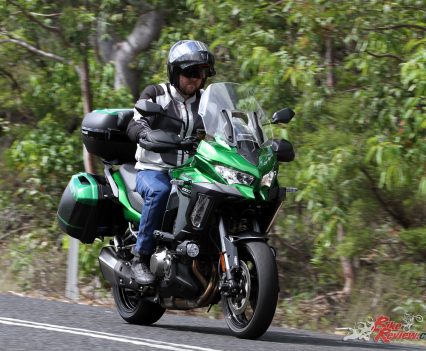 Kawasaki obviously didn’t set out to offer the higher figures on paper, however performance is refined and plentiful 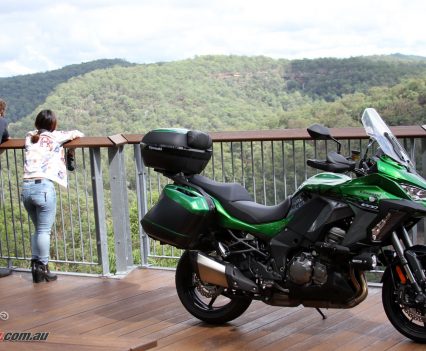 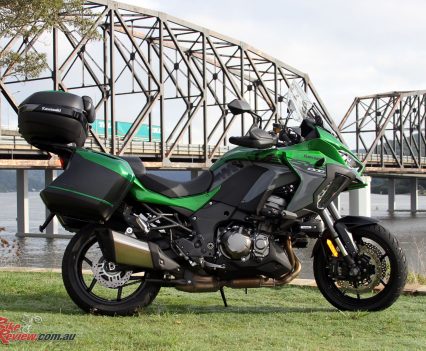 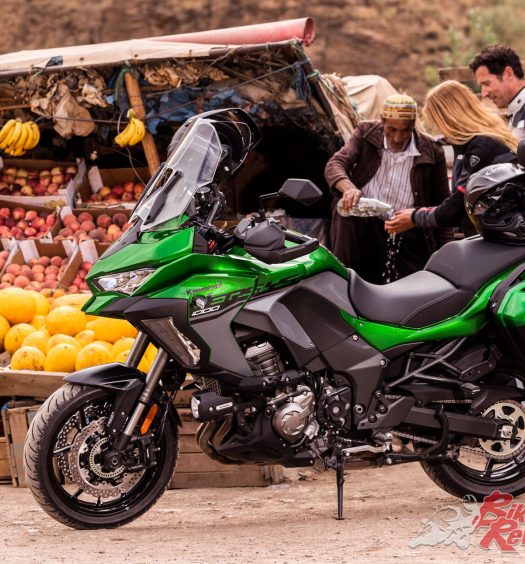 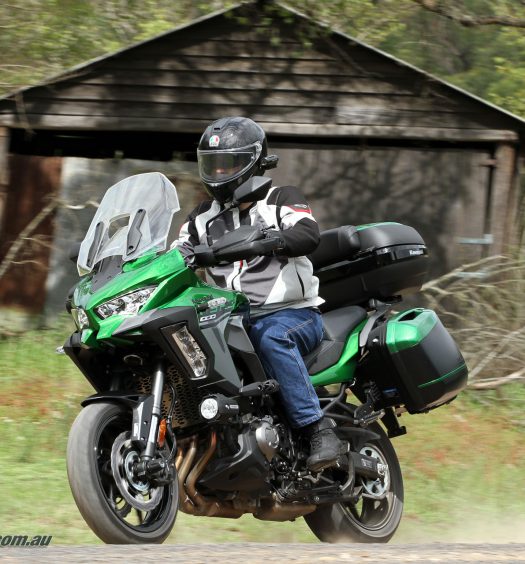 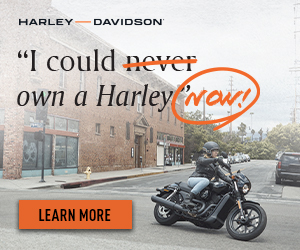