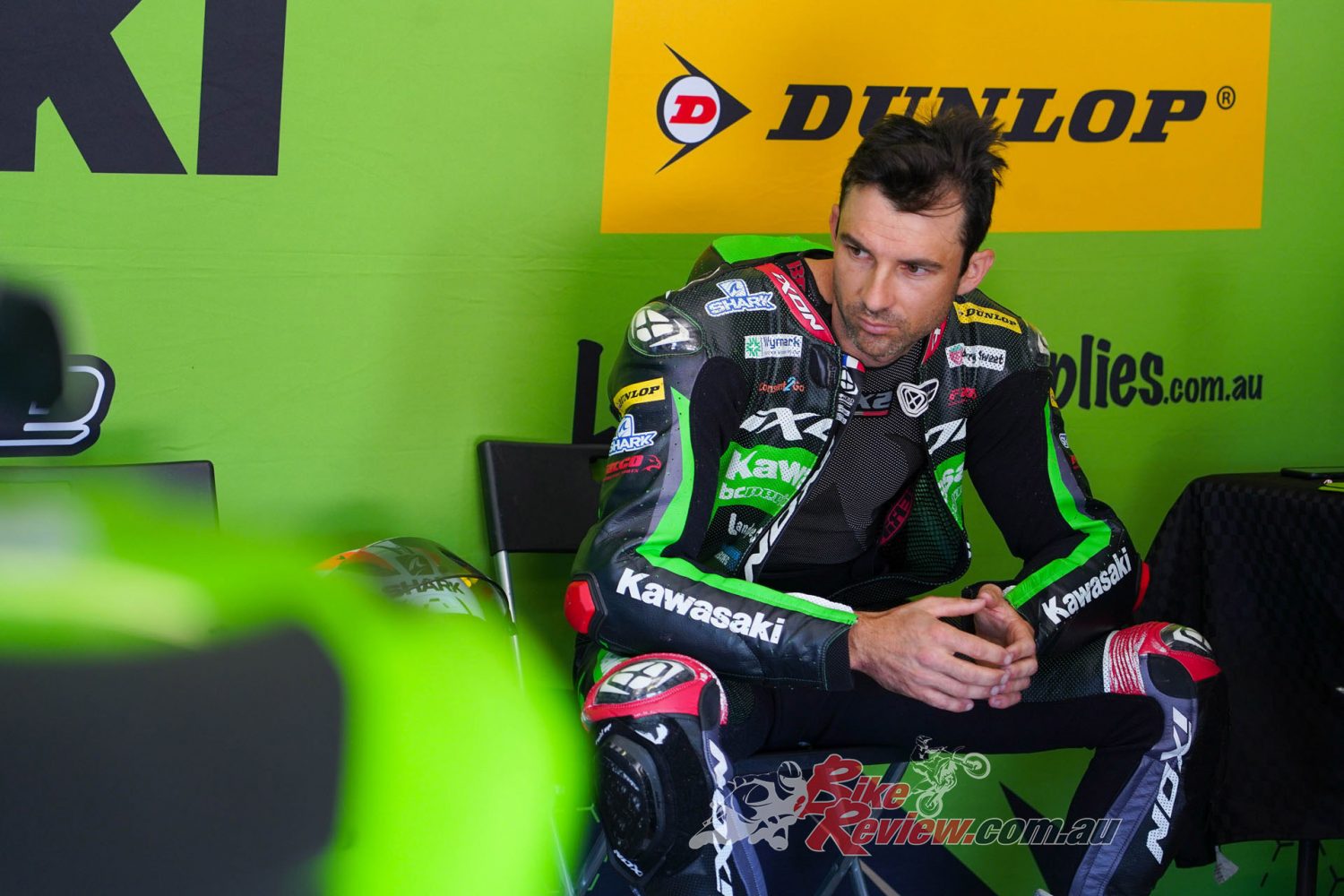 G’day BikeReview readers, I’m hoping some of the people who will read this column might have followed my Staring columns through Rapid Bikes mag then BikeReview a few years ago. I wrote a monthly column for Jeff for around seven years, until 2016. 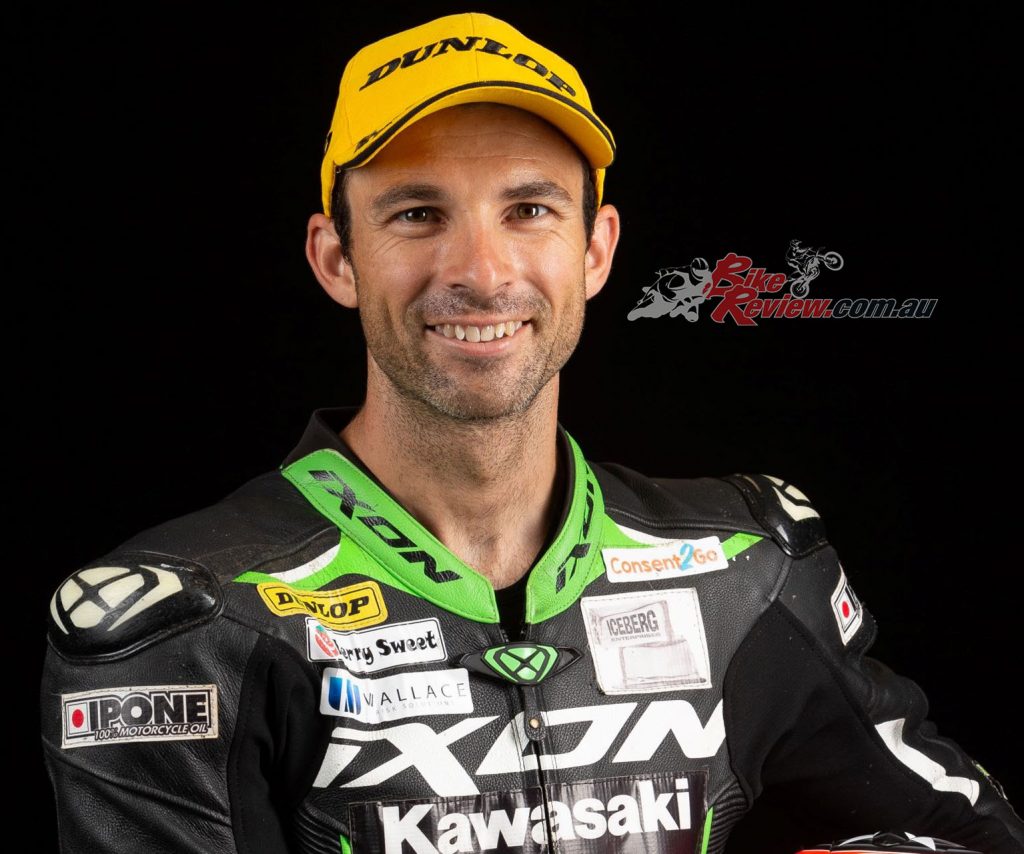 Now those days feel like they were a lifetime ago, like I was living as a different man back then. Reflecting on it now, it was another life back then. If you’re stumbling across this article now and have never heard my background, I’ll give you a brief rundown…

I can win races again. We have a new superbike this year that I will explain in detail next month.

I’m a Superbike racer for Kawasaki BC Performance in the Australian Superbike Championship. I’ve won the ASBK championship previously, however, it is now over 10 years ago. In the last 10 years I’ve returned from a six-year stint in Europe racing in a number of different categories of the World Championship. I spent most of my years there racing in a development championship for young riders called World Superstock (this championship no longer exits which is a huge disappointment, many of the riders went on from that series to achieve incredible things. The most recent and well-known would-be Danilo Petrucci). 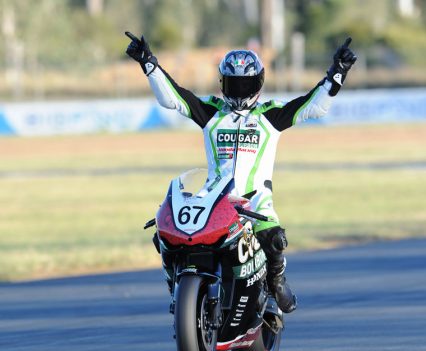 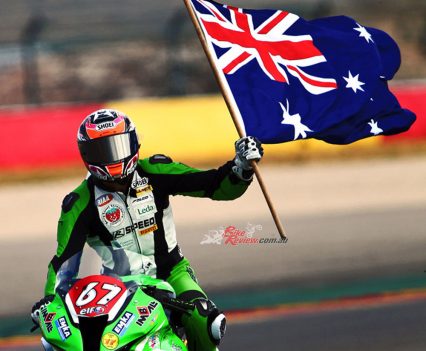 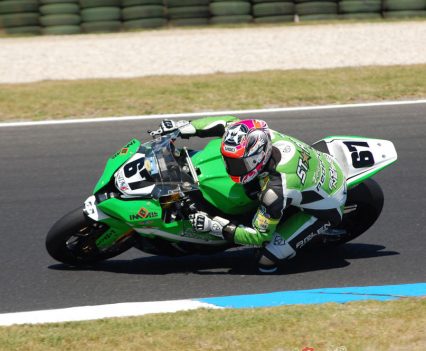 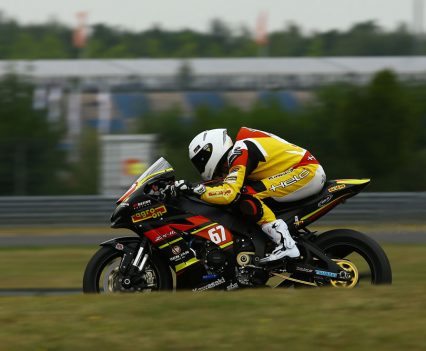 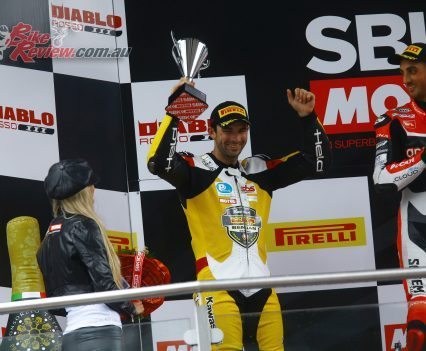 I raced a season in World Superbike. I didn’t start the season until a few rounds in, I was in recovery mode from having a disastrous time in MotoGP. Whilst many would consider MotoGP to be the highlight of my career, my experience there was far from a highlight. After which I’d struggled to get myself a decent seat, which is why I started the season late. I was waiting in Europe knowing that at some stage someone else’s misfortune would provide me an opportunity. I didn’t wish misfortune upon anyone, but in motorcycle racing riders get hurt or teams are often unhappy with underperforming riders, so things can change, sometimes after just a few races. 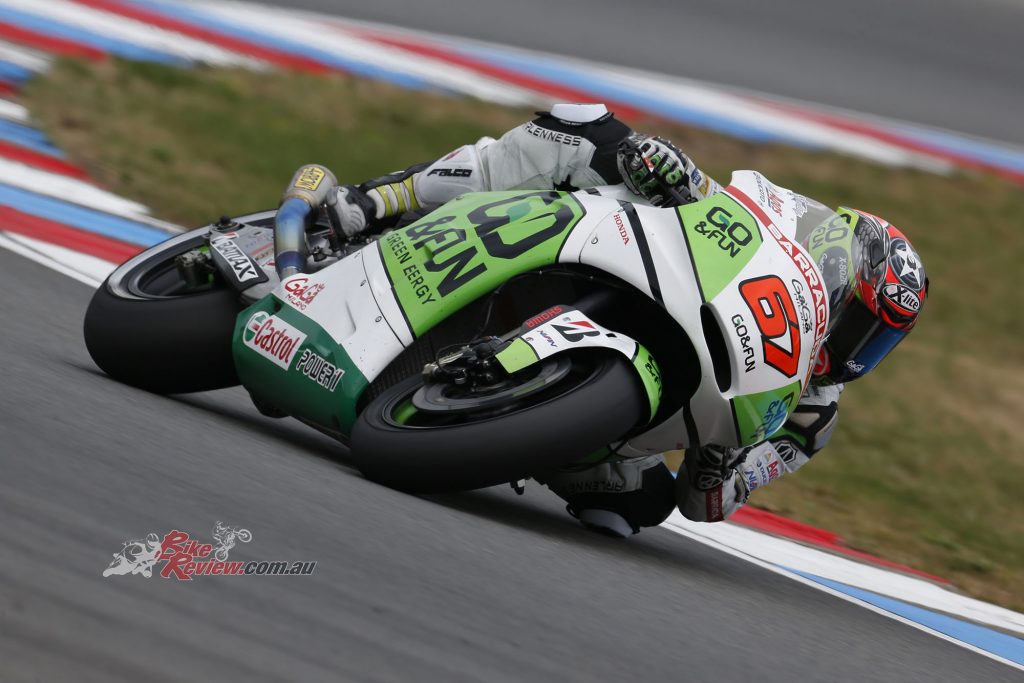 Bryan on the Go & Fun Gresini Honda at Brno, round 11 of the 2013 MotoGP World Championship.

Overall, I did well in WSBK considering the equipment I had. I had one decent offer on a reasonable bike to continue there again, I now wish a took that opportunity. Instead, I returned to Superstock where I had a good relationship with Kawasaki, I was the top priority, but I needed to win. Well, things changed with regulations that season and the Japanese bikes weren’t competitive, plus I had huge dramas with arm pump. 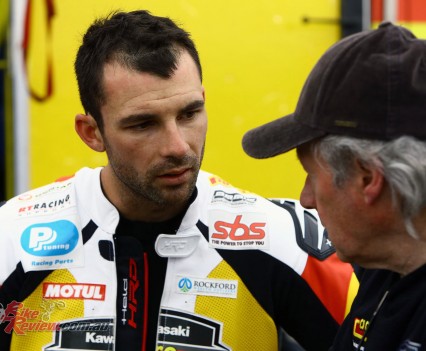 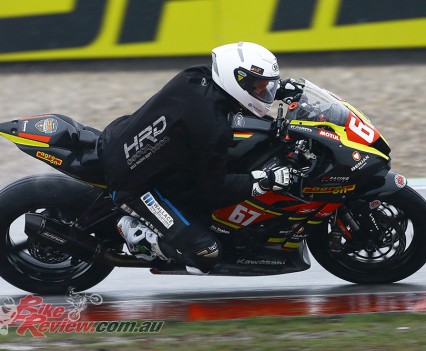 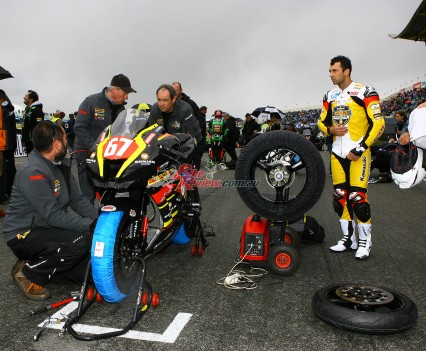 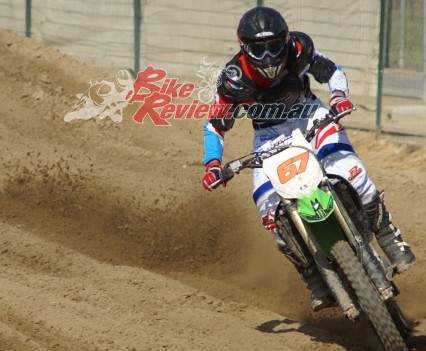 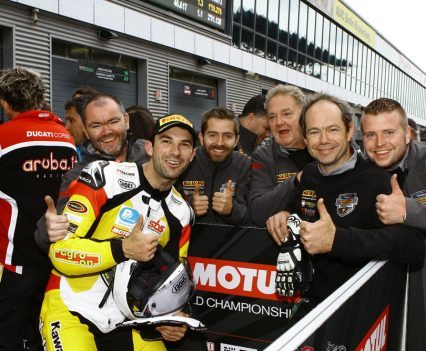 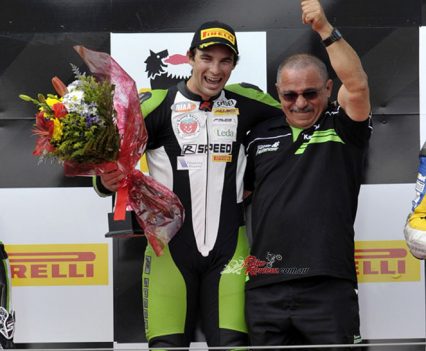 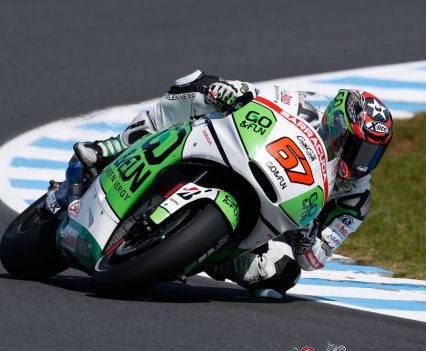 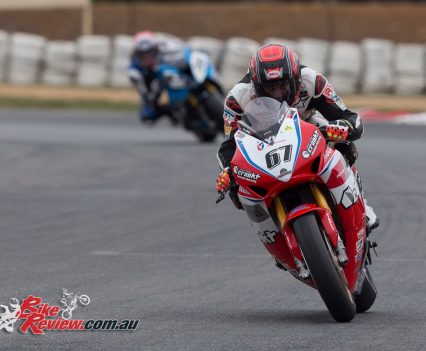 I needed that season to get my career back on track, but I had become just another top 10 rider. I lasted another year after that, but I was flogging a dead horse. I couldn’t recreate the magic I had shown in 2012 that started the rollercoaster of a life in sport. 2012 remains my favourite season of my whole career. I started as an underdog, found my feet in the middle and destroyed the competition after that. It wasn’t enough to win the world championship, I blew that with a crash from the lead in Germany. It was easily the most exciting time of my racing life. 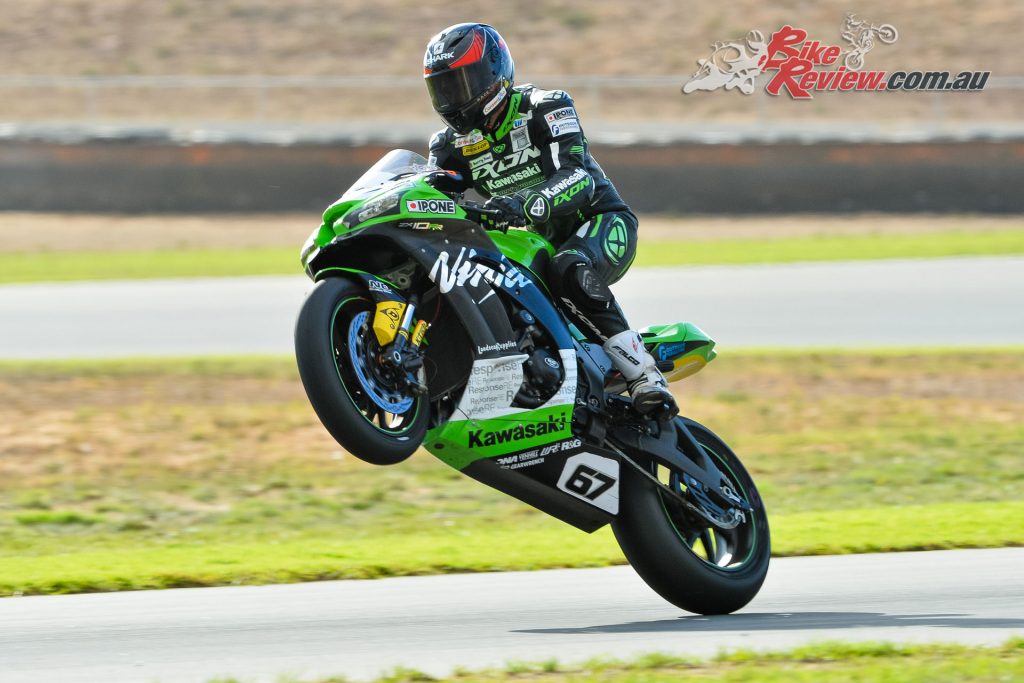 That paragraph is an incredibly abbreviated version of what was a huge story. One day I might write a book, not that I’m any sporting celebrity, more because the background stories to how life works as a struggling professional athlete living in Europe, being self-managed (whilst I had some great advisors along the way), making my own way to the top, then winding all the way back down again, dealing with injury, threatened with lawsuits, being ripped off a beauty (time after time). 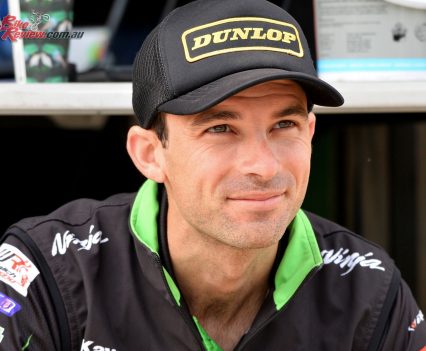 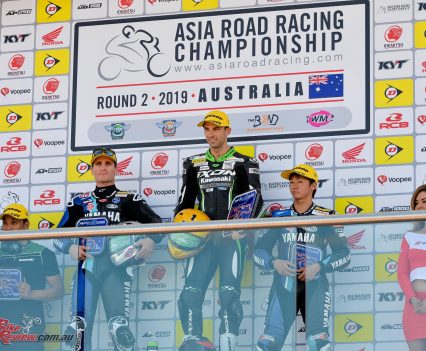 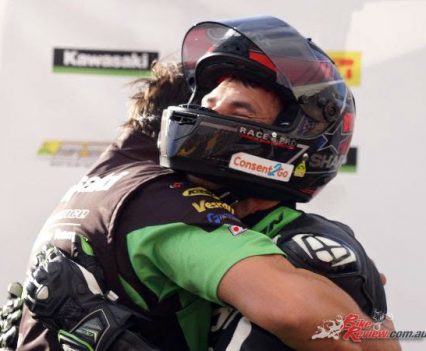 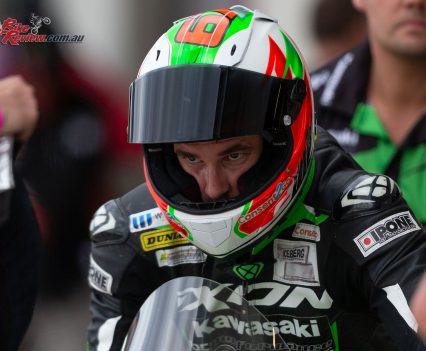 They are more of the untold storied that I think people might appreciate. If someone wanted to read about a winner, they’d read about Troy Bayliss or Mick Doohan. Personally, I’d like to read about Garry McCoy’s story, or Steve Martin, or even Matt Mladin. Whilst they all had some great success, why didn’t they get further? And what happened in the background of the ‘also ran’ teams that they rode for? And their life in Europe, especially before the internet was so accessible. The top riders deservingly get all the attention, although I think the stories from the riders who weren’t as successful could be equally as interesting for most fans out there to read about. 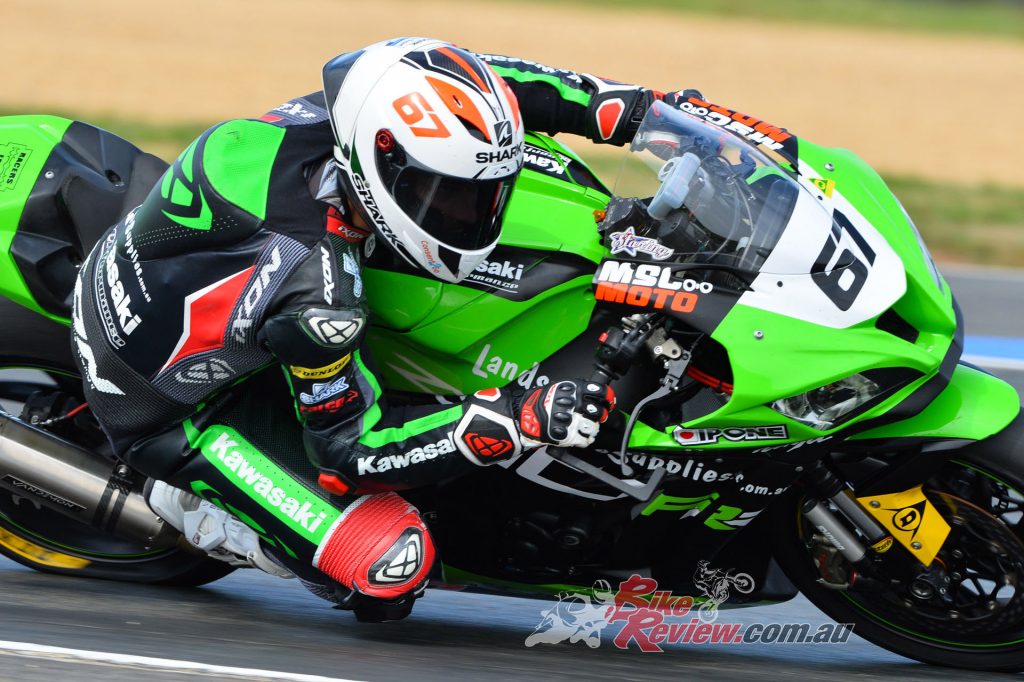 Fast forward to 2021, I’m happily home racing in Australia and living in Perth. I’m 33 years old, maybe not the risk taker of my early 20s, but far more calculated and knowledgeable. I’m still fast, when we crack the code to our Kawasaki/Dunlop package I can win races again. We have a new superbike this year that I will explain in more detail next month. Hopefully in which time I will be reciting the results of round one of ASBK on February 20. Until then I hope this column has either been some insightful revision, or a welcome to what I hope will be an interesting read from the perspective of an old racer who loves his job and loves to compete. 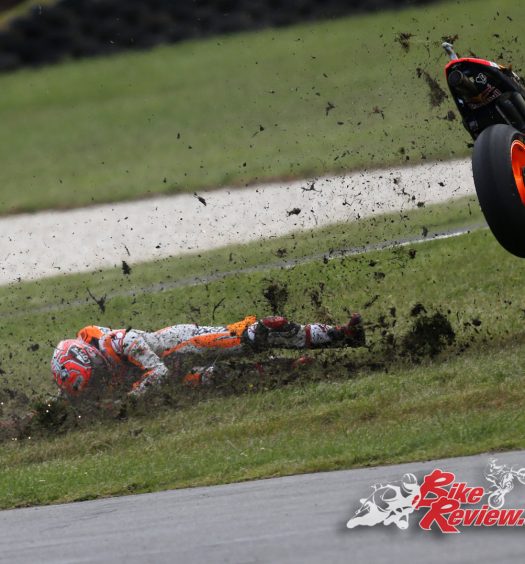 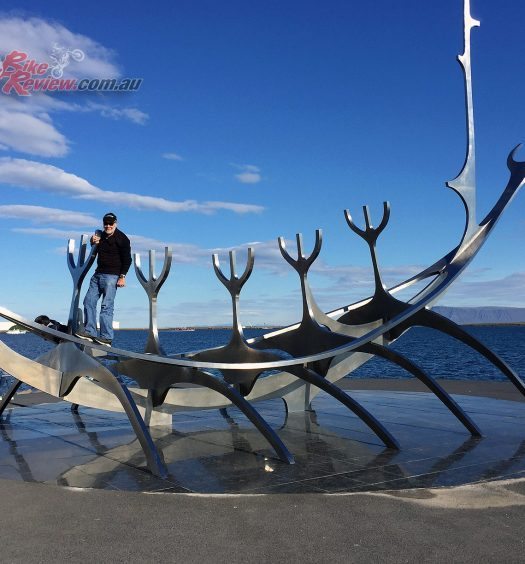