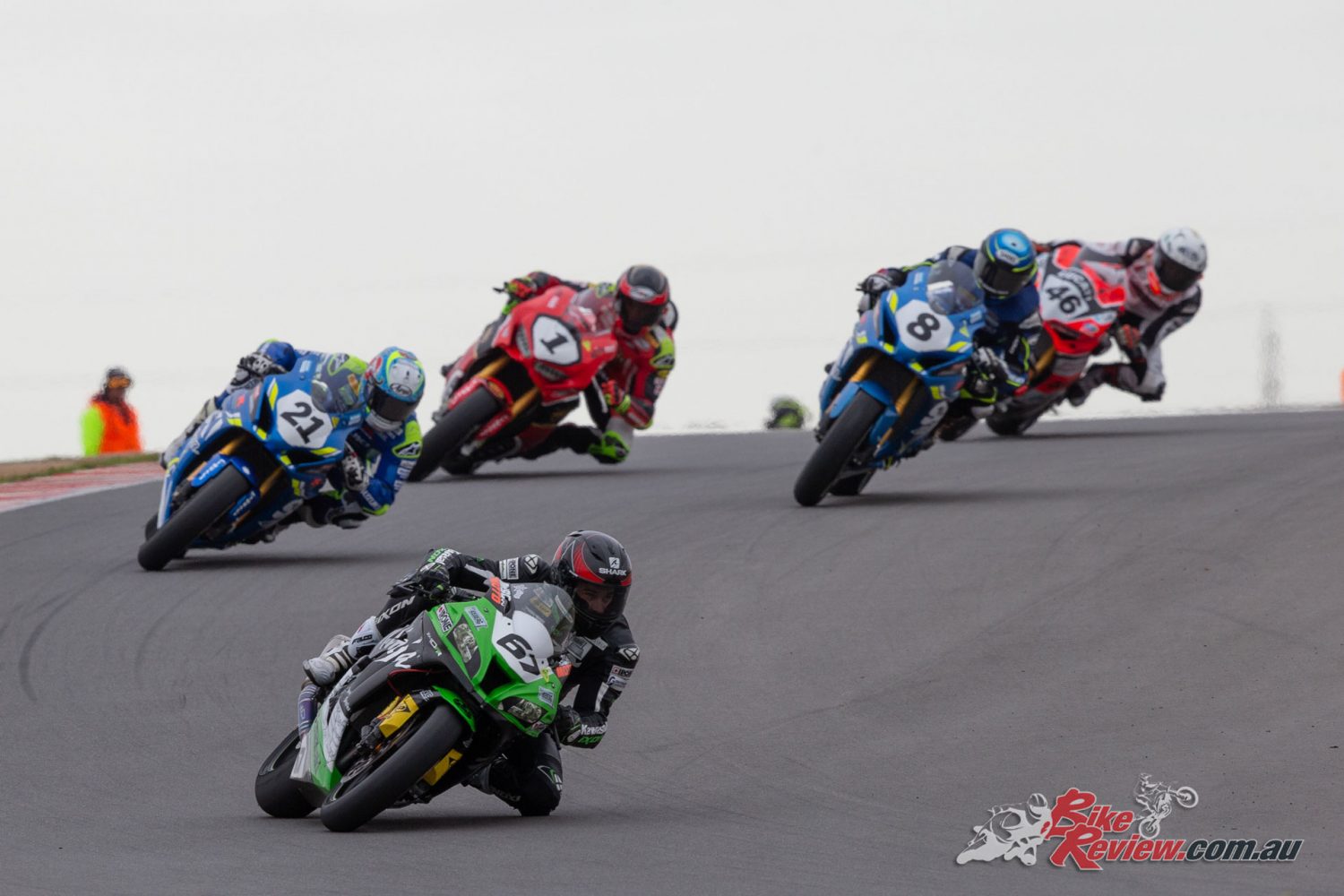 G’day. Home, it’s a subjective term to many. For me, I love what it represents. There was a time in my life where I was desperate to leave for an adventure outside of Perth. Now days there’s little that makes me happier than being home. Maybe a ZX-10RR! 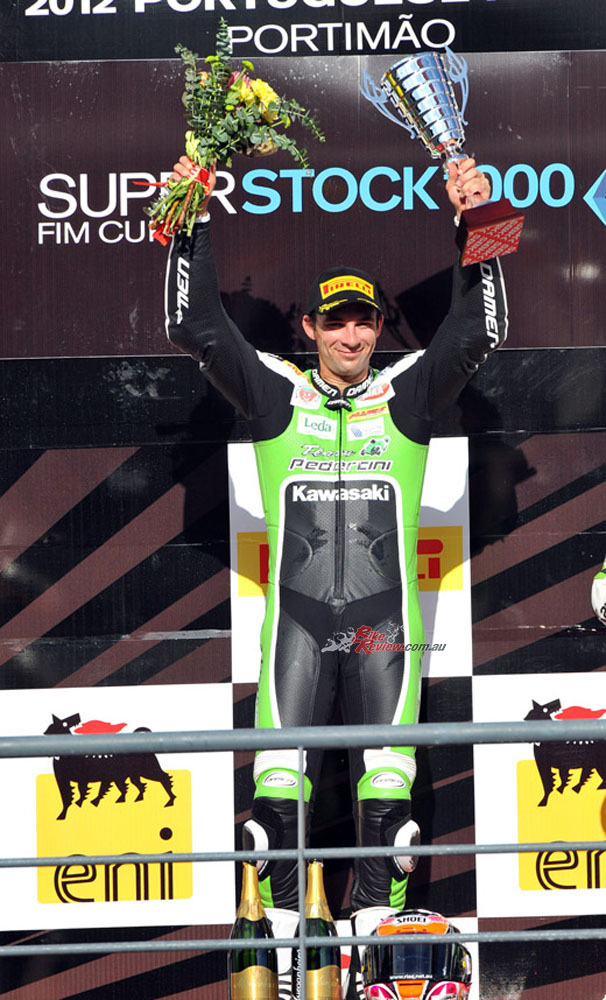 Bryan Staring had great years racing SSTK 1000 in Europe, mostly for Kawasaki teams. Here he won at Portimao in 2012, his third victory of the season at the time. Check out the video…

Being home with my partner, in my house, at my work, on my local training courses are all things I appreciate. Even when I lived in Europe I always ensured I had a strong base to return to. Later in life I’ve realised what I enjoy about it, it’s routine. Routine gives me a platform to work from, gives comfort and structure to improve or tackle little goals. I guess that’s why I enjoyed 2020, I’ve never been home so much since I was at school.

I’m currently on the east coast in preparation for our first test on the new 2021 Kawasaki ZX10RR. This test and race period here will see me be away for anywhere between 4-7 weeks depending on border closures.

In saying that, of course, I don’t dislike going away. I love travelling to compete or go on holiday, variety is what keeps life interesting and gives appreciation for routine. What will 2021 be? So far it has challenged my routine. As well as many others, I will need to become comfortable with being away for extended periods. I’m currently on the east coast in preparation for our first test on the new 2021 Kawasaki Ninja ZX-10RR. 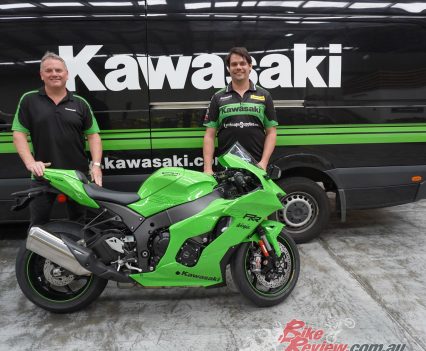 Bryan and BC Performance team up again for 2021. 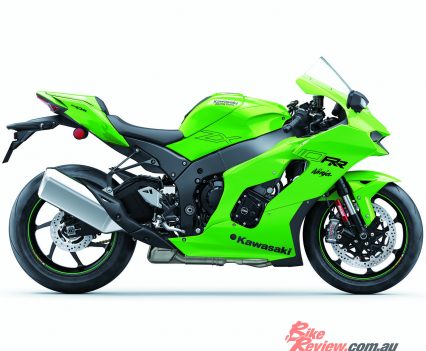 Bryan is waiting on more race kit parts for the ZX-10RR.

This test and race period here will see me be away for anywhere between four and seven weeks depending on border closures. On top of that, I just spent two weeks in Sydney in preparation for the cancelled Phillip Island Round 1. What an annoying few weeks they were, not because I didn’t enjoy Sydney (I loved it as I had a loan Z900RS from Kawasaki Australia to burn around on), I spent two weeks there because after Perth went into lock down on Feb 1 I needed to leave the State pronto to ensure I’d been two weeks in a ‘green zone’ to be accepted into Victoria for the event.

Fortunately, I found a loophole in avoiding the mandatory hotel quarantine in Victoria by spending these two weeks in Sydney first. The annoying part was that in the end, Melbourne went into lock down and Phillip Island was cancelled. I returned to Perth as soon as I could. I stayed one week at home before heading back again for the next events of the series. 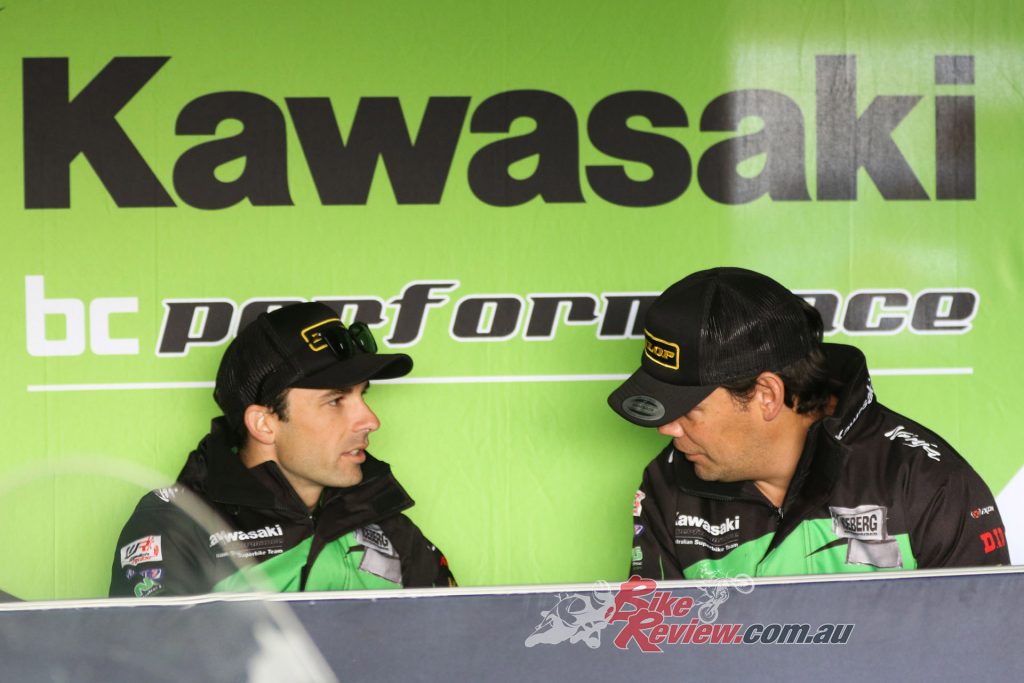 Being away for extended periods is difficult because you are dependent on others, friends and family to stay with, plus being away from work and my partner. The upside though, is for the first time in over 12 months we’ll actually spend some time on our race bikes. With all the excitement around the new machine, this is a highly anticipated period for us.

The other bonus is I get to catch up with people that it’s normally difficult to see and get some variety back in my training and preparation. Strangely enough, I will spend a major amount of my time away with Ben Henry who runs the Desmosport Ducati outfit. Ben and I are both WA boys and were best of friends long before we were in opposing teams.

“Whilst we are still waiting on some Kawasaki kit parts to arrive, we have the foundations of a great new bike together.”

If I’m honest, we have been slightly fortunate that the first race was postponed. Brand new model bikes combined with racing in February have always been a struggle (we were not the only team to feel some relief for a time extension). In fact, most new models don’t actually arrive in time for February racing, so kudos to everyone at Kawasaki who have supplied product to Australia so we can get racing. In saying that, without WorldSBK here this year, it would have been more convenient for the series to start in March or April to allow everyone to be further prepared and maybe shorten our series slightly. Our 7 round series is usually held over 9 months. 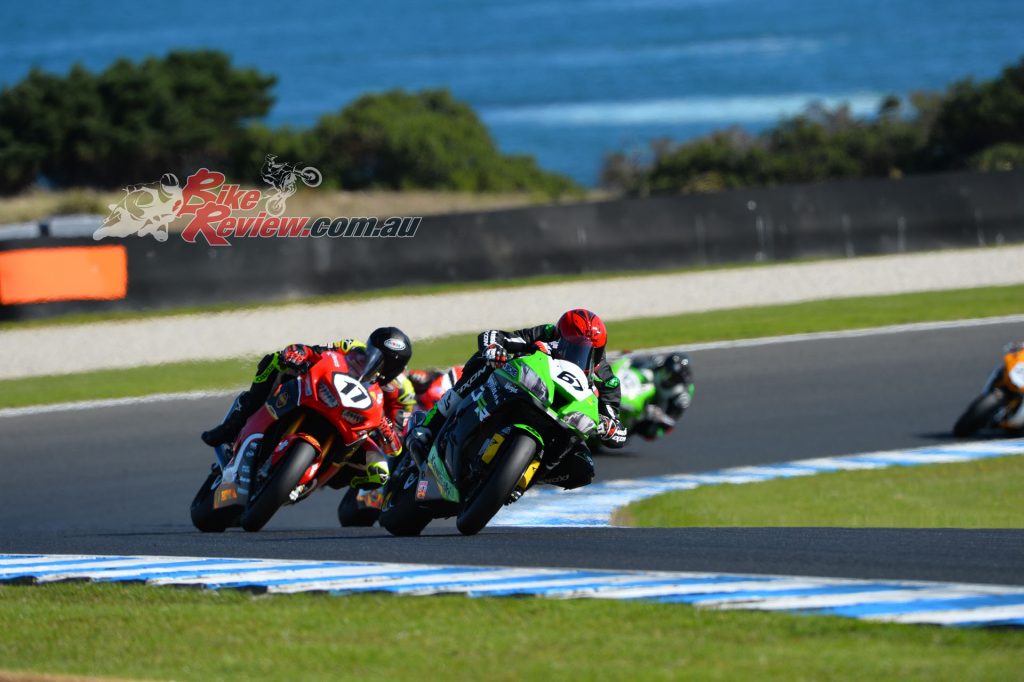 At Winton on 1-2 of March, we were a long way off the pace, we just didn’t have the parts yet that we need, so I’m a bit concerned about the Winton Round 1. As I write this I have a test at SMSP coming up, so hopefully that will help us get set-up. Whilst we are still waiting on some Kawasaki kit parts to arrive, we have the foundations of a great new bike together. 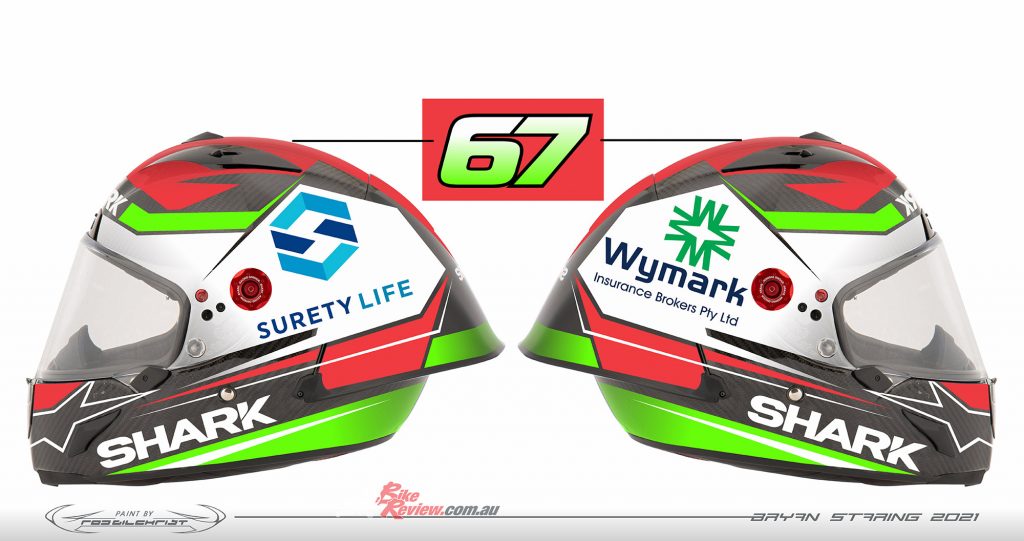 Other exciting things for me is that I’ve secured some new personal sponsorship from Surety Life, they’re a life insurance provider based in Melbourne who specialise in insurances for motorcyclists. The guys have written a few columns for BikeReview, check them out here… I’m told, we are all quite naïve to the exclusion policies of insurance surrounding motorcycling. These guys are experts in making sure we are covered. You might see their advertising here, which you can click on.

I’ve secured some new personal sponsorship from Surety Life, a life insurance provider based in Melbourne who specialise in insurances for motorcyclists.

I have a new leather suit deal this year with RST, the British company are hard at work now preparing suits for our first event. As always, Berrysweet Strawberries, Consent2Go, Wymark Insurance Brokers, Patterson Lakes Plumbing and Jet Freighters are behind me again, these companies make it possible for me to compete and I’m always appreciative of their support. 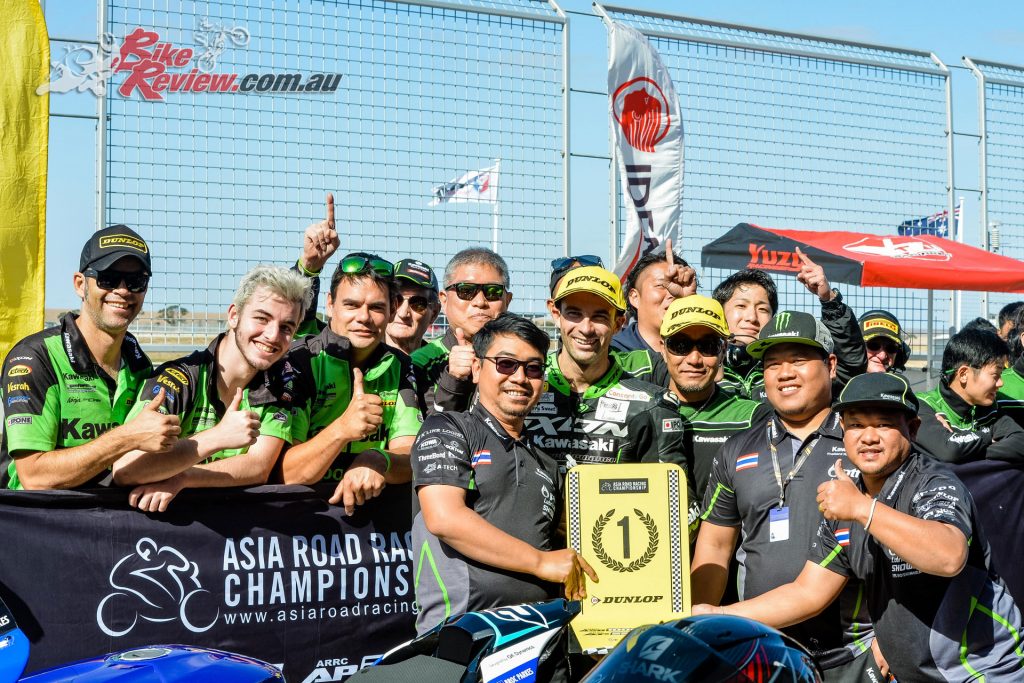 Finally, the next month might see me actually give some detail about the new bike, the start of the racing season and some real action rather than ‘prep talk’. As one of the older riders of the series, being away will take some more adapting. Thankfully I still love what I do and am surrounded by people who are generous enough to support me and make my time away very pleasant. Here’s to staying away, new routine, completing a job and moving on.

In case you missed any, here is a link to Bryan’s previous columns… Staring 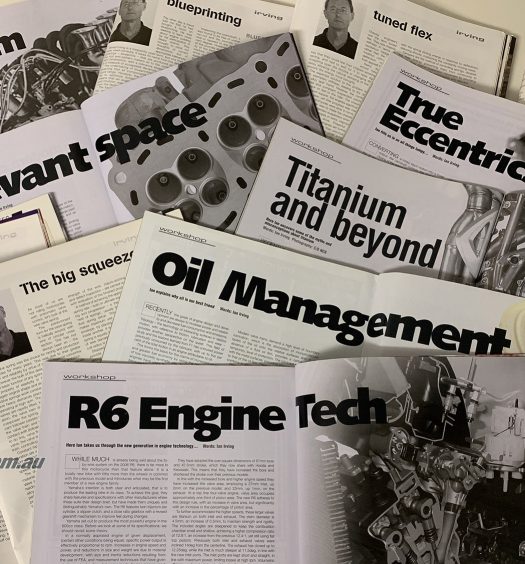 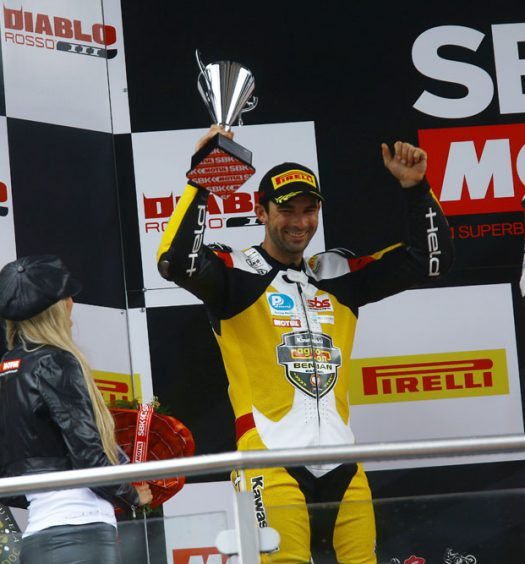