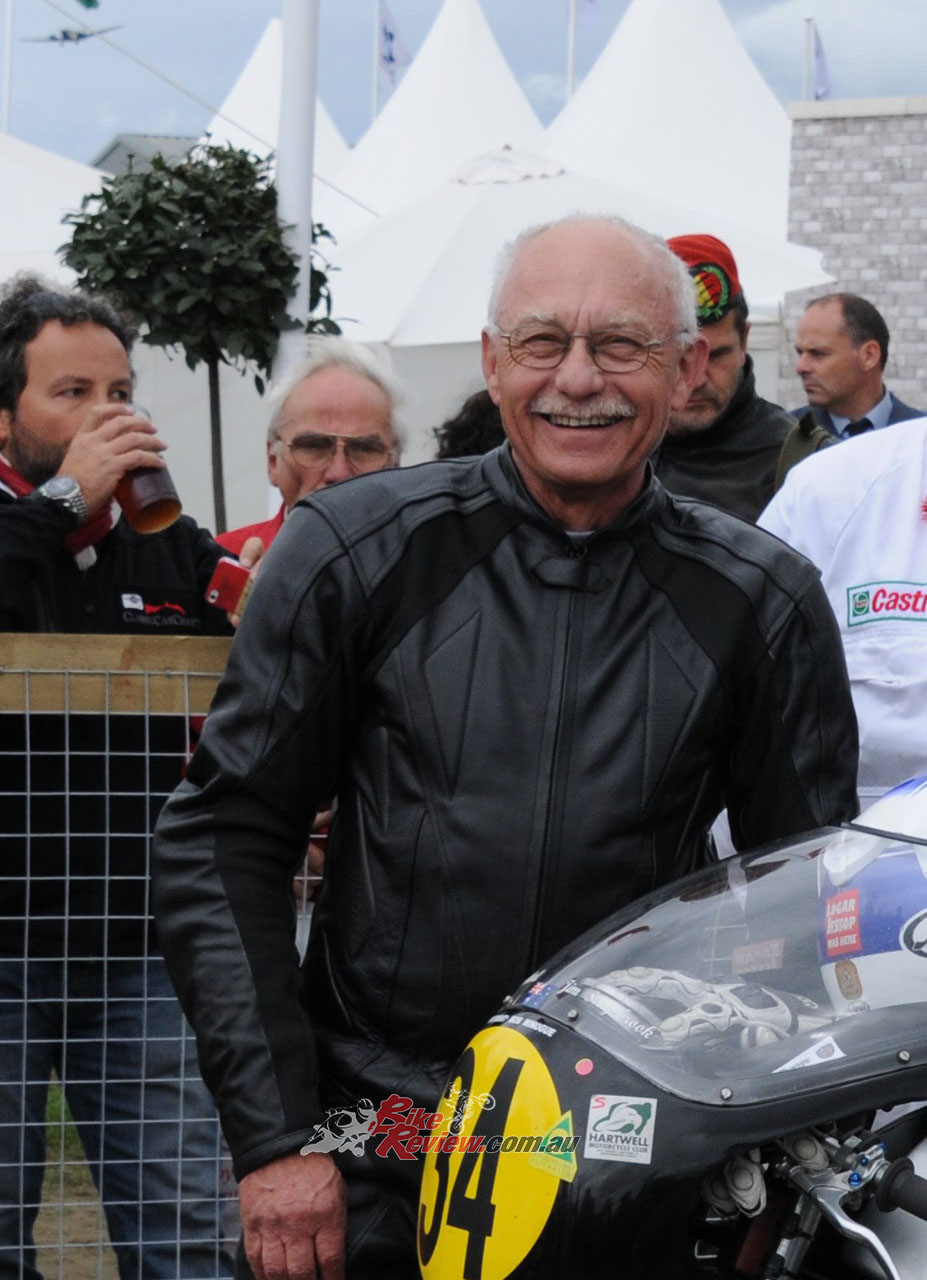 The XS1100 was an unlikely winner of the Castrol Six-Hour, Alan sat down to chat with one of the riders about the mammoth bike. Check out what Bob Rosenthal had to say about racing it...

Melbourne-based Bob Rosenthal was a prominent member of the army of recruits turned out by the mythical Australian rider factory, that in the 1970s produced the gifted riders of the new generation of Japanese four-strokes, including the XS1100. 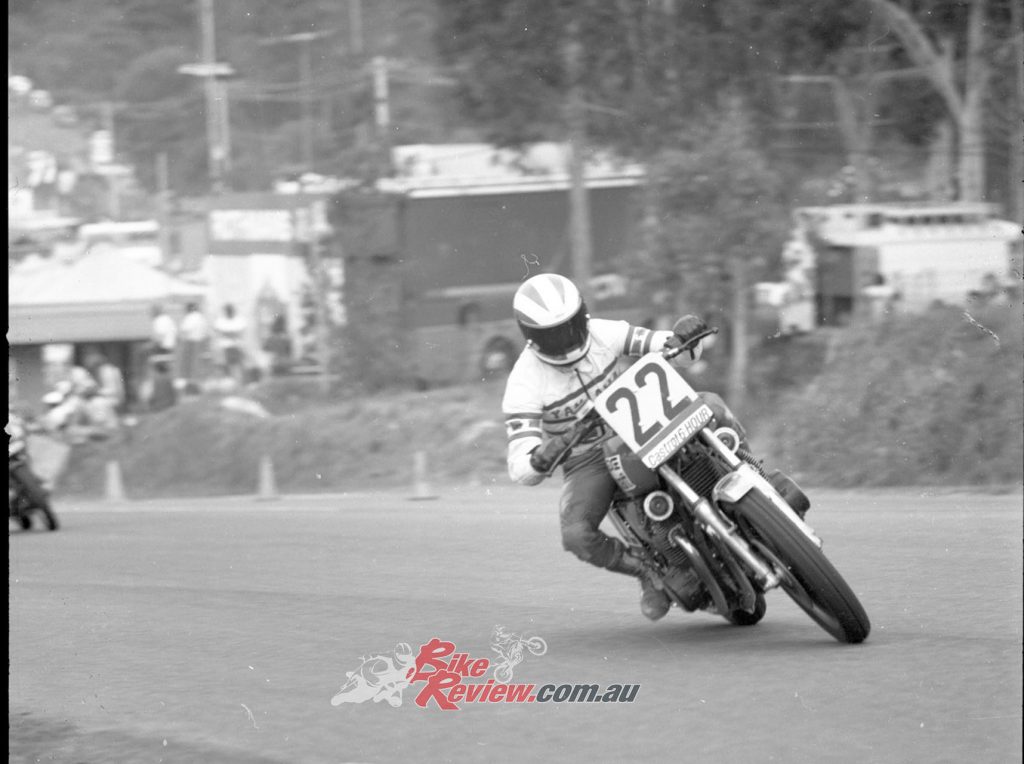 Bob Rosenthal was one of the first people to race the XS1100 and was no stranger to the Formula 750 two-strokes headed by the Yamaha TZ750.

As such, he raced the Yamaha XS1100 for its first full year of contention in 1978, before he retired from racing at the end of that year – not entirely, he insists, because of the strain of riding that bike! Nowadays one of Australis’s top Historic racers on his Matchless G50, here are his memories of competing with a very different kind of bike over 40 years ago.

Check out our Throwback Thursday of the Team Avon XS1100 here…

“I was supported by Milledge’s who back then were the Yamaha distributors for Victoria and Tasmania, and when the XS1100 was announced they actually flew one over from America for me to race for them. But the US model was different to what was sold in Europe or Australia, with what was effectively a lower primary gear, so combined with what for back then was a huge amount of torque, this resulted in acceleration that was unbelievable for then. But the suspension was as limp as a wet sponge, so they didn’t handle very well!” 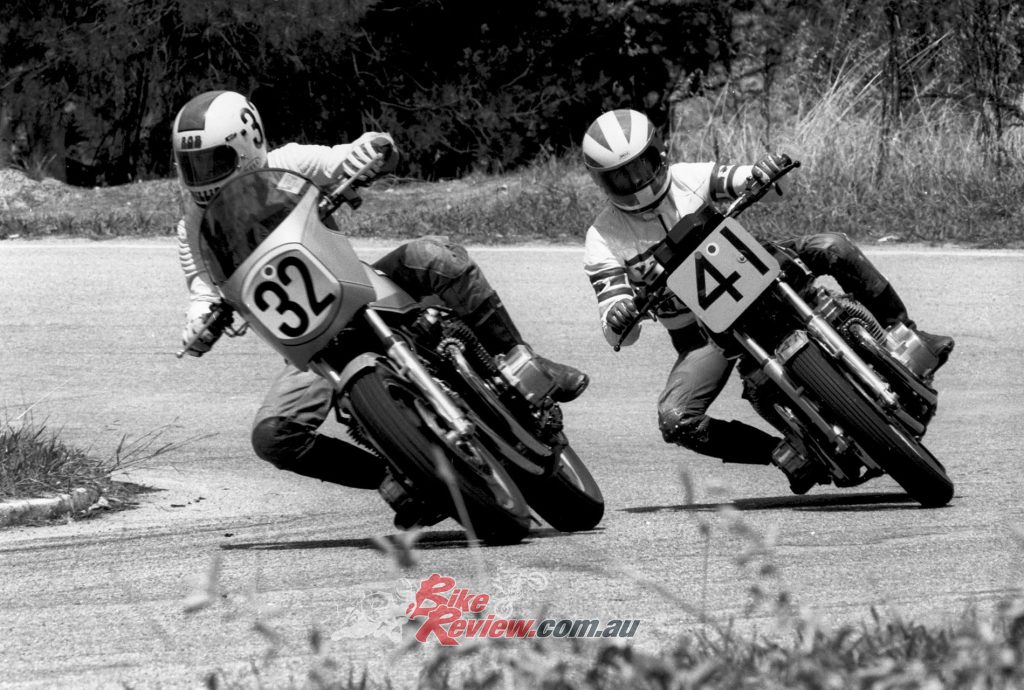 “Fresh out of customs from America, the first time I raced it was at Philip Island in a class that was probably the predecessor of Superbike, called Registered Touring. It was run-what-you-brung as long as it’s ‘registerable’, i.e.it didn’t have to be registered, but it had to be capable of being registered! So there were lots of hot rods, and I think I finished third or fourth on the thing even though it was bog standard. I mean, we didn’t change anything on it at all, because we didn’t yet know anything about it! It came painted in that XS1100 maroon colour, but the US market engine was silver, not black like ours. I thought it was a very handsome looking motorbike, actually.” 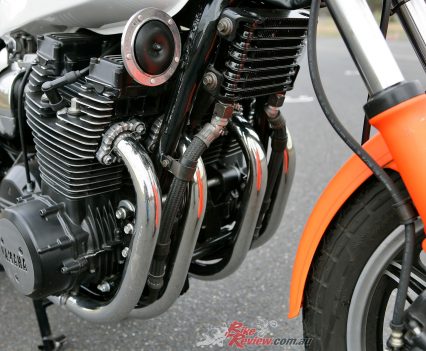 The 70s was the era of wide, chunky engines. 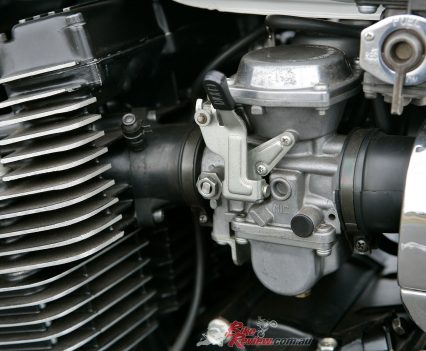 “Anyway, after that they did in fact register it, and gave it to me to use on the road to try to get used to riding the thing. I will admit that I just hated it – I didn’t like any Proddie bikes, and especially not a shaft-drive one like this. Give me a racebike every time like the TZ750 I was also riding for them – but I suppose the XS paid the bills for the TZ, because they sold pretty well in Australia.” 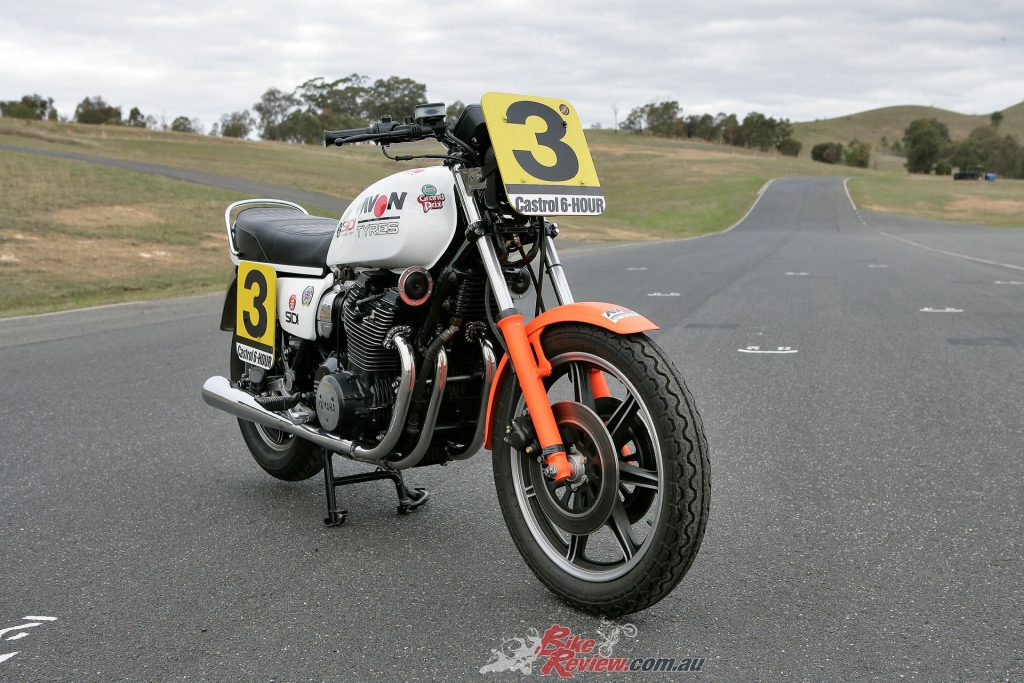 The sheer weight combined with the shaft drive and the extreme torque were major pitfalls for the XS1100.

“What was was wrong with the XS was weight, torque and shaft drive. Every time you opened the throttle, the rear suspension went up like an Otis elevator, but if you closed the throttle midway through a turn, because you’d got your line wrong, or someone was in the way, you lost about two inches of ground clearance, which if you were right on the limit, was catastrophic! Plus on top of that, it would only drop down at the rear, which if you survived without grounding out meant that it would understeer off toward the boonies. It did all the things you didn’t want it to do! However, while it was very heavy to steer, because it had been conceived as a sport tourer rather than a racer, it had huge amounts of torque, which meant that it accelerated like stink, despite all that weight.” 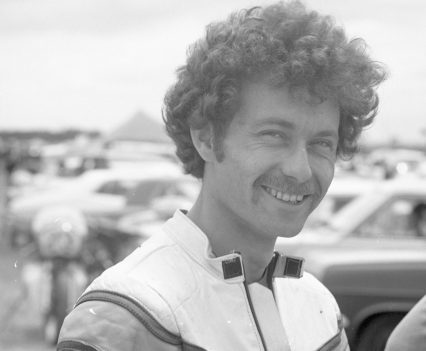 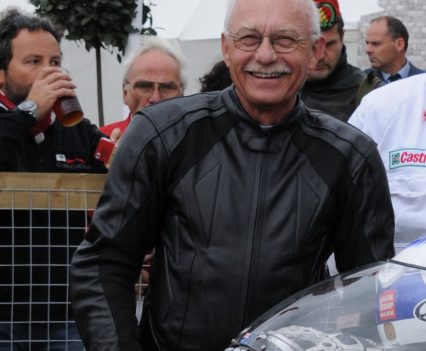 “Anyway, that Phillip Island meeting wetted Milledge’s appetite, and so they decided that they’d run an XS1100 in the Castrol Six Hours later that year. And the catalyst for that was when the boss at Milledge’s, Gerry O’Brien, received a telex from the factory saying, “Much luck in the forthcoming Six-Hour, Mr O’Brien.” No pressure, then! So they pulled three bikes out of the crates and gave them to the workshop manager, and they got prepped. Now, the biggest problems with the XS11 was the rear suspension, so I started playing around with this on that first American bike. There was a company in Melbourne at the time, Top Performance, which was the distributor for Koni, so they had a shock dyno.”

“They’d set up a set of shocks for me, and I’d go out to Calder Raceway and try them, then we’d come back and tell them what was wrong, and they’d build another set with different valving and different springs. We worked out that the swingarm had to have a seven degree downward droop angle from the swingarm pivot, and we knew what spring rate we wanted, and compression and rebound damping. So when we finally got it all set up, so that at least it was rideable on a race track, we sent the actual shocks and all the shock graphs to Japan, and three weeks later this big box arrived with heaps of new shock absorbers in it, and pages for the parts manual, and pages for the workshop manual, and a letter saying, “Please to distribute one set for each entrant in the forthcoming Six Hour!” 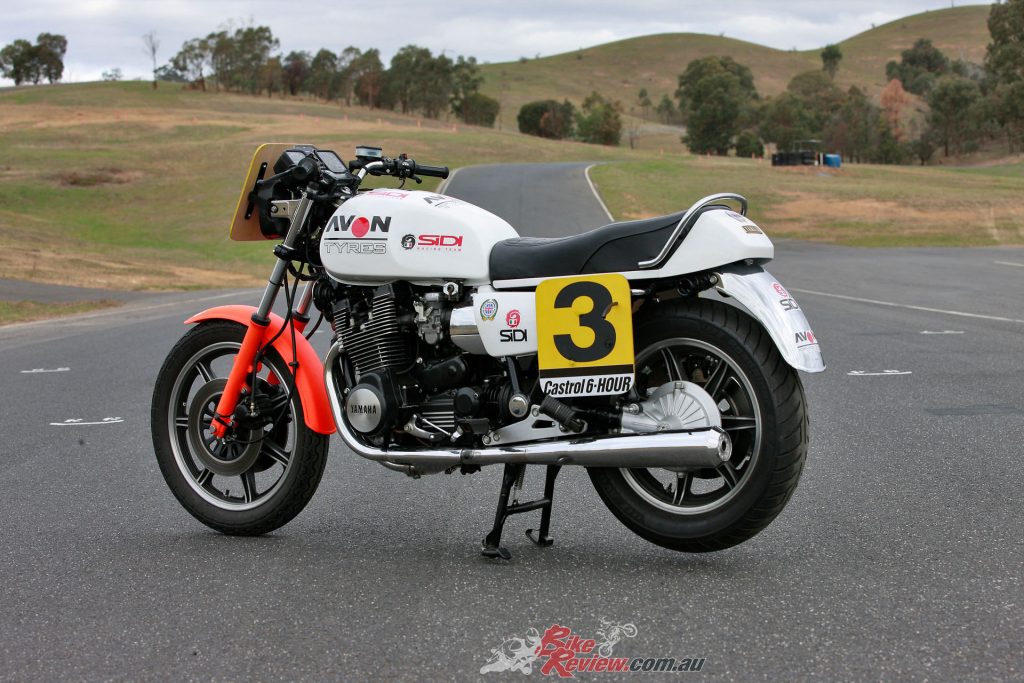 Riders of the XS1100 were pulling all the tricks in an attempt to get the huge bike to handle better.

“So that was the rear suspension taken care of, but the front end was no good either, so Mal Pitman did a similar sort of thing on the fork with Greg Pretty. What they effectively did was to graft a set of TZ750 internals into the Kayaba XS11 front suspension, although they didn’t get it quite right, because being so light at just 52kg Greg loved a very hard suspension. But it was so hard that if you were cranked right over and hit a bump, the thing would just chatter its way to the outfield. Anyway, we tried these, and my teammate at the time was Murray Sayle, and Murray had one of the bikes, I had one, and Milledge’s had the third to do the development work on.” 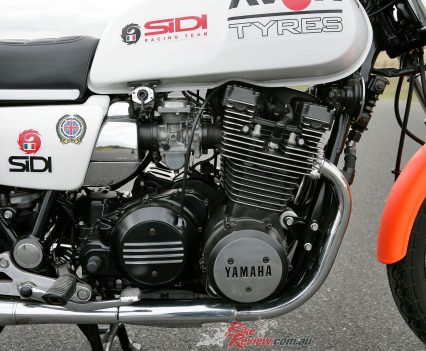 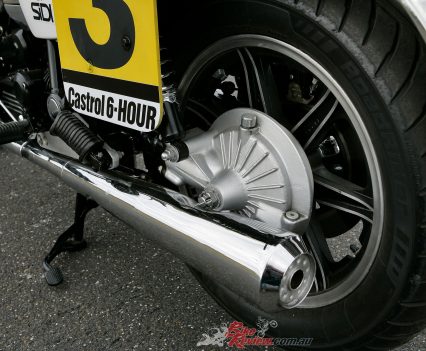 The shaft drive was new technology back in the 70s, but it added a lot of weight.

“So Murray rode his down from Sydney to Melbourne, where we lived, and I asked him, “Well, how do you think it rides?” And he said, “Christ, I can’t believe how bloody hard the suspension is – if you hit a grape it’ll knock your fillings out!” It was almost locked solid, so we weren’t very happy about it at all. So we got in touch with the Yamaha factory again, and said, “Sorry, but the front suspension’s not good enough, we’ve got to have some suspension compliance.” So they came up with a new set of springs that were a bit longer, and the preload spacers were a little bit shorter, though damping-wise, it was the same. And that’s what became the suspension of choice for the production racers, but really what it was, was corporate rule-bending masked as development!” 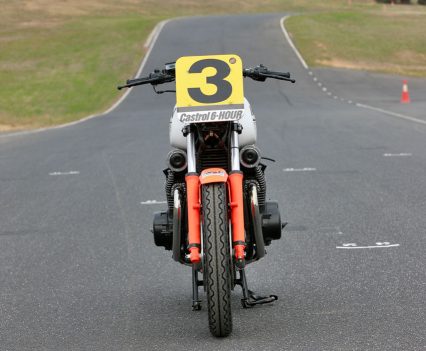 Up until the XS1100 was released Team Avon tried their luck with Kawasaki and Suzuki with limited success. 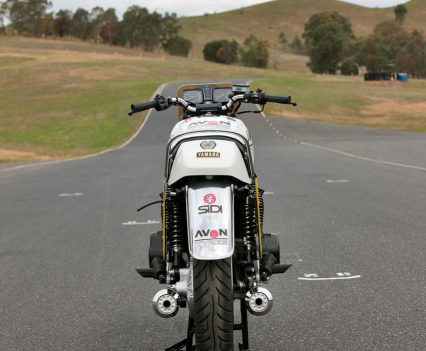 The heavy Yamaha was a gamble that paid off. 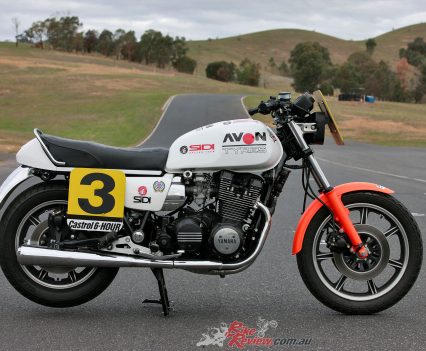 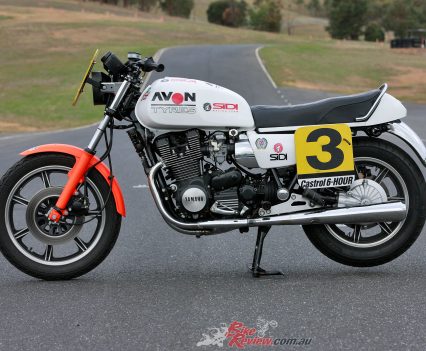 The race was a true testament to the build quality of bikes in the 70s.

“On the XS with the shaft drive, getting into a corner with those was a little bit different to a chain drive bike. I would always brake against the engine and keep the throttle slightly open, to try and keep the rear suspension extended, because if you didn’t, you lost those two inches of ground clearance, which made you understeer as well. Yamaha had their brakes very well worked out there. And the handling wasn’t too bad in the end, either – it was heavy, but it was also as stable as a big balloon of a rear tyre would let you be. So there was always a little bit of wandering around at the back, if you just spread your knees apart a bit and just sat loose, it was manageable.” 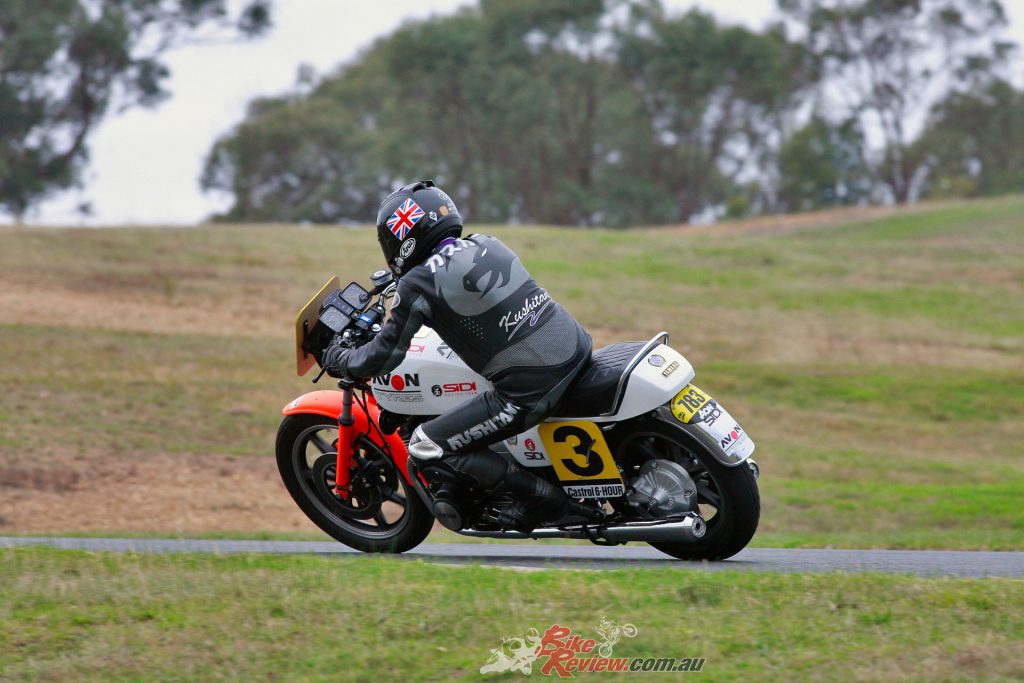 When Alan Cathcart took the XS1100 for a spin, he reported that he would need to have the bike standing up to get the maximum performance out of the corners.

“There was a lot of kudos attached to that Castrol Six Hour race, and in those days it really was a case of, ‘win on Sunday, sell on Monday’ – and not just in Australia either, everywhere. But only the Six-Hour, which was the Big One. I won the Three-Hour Production race at Sandown on one of those monsters, riding three hours in torrential rain. I don’t mind the wet – it’s not that I like it, but I dislike it less than other people. So that particular meeting, we ran Avon tyres, because Milledge’s were Avon distributors, and I led from start to finish. Anyway, about a week later I was in with the boss at Milledge’s, and I said, “OK, so how many bikes did we sell after winning at Sandown?” And he said, “None, not a single one that I can attribute to that race – but we’ve sold out of a warehouse full of Avon tyres!”

Check out our other interviews here… 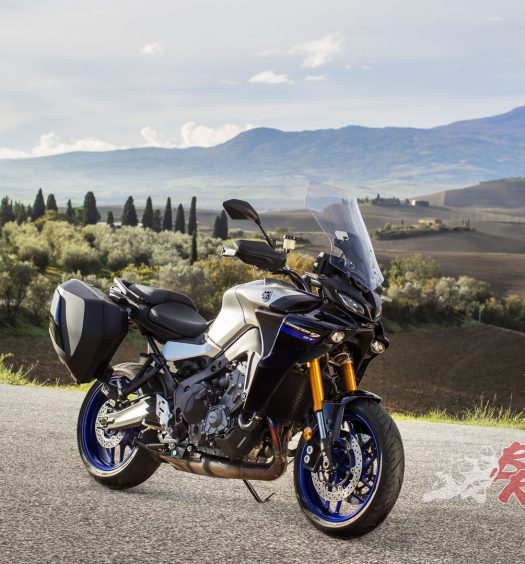 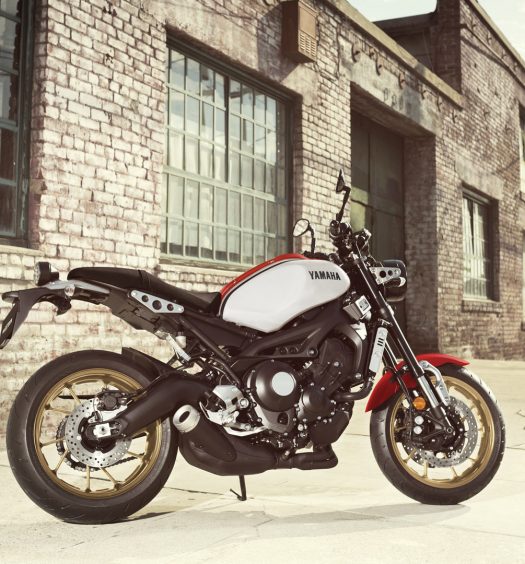 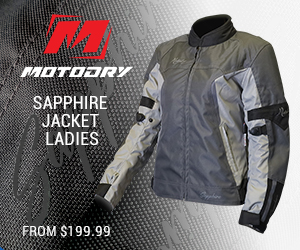