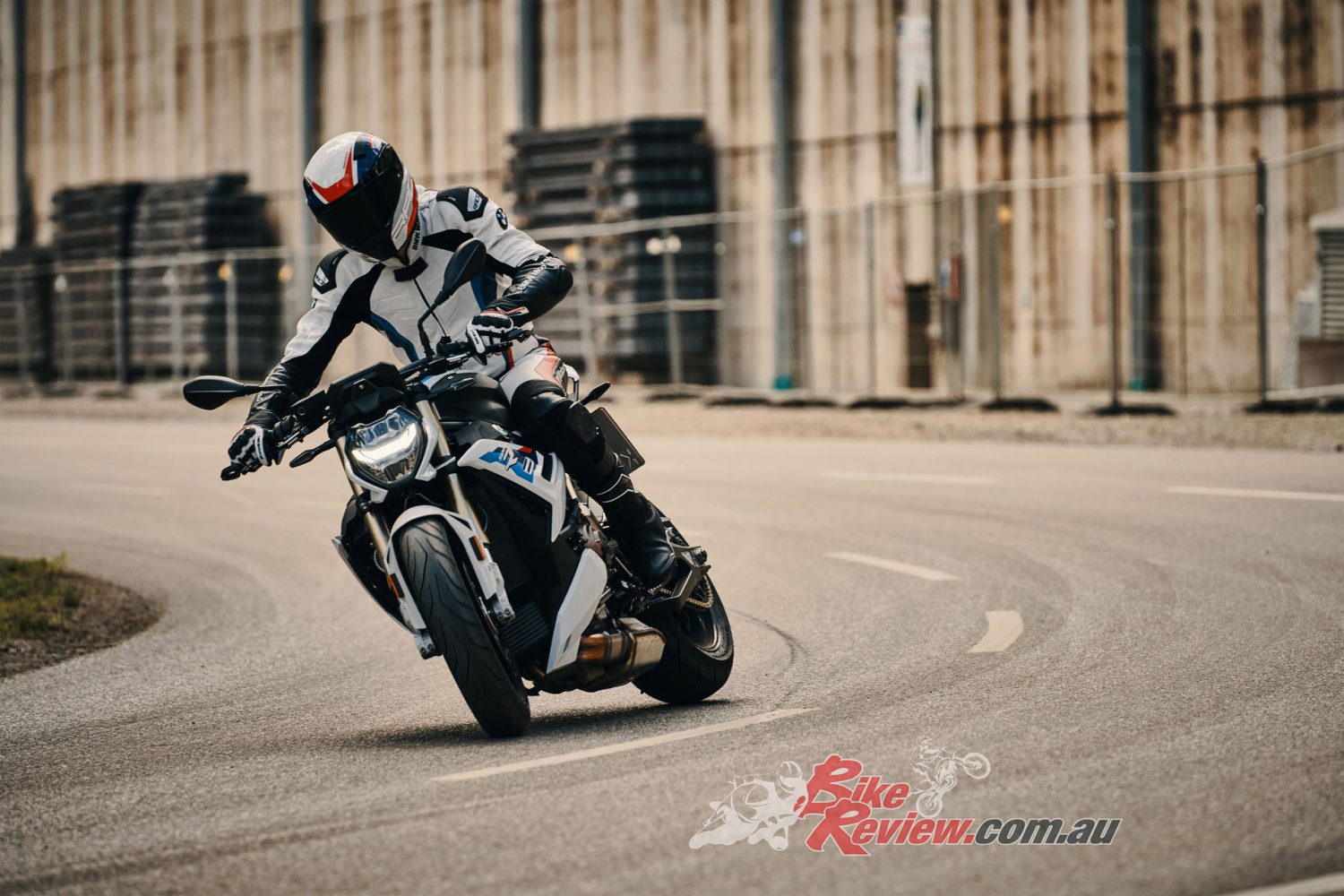 BMW have revealed the 2021 S 1000 R nakedbike, which has updated significantly over the current model. Here is the rundown from the official Motorrad release...

BMW Motorrad Australia have released details on the updated S 1000 R, due to hit our shores in the middle of 2021. The updates include a new TFT display, new engine, updated electronics, new styling and chassis changes. Pricing is  TBA… 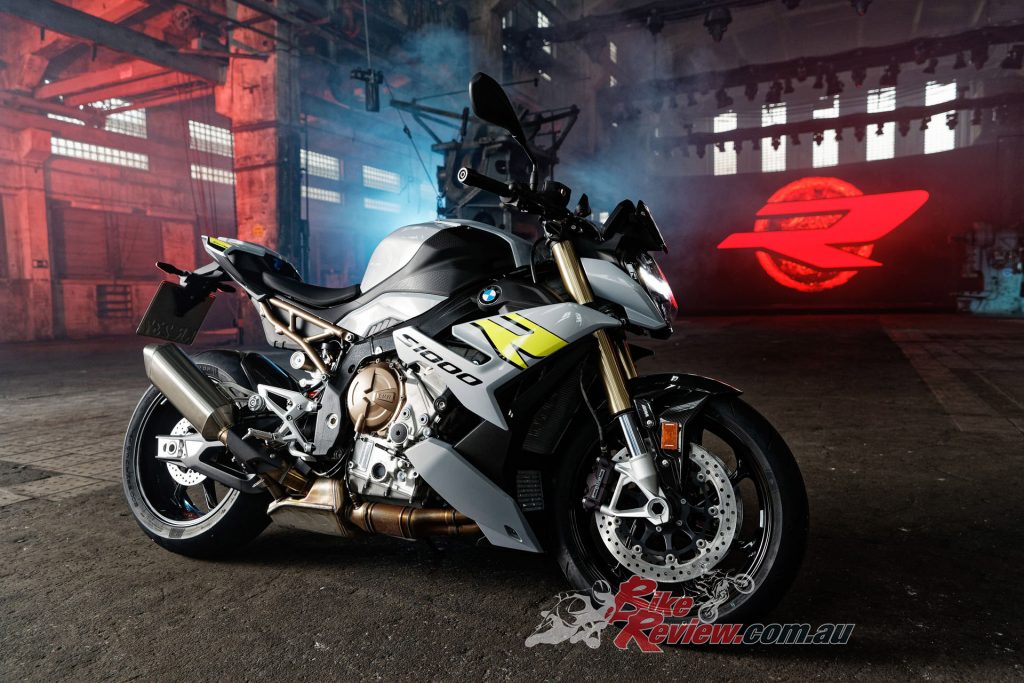 BMW say that the new model dramatically advances its dynamic response thanks to its acceleration-optimised 121kW (165hp) peak output combined with unrivalled low weight of 199kg (DIN). It combines this with ABS Pro, Dynamic Traction Control (DTC), full-scale LED lighting and a host of standard equipment to propel the S 1000 R to new heights in the dynamic roadster segment. 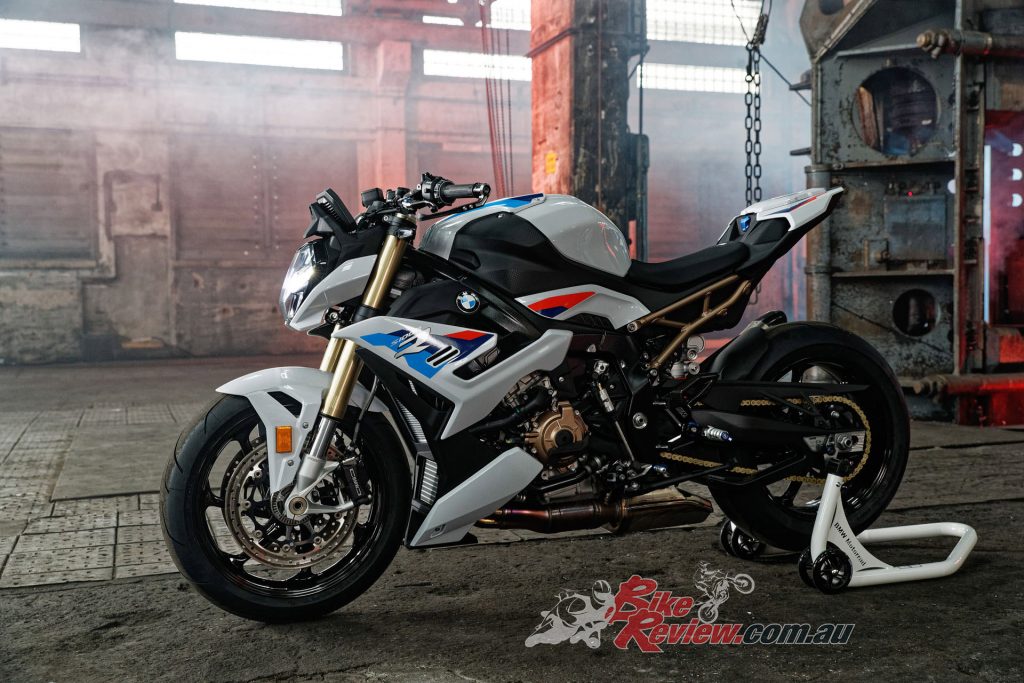 The in-line four-cylinder engine of the S 1000 R is now based on the engine of the current generation S 1000 RR and makes an impressive 121kW (165hp) at 11,000rpm. Maximum torque of 114Nm is available at 9,250rpm. The engine speed range has been made wider and fuller to achieve improved rideability with a particularly linear torque curve. 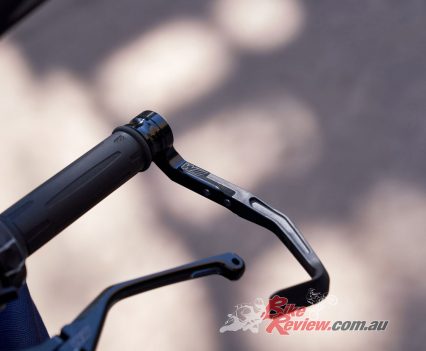 In order to reduce noise and fuel consumption levels as well as the engine speed level – especially at cruising speeds on country roads – 4th, 5th and 6th gears now have longer gear ratios. In addition to a smoother, self-reinforcing anti-hopping clutch, the new bike is equipped with engine drag torque control (MSR) for the first time. Engine drag torque control prevents the rear wheel from slipping as a result of abrupt throttling or downshifting thanks to its electronic actuation. 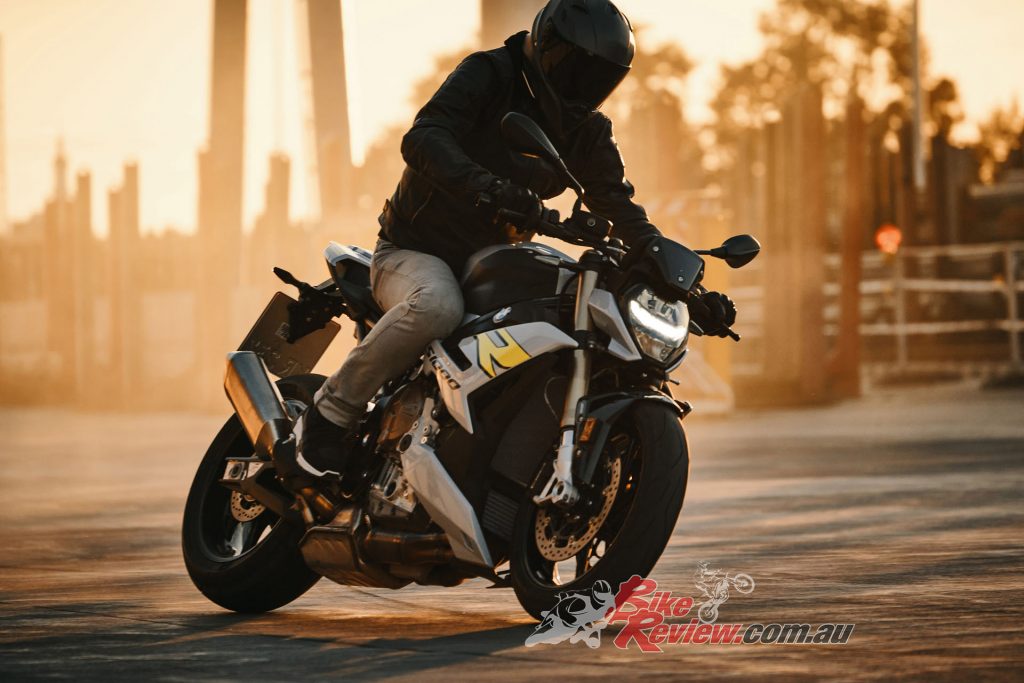 The chassis was also subjected to significant weight reduction in a bid to improve performance and engagement. The frame and swingarm are based on the S 1000 RR and have been made considerably lighter than those of the previous generation model.

At the same time, the engine in the Flex Frame takes on a much greater supporting function than before. The new frame offers further benefits due to its very narrow design, reducing the motorcycle’s width in the area of the knee contact area. This enables a more relaxed riding position with even more freedom of movement, according to BMW. 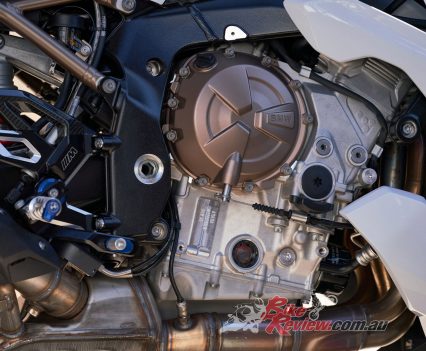 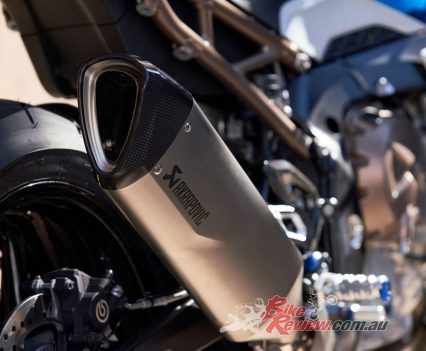 The underslung swingarm has been adopted from the S 1000 RR, while the spring strut with Full Floater Pro kinematics is now located significantly further away from the swing axis and engine. This prevents the shock from heating up due to waste heat and ensures even more stable temperature behaviour and more constant damping response. In combination with the swingarm, which has its roots in motorsports, this results in more tyre grip and lower tyre wear, BMW claim. 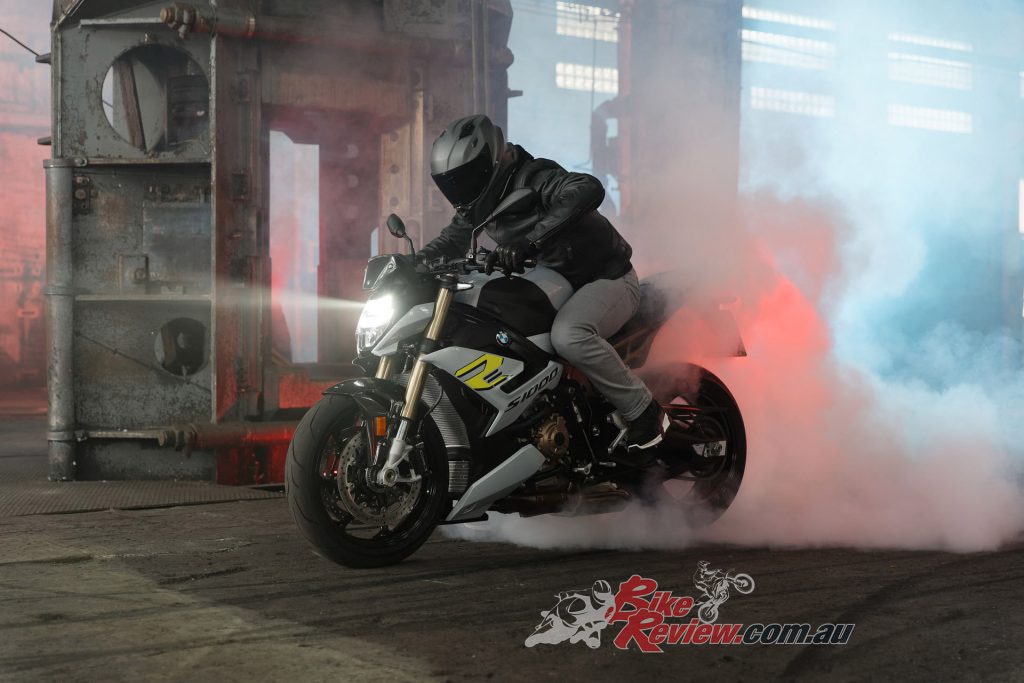 The new S 1000 R is equipped as standard with Dynamic Traction Control DTC, ABS Pro with banking angle optimisation and the three riding modes: Rain, Road and Dynamic. The fully configurable Dynamic Pro mode is also available with a particularly wide range of setting options as part of the Riding Modes Pro option. 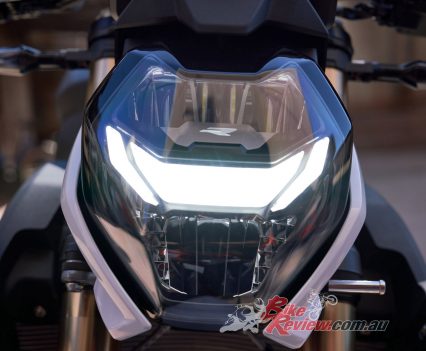 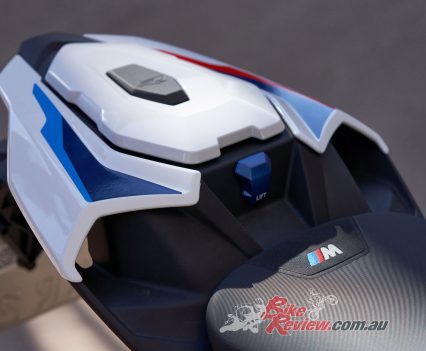 The new S 1000 R takes on the instrument cluster of the S 1000 RR. Special emphasis was placed on the best possible readability in addition to an extended range of functions and information. The screen was therefore designed to be large for clear readability and provide optimum information display even under difficult lighting conditions.

The rider can choose between customised screen displays for various purposes. The Pure Ride Screen, for example, provides all necessary information for normal road riding, while a further Core Screen shows displays for banking angle, deceleration and traction control. 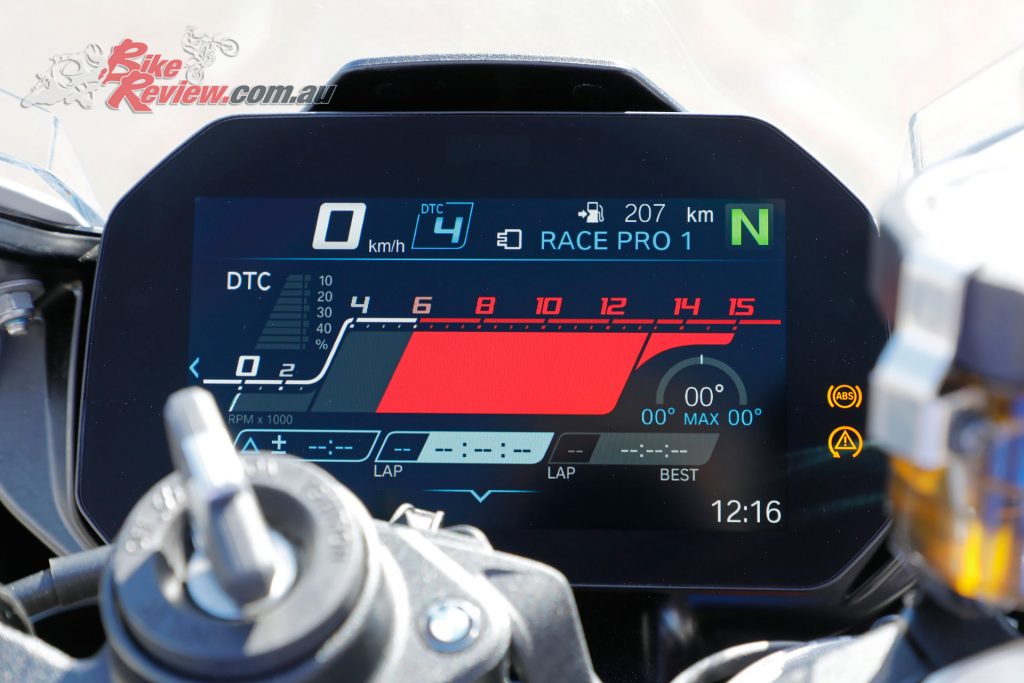 A Bluetooth smartphone interface, which allows app-based arrow navigation, is already included as standard. The TFT display is operated comfortably from the handlebars using the multi-controller, while the optional M package provides a third Core Screen with bar display and lap timer.

The lighting units of the new S 1000 R are based on state-of-the-art LED technology. These include the new, striking LED main headlamp with optimised low beam and high beam light. The newly designed turn indicator and rear lights also make use of LED technology. 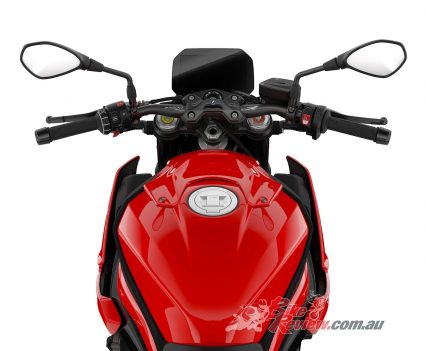 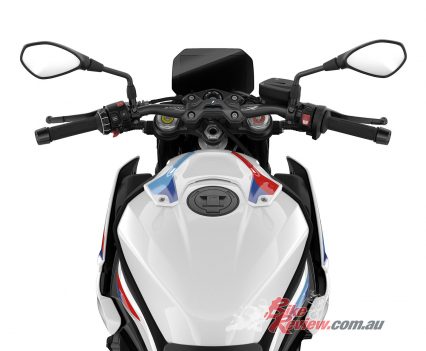 The rear turn indicators have been adopted from the S 1000 RR and feature an integrated tail/brake light function. Enhanced safety when riding at night is ensured by the adaptive turning light, which is a component of Headlight Pro. 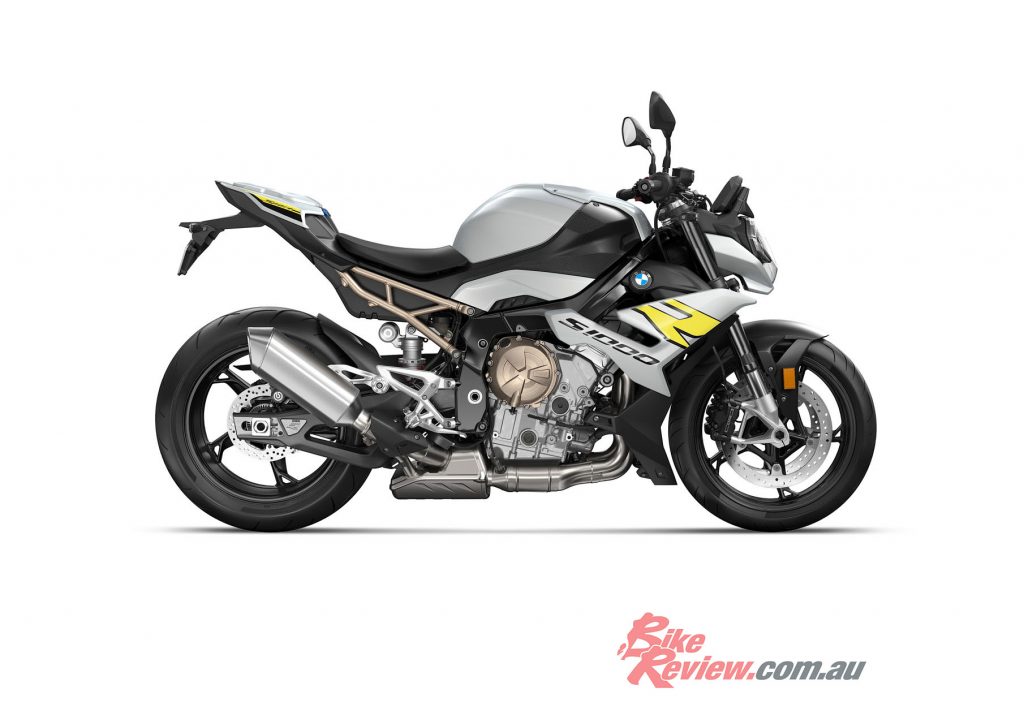 BMW Motorrad Australia will launch the new S 1000 R to the local market in mid-2021.

BMW state that more than ever, the tail up – nose down look gives the S 1000 R an eye-catchingly dynamic visual impact with its new body elements. The colour concept also highlights the sporty, dynamic appearance of the new version. In addition to the basic colour Racing Red non-metallic, the options Style Sport and the M package with additional product content will be available.

BMW Motorrad Australia will announce pricing and specification of the new S 1000 R ahead of its introduction to the local market in mid-2021. 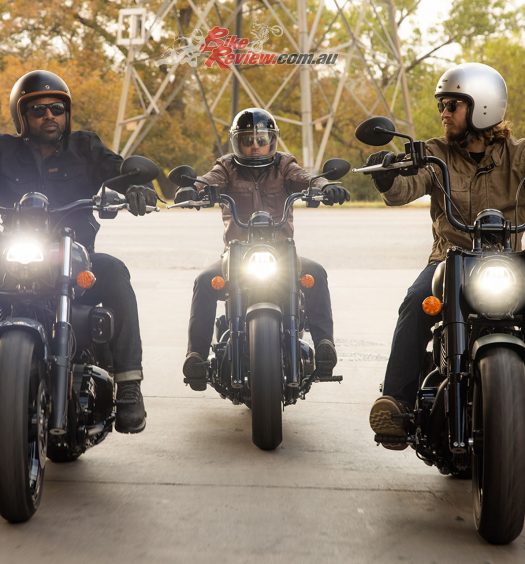 Indian Motorcycle Celebrates 100 Years of Chief with MY22 lineup 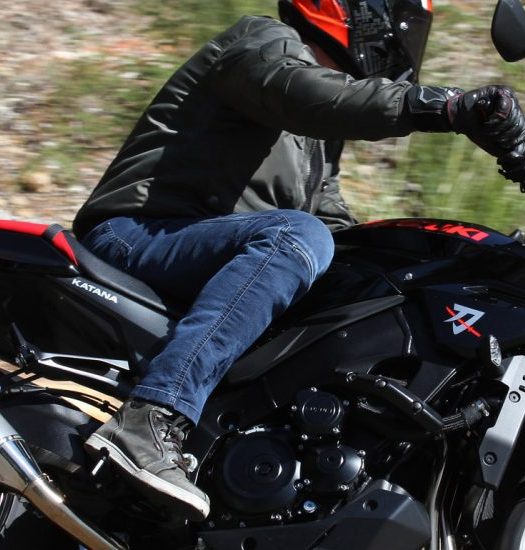