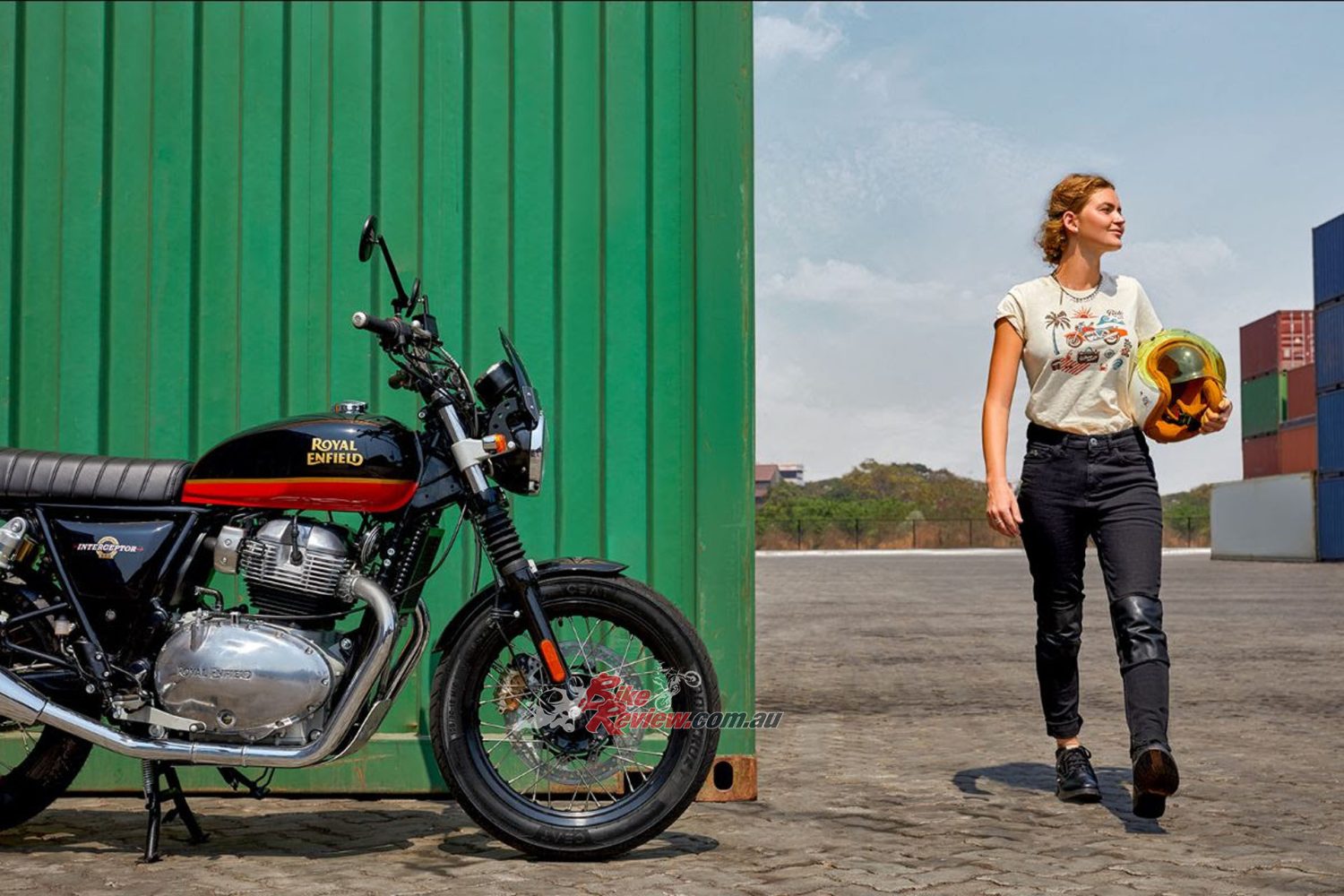 The updated Royal Enfield 650 Twin models are arriving in Australia next month! They feature new colours and both come in at under $11,000 rideaway. Place your pre-order today...

Royal Enfield have announced the launch of new colourways on the 650 Twin motorcycles – the Interceptor INT 650 Twin and the Continental GT 650 Twin in Australia and New Zealand. The motorcycles will be Euro 5 compliant and will come in new colours. From Royal Enfield 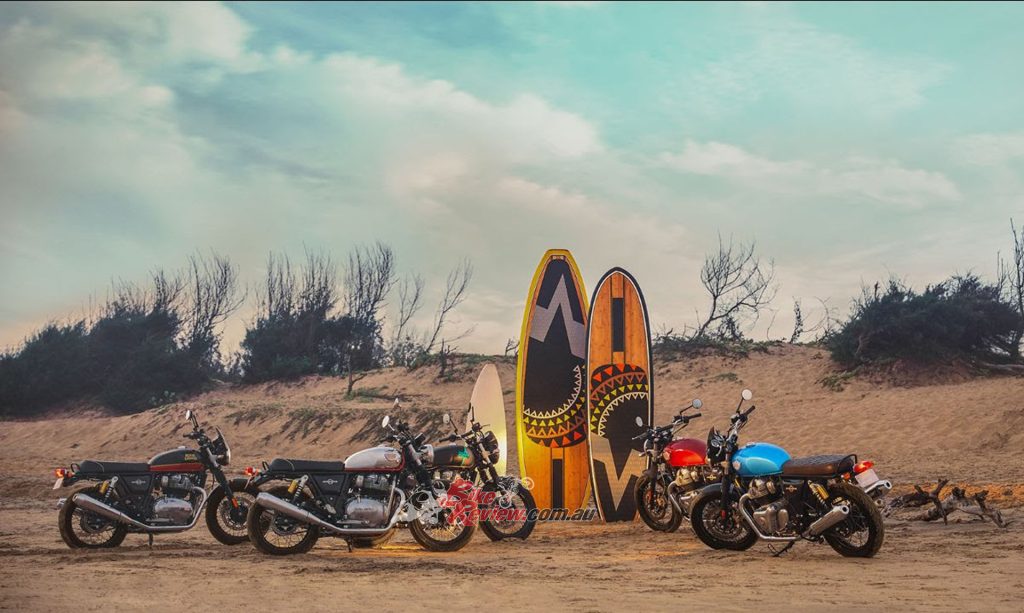 “Royal Enfield have announced the launch of new colourways on the 650 Twin motorcycles – the Interceptor INT 650 Twin and the Continental GT 650 Twin in Australia and New Zealand.”

With the 650 Twins just days away from landing in Australia, now is the perfect time to secure your new Interceptor 650 or Continental GT 650! For our customers in New Zealand, you can expect the 650 Twins to arrive in early November, according to Royal Enfield ANZ.

The Interceptor 650 Twin is now available in two new Single Tone colours – Canyon Red and Ventura Blue; two new Custom (dual tone) colours – Downtown Drag, and Sunset Strip and has a new updated version of the ‘chrome’ variant in the Mark 2. The Mark 2 Chrome Interceptor is an ode to the original Interceptor 750 that’s redolent of the heydays of California’s sun drenched culture of the 60’s. The Interceptor INT 650 Twin retains the single tone Orange Crush colour and Royal Enfield say the dual tone Baker Express that has been extremely popular with the customers. 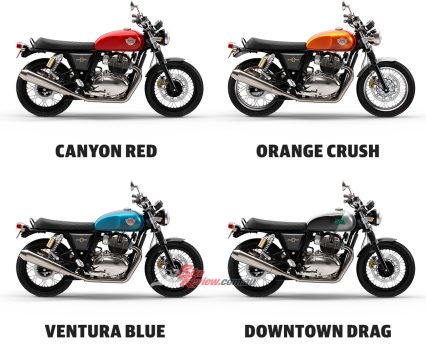 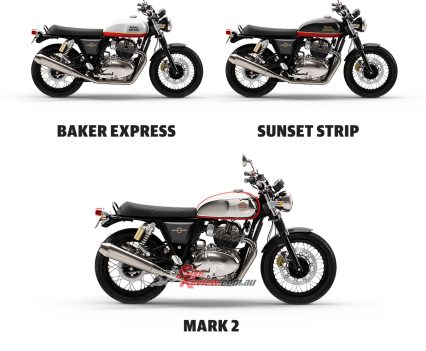 Two new Custom (dual tone) colourways – Downtown Drag, and Sunset Strip and has a new updated version of the ‘chrome’ variant in the Mark 2. 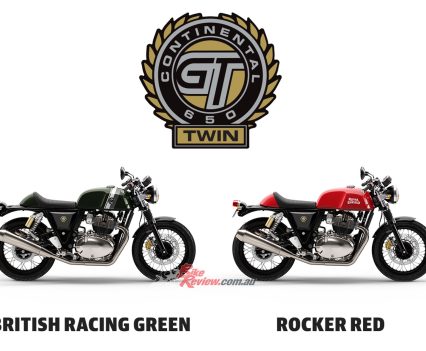 The Continental GT 650 café racer has also been introduced in five new colourways. 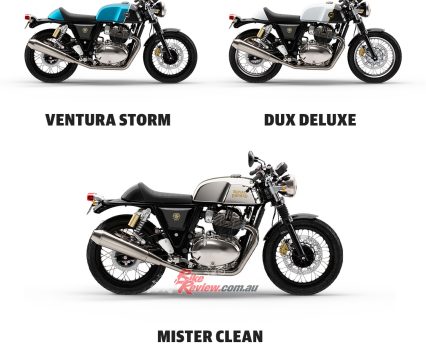 “The motorcycle is also available in two new Custom dual tone colourways – Dux Deluxe and Ventura Storm, and has a new updated version of the chrome variant in Mister Clean.”

With seven colour options on the Interceptor INT 650 Twin and five new colours on the Continental GT 650 Twin, both motorcycles will get a range of aesthetic updates as well, to compliment the new colours. Apart from the new colours, Royal Enfield is introducing blacked out rims and mudguards in single tone colour variants of the Interceptor INT 650 Twin, adding to the overall appeal of the motorcycle. This update has been made after receiving a fabulous response from the community on the blacked out rims that were available only on the dual tone colours earlier. 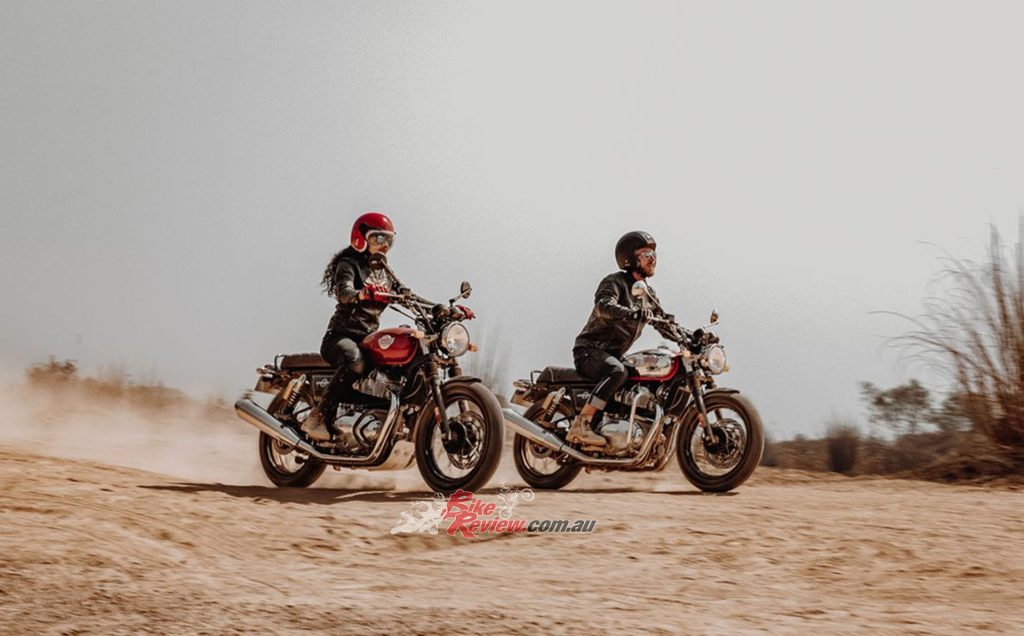 The two updated models will be available next month, jump onto the Royal Enfield website now to secure your pre-order!

The new 650 Twins also come with a 3 year unlimited KM warranty, and 3 years of roadside assistance. For more information, or to order your new 650 Twin today, visit the Royal Enfield website here and secure one of the first 650 Twins to enter the country.

Its not just about aesthetic changes, check out all the technical changes below:

Check out our reviews and videos on the 650 Twins here… 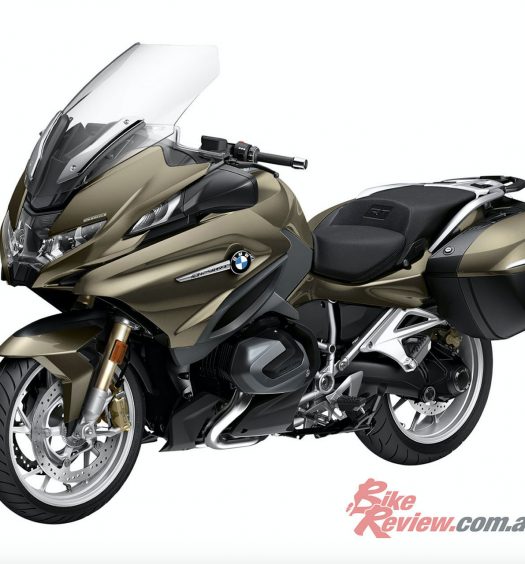 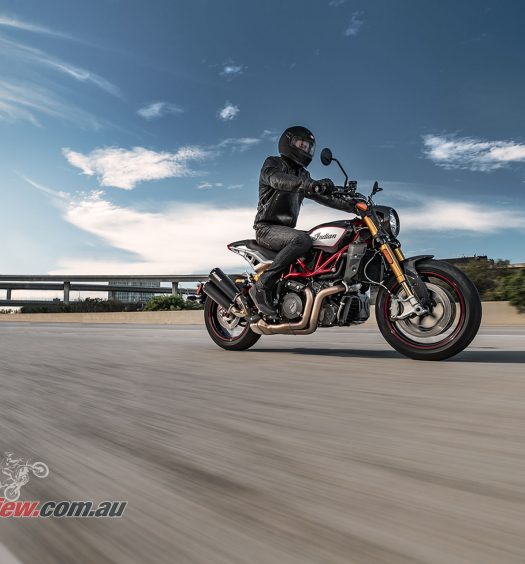