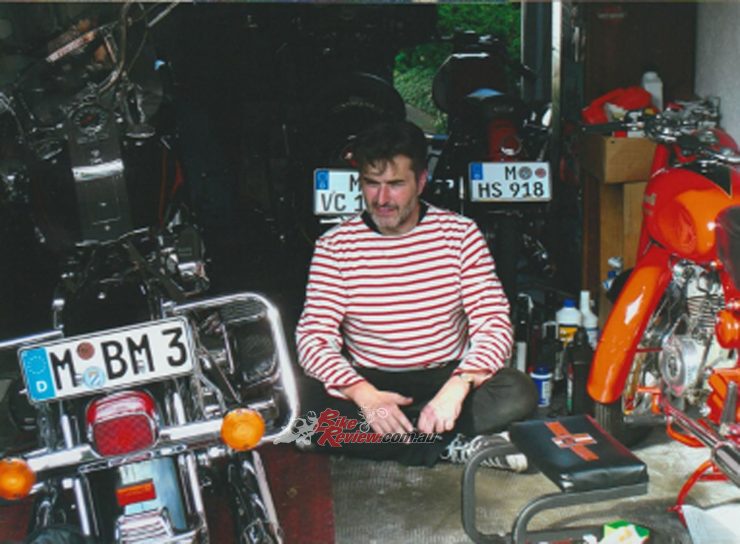 A collection of more than 40 important motorcycles owned by the late acclaimed German film critic Hans Schifferle will be offered at Bonhams Autumn Sale next week (9-10 October), led by a rare 1974 Ducati 750 SS, estimate $170,000-240,000. Check out all of the amazing bikes below! 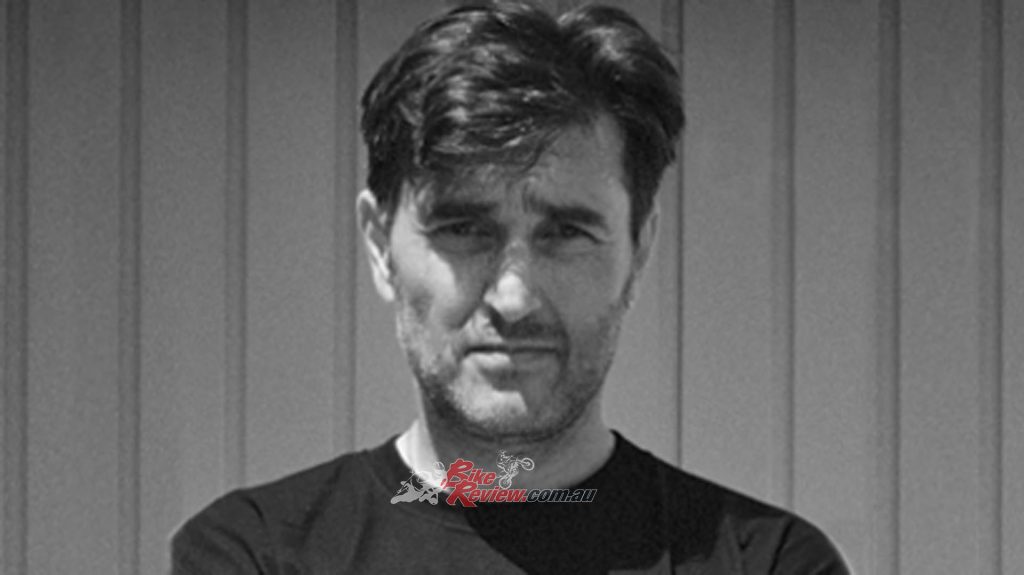 “Known for his work for Süddeutsche Zeitung and other leading publications as a film critic and essayist, Schifferle, who died in March, was also a motorcycle connoisseur, building up his collection over two decades.”

Known for his work for Süddeutsche Zeitung and other leading publications as a film critic and essayist, Schifferle, who died in March, was also a motorcycle connoisseur, building up his collection over two decades. Offering a range of motorcycles from sports bikes to café racers, the collection represents the great Italian, British and American marques, including MV Agusta, Vincent and Indian.

The Munich native travelled extensively in his search for original components to restore and maintain his beloved machines. Together with his wife, Gudrun, and friend, the former Grand Prix racer Helmut Lichtenberg, Schifferle visited Europe’s leading autojumbles: Imola, Mannheim, Stuttgart, Nuremberg and every event in between to secure rare parts for his restorations. 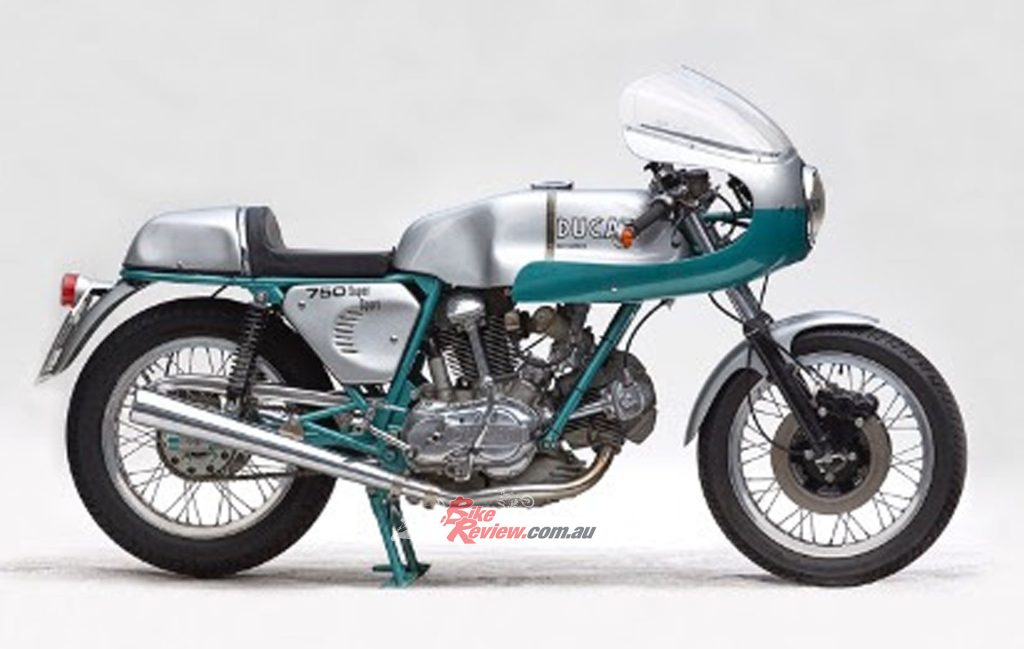 Veteran mechanic and aviation specialist Helmut Lichtenberg is himself an immensely passionate collector to whom Hans invariably entrusted his restorations. Helmut formerly ran the classic motorcycle division at Schmid Höhenkirchen where Hans acquired many of the machines in his collection. Hans closely supervised a rolling ‘exercise’ programme for most of the machines, with each maintained and generally ridden circa 200 miles annually.

1941 Indian 1,279cc Four, estimate $75,000 – 95,000. A very late example of one of the world’s most collectible motorcycles, the Four had already been restored when purchased in 2018. Since then, it has been exercised regularly, though Schifferle sadly never had the chance to ride it. 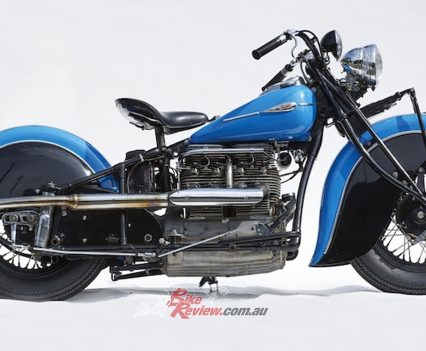 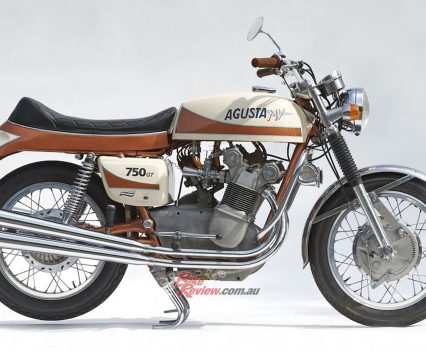 1973 MV Agusta 750 GT, estimate $75,000 – 95,000. An ultra-rare 750 GT, distinguished by its white and bronze colour scheme and features, of which only 50 were sold due to its initial high price tag. This example of one of the most sought-after MV roadsters, and is one of the few not modified or converted into a ‘special’.

1955 Vincent 998CC Black Knight, estimate $60,000 – 67,000. This matching numbers exmple is one of 200 enclosed series-D twin models built by Vincent. Acquired by Schifferle in 2000 it underwent a full restoration, including a total engine rebuild and has covered just over 6,400 kilometres since. 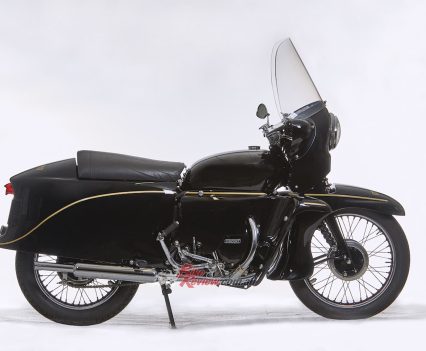 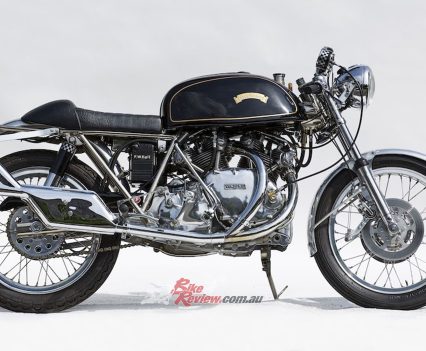 Bonhams : c.1973 Slater ‘Egli-Vincent’ 998cc, estimate $45,000 – 65,000. The Egli-Vincent was distinguished by Egli’s trademark large-diameter spine type frame, which was later produced by other specialists in limited numbers. This example is believed to be the earliest Egli frame manufactured for Slater Brothers. Rebuilt by Helmut Lichtenberg circa 2,000, this machine features a ‘fishtail’ silencer; Campagnolo front disc brake; alloy wheel rims; and a Smiths 150mph speedometer. Only 1,306 miles have been covered since the restoration.

1956 Harley Davidson KH, estimate $10,000 – 15,000. Harley Davidson’s last ‘flat-head’ model, the 55ci KH featured an upgraded engine and modified frame for better handling compared with the model K roadster on which it was based. This KH was purchased in 2017 and has covered just over 3,000 miles since restoration. 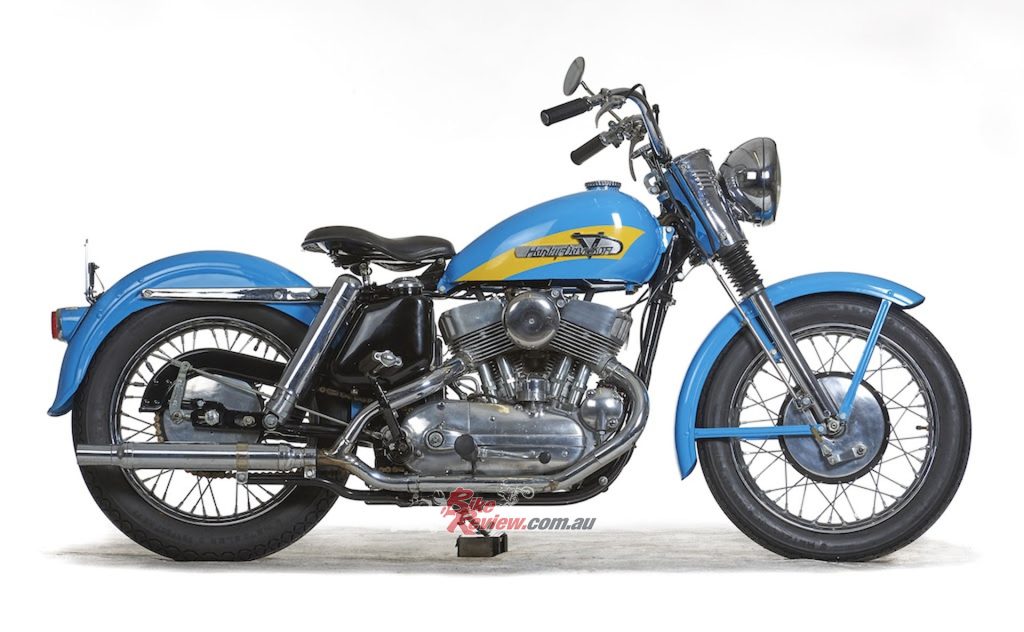 James Stensel, Head of Bonhams Motorcycles UK, said: “This is an extraordinary collection. Many of the motorcycles on offer are without doubt some of the finest restored examples extant. Hans’ love of motorcycles is evident in each machine, with no expense spared, these machines must be seen to be believed. Hans was incredibly passionate about motorcycle engineering, adamant that his collection of machines should be ridden as their makers intended.”

The Autumn Stafford Sale will be a two-day live auction at its traditional venue of the Staffordshire County Showground. It will offer more than 300 motorcycles and more than 130 lots of motorcycles spares and memorabilia. Head here to see more.