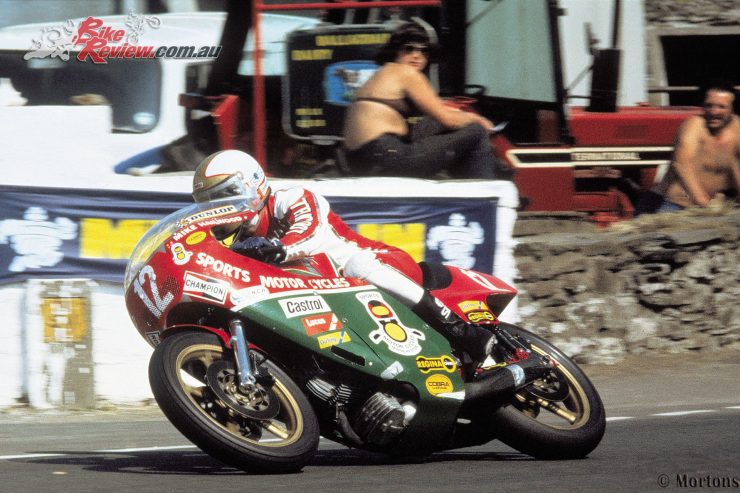 Arguably the most memorable and emotional moment in the 110-year history of the Isle of Man TT Races will be central to the celebrations at next year’s Classic TT presented by Bennetts, which forms part of the Isle of Man Festival of Motorcycling.

23 time TT champion John McGuinness will ride a parade lap on the original Sports Motorcycles Ducati that Mike Hailwood raced in his glorious 1978 comeback. The lap will celebrate the fortieth anniversary of ‘Mike the Bike’s’ Formula 1 TT Race win – his first after an eleven-year absence. 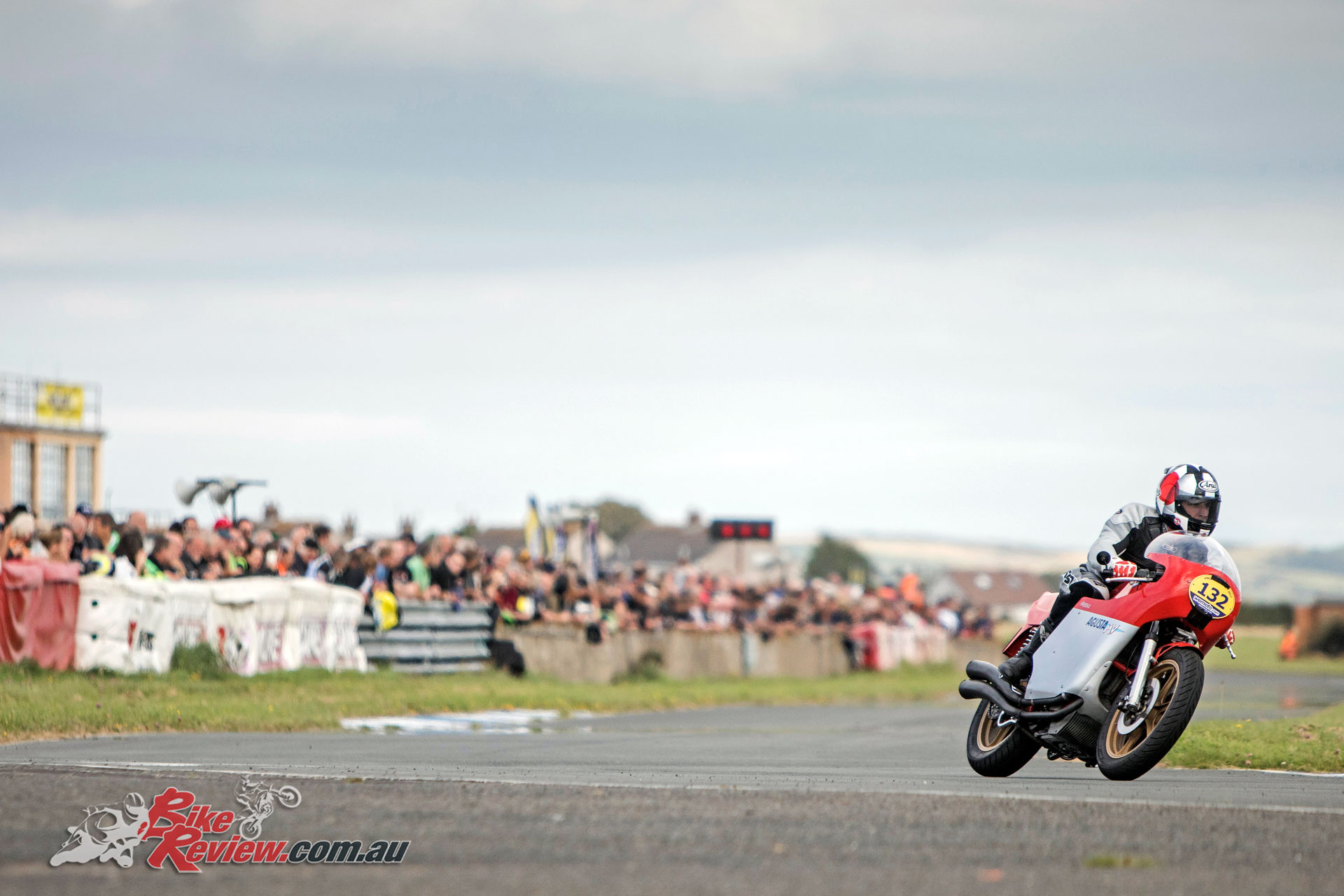 The parade lap, on Saturday 25th August, is the latest event in a long line of iconic moments and nostalgic racing that have already, according to the Daily Telegraph, established the Classic TT as ‘one of the best biking events on the planet’.

Commenting on the Mike Hailwood comeback anniversary lap John McGuinness said: “I’ve already had some special moments on the Mountain Course in my career,- both racing and with parades – but this is undoubtedly going to be one of the real highlights. It’s truly an honour and a privilege to be asked to represent Mike even though I was only six when he came back and won the F1 Race. It’s an iconic moment in TT history and a story that everyone who follows the event knows about.”

Mike Hailwood’s family – widow Pauline and son David – will attend the Classic TT to witness the Parade Lap, with the original machine, one of the most iconic in motorcycle racing history, being kindly supplied for the event by New York based collector Larry Auriana.

The Classic TT has been the scene of a number of memorable races in the event’s five year history and last year alone included the first ever 120+mph 250cc lap of the Mountain Course by Bruce Anstey on the Padgetts Motorcycles Honda. 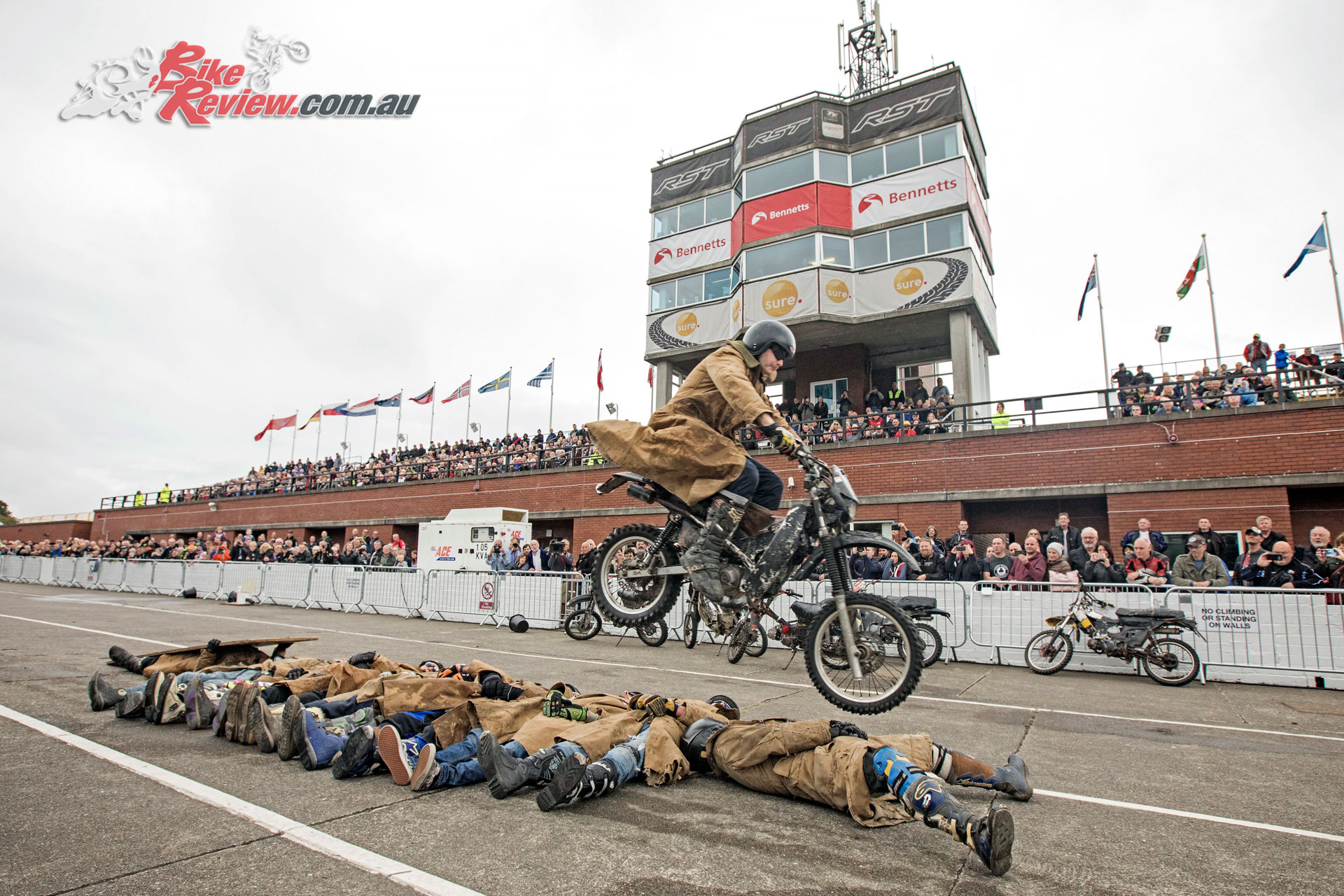 Other memorable Classic TT moments since the event’s inception in 2013 have included Steve Plater’s lap of the Mountain Course on an authentic factory six-cylinder 250cc Honda Six, the ‘Joey Dunlop Road Racing Legend – The Rivals’ Parade Lap in 2014 that saw many of Joey’s greatest rivals, or representatives of his rivals, appearing in a tribute lap.

Michael Dunlop’s recreation of the first 100mph lap on the Gilera and the unforgettable John McGuinness and Giacomo Agostini tribute to the 1967 Senior TT battle between Agostini and Mike Hailwood are other prominent moments in the TT’s illustrious history that have been recognised with tribute laps.

This year’s Classic TT presented by Bennetts promises to add further layers to the ever-growing history and stories that the Mountain Course generates. After a week of qualifying, the now well-established four-day festival kicks off with the Classic TT Paddock Carnival on Friday 24th August as ahead of the final full qualifying session for the four-race Classic TT programme. 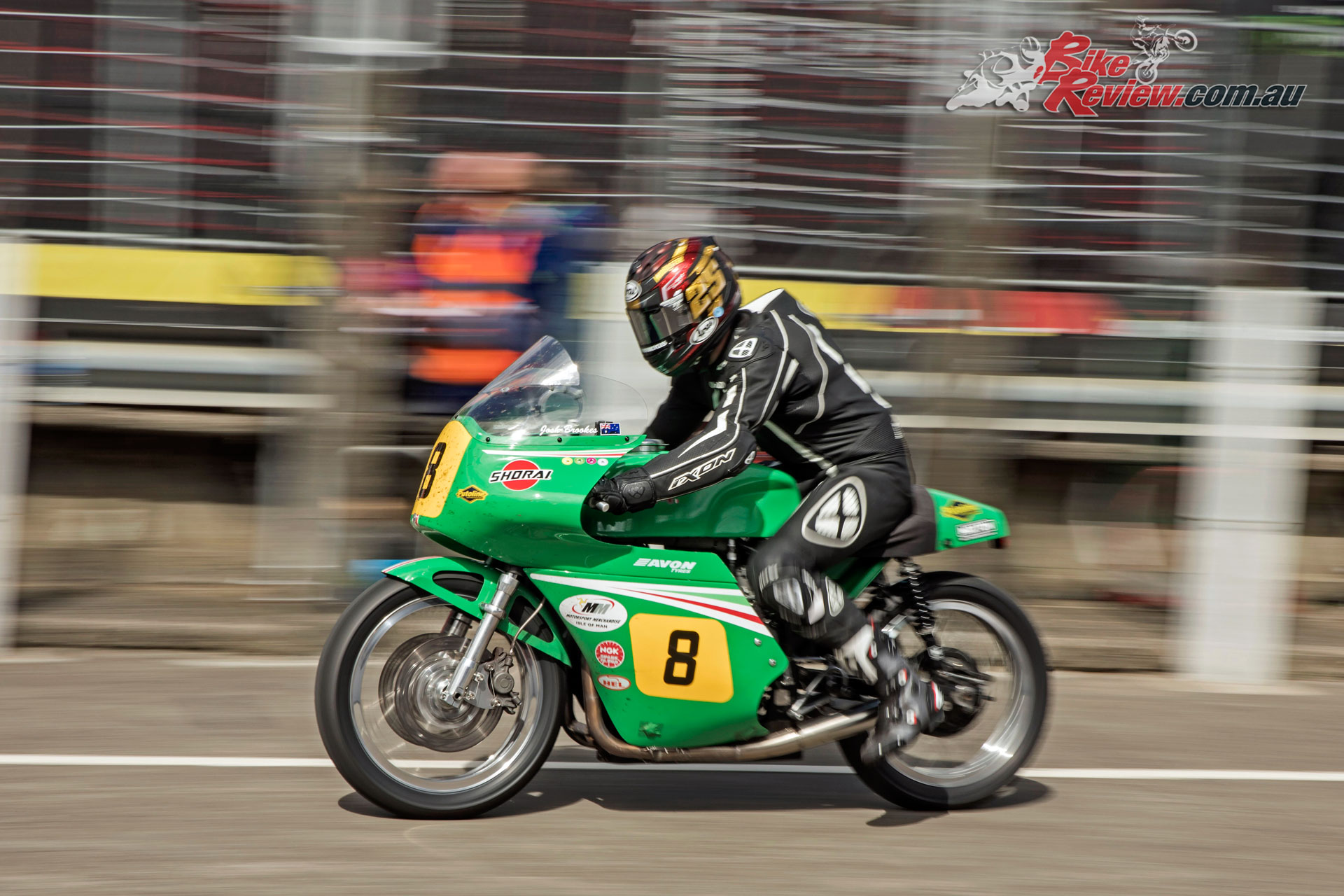 The Classic TT races gets underway with the Bennetts Senior Classic TT on the morning of Saturday 25th August with the class dominated in recent years by the stunning collection of Patons assembled by Roger Winfield. Saturday afternoon, following the Hailwood Parade lap, sees the memorable sight, sound and smell of the two stroke 250’s for the Dunlop Lightweight Classic TT Race before tales of derring-do are swapped in the evening’s Classic TT Party in the VIP Hospitality Suite.

The action moves to the North of the Island on Sunday 26th for the now traditional nostalgia-fest – the ‘Festival of Jurby’, organised by the Isle of Man chapter of the VMCC – a fitting preview to the evening’s RST Legends dinner back at the TT Grandstand.

The action returns to the Mountain Course on the British Bank Holiday Monday 27th August with the Junior Classic TT Race, which has seen so many memorable British marques returning to the Mountain Course and battling the more modern Japanese manufactured bikes. Last year’s race saw Michael Rutter take the honours on the Ripley Land Racing Drixton Honda. 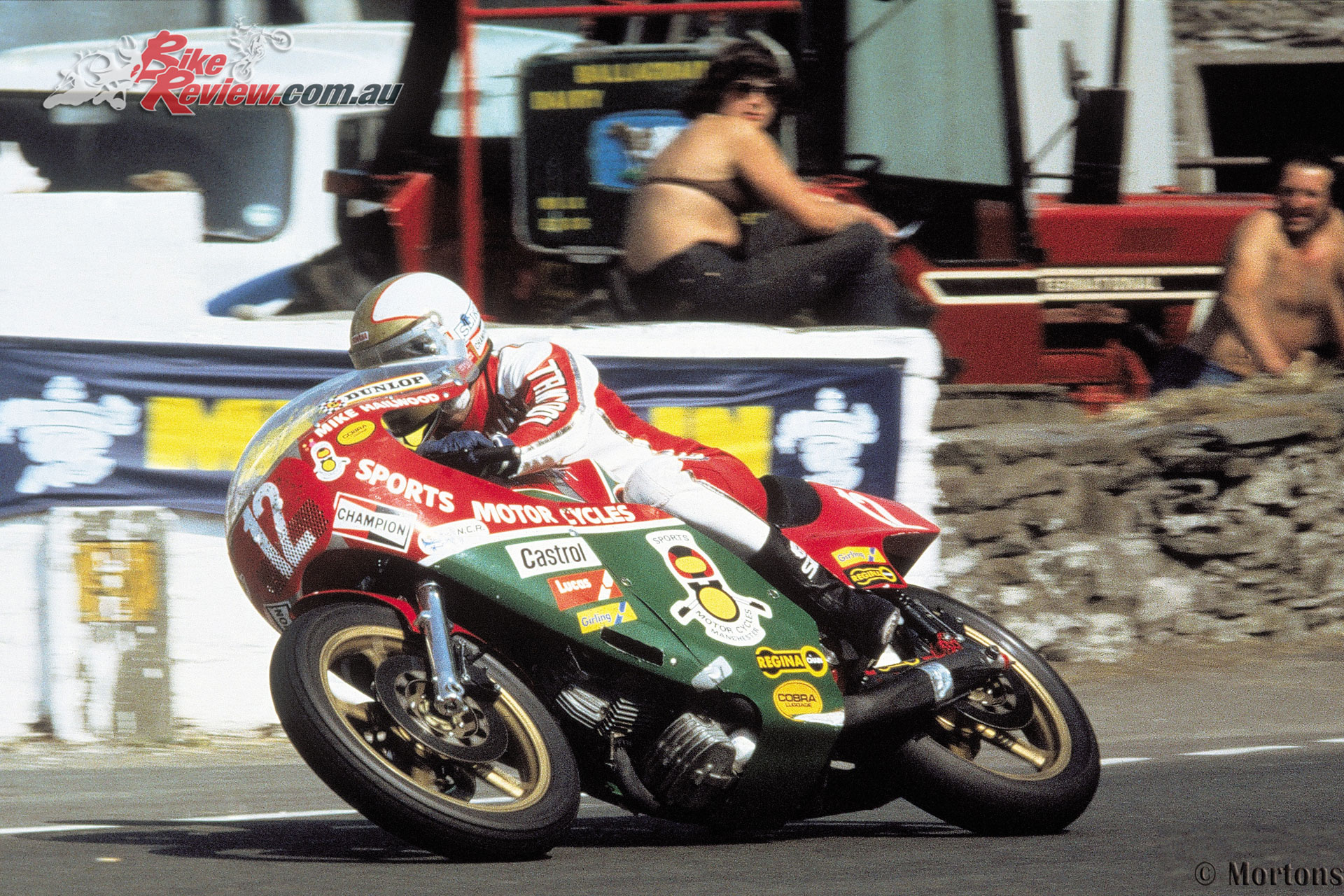 Monday’s Race programme is bisected by the Classic Racer Magazine Lap of Honour; the chance to see some of the most memorable and some long forgotten machines and marques once again navigating the Mountain Course before the meeting reaches its climax with the RST Classic TT Superbike Race which has seen so many thrilling races, lap records and remarkable lap and race times by machines that belie the term Classic.

And this year it’s easier than ever before to experience in person all the drama and excitement that this unique event throws up. Information on travel and accommodation options, grandstand seats, an extended choice of special events and Official VIP Hospitality Experiences are available from the Classic TT’s Officially Licensed Travel Partners.