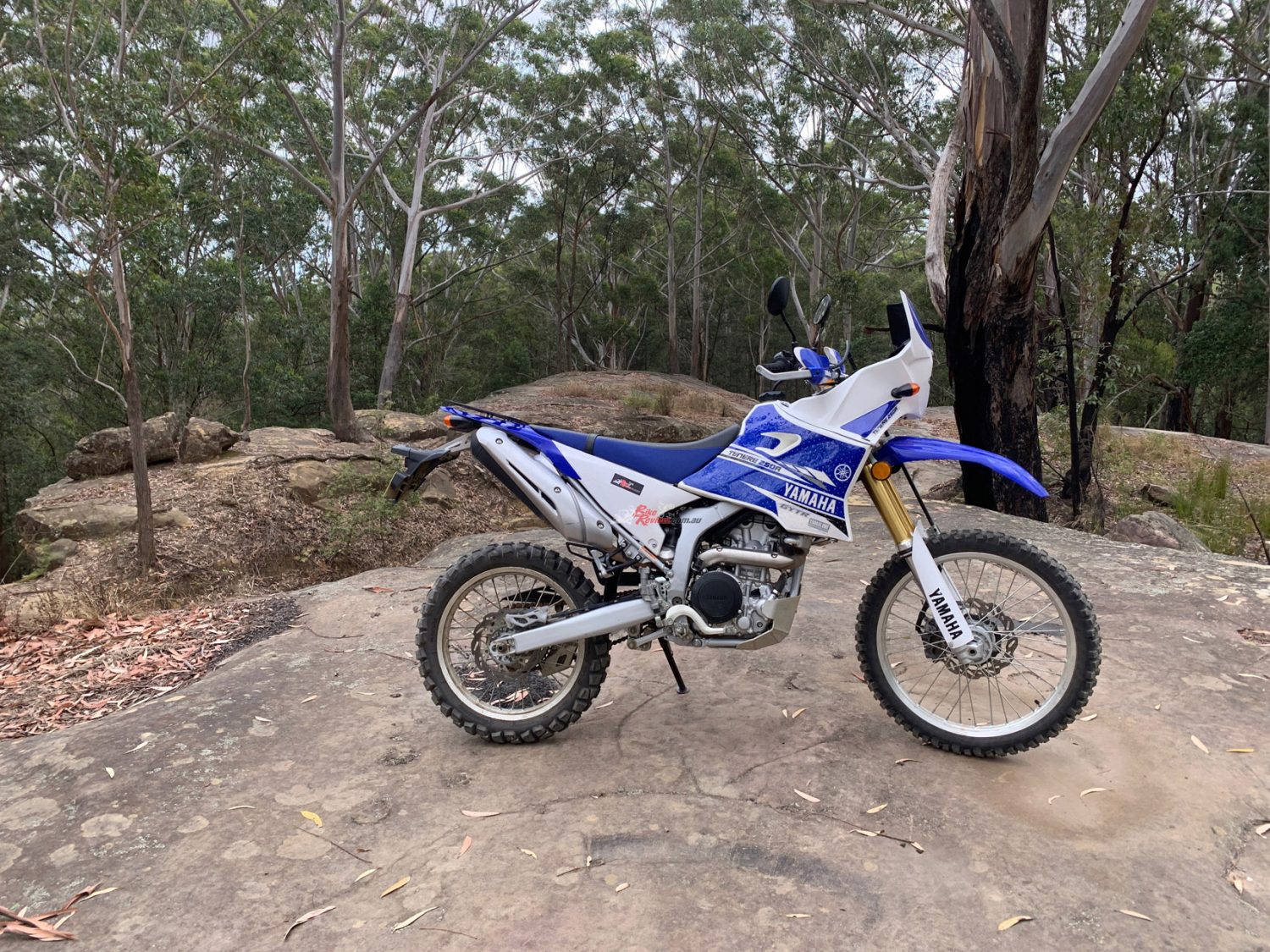 Off road on fire trails, dirt roads and all but muddy surfaces the Adventurecross hoops easily do the job for average adventure riding activity.
Product ReviewTyresGear & Products

Jeff has been out testing the Bridgestone Battlax Adventurecross AX41. Check out how the aggressive adventure hoops stood up to our long term on and off-road tests...

After running our WR250R in on Bridgestone Trailwings, we upgraded to the FIM Dot spec proper road legal enduro tyre, the Bridgestone Battlecross E50. We loved those off road but needed more road stability, so fitted the Battlax Adventurecross tyres… 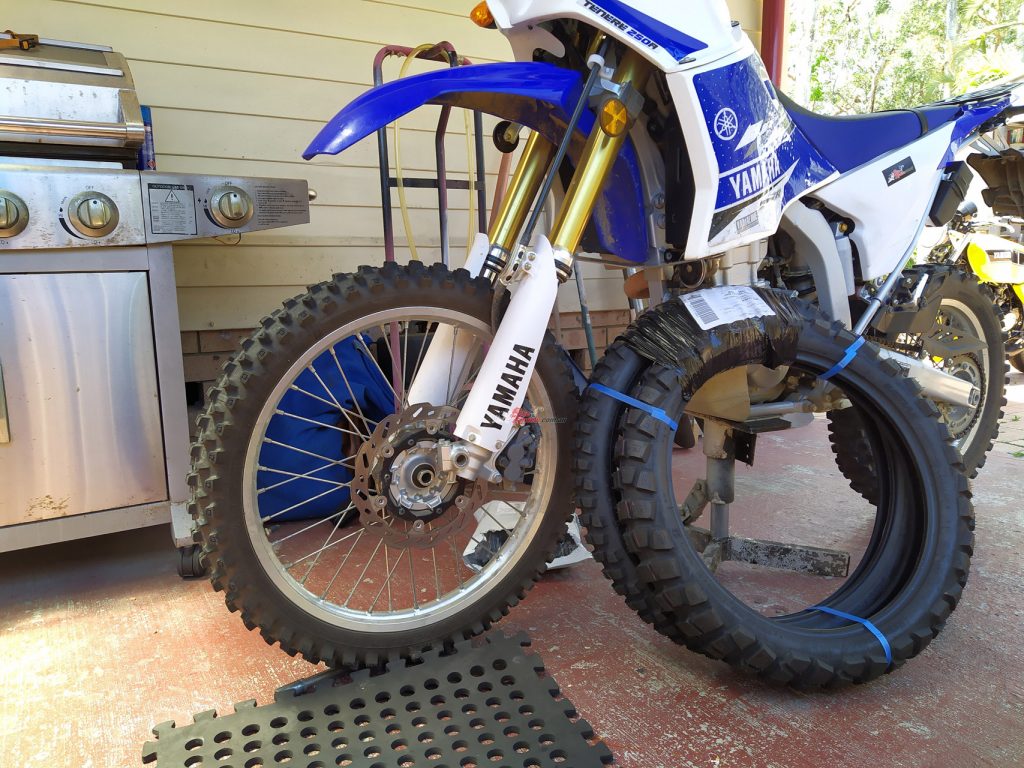 The Adventurecross tyres have much larger more stable blocks than the E50s and are designed for adventure riding but sensibly available in sizes to suit the popular WR250. They were the perfect choice for us for our little Tenere.

The Battlecross tyres had transformed the handling and capabilities of the WR250R and you can read Jeff’s review of those here. However, although they were great in the dirt of course, they are really only designed for transport staging or where legalities require them to be road legal. As we do a lot of miles on road on the WR250R, the Adventurecross tyres worked out brilliantly while still allowing us to have fun in the dirty stuff and explore off the main roads whenever we saw an interesting turn off. 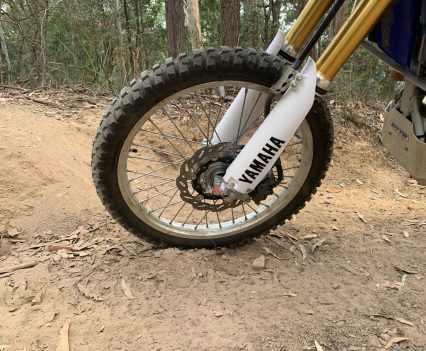 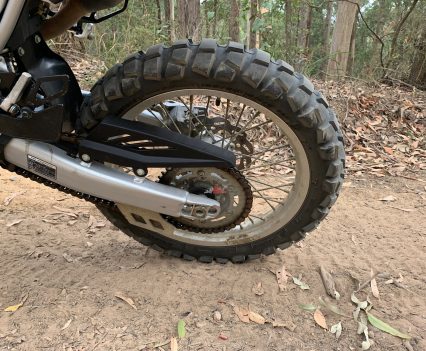 The Adventurecross tyres were fitted by hand by Tony ‘Pommie’ Wilding while he had the bike. He had used the E50s a lot and was very impressed with the AX41 on the daily tarmac commute and in corners on the road, he said they completely transform the bike, and I have to agree. 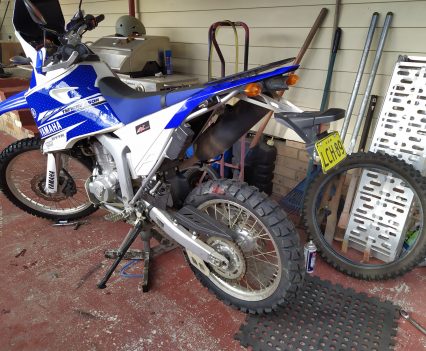 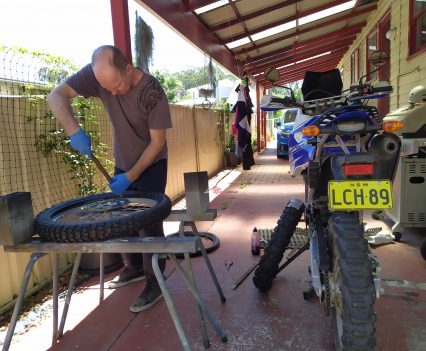 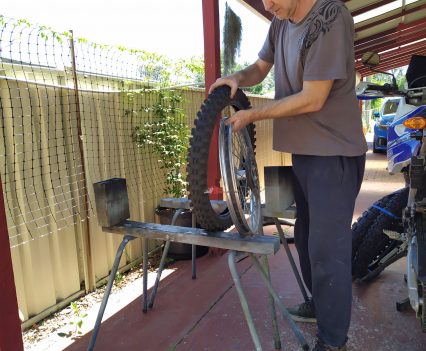 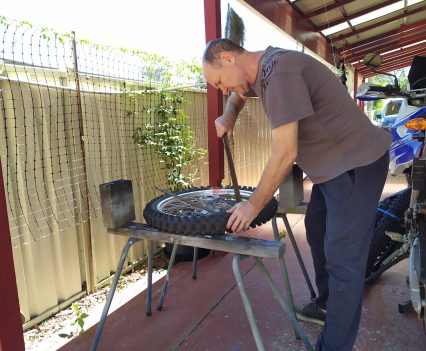 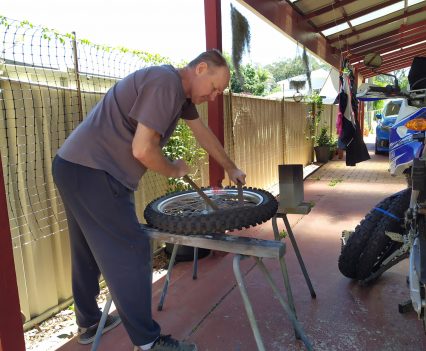 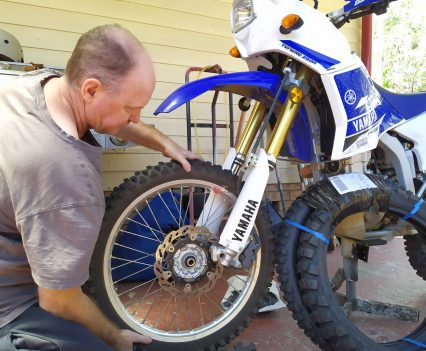 Compared the the Trailwings, the AX41 are like proper road tyres. They are smooth, vibe free mostly, give good feel and feedback and once they get some heat in them they have good cornering grip too. In the rain on the road they are also a huge improvement over the OEM tyres and in general are a good road tyre that on hand over of the bike we had 3000km on and barely any wear. 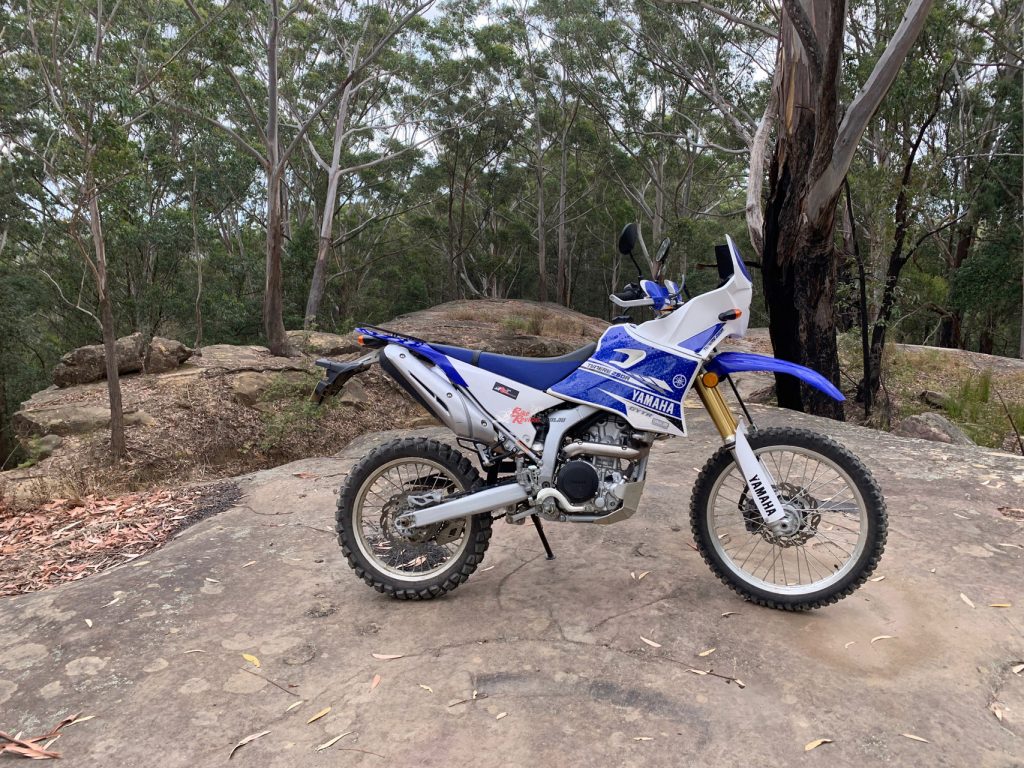 Off road on fire trails, dirt roads and all but muddy surfaces the Adventurecross hoops easily do the job for average adventure riding activity. In all honesty there was nowhere that the tyres limited the riding I was doing on our WR.

Being a harder tread block with a hard carcass as well, feel and traction is not going to be as good as a pure off road tyre but there always has to be a compromise and the on-road and dirt road performance of the AX41 is so good that it is a trade off I was more than happy to accept. 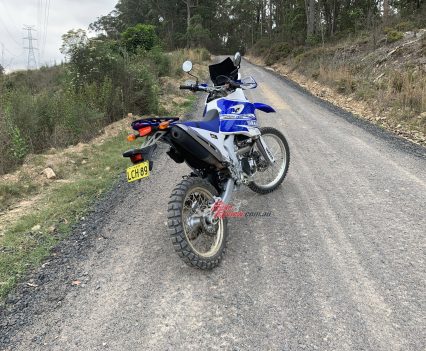 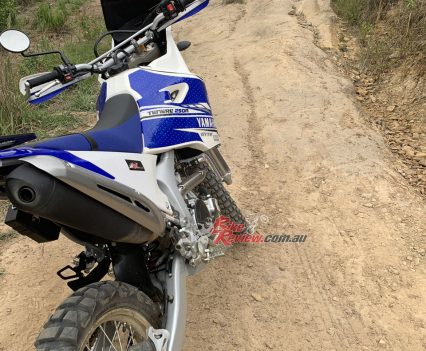 At first I questioned whether a tyre designed for a big heavy adventure bike would suit the little WR but it worked well and certainly gave no disadvantages that I could find in terms of general use and recreational off-roading. I would definitely recommend giving them a go… 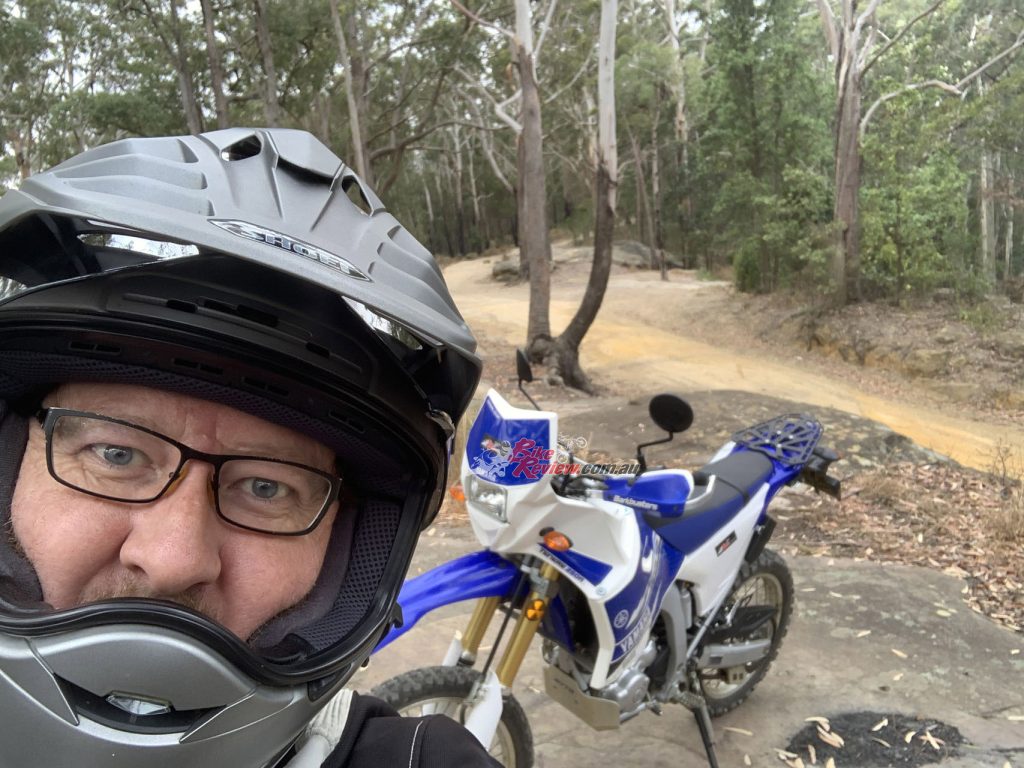 Tech Talk
As can be seen by the tyre’s name, the Battlax Adventurecross AX41 is mix of Bridgestone’s know-how in the standard trail on-road category with Battlax technology and state of the art block positioning in the off-road world with the Battlecross series. 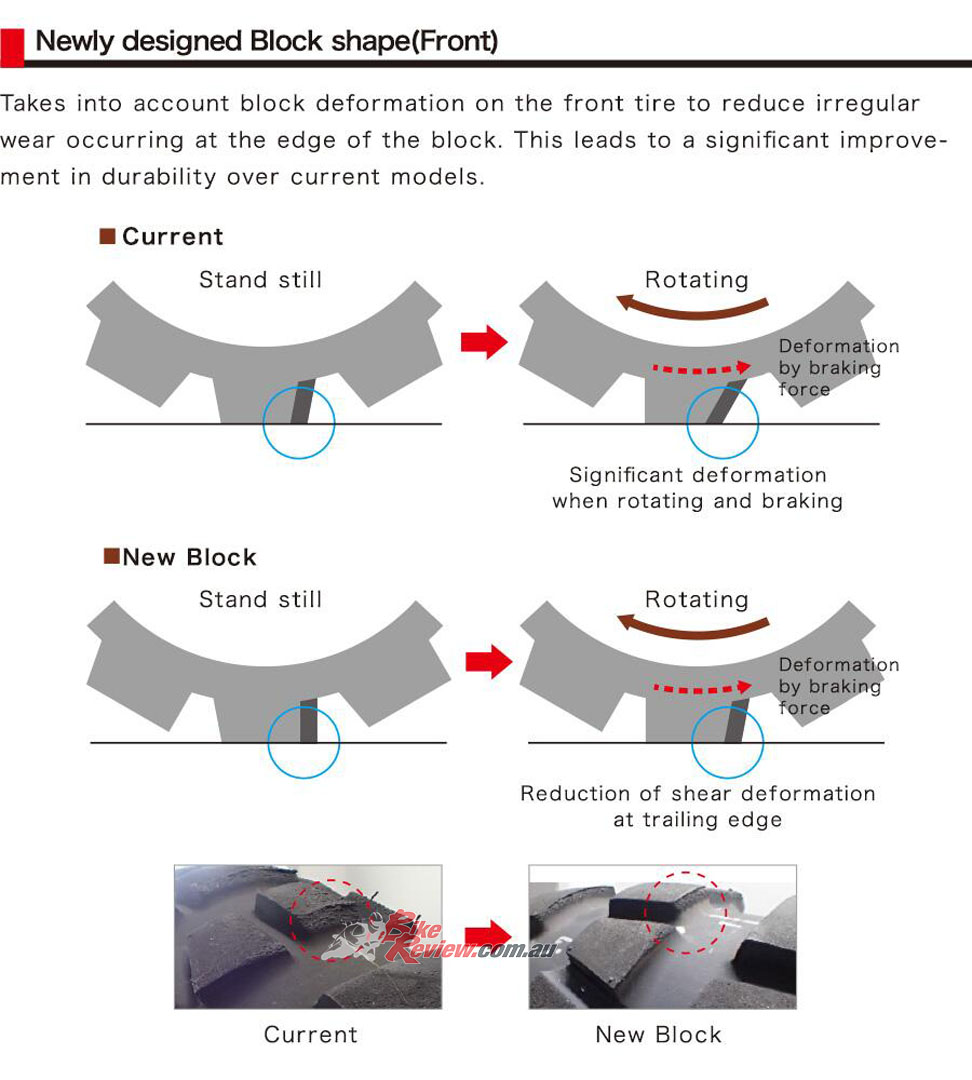 An increase in both compound rigidity and strength compared to the trail, on-road Battlax Adventure A41 ensures the balance between durability and off-road performance, while ‘Anti – Irregular Wear Technology’ reduces the heel and toe wear at the trailing edge of the block thanks to block deformation under braking forces constraints. This new block profile counters the deformation and ensuring the durability of the tyre, meaning better performance and tyre life for riders. 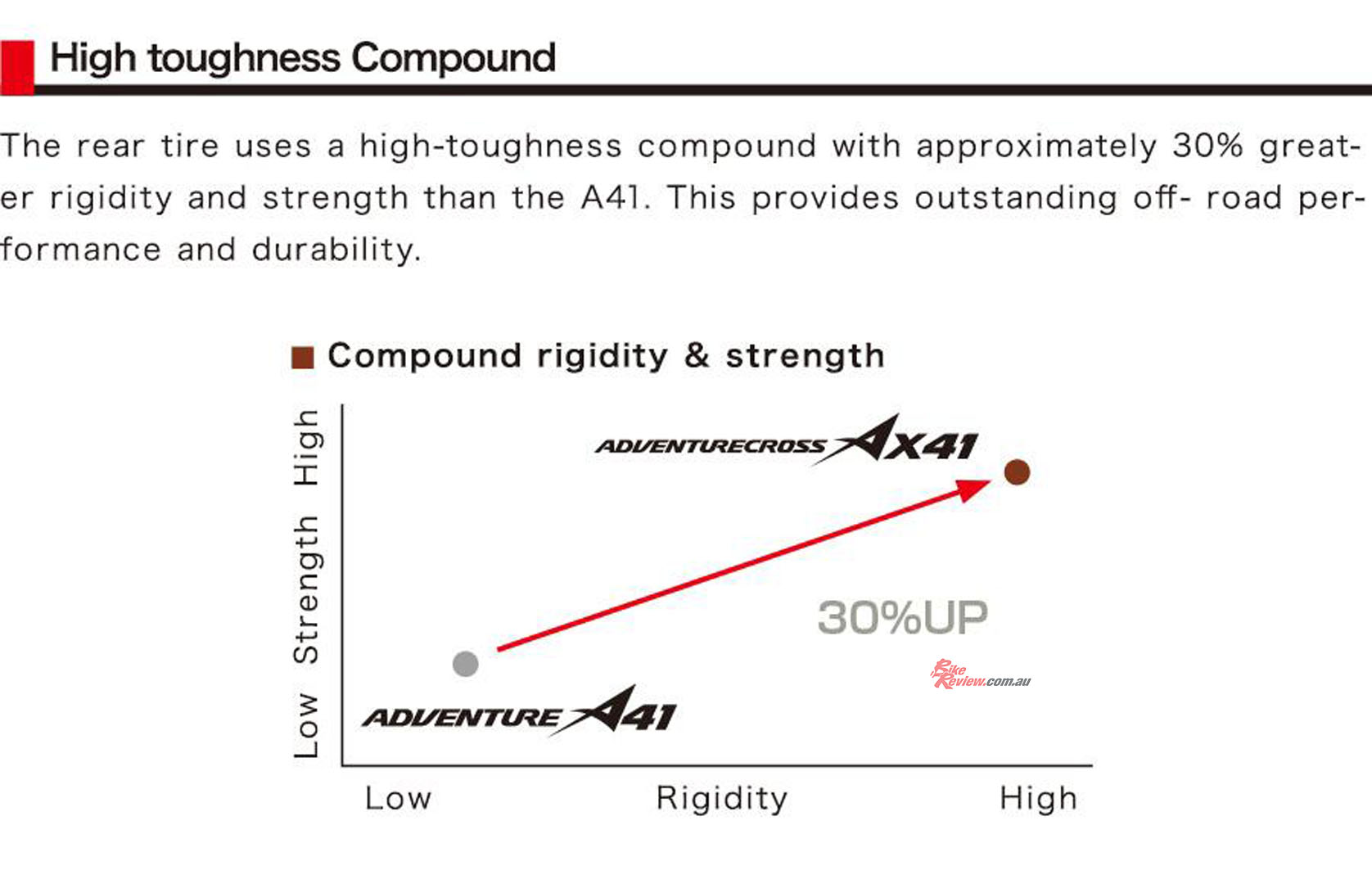 An increase in both compound rigidity and strength compared to the trail, on-road Battlax Adventure A41 ensures the balance between durability and off-road performance

Clear off-road performance increases are also seen, even compared to Bridgestone’s Trail on-off tyre, the TW1XX (TrailWing series), and good on road performance ensures jumping from the road to any other terrain safely is easy. 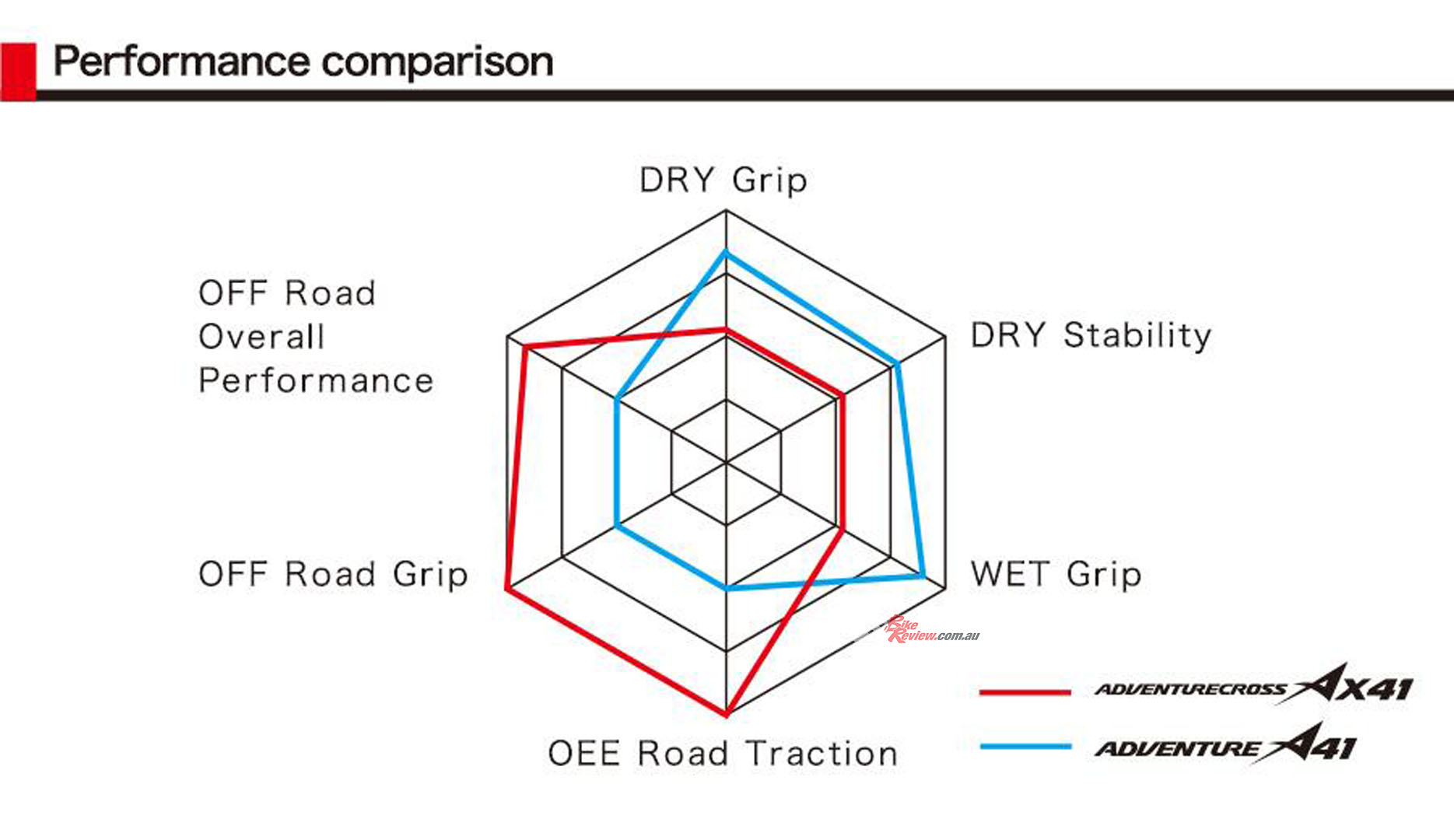 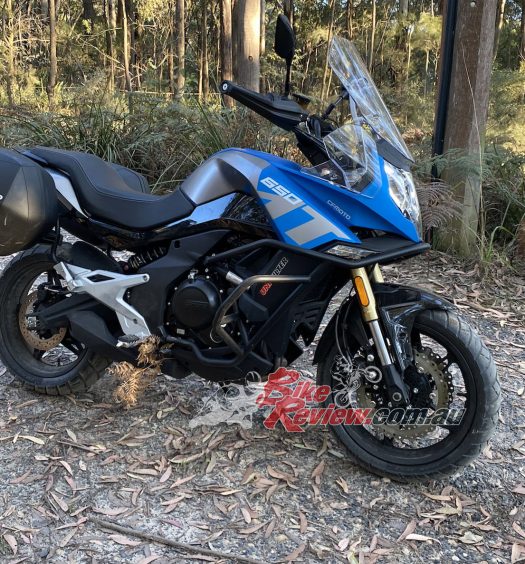 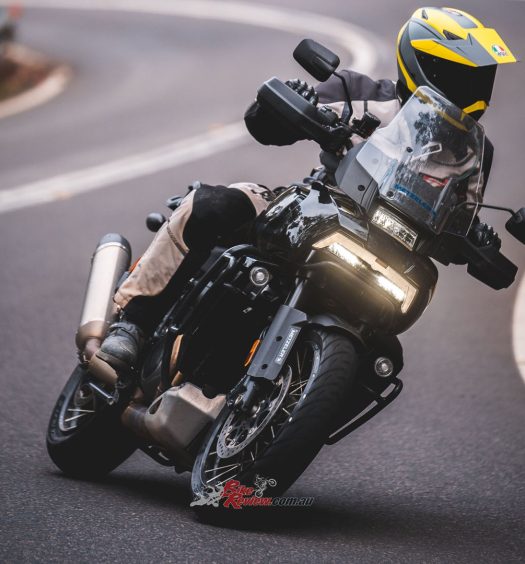