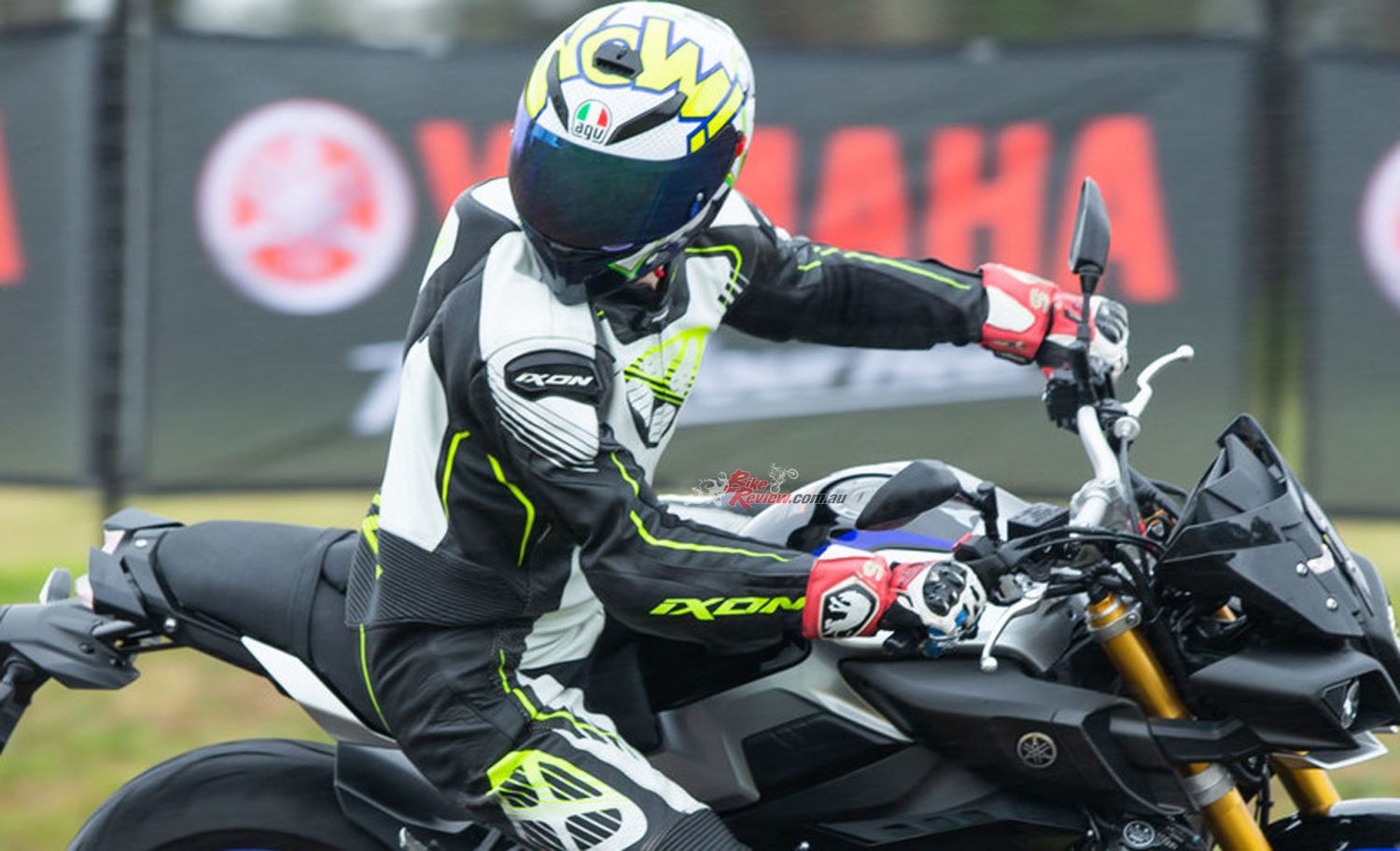 It's been six months of riding with the AGV K3 S-V helmet for Zane. Check out how well it held up, spanning across three seasons of riding... Words & Photos: Zane Dobie, iKapture.

It’s been six months since I received a package full of new riding gear from Link International. Since then, the AGV K3 S-V, Macna Individi and Macna Imbuz have become part of my go-to gear when it comes time to throw my leg over a bike. 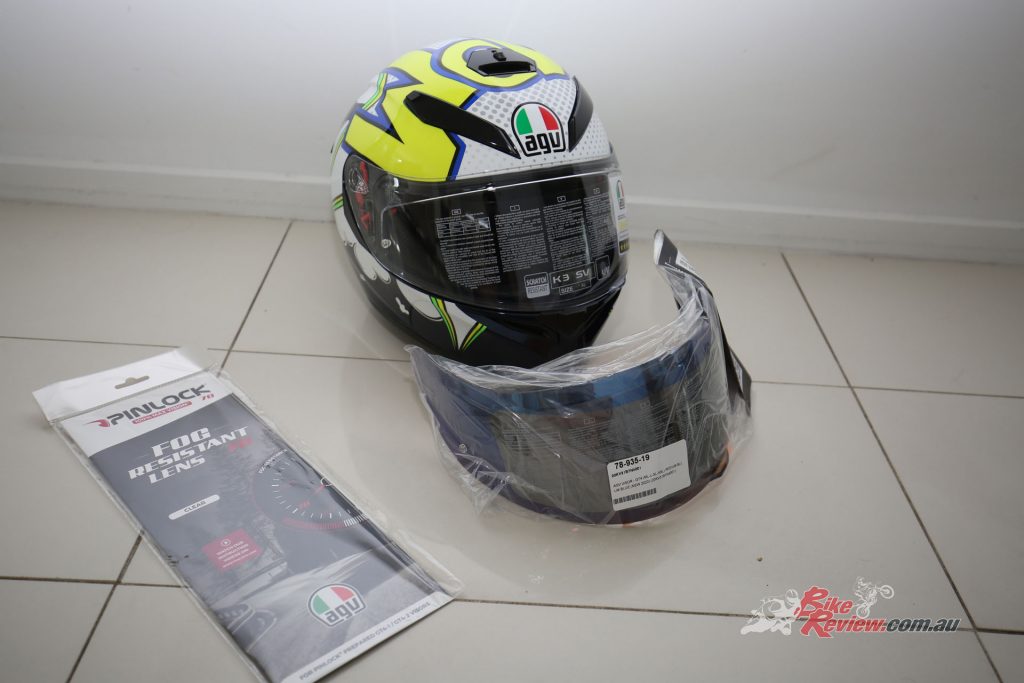 Check out all of our gear reviews here…

As a bit of a helmet snob, I go into all my helmet reviews without looking at the price tag, and this is where the AGV K3 S-V surprised me. It has been the only helmet I’ve worn for the past six months due to its lightweight and comfortable structure. I thought for sure it would have a price tag with four digits, but I wasn’t even close! The lid comes in with an RRP of $369, not to mention you can get them even cheaper without graphics. 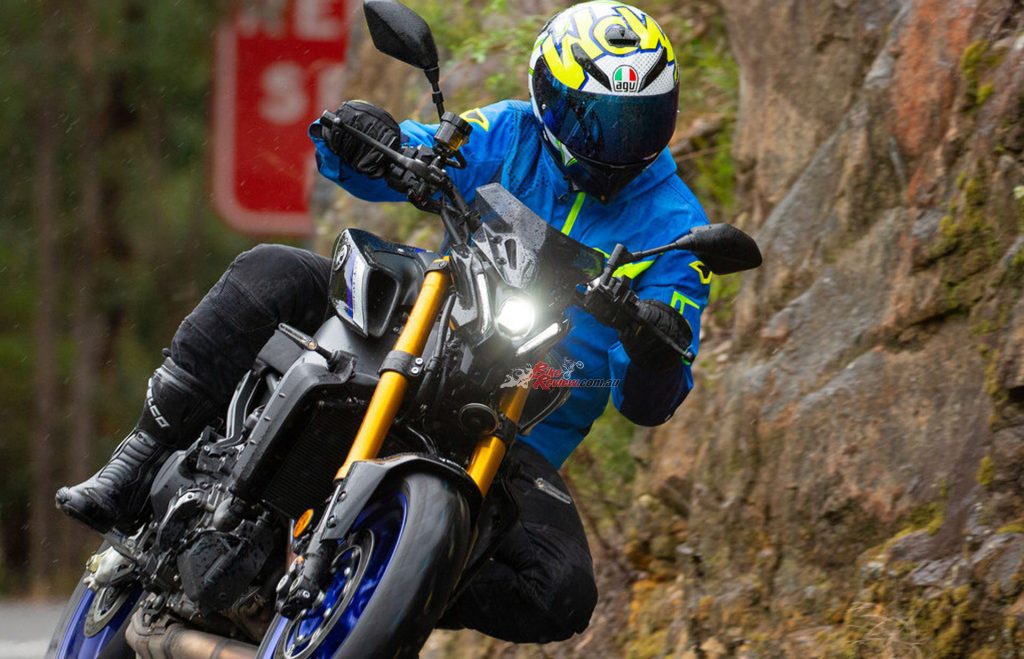 “I thought for sure it would have a price tag with four digits, but I wasn’t even close! The lid comes in with an RRP of $369, not to mention you can get them even cheaper without graphics.”

The K3 S-V replaced a full carbon-fibre lid from a competing brand as my daily helmet due to it’s minimal weight and ability to accomodate my glasses. The fact that it wasn’t made out of carbon-fibre put me off at first but when you pick it up, the weight difference between the K3 S-V and a full carbon lid is completely unnoticeable. 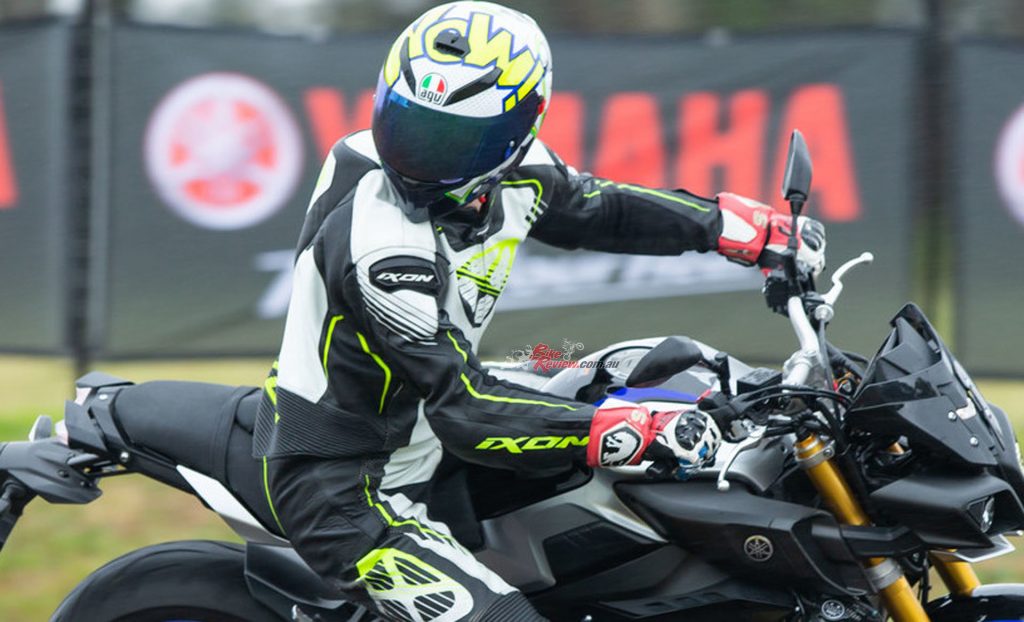 The AGV K3 S-V comes in plenty of different colours and liveries, we opted for the “Bubble” livery.

Just after the delivery from Link turned up at my house, I had the MT-09 launch, which featured a track day, I thought this would be the perfect chance to check out how the K3 S-V stood up to 200km/h+ speeds. Safe to say I wouldn’t mind this lid replacing my track helmet too, the wind noise is quieter than most even though we were testing bikes without a windshield. 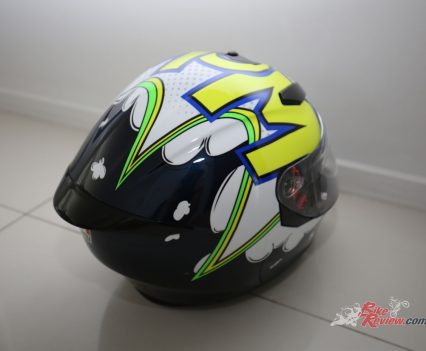 The diffuser isn’t just for good looks, it has aerodynamic capabilities. 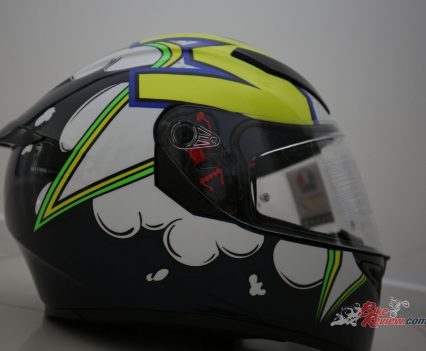 The K3 uses a Pinlock system for the visor.

I’ve been on a few long haul rides with the AGV too and it’s a seriously comfortable helmet. It has plenty of soft padding to ensure it fits well but isn’t squishing your head, which is perfect for glasses wearers like myself. Finding the right lid that doesn’t sandwich your glasses arms to the side of your head is a pain in itself, but I had no issues with the K3 S-V. 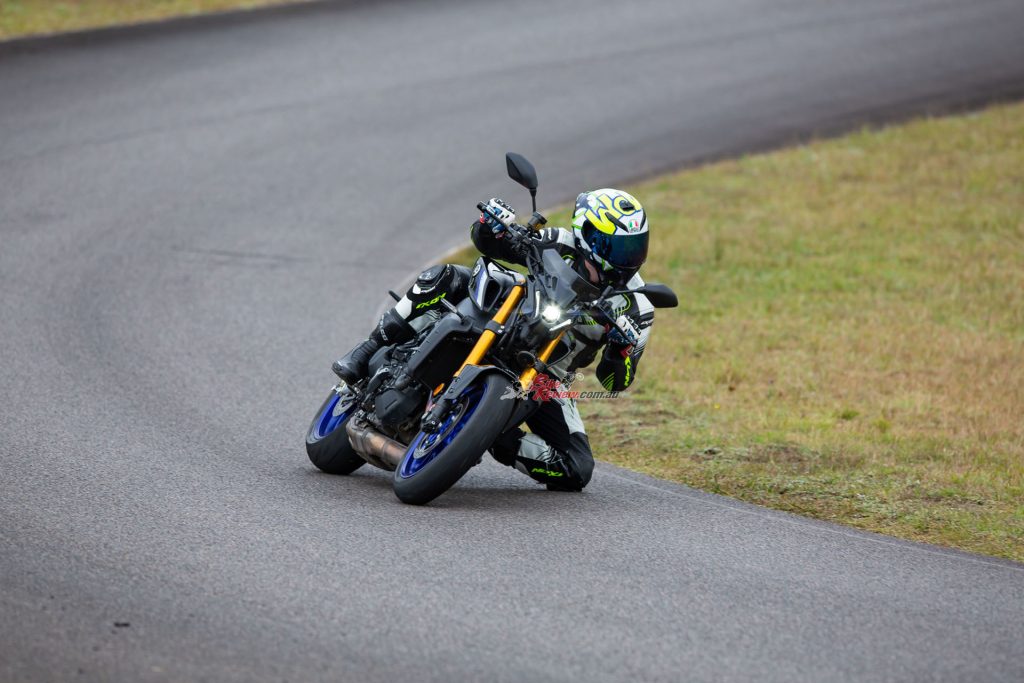 Speeds in excess of 200km/h were no issue for the stand-out K3 S-V, despite riding a bike without a windshield.

I’ve never been a huge fan of clear visors, so the first thing I did was swap the clear for a GT4 Iridium Blue visor and glare wasn’t an issue at all. Neither was visor fog, with the plenty of ventilation sections throughout the helmet and a Pinlock. Plus, the Blue matches the “Bubble livery” and my Imbuz jacket, so it was an easy choice for me but AGV have plenty of different tint colours to choose from! 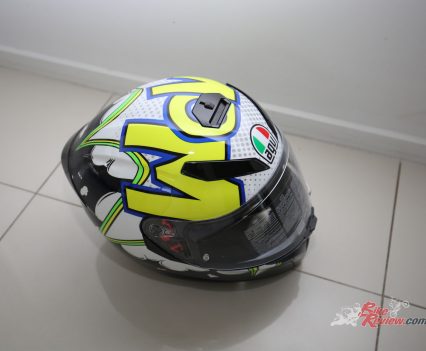 Plenty of ventilation systems to keep your head cool. 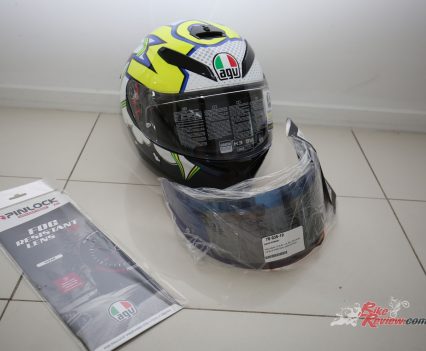 Tinted visors and other accessories are available through AGV too. 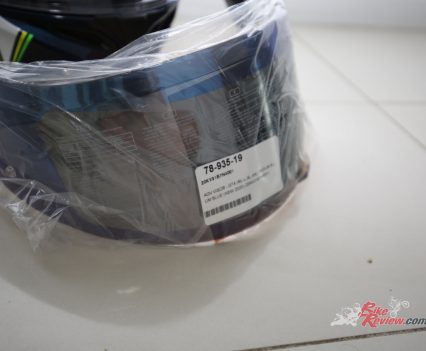 The Iridium Blue visor to keep the sun out of your eyes. 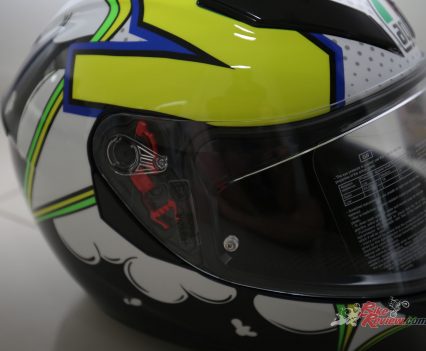 Also featured is a removable sun visor, breath deflector and chin strap protection, with removable liners and a quick release helmet retention system. Available in sizes XS-XL, the “Bubble” design I have has an RPP of $369 RRP. Along with the GT4 Iridium Blue visor with an RRP of $129 and the fog resistant Pinlock 70 lens with an RRP of $59.

It’s been six months of riding with the AGV K3 S-V helmet for Zane. Check out how well it held up, spanning across three seasons of riding… 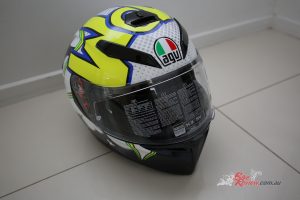 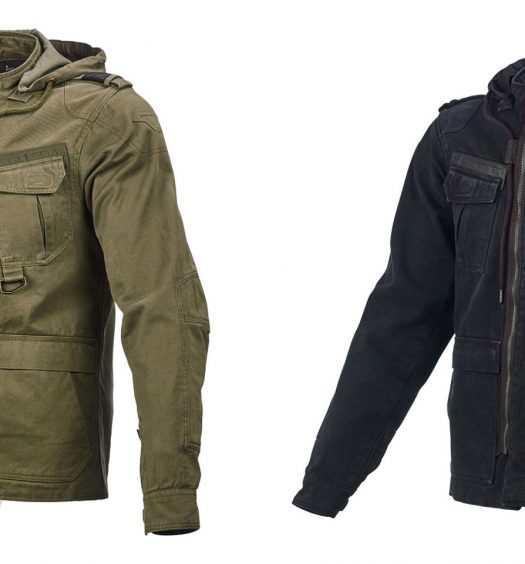 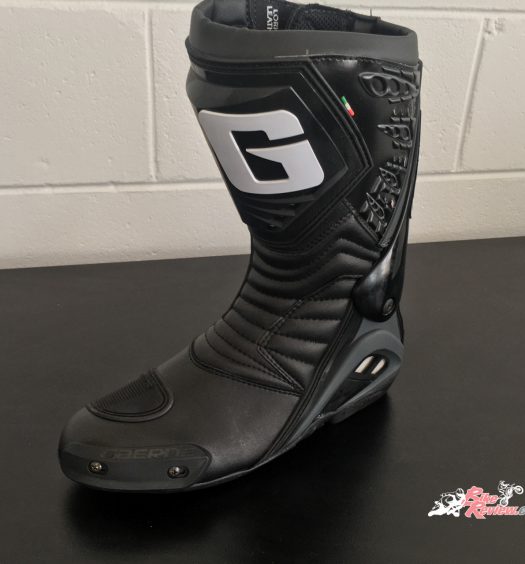