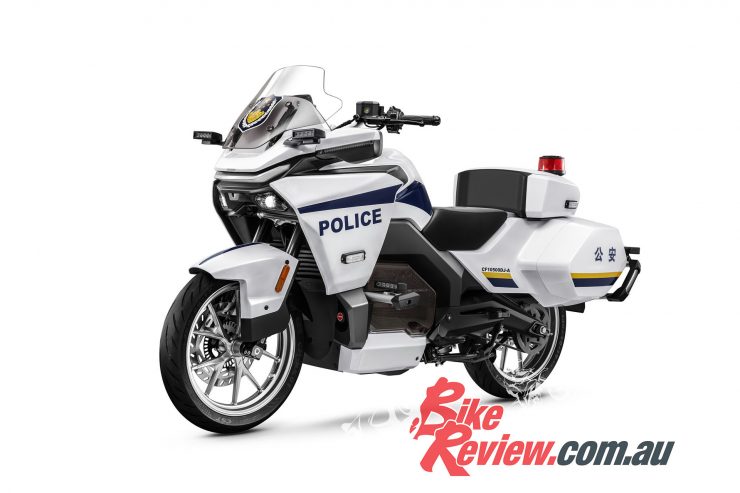 CFMOTO has unveiled their first electric motorcycle while laying the foundations for the fast-growing company’s forthcoming electric sub-brand. CFMOTO say that the 300GT-E represents the first steps towards investing heavily in a sustainable future of renewable-energy vehicles. 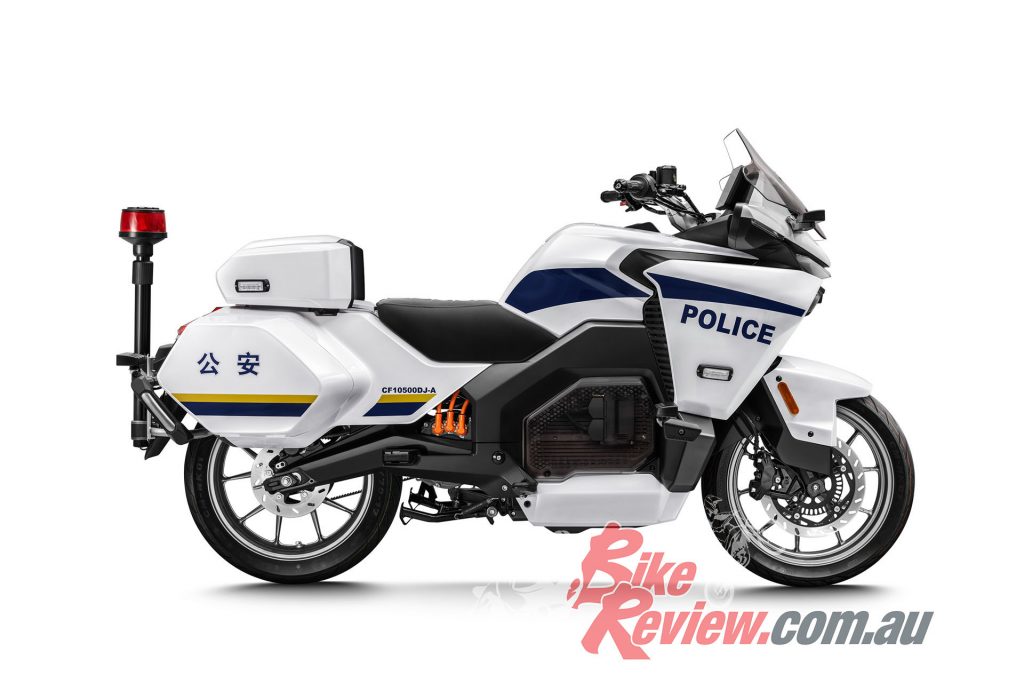 CFMOTO look to create a sustainable future with the 300GT-E as the brand continues to forge into the future.

Purpose-built to meet the demands of police departments across China’s mega cities, the CFMOTO 300GT-E features a vast array of technology including an efficient electric drivetrain, smart connectivity and rider safety.

At the heart of the CFMOTO 300GT-E is a water-cooled power drive which, along with a high-density lithium battery cell, is mid-mounted for a low centre of gravity and better handling characteristics much like similar electric motorcycles. The 300GT-E has a power output of 18kW and a top speed of 120km/h while the battery cell has a claimed range of 150km with fast-charge capabilities. 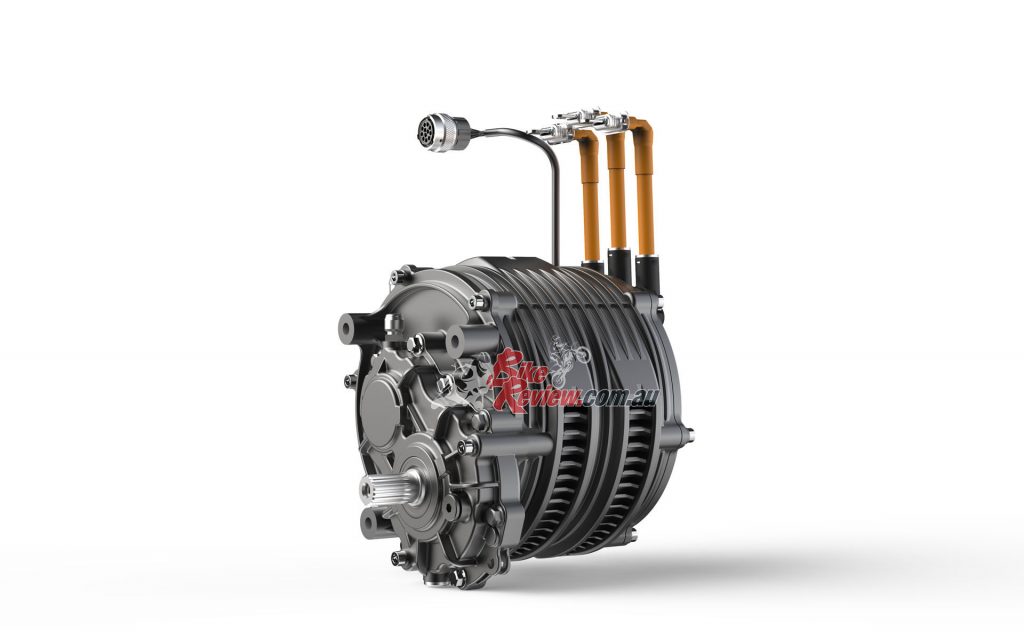 The little electric motor tops out at a claimed 120km/h and is perfect for the urban needs of China’s police force.

The integrated onboard connectivity system was made to accommodate police communications, thus interlinking with police databases. The bike also features support for cloud-based vehicle status and live location updates, built-in satellite navigation via a 7.0-inch TFT screen as well as keyless ignition. 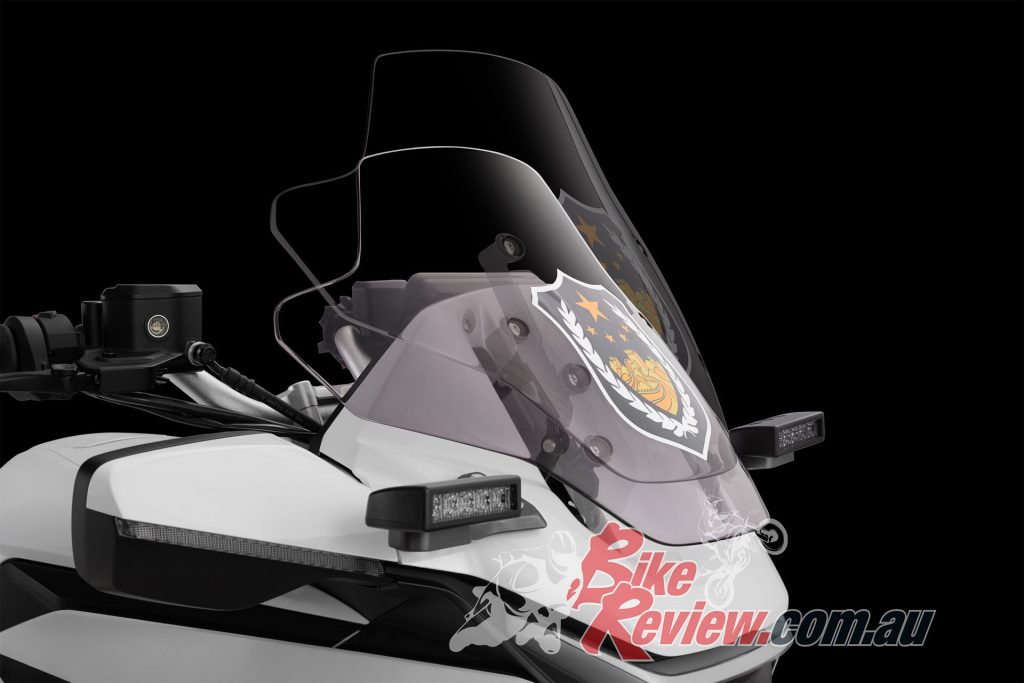 The bike includes built-in satellite navigation via a 7.0-inch TFT screen as well as keyless ignition.

While the battery only has a range of 150km, the bike has fast charging capabilities.